Top 12 Disneyland Attractions That Make Your Visit Worth While 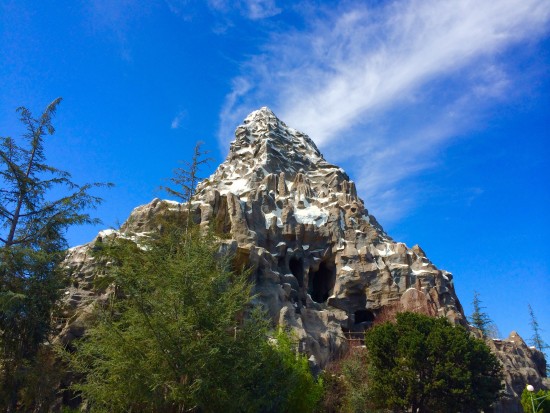 My past trip to Disneyland for the D23 Expo last month was nothing short of spectacular.  Spending my first full vacation at the Disneyland Resort after being so used to visiting Walt Disney World all my life caused two primary reactions/emotions… The first was a sense of familiarity as I entered Disneyland Park–Because of its similar layout to the Magic Kingdom, I felt like I knew where attractions/restaurants/shops were located, what to expect, how to navigate through the crowds, etc… But the second reaction was filled with surprise–instead of Town Hall Theater (where I’m used to meeting Mickey Mouse and Tinker Bell), I saw Great Moments with Mr. Lincoln, I was able to walk in Sleeping Beauty Castle, Star Tours was located in Tomorrowland, Splash Mountain was located in Critter Country, and both parks in this resort, Disneyland and Disney California Adventure, are just a short (really short) walk from each other.

Through all the similarities and differences between Disneyland and Walt Disney World, I absolutely loved my time spent at Disneyland in mid-August.  To reflect on what I was most pleasantly surprised to experience there, let’s take a look at some of my favorite things you can’t do in Walt Disney World… In Walt Disney World, I love Pinocchio Village Haus, and how Pinocchio is incorporated in Fantasmic.  Now, the thought of even more Pinocchio?  Bring it on!  Pinocchio’s Daring Journey was exactly what I’d hoped–a classic, fun, quintessential Disney darkride attraction! As a fan of both the animated and live-action Alice In Wonderland films who can’t quite handle the spinning that takes place on the Mad Tea Party, I was so excited to finally experience this attraction.  The story of Alice In Wonderland was told perfectly through this slow-moving darkride.  Filled with animatronics of your favorite Alice In Wonderland characters and projections to aid in the ride’s storytelling process, this attraction instantly jumped right onto my must-do list for each future Disneyland visit. Getting to once again ride this former Magic Kingdom attraction (and see Mr. Toad somewhere besides the pet cemetery at WDW’s Haunted Mansion) was quite a treat.  To me, the aspect of Mr. Toad’s Wild Ride that pushes it higher up on my list of favorites is the vehicle you get to ride in–these miniature motorcars are awesome.  Overall, there’s no doubt in my mind why this attraction still holds its place in Disneyland after 60 years. 9. Monsters Inc. Mike and Sulley to the Rescue

Don’t get me wrong–I love Monsters Inc. Laugh Floor over in the Magic Kingdom, but I’ve always wanted to ride “Monsters Inc. Mike & Sulley to the Rescue!”  Re-creating the “monster world” we know and love from Monsters Inc., this attraction puts you right in the middle of the most notable scenes from the Pixar movie that inspired it.  I was in awe by the seemingly replicated “door warehouse” and can’t get enough of the interactive Roz who served as a fantastic send-off at the end of the attraction. Of course, this list couldn’t be complete without the element of thrill!  California Screamin’ is, in my opinion, the most thrilling, adrenaline-stimulating attraction in either park at the Disneyland Resort.  As you wander the paths of Disney California Adventure, you can’t miss the screams emanating from this gigantic roller-coaster’s signature loop. Built off of the beloved vintage E-ticket Disneyland attraction, Submarine Voyage, this ride is not only the home of a perfect photo-op while the monorail passes by overhead, but also filled with detail from the beloved Pixar film, Finding Nemo.  I’ve never experienced anything like this before in a Disney park–in the middle of the attraction, I found myself so embedded in looking through the circular glass to see every little detail that I was leaning forward, almost as close to the glass as I could get.  I then sat back in my seat and took a look around the submarine and noticed the rest of the guests were also so incredibly captivated by the underwater storytelling, which is a perfect testimony of how successful this ride is. Hmm… This sure looks (and smells) a lot like DINOSAUR from the Animal Kingdom… Anyway, I was highly impressed with the effects (especially when your vehicle moves backwards, and then rushes forward to avoid the huge rolling ball) and level of this attraction’s intensity. Yes, I know there’s also a Space Mountain in Walt Disney World, but this had to be my one exception!  I can’t say that I prefer one over the other, but Disneyland’s Space Mountain provided such a different experience than what I was expecting.  Filled with an abundance of lighting effects, a much more prominent on-ride soundtrack, a series of repeated banking turns, and the most obvious difference being that guests sit in groups of two instead of sitting with one rider behind the other (as in Walt Disney World’s version), this is undoubtedly an absolute must-do! I was definitely one of those fans of Snow White’s Scary Adventures who couldn’t find any satisfaction in Princess Fairytale Hall’s replacement of this classic darkride.  You can only imagine the excitement that came over me when I got to re-ride one of my favorite attractions from my childhood. Not only was this show exactly what I hoped it would be… It was even better!  Paul Frees’ narration stirred the feeling of nostalgia from Walt’s admiration of Abraham Lincoln that lead to the famous original Lincoln audio-animatronic.  The emotional words spoken by such an accurate and lifelike Abraham Lincoln were so moving–maybe even more so than the content of The Hall of Presidents.  Two more side notes that I just can’t leave out when talking about Great Moments with Mr. Lincoln are: Even if you’re not a fan of fast rides, Radiator Springs Racers is such a unique attraction that it is still worth seeing.  These massive rock formations, arguably the centerpiece of Cars Land, are almost too amazing to believe!  Just watching the cars drive by (near the exit of the attraction) is a must-do in and of itself. I could not get enough of the Matterhorn on my trip!  It was the first attraction that I just had to ride twice and immediately made me realize why it’s considered to be such a timeless classic.  I can’t say enough about how much I enjoyed this ride–from its violent and rough turns to the final dip that takes you splashing into the water, I loved it all!  My next ride on the Matterhorn cannot come soon enough.

When you last visited Disneyland, which attraction(s) were the highlight of your trip?