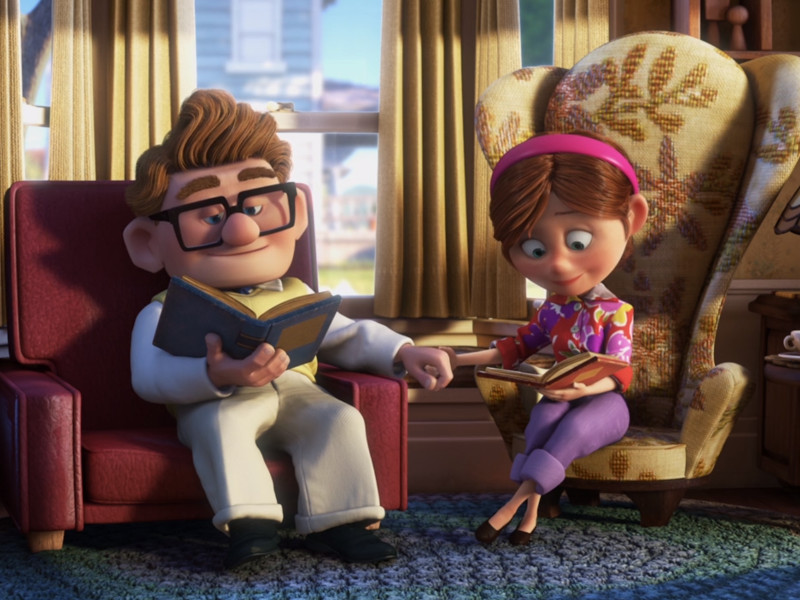 May is Mental Health Awareness Month, and what better way is there to let out a good healthy cry than to watch a Pixar movie? Here are our top 10 tear jerker moments from Pixar!

I was invited to be a guest on 10 Minute Talk Show to talk about my top ten tear jerkers from Pixar, and it was a harder list to put together than I thought. This episode also features the voice of Andy from the Toy Story movies, John Morris! He shares his #1 tear jerker from Pixar… and he did not disappoint.

Pixar movies touch everyone differently. Each Pixar character is on a different journey, with unique struggles and complex feelings— just like the fans watching these movies!

With the many different paths that these characters are on, it is no wonder that we all relate to the different Pixar characters, plot lines, and movies differently.

Although I love every movie and short that Pixar has released, the list below features the moments from Pixar Studios that had me ugly crying in the theaters. 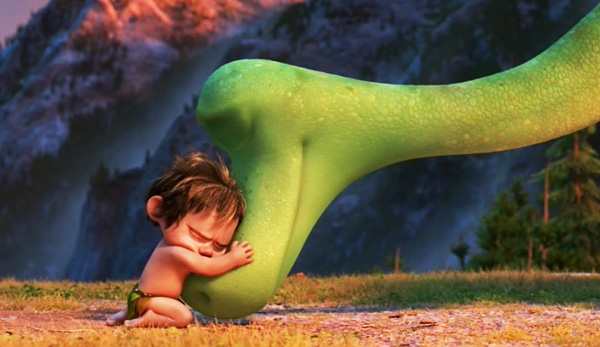 The Good Dinosaur is one of those movies that doesn’t get enough recognition. Although there were multiple tear jerker moments throughout the film, the scene that broke me was the ending.

The movie follows the adventures of Arlo and Spot, as they try to reunite with Arlo’s family. As it happens, Arlo isn’t the only one who find his family. At the end of The Good Dinosaur when Spot’s family appear, Spot doesn’t understand that he can’t stay with Arlo. I not only cried when Arlo pushed Spot away from him multiple times, but also when Arlo drew a circle around spot.

This gesture was something that the two of them understood as “family.”

Although Spot is a human boy, Pixar animated him to be very puppy-like— the eyes, the scratching, and walking on all fours! This final moment was heart-wrenching for me because I am someone who can’t imagine the thought of losing my dog, and I saw so much of my dog in this character!

9. Inside Out – Riley’s Breakdown 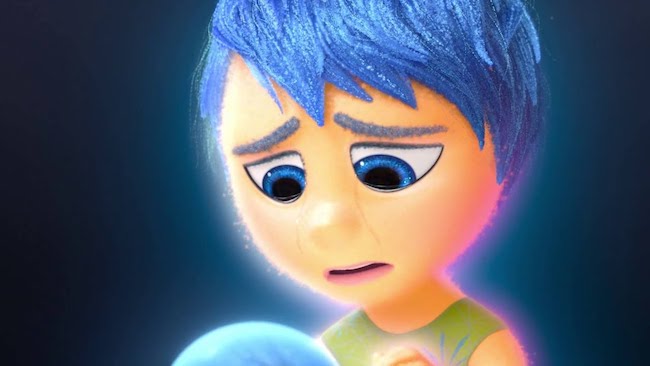 I love Inside Out for many reasons, but what I admired the most was how Pixar gave children a visual to understand our complicated emotions, and stressed how important mental health is.

Throughout the entire movie Joy is on a mission to keep Riley happy and upbeat, and a huge part of that is creating obstacles for Sadness so everything remained fine.

Joy ends up surrendering a core memory to Sadness, and Riley begins to feel everything— Riley has a breakdown.

This was symbolic of repressing our emotions, and how exhausting it is to maintain a happy disposition when you just aren’t happy.

I got choked up because I found this to be such a beautiful representation of how important and healthy is is to feel and process your emotions. 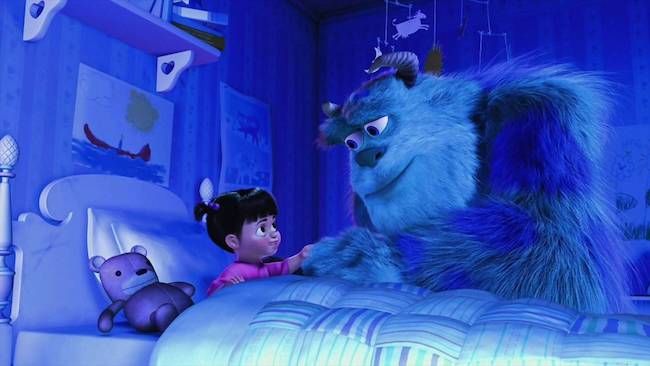 After Sully and Mike save Boo from the clutches of Randall, they are able to safely return Boo to her home through her door.

While Boo was showing off her toys to Sully, it started to dawn on Sully that he was never going to see her again. This goodbye was exceptionally sad when Sully returns to the Scare Floor and he has to watch them shred her door.

That moment to me felt so final, but thankfully Sully has a loyal and patient friend that put the door back together for him! 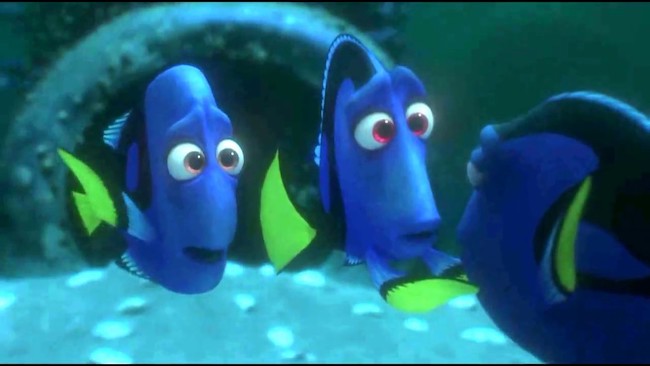 Finding Dory was an origin story that I didn’t know I needed, but I am so happy the creative geniuses at Pixar created this film.

Right before Dory is reunited with her parents she follows a trail of shells and begins to remember pieces of her past like, “Mommy loves purple shells.”

When the scene pans out, we see there is a trail of shells leading from every direction into the drain. Dory’s parents never stopped looking for her, and it is apparent when we see them swimming back with their fins full of shells.

I was on the edge of my seat this entire movie. The whole time I couldn’t wait for Ian to finally meet his dad. So when he sacrificed his only opportunity to meet his dad so that Barley could talk to him, I exploded into tears! It was this line that did me in: “I never had a dad, but I always had you.”

That line accompanied with a heartwarming montage of the 2 brothers growing up together— I was wiping my tears away with popcorn buttery napkins. 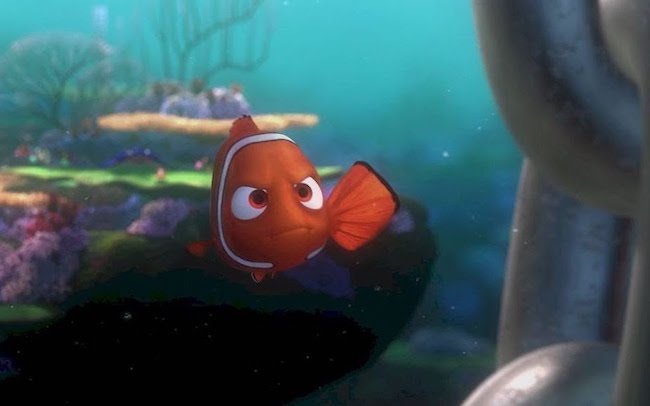 One of the cutest conversations in Finding Nemo is when Nemo and his new school pals are talking about swimming out to touch a boat— but they pronounce it “butt.”

However, from this silly conversation comes the start of Marlin’s nightmare. Nemo is taken. I get emotional by the terror Marlin experiences, as well as how hard he tries to catch up to the boat.

I still can’t believe this scene made it past the writers room! When Woody grabbed all of his friends hands and nodded at them, signaling that they must accept their fate, I really thought this was going to be the end of the gang! 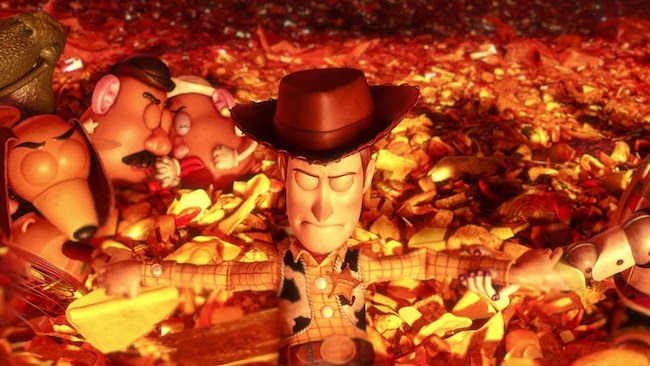 But who saw this coming— THE CLAW! I believe this is the greatest callback in cinematic history. The Aliens (aka Little Green Men) act as comedic relief throughout the Toy Story franchise. To have them save-the-day as they say their most iconic quote, “The clawwwww”, made this moment the most satisfying full circle moment I have seen in any movie. 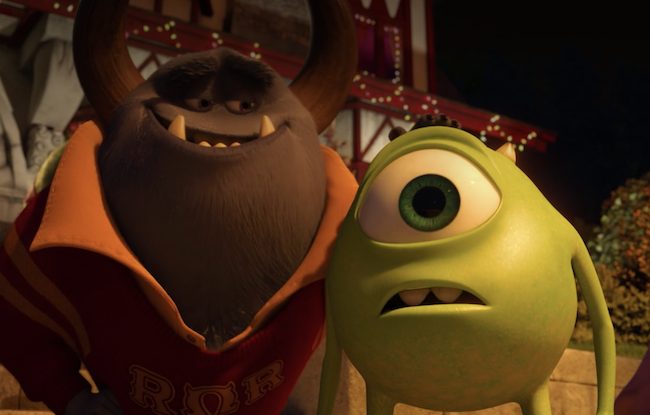 There’s no away around the fact that Sully was a real jerk in Monsters University. This is my favorite prequel of all time. Although Mike and Sully are best friends in Monsters Inc, they have so many differences. It makes sense that they actually didn’t get along when they first meet.

The scene that makes me inconsolable is when Mike and Sully go to the ROR party, and the members laugh at Mike and don’t allow him in because it’s a “party for scare students only.” Sully tells Mike that he doesn’t think Mike has a chance to be a scarer… and Mike says, “My chances are just as good as yours!”

I relate to this moment because when I was in college, I never felt like I had a place, no matter how hard I tried. Just like Mike, I worked tirelessly to get into my dream school, just to be rejected by the students and clubs once I got there. 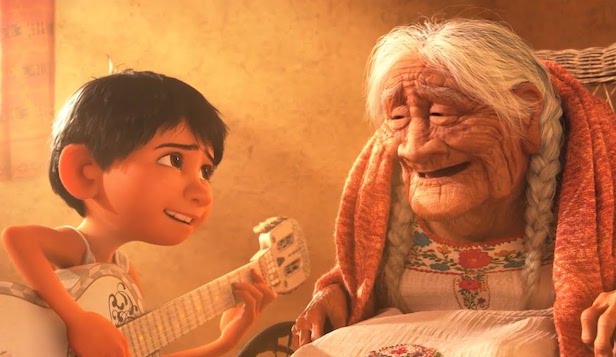 Coco is a movie jam packed with adventure, and I almost believed that I was going to leave the theater without crying. Pixar got me with only a few minutes to spare as Miguel rushed home from the cemetery to save Hector in the Land of The Dead.

When Miguel sings Remember Me to Coco, and Coco is reminded of her father, I didn’t have enough tissues! These sad tears turned to happy tears when Coco reveals that she has the missing piece of the ripped photo, and Hector is saved! 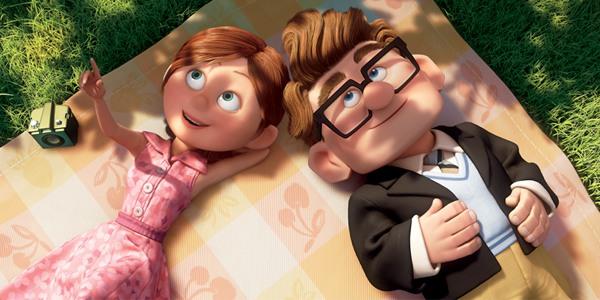 Anyone who has seen Pixar’s Up, knows exactly why this is in my #1 spot.

I believe this tear jerker is the most famous Pixar sequence of all time. This beautiful opening scene takes us through the entire relationship of Carl and Ellie in a matter of minutes.

We meet Carl and Ellie as children and watch the highlights and struggles of their adult lives, that then turns into old age, accompanied by the beautiful instrumental that is appropriately titled “Married Life.” 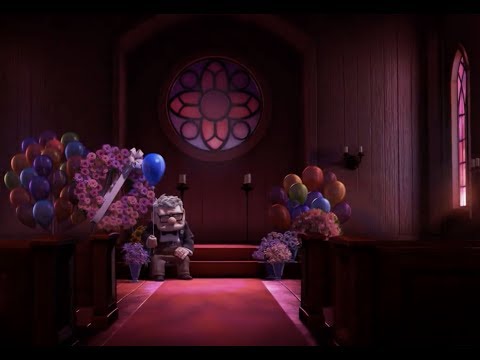 Arguably, there is more character development, substance and emotion in the first 8 minutes of Pixar’s Up than there is in the entirety of some full movies (I’m looking at you, Twilight).

Although Pixar is known for their star-studded casts, beautiful soundtracks, and tear jerker scenes, I believe they produce the most original and “outside-of-the-box” stories, with the most beautiful messages.

Pixar takes something as simple as children being afraid of monsters in their closest and used that to create Monstropolis— an entire city of monsters, powered by the screams of children.

Through the adventures of Mike and Sully, Pixar teaches kids that laughter and happiness are more powerful than screams and tears!

What are your top tear jerker moments in Pixar films? Think we missed any extra sad ones? Let us know on our Instagram!