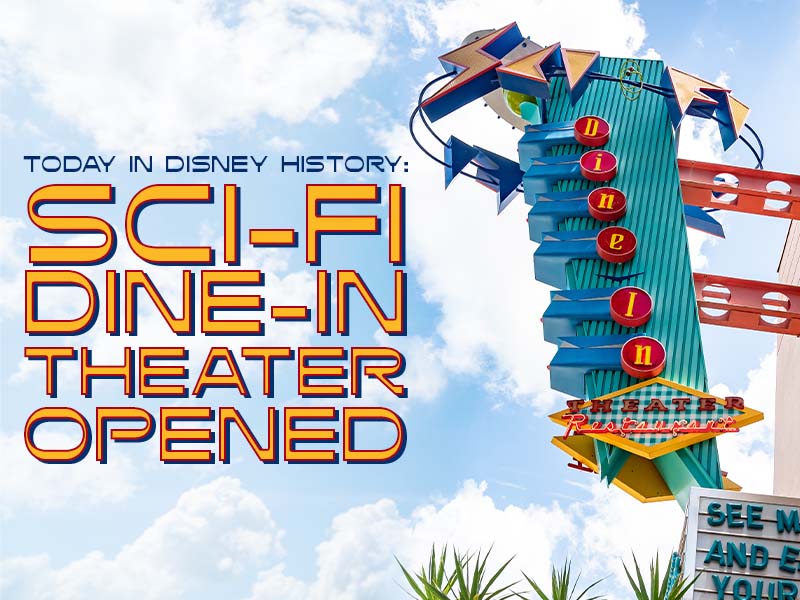 Back when the park was still called Disney-MGM Studios, Sci-Fi Dine-In Theater opened to the public on April 20, 1991.

Over 30 years later, this is still a favorite spot for a meal and some classic cinema inside Hollywood Studios. Watch out for our in-depth restaurant review in our August 2022 issue, but satiate your appetite for now with a look-back on the blog. 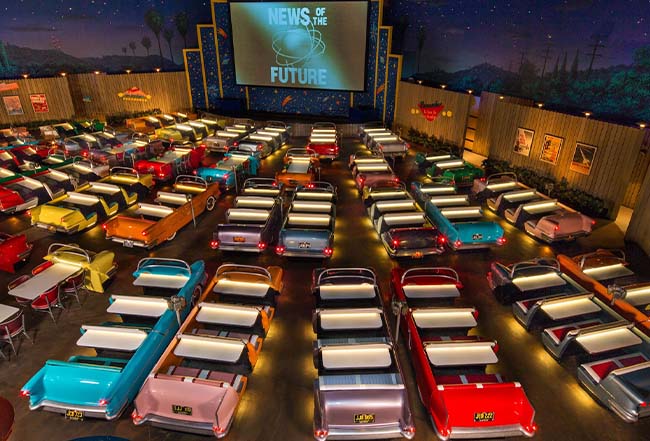 Every type of experience at the Walt Disney World Resort has a theme and a storyline, whether it be an attraction, resort, or even a restaurant. In the late 1980s and early 1990s, Disney Parks really began taking theming to a whole new level, especially when it came to the newest park to open at the time, Disney-MGM Studios.

Before Guests could experience the unique experience of a sci-fi drive-in experience at Walt Disney World, the company opened the 50’s Prime Time Cafe with the rest of Disney-MGM Studios in 1989. While themed restaurants have existed in some capacity for decades, 50’s Prime Time Cafe was one of the first at Walt Disney World to truly immerse Guests into a storyline, where everything from the decor to the servers helped to set the scene for a traditional American kitchen in the 1950s. 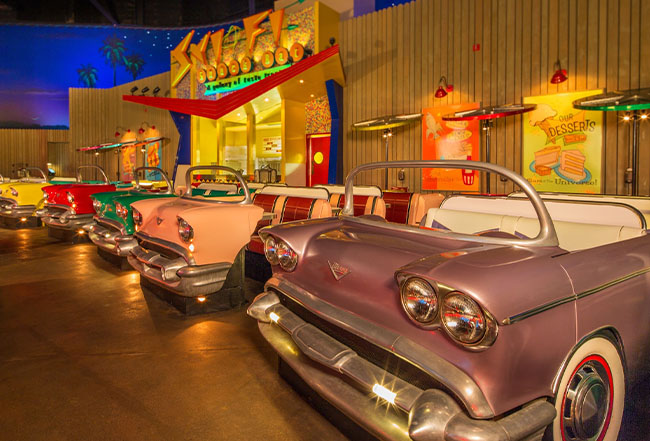 Sci-Fi Drive-In Theater was inspired by the success of 50’s Prime Time Cafe and was created by Disney Imagineers who then had the foresight into the fact that such a themed dining experience would be exciting for Guests. (To put into perspective how early Disney was with themed restaurants, the first Rainforest Cafe location did not open until three years later in 1994.)

Disney’s Hollywood Studios, or then Disney-MGM Studios, being entirely themed around movies and Hollywood, gave Disney lots of ways to get creative when designing new immersive experiences for Guests, and one of the most memorable to this day has been the park’s themed dining scene. 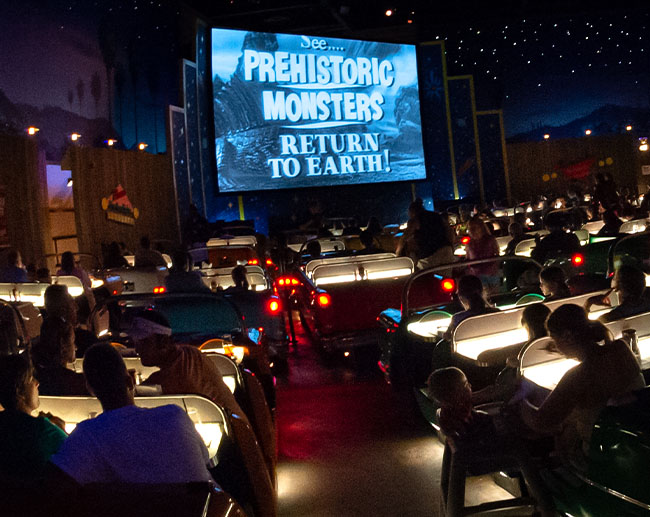 Sci-Fi Dine-In Theater is truly one of the most unique places to eat at Walt Disney World, as diners are able to step into a retro drive-in as soon as they walk through the doors.

The space always allows for dining under the stars, whether you plan your visit during the day or in the evening, with a movie screen, classic cars, and of course sci-fi trailers and clips (and even some catchy ads for the concession stand!)

For many guests, especially those on the younger side, drive-in movie theaters are not something they can experience outside of this restaurant. And, for the guests who have been able to visit a drive-in, Sci-Fi Dine-In can certainly provide a memorable dose of nostalgia as they create new “drive-in” memories with family and friends.

The restaurant featured 1950s-styled convertibles that fit entire family-sized tables, so everything can enjoy a meal with this fun seating, and with a perfect view of the drive-in theater screen, and for lunch and dinner, the menu includes something for everyone with burgers, salads, pasta, plus a solid mix of appetizers, desserts, milkshakes, and specialty cocktails. 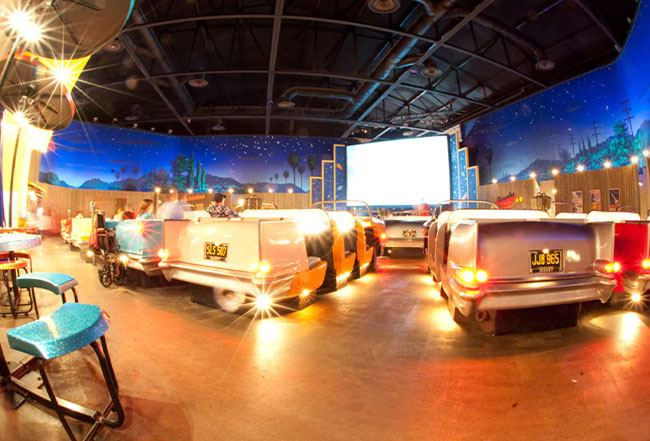 Ever wonder what exactly is playing at Sci-Fi Dine-In Theater?

The restaurant plays a classic collection of science fiction hits (and misses) from the 1950s and 60s, with clips from films like Plan 9 From Outer Space, Attack of the 50 Foot Woman, The Amazing Colossal Man, and The Blob, just to name a few.

One of the ads seen in the footage at Sci-Fi Drive-In Theater actually shows a “futuristic” event that is now in the past. 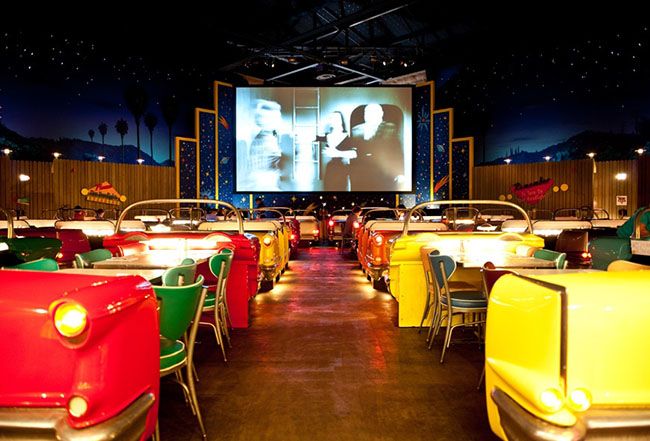 There is an ad for tickets for a flight to Mars on February 2, 2020, and something you may not have known unless you happened to dine in a restaurant on that exact day is that guests visiting the restaurant that day were given their own tickets for the flight and they had the chance to choose from special limited-time dessert offerings for the occasion.

A final piece of trivia: The license plates on the cars at Sci-Fi Drive-In feature letters and numbers that are taken from the names and birthdays of the Disney Imagineers who designed the restaurant. Take a look around at all of the plates next time you have lunch or dinner here and see which ones you recognize!