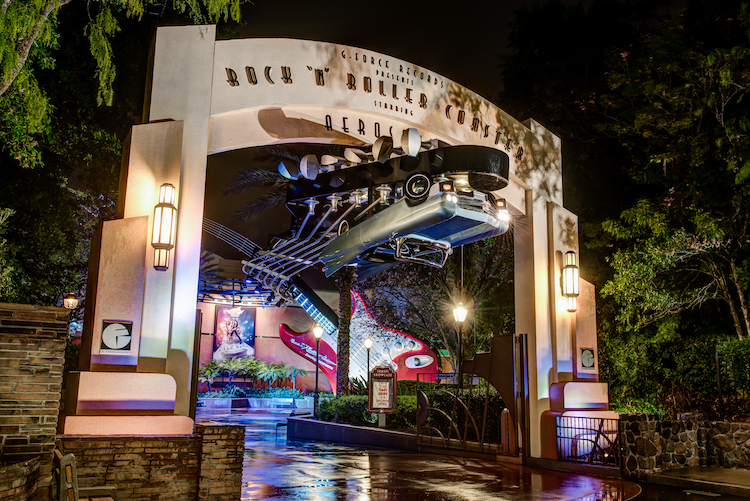 Show of hands—who remembers our beloved Hollywood Studios when it was MGM (or do you possibly even still call it the former)?

If you answered yes to this question, then you remember the park pre one of the most popular additions, the Aerosmith-themed thrilling attraction, Rock ‘n’ Roller Coaster!

Located at the end of Sunset Boulevard, this iconic coaster is the perfect way to start or end your day, as long as you don’t mind a little literal rockin’ and rollin’! Hurry up, you don’t wanna be late!

Walk This Way (Down Sunset Boulevard) 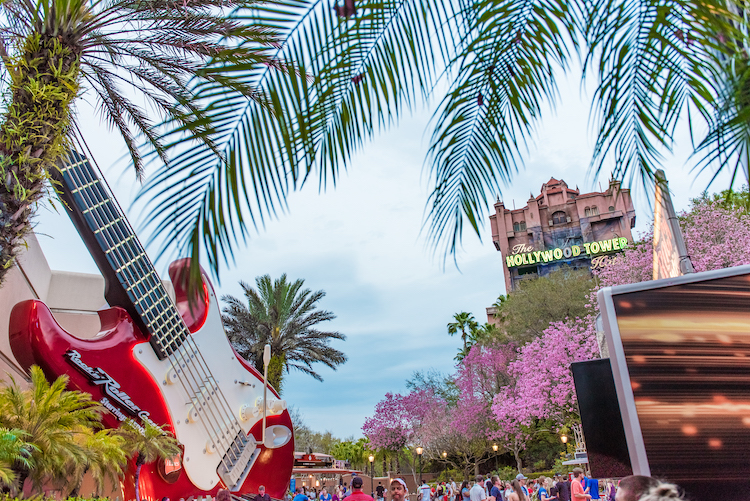 The Rock ‘n’ Roller Coaster sits on Sunset Boulevard next to the Tower of Terror. Photo by Laurie Sapp

A ride as full of excitement and thrill as Rock ‘n’ Roller Coaster had to have an opening fit for rock and roll royalty.

The exclusive party, which was held one day before the attraction opened to the general public, was complete with an all-you-can-eat buffet, an open bar, and Aerosmith as the guests of honor.

While all of these aspects sound exciting, the most exhilarating part of this sneak peek pre-opening is that guests got a chance to experience the attraction for the first time with members of Aerosmith!

Talk about all of your rock ‘n’ roll dreams coming true! Disney has pulled quite a few strings in regards to opening day ‘wow’ moments for attractions, lands, and parks, and this was no exception!

Sweet Emotion (About Having a Ride Based On You)

Would it even be worth the wait if the namesake band didn’t absolutely love this attraction?

On opening day (the aforementioned pre-show party!), Steven Tyler and Joe Perry of Aerosmith rode the ride more times consecutively than I have in my entire existence—12 times! 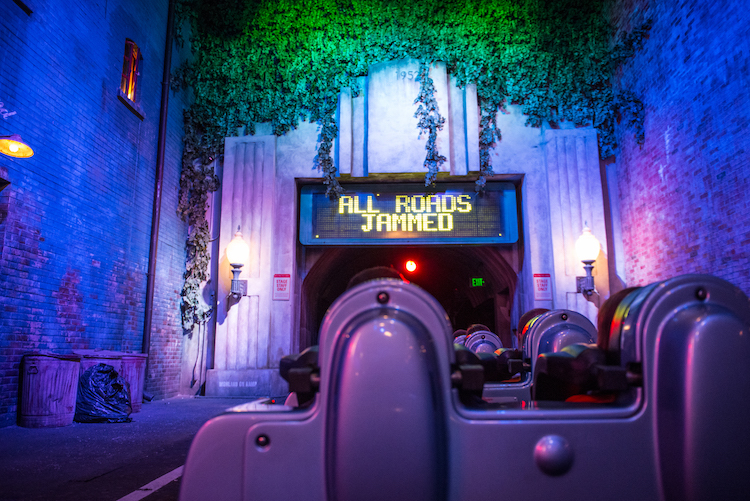 Can you imagine riding this 12 times in a row? Photo by Cliff Wang

There has to be some kind of special FastPass when the attraction is themed after your band, right?

How they didn’t lose their cookies after that many times of 0-60, upside down and head-banging thrills is beyond me—but hey, they’re rock stars!

Aside from their inaugural visit to the Rock ‘n’ Roller coaster, Tyler and Perry have visited the Disney Parks and enjoyed their attraction many times over the last twenty-one years.

Not only is the music and theme a wonderful tribute to such a huge part of rock ‘n roll history, but the thrill aspect combined with the mixture of exhilarating fear is what the music is all about!

Love… For A Roller Coaster 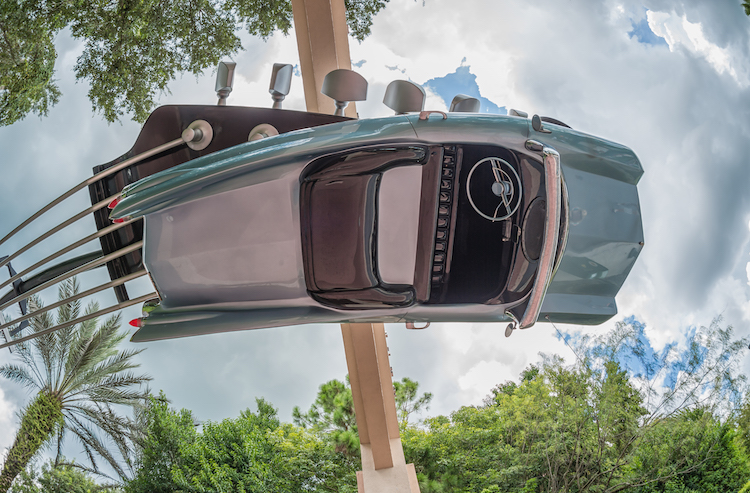 Get ready for twist, turns, and loops on this thrilling ride! Photo by Judd Helms

If there is one thing that Disney does well (ok, there are like, a million!), it’s pulling us in with those nitty-gritty details like only Disney can do.

Before you hop in your limo, you may have noticed the license plates on the back. If you thought they were just silly mumbo jumbo with no meaning, think again. The plates are actually a guide to your soundtrack on the experience.

You’ll get a slightly different experience with each ride vehicle, so be sure to experience this attraction as many times as possible for a uniquely rockin’ trip each time! 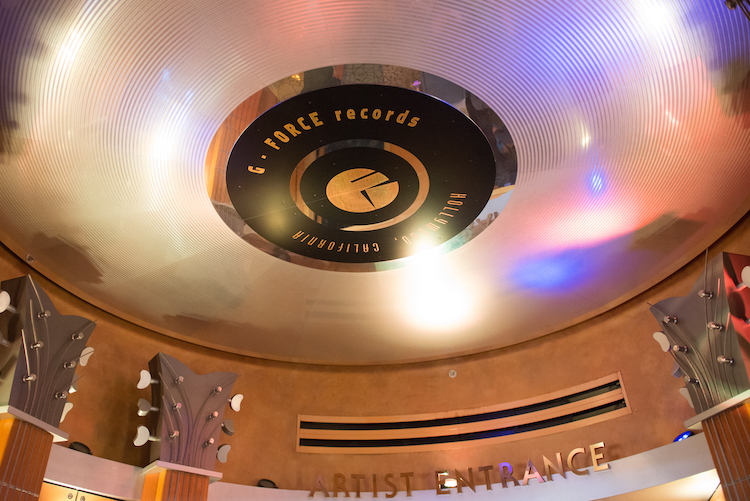 G-Force Records is the fictional record label for this ride’s backstory. Photo by Cliff Wang

Unlike many Disney attractions, the Rock ‘n’ Roller Coaster has not gone through a lot of changes. Aside from technical adjustments, updates, and small upgrades, the experience has largely remained the same throughout these years.

But, there is one change that will affect the Rock ‘n’ Roller Coaster quite heavily in the next few years.

Soon, the Hollywood Studios version may be the only one like itself in the world. The ride in Walt Disney Studios Park in Paris has been closed to be rethemed to be a Marvel/ Avengers attraction. 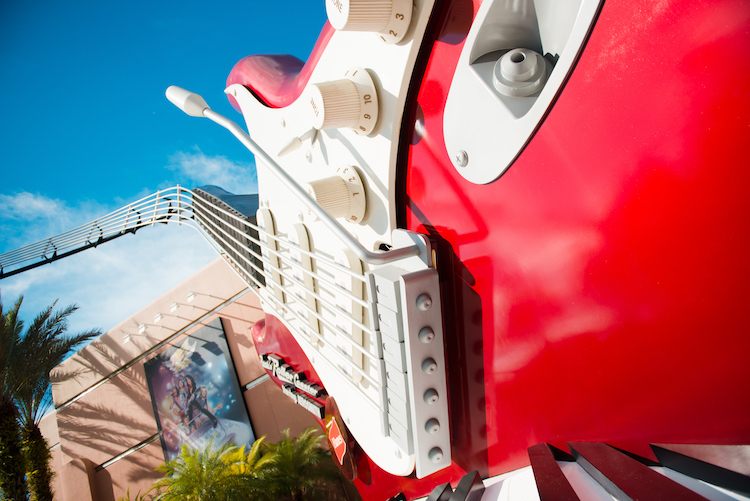 Hollywood Studios has been a renaissance of sorts as of late with Toy Story Land, all things Star Wars and the installment of Mickey and Minnie’s Runaway Railway.

While these are all overwhelming exciting additions, there is something about the tried and true, OG if you will, attractions that give us that feeling of ‘home.’

Rock ‘n’ Roller Coaster may not be Disney in theme, but this classic exciting coaster fits in perfectly on Sunset Boulevard in Hollywood Studios.

With so many new gems in the parks and Hollywood Studios alone, potential lower wait times for Rock ‘n’ Roller Coaster could mean it’s the perfect opportunity to rediscover your love for invigoration and classic rock!

Want to get more Disney history in your life? Follow our blog for even more from our “today in Disney history” series, and subscribe to our newsletter for weekly updates!