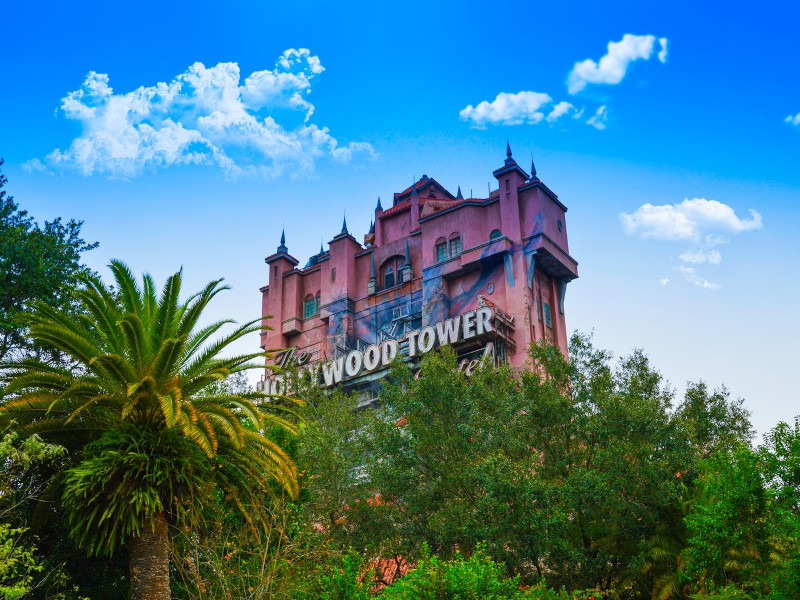 Hollywood Studios got a little more frightening on July 22, 1994, when The Twilight Zone Tower of Terror dropped its first riders down 13 stories. But if it’s so tall, why can’t you see the tower from EPCOT? Find out this and other behind-the-scenes facts in this post.

A Need for Speed Thrills 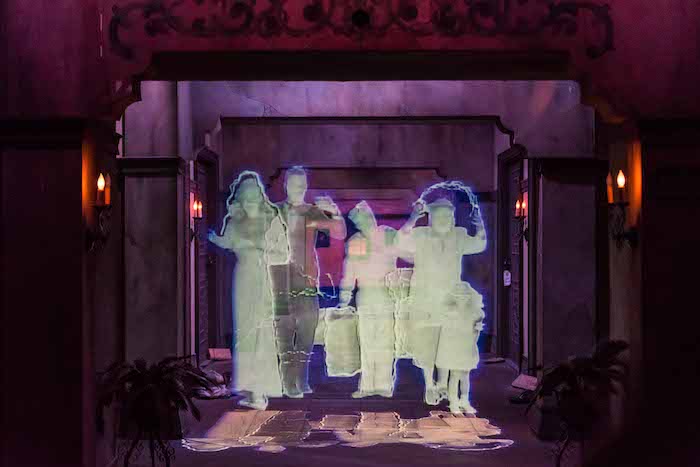 In the early 1990s, then Disney CEO Michael Eisner called for the company to undergo extensive research into what kinds of attractions would draw more guests to Disney’s Hollywood Studios (then Disney-MGM Studios.)

What he discovered was that Walt Disney World guests were not spending as much time in the park as he would have liked because of the lack of thrill rides (though we’d argue that Indiana Jones Epic Stunt Spectacular and Star Tours offered their own kind of thrills).

To remedy this, Imagineers got to work designing a first-of-its-kind attraction with the Twilight Zone Tower of Terror set to open in 1994. The Twilight Zone Tower of Terror would implement a one-of-a-kind ride system where the ride vehicles would not only move up and down for the drops but also have the ability to leave their elevator shafts and move forward and back.

While designing the attraction, Disney Imagineers consulted elevator companies, marking the first time that such businesses worked on making their product drop. The finished ride vehicle ultimately lifted guests to the top of the Hollywood Tower Hotel (which stands at 199 feet tall) to drop them 13 stories. 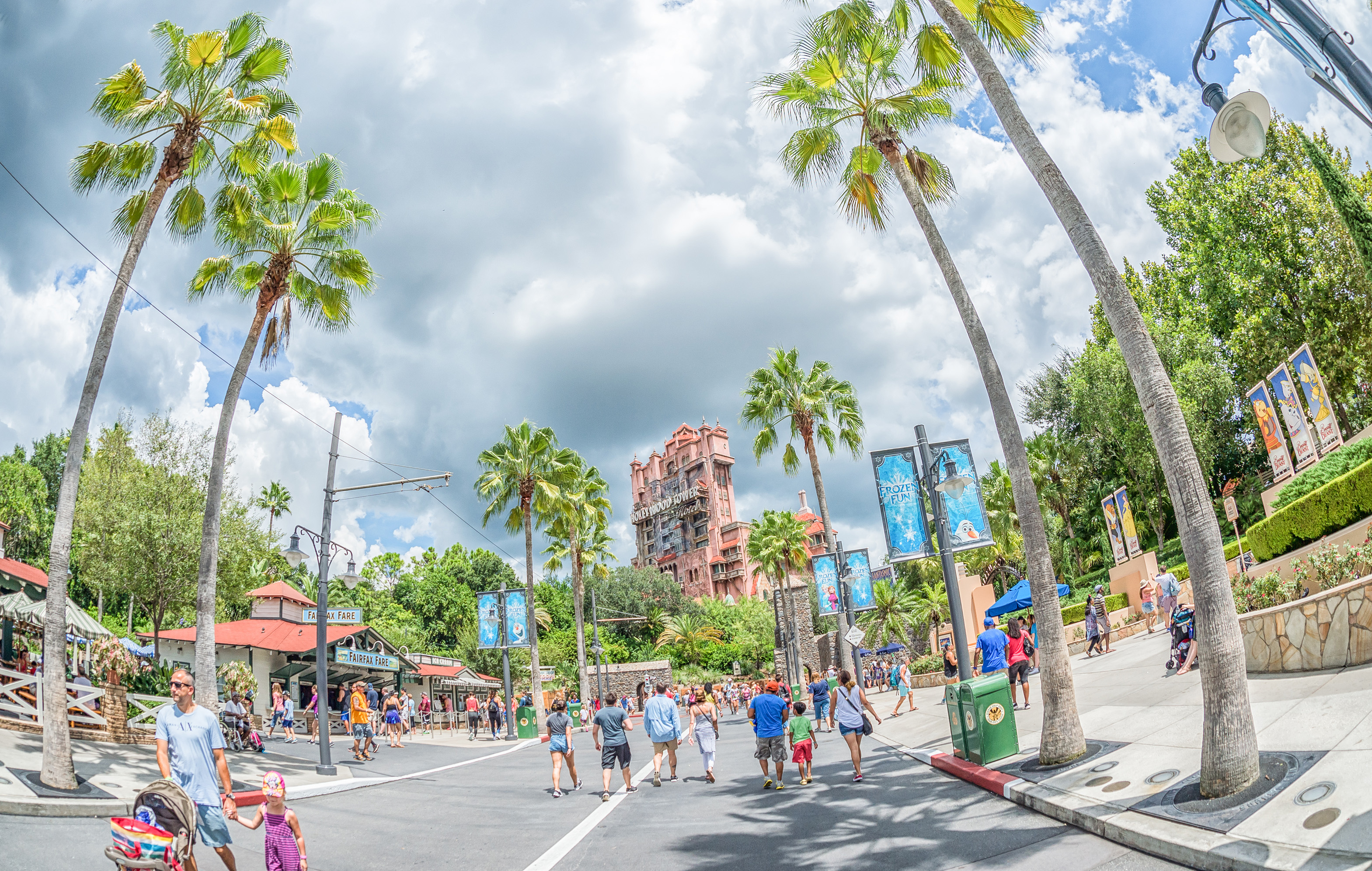 The drops on the ride actually pull the vehicles down faster than the speed of gravity, which, depending on the drop sequence, can cause guests to experience a feeling of weightlessness.

On the Tower of Terror’s opening day, the ride culminated in a single drop, but a later refurbishment added bonus thrills of giving riders random sequences of drops. Today, if you ride more than once during your trip, you are able to have a totally different experience every time. 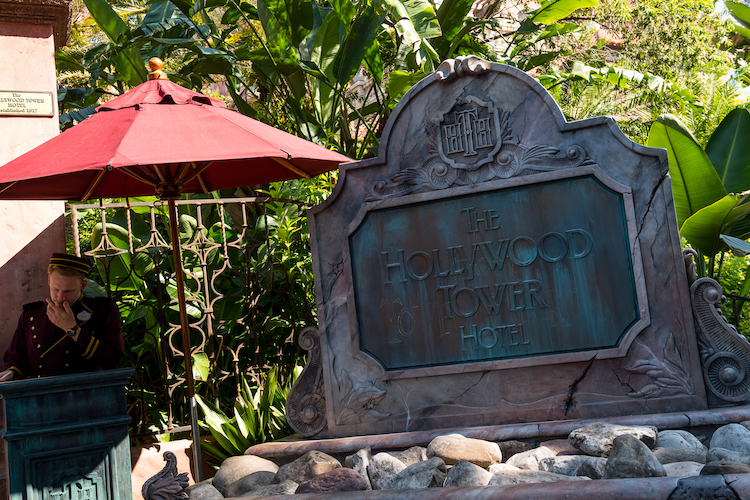 When the original concept was unveiled for the Twilight Zone Tower of Terror, Imagineers jumped right into the storyline. As the story goes, guests are checking into the Hollywood Tower Hotel, which, following an incident, has been closed since Halloween night 1939.

Want to find all the Twilight Zone Easter eggs in the queue and on the ride? Subscribe to our print edition by August 31 for our special Halloween issue in September.

After a stroll through the hotel’s lobby that is seemingly lost to time, guests are introduced to their very own episode of The Twilight Zone, featuring Rod Serling himself. He explains that the hotel’s main elevators are out of order, but the maintenance service elevator is “waiting for you,” but it may end up dropping you right into …The Twilight Zone.

The footage of Rod Serling used in the episode was pulled from a real episode of The Twilight Zone, titled “It’s a Good Life.” While the images of Serling are authentic to the show, a couple of small details were changed to fit with the story presented in the attraction.

One such change is that Serling is not holding a cigarette in the pre-show of the Twilight Zone Tower of Terror. He did have one between his fingers in the original footage, but it was edited out when it was added to the attraction.

The voice work also needed to be reimagined for the ride’s pre-show, so voice actor Mark Silverman filled in for Rod Serling to record the narration. Silverman had previously worked with Disney providing a number of voices in the Magic Kingdom attraction, A Pirate’s Adventure: Treasures of the Seven Seas. 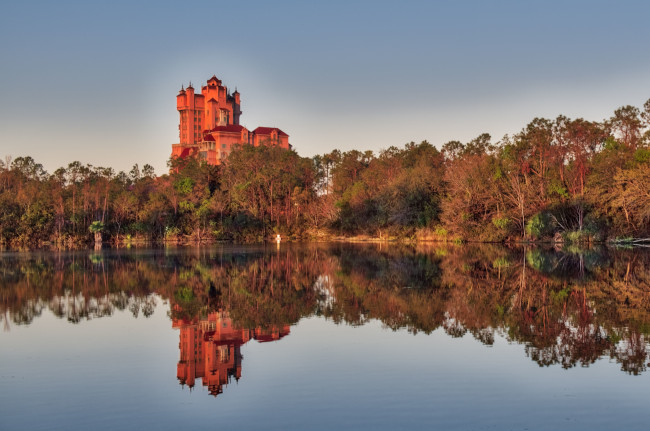 As one of the tallest attractions at Walt Disney World, the Twilight Zone Tower of Terror is easily seen from most any point within Disney’s Hollywood Studios and is also visible from outside of the park.

One of the places where the building stands out in view of guests (in addition to the lift hill for Expedition Everest in Disney’s Animal Kingdom) is across the World Showcase Lagoon in EPCOT. For guests in EPCOT, Imagineers carefully designed the back of the building’s exterior to blend into the buildings of the Morocco pavilion.

On closer look at the Twilight Zone Tower of Terror, the hotel’s grounds were heavily inspired by California’s Griffith Park and Elysian Park while the building itself (which contains 27,000 individual roof tiles) was based on the Biltmore Hotel and the Mission Inn.

The building’s outside appearance may not be the most inviting, but it works to create a sense of foreboding that is perfect for the ride’s storyline. In keeping with the attraction’s immersion, Michael Eisner originally intended for the attraction to function as a hotel. 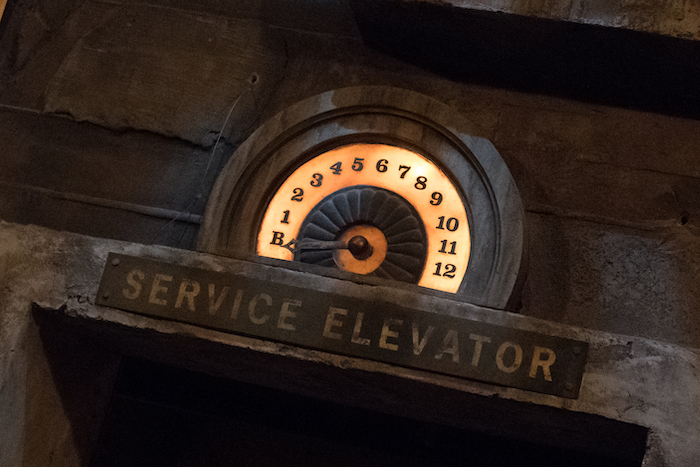 Are you ready for the drop? Photo by Cliff Wang

Allowing the building to also operate as a resort for guests proved to be too much of a logistical challenge, so the idea was scrapped, but it may have served as a starting point for later projects at Walt Disney World.

The Cinderella Castle Suite, though often only available for special promotions, eventually opened as an in-park overnight stay experience, and construction is well underway at Disney’s Hollywood Studios for the Star Wars Galactic Starcruiser.

Want an inside peek at the Cinderella Castle Suite? Subscribe to our print magazine by July 31 to get your hands on our August fairy-tale issue, with a look inside the famous, exclusive suite.

Since the Tower of Terror’s opening day, many victims have been claimed, so riders beware. As Rod Serling would say: “The next time you check into a deserted hotel on the dark side of Hollywood, make sure you know just what kind of vacancy you’re filling. Or you may find yourself a permanent resident … of the Twilight Zone.”