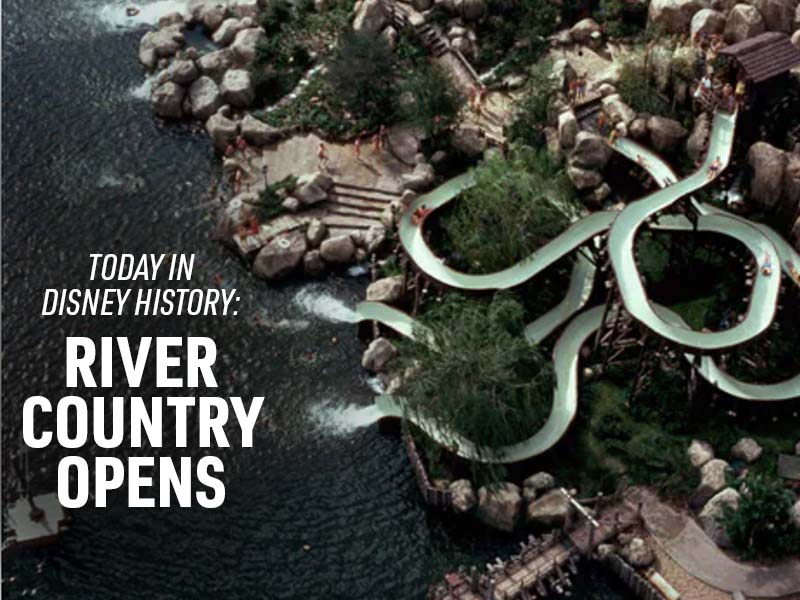 Before Typhoon Lagoon and Blizzard Beach, River Country had its opening day. See our June 2021 issue to explore this lost site at Disney World and the mysteries surrounding it, or keep reading for a comparison between today’s water parks and River Country–and find out what’s next for this historic spot. 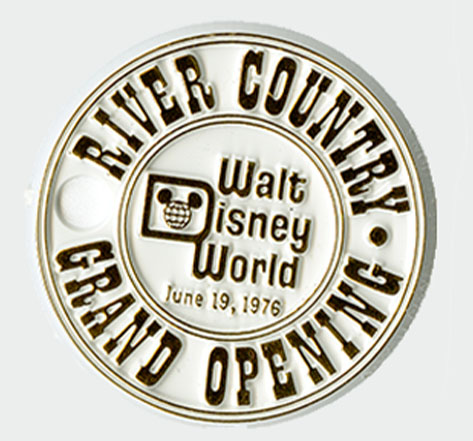 1976 was quite the eventful year for the Walt Disney World, with lots of festivities planned around the parks and resorts for the Bicentennial celebration.

Among new attractions opening that year was River Country, one of the first-ever fully themed waterparks right near Disney’s Fort Wilderness Resort & Campground. The park was unique in its theme as an old-fashioned swimming hole and in that it used thousands of gallons of freshwater from Bay Lake for many of its attractions through the use of an intricate circulation system. 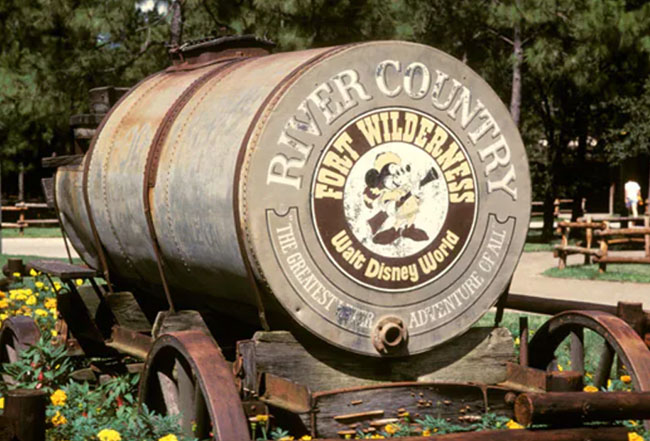 The water park’s opening ceremonies were officiated by First Daughter Susan Ford, and over 700 reporters and their families were among the first guests in attendance at the event. 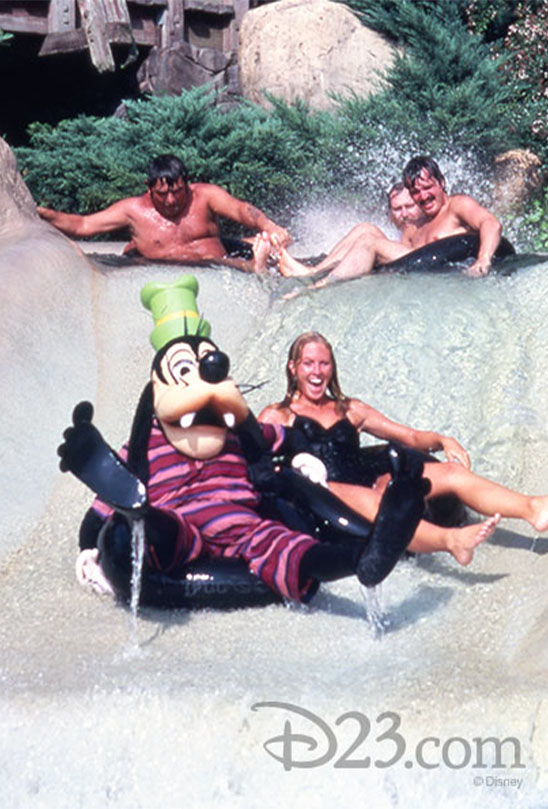 Opening any new theme park definitely calls for a media event, but one thing we often forget when looking back on River Country today is that this park was really the first major expansion of Walt Disney World.

As another step in the resort becoming “the Vacation Kingdom of the World,” such a large expansion and the first fully-themed water park were quite the accomplishment for Walt Disney World.

Celebratory merchandise was created for the park’s opening, which sold out quickly, along with commemorative coins that were only available to guests attending the opening festivities. 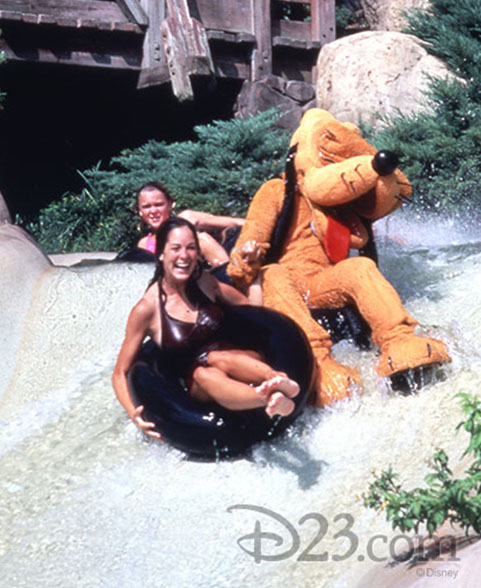 From opening day until the park’s closure, guests could experience all types of popular water park attractions in a setting that appeared to be right out of a Mark Twain novel. Attractions included chutes, lazy rivers, rapids, and multiple pools. For a deep dive into what you might have experienced at River Country, check out this issue of WDW Magazine.

In the park’s 25-year history, nearly 4,000 guests per day visited on average, often filling River Country to capacity during peak seasons and weekends.

Still, Disney closed River Country permanently in 2001. What caused River Country’s closure, and how did this park compare to its “competition,” Disney’s Typhoon Lagoon and Blizzard Beach? Let’s take a look…. 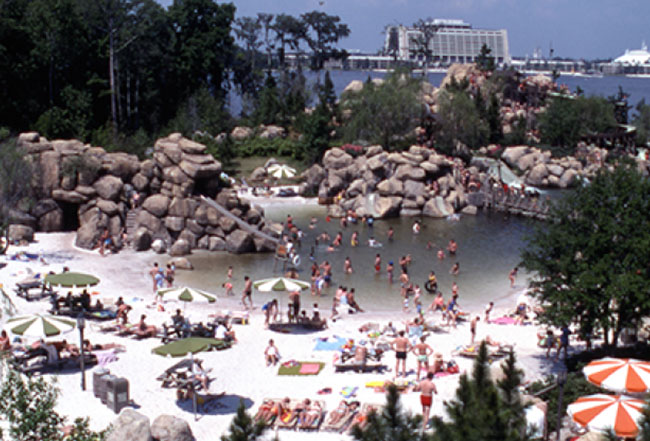 Disney’s Typhoon Lagoon opened in 1989 as the next generation of a themed Disney waterpark. And, in 1995, Disney’s Blizzard Beach came on the scene.

While River Country’s theming was old-fashioned in the most iconic sense, Typhoon Lagoon and Blizzard Beach took the concept of a themed waterpark and surpassed their predecessor.

Both Typhoon Lagoon and Blizzard Beach went to even greater lengths than River Country to immerse guests into the story of either a tropical oasis hit by a typhoon or a water park taking up residence at a Florida ski lodge.

On top of the enhanced theming and attractions, guests began to question the value of a trip to River Country over a day at Typhoon Lagoon or Blizzard Beach. Both of the newer parks offered a greater number of attractions, and some slides that were more intense than anything River Country had to offer (think Blizzard Beach’s Summit Plummet, for instance.)

Pricing was certainly one of the first factors that drove visitation away from River Country as guests found there was simply more to do at the other two parks.

Why Did River Country Close? 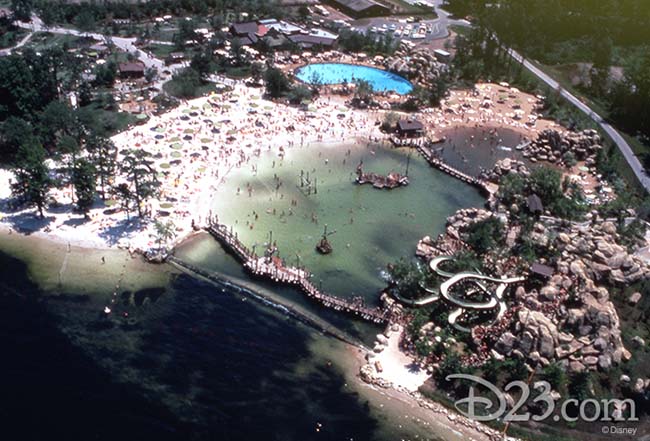 You may have heard the rumors about a truly horrifying amoeba that could lead to sickness or even death tied to freshwater in Florida. While there was one case of amoebic meningoencephalitis reported at the park in the early 1980s (that did, unfortunately, take the life of an 11-year-old boy) this is not thought to be the primary reason for the park’s closure.

Instead, Disney historians largely agree that simple supply and demand were the reason for the park’s closure.

When Disney’s two newer parks were thriving, guests were choosing them over another visit to River Country, whether it be for something new and fresh, the enhanced theming, or more attractions to choose from.

When River Country first closed in the fall of 2001, Disney did not necessarily plan for the park to close permanently. During the water park’s regular seasonal closure, the attacks of September 11, 2001, took place which had widespread impacts on the travel and tourism industry.

As the economy, especially businesses in hospitality and tourism struggled to recover, it did not make financial sense for Disney to reopen River Country for the following season. And with Disney’s Typhoon Lagoon and Blizzard Beach thriving just as well without their predecessor, it ultimately did not make sense for the park to reopen in the years to come.

In the years since its closure, Disney’s River Country has become something of an urban legend as it lay abandoned for years with all of the slides and attractions decaying in place.

Back in 2019, Disney announced that Refections: A Disney Lakeside Lodge would be opening on the former River Country site as a new Disney Vacation Club property themed to the natural world.

Demolition began on River Country the same year but was paused in spring 2020 when Walt Disney World shut down at the onset of the COVID-19 pandemic.

Since then, Disney has remained quiet on the status of the new Disney Vacation Club resort, with no updates being revealed to fans since its announcement. The project has not officially been canceled, but we are certainly curious to see what does show up at the former River Country space in the future.

Want to learn more about River Country? Check out our June 2021 issue to keep exploring!