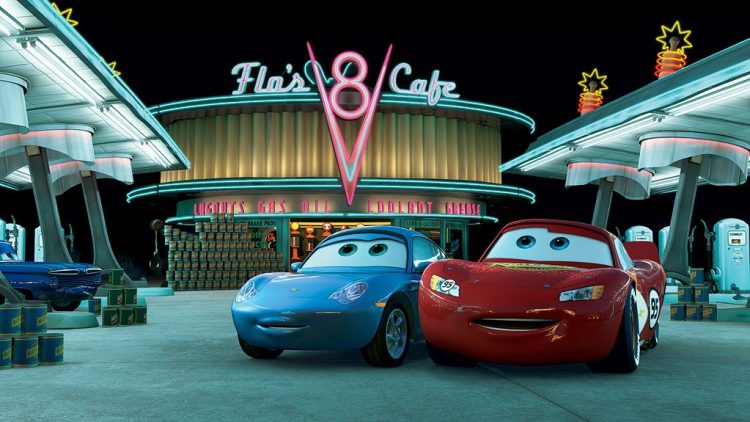 Start your engines, because today is a big day for the Cars of Radiator Springs! Fourteen years ago today, on June 9th, 2006, the very first Cars movie was released to theaters.

Then, five years later in 2011, Disney made the day even more special with the announcement of the Cars Land expansion to Disney California Adventure at Disneyland!

While Cars is admittedly not my favorite Disney/Pixar film, it holds a somewhat special place in my heart because of the setting.

I’m a native Oklahoman, and I grew up right alongside historic Route 66. I love the nostalgia of old diners, and quirky museums full of Route 66 neons and memorabilia, and especially driving along the Route 66 stretch of road here in town. 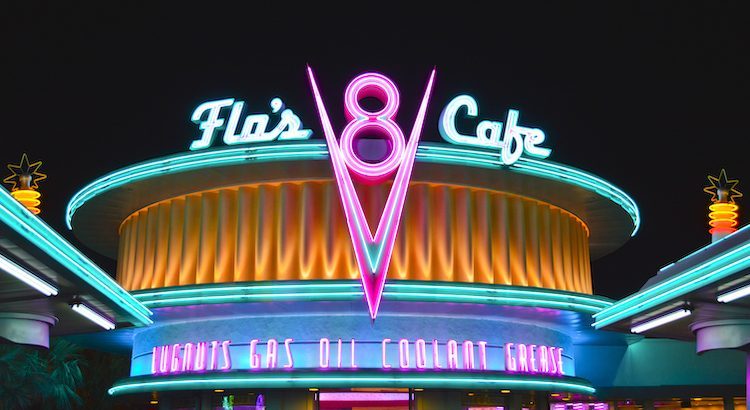 So while I’m not a car person, I can definitely get behind the sentiment of a Route 66 themed movie.

To bring it even closer to home for me, a lot of the inspiration for the movie Cars came from a diner in Stroud, Oklahoma (about 50 miles east of Oklahoma City).

Historic Route 66 passes directly through Stroud, and Rock Cafe is right on top of it.

When Pixar was researching for the movie, they drove along Route 66 and stopped at Rock Cafe. The animators and directors were so inspired by the location that they returned multiple times during film production.

Sally’s real-life inspiration is an Oklahoman! Image Courtesy of Disney/Pixar

The Sally Carrera character was even based on Rock Cafe’s owner, Dawn Welch.

If you go to the cafe today, you’ll find cut-outs of favorite Cars characters and plenty of memorabilia directly from Pixar.

Cars, while not quite as successful as other Pixar films, was met with positive critical and audience reviews.

Rolling Stone said “What Cars teaches is how to blend brash comedy with technical astonishments so that each enhances the other. I can’t imagine who wouldn’t want to test-drive this one. Like the promos say, ‘It’s got that new-movie smell.'”

On opening weekend, the film grossed over 60 million USD at the box office. Over the span of its box office life, it made 462 million USD—not quite as much as some of its Pixar counterparts, but nothing to sneeze at! 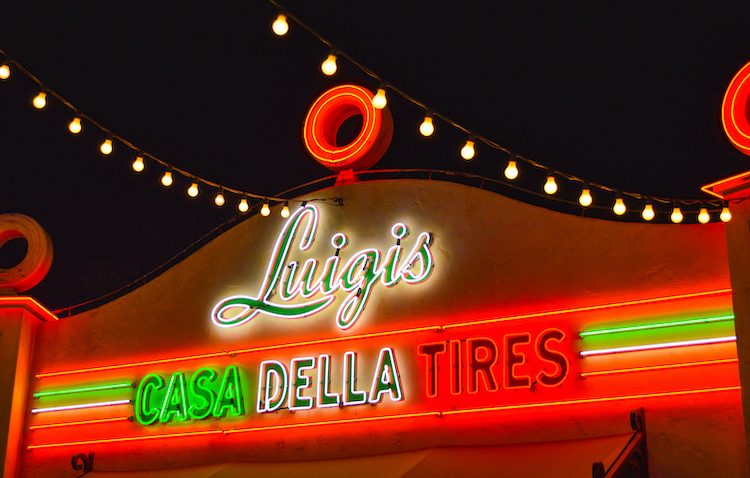 The film was also nominated for and won several awards.

In celebration of this classic film, Disney decided to build a real-life Radiator Springs at Disney California Adventure.

Fittingly, the announcement for this project came on this day in 2011, when the film turned five! 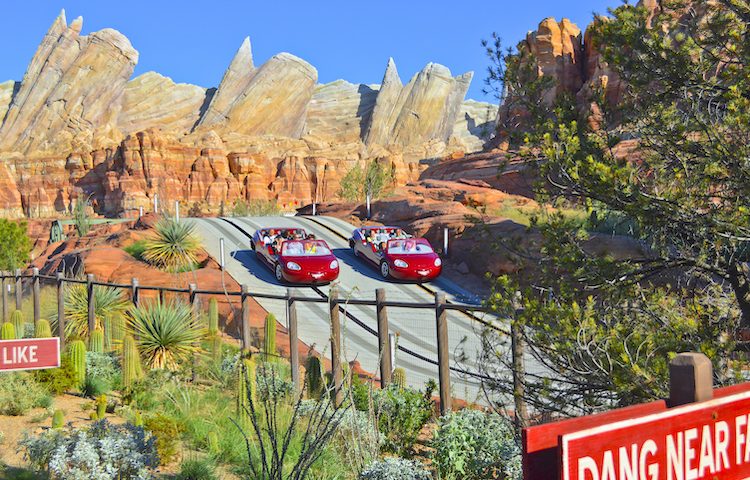 The land is incredibly immersive and features three rides and themed shops and restaurants. The main attraction in Cars Land is Radiator Springs Racers, a ride built using the technology from EPCOT’s Test Track.

Is Cars your favorite Disney/Pixar film? How will you be celebrating Lightning McQueen’s fourteenth birthday? I think I know what I’ll be watching this evening…

Want to stay up to date on your Disney history? Follow along with our blog by subscribing to our newsletter!