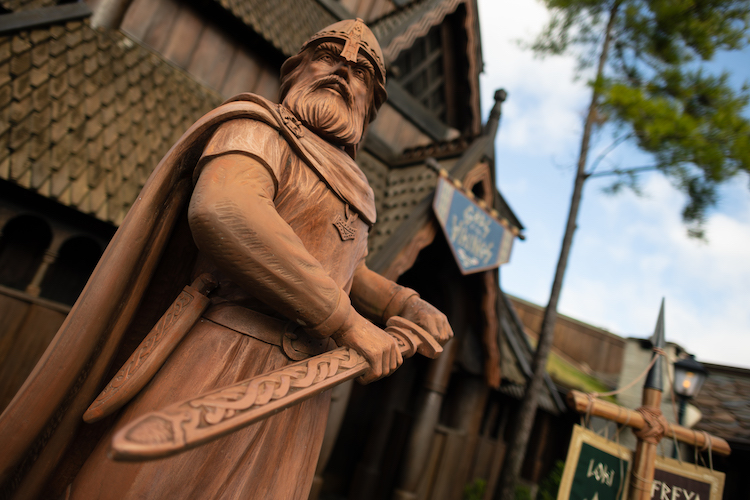 Long before we could ever dream of Anna and Elsa and their exciting attraction that replaced Maelstrom (some of us may even still be a little salty about it still…) the Norway pavilion was well on its way, gracing our presence with an inaugural celebration fit for a king!

Admittedly, when I think of the Norway pavilion at EPCOT, Olaf and the Frozen sisters are the first to come to mind. While it was technically the last (for now) piece of the showcase puzzle, it has called EPCOT home since July 1st, 1988! 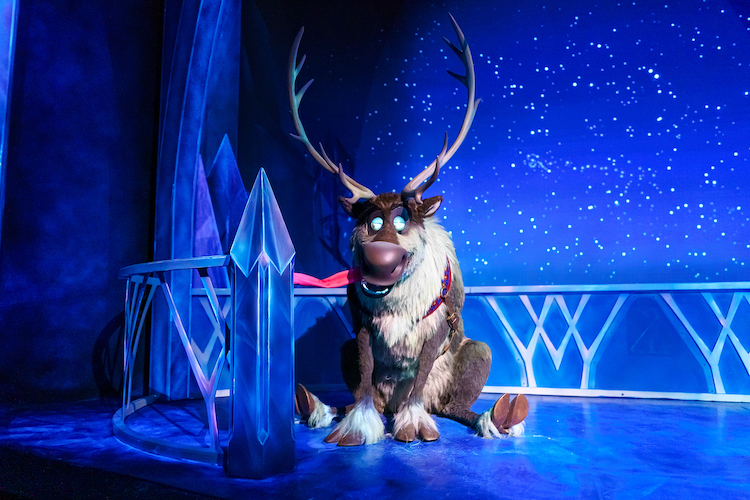 Sven on the Frozen Ever After ride in Norway. Photo by Rich Ramos

From the topiaries to the music to the Frozen-themed everything, Norway is a great spot to explore, pass through or catch up on your Viking history. Let’s take a gander at the past, present, and future of the cozy pavilion!

When it comes to celebrations, nobody gets down quite like Disney!

So it’s no surprise that to bless the holy union between Norway and Disney, the king of Norway himself, King Harold, flew all the way across the pond for the inauguration.

The ceremony was broadcast to Norway, investors contributed $30 million to the recreation while Disney paid the remaining one-third of the cost.

Apparently the opening of the pavilion was great for tourism and the Norwegian government continued to generously donate $200,000 a year until 2002 when the partnership ended.

An Authentic Look at Norway

The pavilion itself may have a cozy little feel to it (probably because it’s one of the most frequently visited pavilions in the World Showcase!) but it is actually 58,000 square feet and is built to resemble a typical Norwegian city. 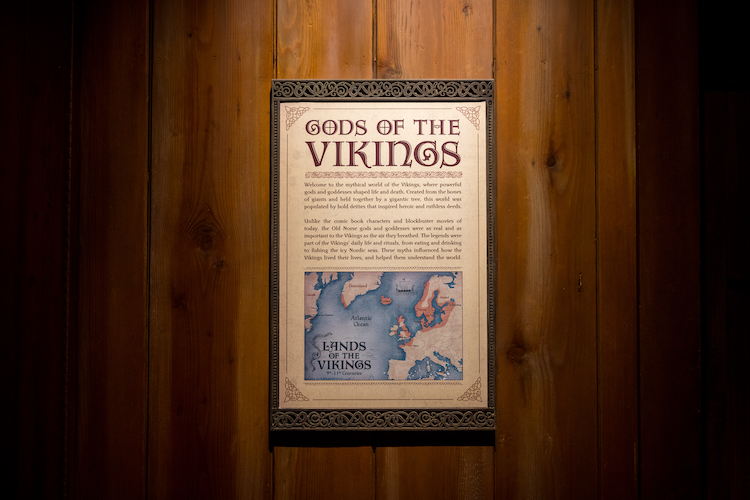 Gods of the Vikings at the Norway Pavilion. Photo by Cliff Wang

Perhaps one of the most recognizable pieces of real estate in the pavilion is the replica of the Gol Stave.

Inside of the church, you will also find artifacts and nuggets of history that were a big part of the daily lives of Norwegians in the 12th century.

While Anna and Elsa aren’t technically from Norway, Arendelle is a fictional Scandinavian country that fits the bill close enough to offer their presence in the World Showcase. 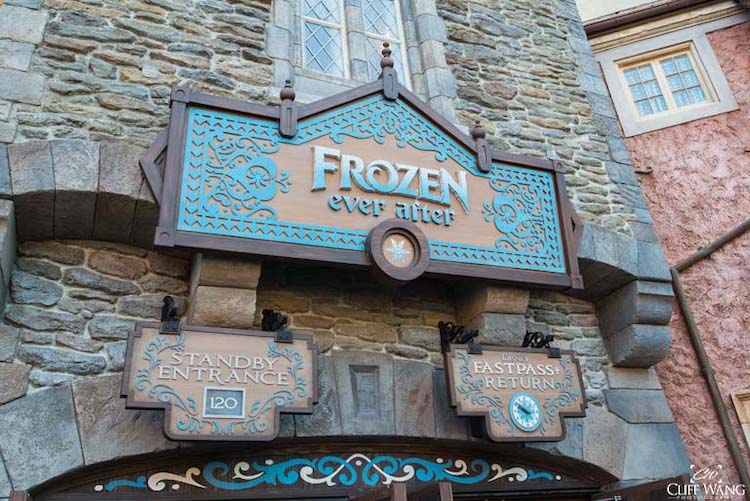 Frozen Ever After sign at EPCOT. Photo by Cliff Wang

In 2016, a fan favorite attraction, Maelstrom, was reimagined (while remaining on the same track) for Disney’s most popular film franchise to date: Frozen!

Like most changes Disney makes, there was a good deal of joy for Frozen devotees, and bellyaching alike from Maelstrom die-hards. Change won’t make everyone happy, but as Walt once said, “We have to keep moving forward.”

One thing is for sure, the presence of Anna and Elsa in the form of their attraction, meet-and-greets, topiaries, and whilst you enjoy a meal at  Akershus, was an exciting addition to Walt Disney World! 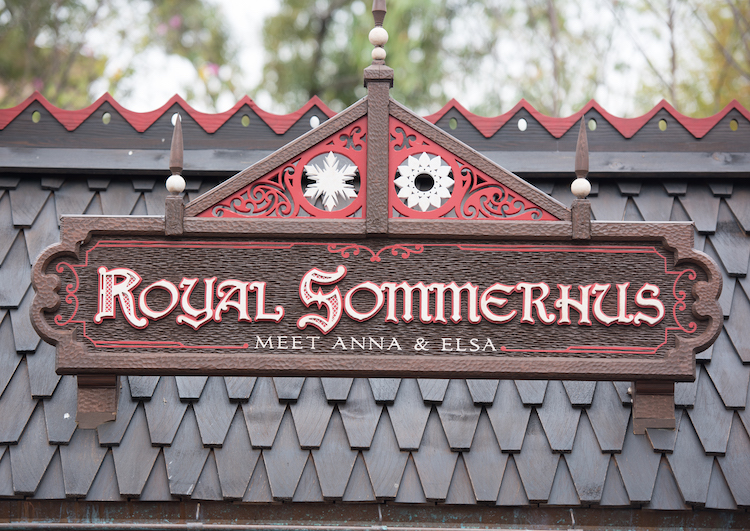 Meet Anna and Elsa at the Royal Sommerhus. Then do some shopping! Photo by Cliff Wang

Whether it’s Frozen or authentic Viking merchandise you’re looking for, the two shops in the Norway pavilion, The Wandering Reindeer and The Puffin’s Roost, are a great place for either.

Not surprisingly, the shops in this pavilion have the most Frozen apparel out of any other retailer on property. They sell everything from consumables like Norwegian chocolates to Swedish preserves and authentic Norwegian goods such as Konge Tinn Royal Pewter and Tommeliten knives.

The shops in Norway have everything for your Viking-loving sister-in-law to her Princess and Queen of Arendelle obsessed kiddos.

The authenticity of this part of the World Showcase favorite can be seen in a thousand ways and is made even more special by the beautiful partnership between Disney and Norway.

While Anna and Elsa have only added to the beauty of the Norway Pavilion, it is so much more than a place to go for Frozen Meet and Greets and Olaf merchandise.

From the architecture to the rich history of 12th century Norway, this pavilion is one of the most beloved for a very good reason. I can’t wait to get back to the World Showcase to see it again!

Do you love learning little bits of Disney history? Subscribe to our magazine for even more great content!