Today in Disney History, 2016: Frozen Ever After Opened in EPCOT 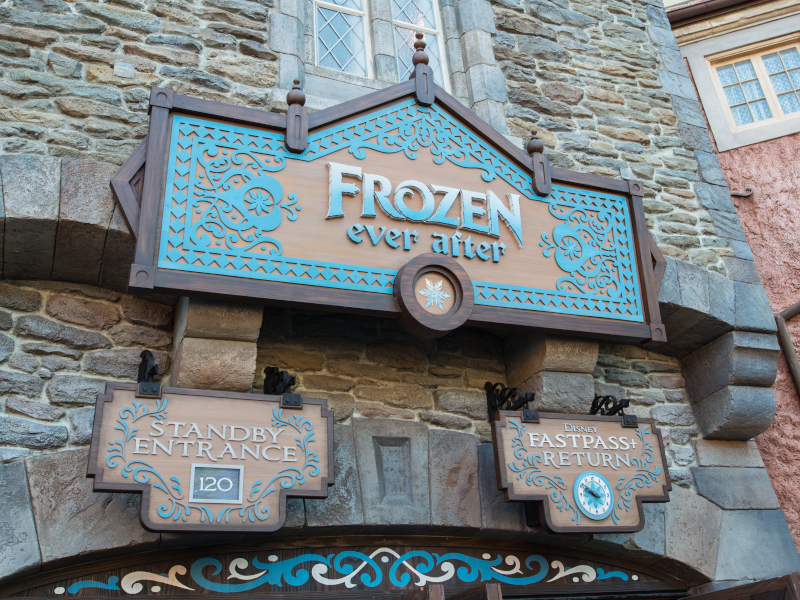 Frozen Ever After opened in EPCOT’s Norway Pavilion on June 21, 2016.

For the first time in forever, Frozen arrived at EPCOT in the form of Frozen Ever After, an epic boat ride in Norway Pavilion. But to make room, Disney had to say “let it go” to another classic EPCOT attraction, Maelstrom. Keep reading below to see what subtle Maelstrom Easter eggs to watch out for on your next ride of Frozen Ever After!

The Spirit of Norway 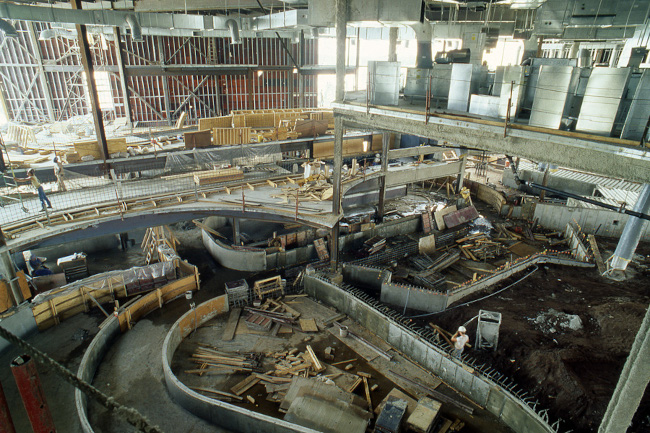 Since 1988, The Maelstrom had been welcoming Guests to embark on a daring adventure through the seas to learn some of the history and culture of Norway. In a notable change from the pavilion’s current attraction, the rockwork outside the ride (to the left of the entrance) used to have a section that was open which exposed the boats as they turned to go down the ride’s drop.

Inside, the original queue was much more basic than the elaborate Frozen-themed queue that exists today save for an elaborate mural featuring vikings, fishermen, and additional figures related to Norway’s history and culture.

Once on the ride, Guests would be immersed in Norwegian folklore, following the voice of the god Odin through areas of Norway before reaching a series of trolls who would send Guests back “over the falls” (making up the backward part of the attraction).

Once over the falls, the boats would turn (in view of the opening to the outside of the pavilion) and take a final small drop into the North Sea during a storm.

The experience concluded with a short film focusing on the people of Norway that was presented in a similar style to a promotional tourism ad. Early in The Maelstrom’s existence, the film was required as part of the attraction, however by the end of its lifetime the film became optional and many Guests would pass right through the theater to return to World Showcase. 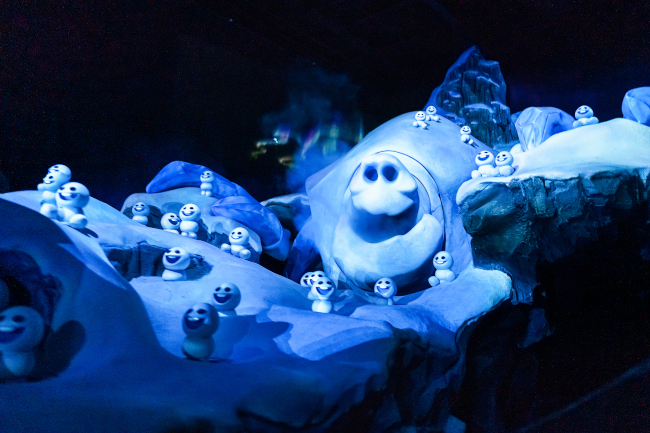 The years following the release of Frozen were interesting for the future of Walt Disney World. By 2014, Frozen was one of the most popular animated films of all time. In terms of the theme parks, the “Frozen Summer Fun” campaign that was focused primarily in Hollywood Studios introduced a wide variety of Frozen events and theming to the park.

New Frozen fireworks lit up the sky in the park as a special event, and For the First Time in Forever: A Frozen Sing-Along Celebration opened in temporary theater space in the now-defunct Streets of America.

A skating rink opened in an area that is now part of Toy Story Land, and the facility even included special Frozen-themed treats that could only be purchased inside, plus an area for kids to play in snow.

In the Magic Kingdom, Anna and Elsa had outgrown their meet and greet location inside Princess Fairytale Hall, and meet and greets aside Guests waited hours before the Festival of Fantasy parade to get a glimpse of the sisters from the film.

Even Animal Kingdom got in on the action, remodeling Chester and Hester’s Dinosaur Treasures into the park’s toy store, with an entire section devoted to Frozen merchandise in DinoLand of all places. It only made sense that EPCOT was next…

You are not the first to pass this way… 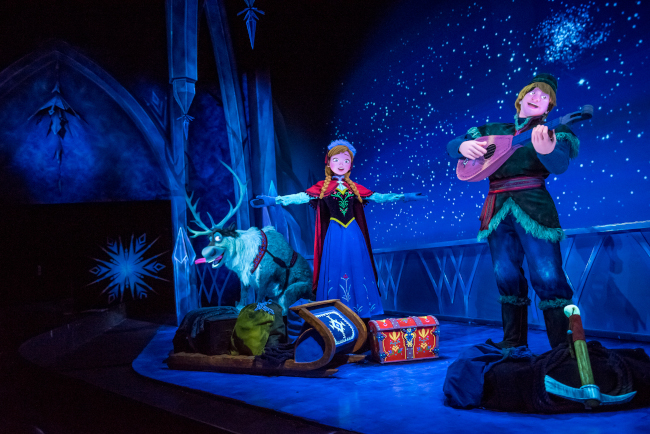 It likely did not come as a surprise to most Walt Disney World fans when the announcement was made that the Maelstrom would be converted to a ride based on Frozen.

The film was a massive success, and in addition to all of the small Frozen additions in the other theme parks, the Frozen Summer Fun event continued to be expanded upon, and Elsa and Anna’s meet and greet had moved to EPCOT’s Norway pavilion where it proved to be incredibly popular.

Fans were mixed though on the announcement of the Frozen ride, with some simply being excited to see a new Disney movie they enjoyed getting a ride in the parks, while others resented the addition of characters in World Showcase, which many believe should be more based in reality.

While inspired by Scandinavia, Arendelle is certainly not a real place, a fact that turned some fans off from getting excited about the new attraction.

Personal opinions and nostalgia for The Maelstrom aside, Frozen Ever After is objectively successful. The ride opened to largely positive reviews from fans, and without the theater space after the ride, the indoor section of the queue was expanded upon and more elaborately themed to the film. 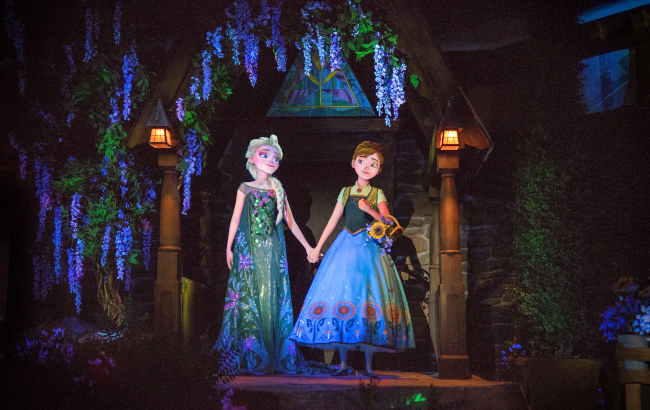 Inside the attraction, new technology dressed up every section of the ride in a way that The Maelstrom never caught up to. Guests would come face to face with Elsa, hear the iconic “Let It Go” musical number from the film, and take in breathtaking artwork through Animatronics and projection mapping.

While the ride today looks totally different from its original counterpart, Imagineers did include a few nods to The Maelstrom that are fun to look out for!

One is the boats themselves! When the ride was reinvented, Imagineers opted to keep the same boats from The Maelstrom as a memorable part of the pavilion’s original attraction.

The other fun Easter Egg to spot comes in the form of puffins. In the original attraction you may remember spotting puffins hanging out near the polar bears. In Frozen Ever After, you can find those same puffins in the ride’s final scene after the drop!

Whether you’re still missing The Maelstrom or you’ve been enjoying Frozen Ever After since 2016, we hope you’ll enjoy checking out the more detailed queue and keeping an eye out for some hidden Easter Eggs referencing Norway’s original boat ride.