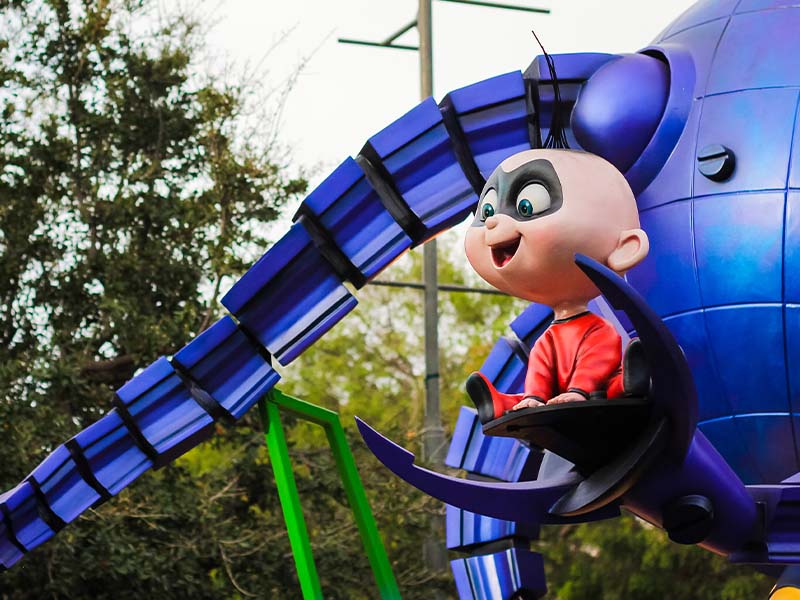 Get your daily dose of nostalgic Disney history as we remember the Pixar Play Parade, originally designed for Disney California Adventure back in 2008.

As a part of Disneyland Resort’s Year of a Million Dreams, the Pixar Play Parade officially debuted at California Adventure. Since that time, the parade has been revived twice, once at Hollywood Studios (as Pixar Pals) and once at Disneyland Park. Parade back in time with us to see which characters you could’ve spotted, and stay tuned for our May 2022 issue of WDW Magazine, dedicated to all things Pixar in the parks.

A Celebration of Pixar in the Parks

A decade before Paradise Pier was reimagined into Pixar Pier, guests visiting Disney California Adventure found the most Pixar characters in special events and merchandise. (Speaking of, have you seen the adorable new Turning Red merchandise on shopDisney and in the parks?) 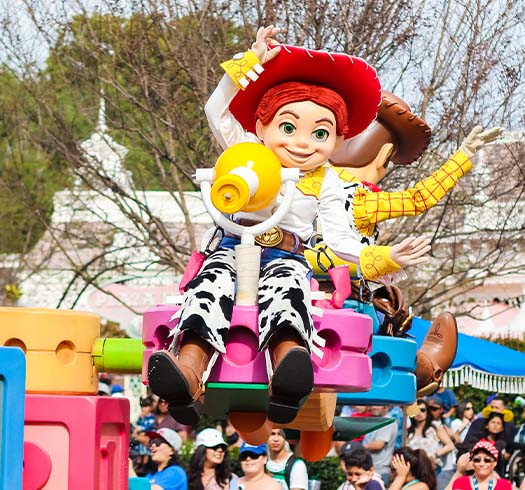 The most notable Pixar event early in the history of Disney California Adventure was the Pixar Play Parade. With an original song and favorite characters, the parade was a memorable experience for guests of all ages.

The Pixar Play Parade debuted on March 14, 2008, during Disney’s Year of a Million Dreams celebration, which in itself accounts for many of the cherished memories guests have from visiting the theme parks during this time. 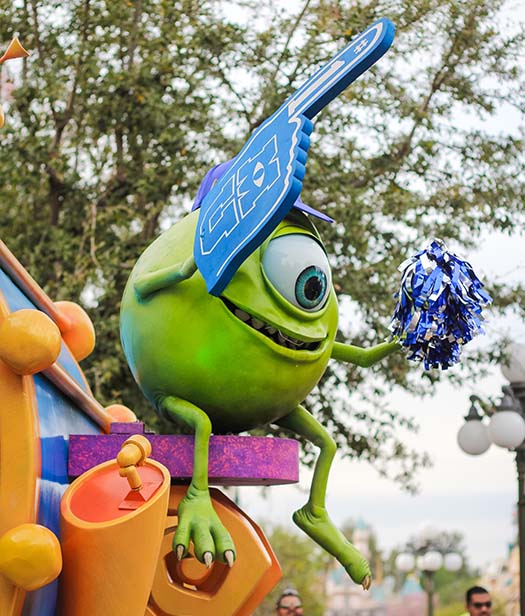 The Pixar Play Parade featured some of the most advanced floats and parade units to pass through the Disneyland Resort when it debuted.

Many of the parade floats featured hidden water jets that were able to send water flying into the crowd offering an extra interactive element to the performance. The effect was originally used in Aladdin’s Royal Caravan, which ran at Disneyland in 1993, but the Pixar Play Parade was the first time the effect was used for a parade in Disney California Adventure. 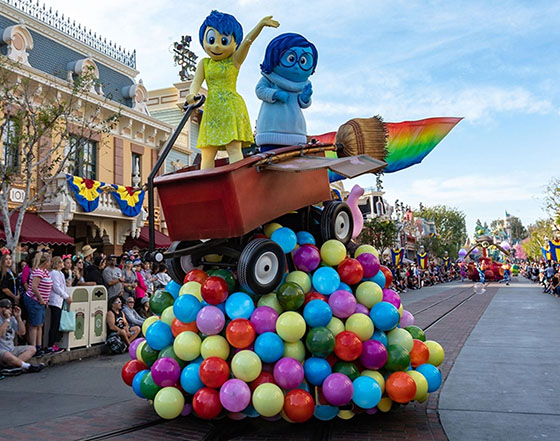 Newer iterations of the parade include Joy and Sadness. Photo courtesy of Disney

All of the parade floats were elaborate and technologically advanced in their own rights. And at this time in Disney Parks’ history, guests didn’t get to see many Pixar characters, so the attention to detail in this parade was certainly noteworthy.

The Cars sequence for instance featured the cars, followed by a moveable car wash and workers with spray bottles, and the unit from A Bug’s Life included a beautiful float for Flik and Atta with detailed sets of daisies that would shoot water out onto unsuspecting guests. This section even included stilt walkers portraying stick bugs.

The Finding Nemo section of the parade might have looked familiar if you have visited Disney’s Animal Kingdom. Along with large-scale characters on the floats, this unit featured puppeteers moving along the parade route with characters like Marlin, Nemo, and Dory, similar to how these characters are portrayed in Finding Nemo: The Musical, which debuted one year earlier in Animal Kingdom. (This year, the musical is being revamped.) 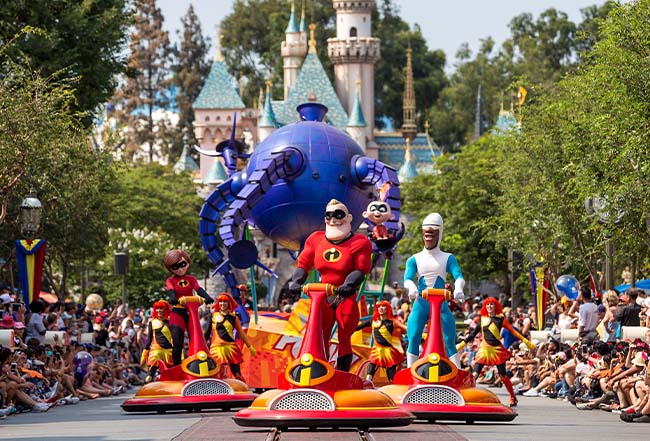 The Incredibles in the revamped version of the parade when it came to Disneyland Park. Photo by Brian Shih

The Incredibles section of the parade was especially memorable for the advanced features on the floats. Jack-Jack, for, instance was seated high atop this section’s main float and would occasionally release flames (long before the Maleficent dragon started doing so in the Magic Kingdom!). Mr. Incredible, Elastigirl, and Frozone were also prominent figures in the parade, riding into guests’ view on their own hovercrafts.

The parade temporarily closed down on Jan. 4, 2011, while DCA underwent construction. Meanwhile, a new version of the Pixar Play parade appeared over at Walt Disney World’s Hollywood Studios, but it did also reopen at Disney California Adventure in 2012 and ran until Aug. 20, 2017. 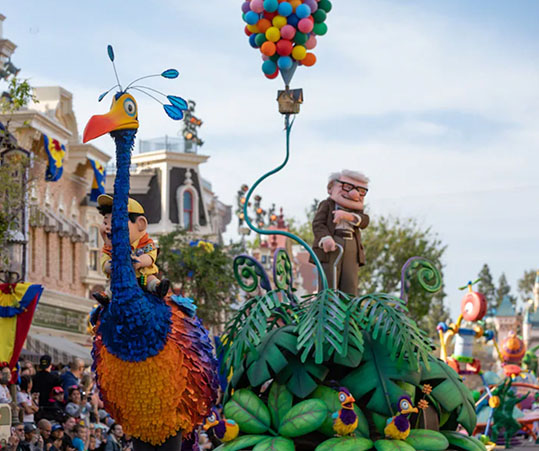 If you attended Hollywood Studios from 2008 to 2011, elements of Pixar Pals Countdown to Fun would have looked familiar, as it reused some ideas from the Block Party Bash.

In classic Pixar fashion, a later iteration of the parade in 2018 came back to Disneyland with an appearance by Luxo Jr., just as every Pixar film begins. This iconic lamp was Pixar’s first animated project, and no celebration of Pixar in Disney Parks would be complete without this character! 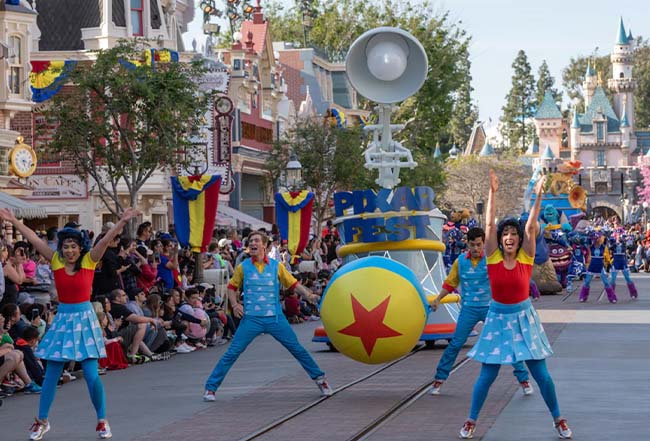 This version of the parade was performed at Disneyland Park while Disney California Adventure was home to the bright and popular Paint the Night Parade, so guests spending multiple days in the park would have a chance to see both parades. The parade’s brief return to was a part of Pixar Fest, a special event featuring Pixar entertainment, characters, and enhanced dining options that helped to build excitement for the upcoming transition of Paradise Pier into Pixar Pier. 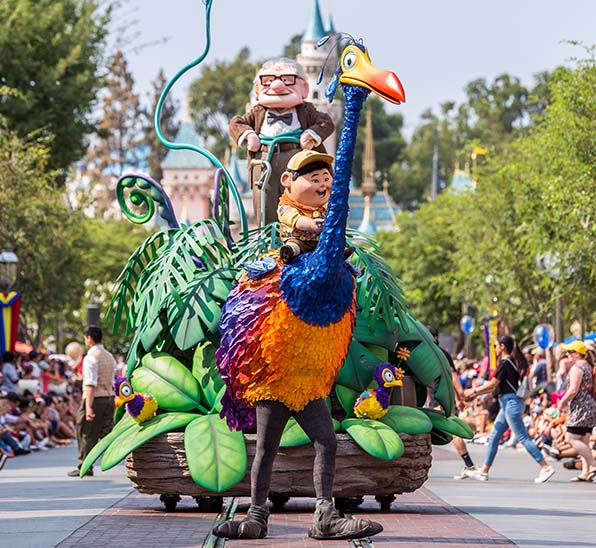 Favorite characters from UP returned for this reincarnation of the parade. Photo by Brian Shih

Today, we don’t have a Pixar Play Parade, but we do have a lot more Pixar to seek out at Disney Parks. From Toy Story Land and to Monster Inc. Laugh Floor to The Seas with Nemo & Friends to It’s Tough to be a Bug!, the Walt Disney World Parks are packed with Pixar.

But that’s just the tip of the iceberg. Some of the Disney’s best Pixar rides are at parks outside of Orlando. For a full rundown of Pixar at the parks across the globe, make sure you’re subscribed ahead of our May 2022 Pixar issue of WDW Magazine.