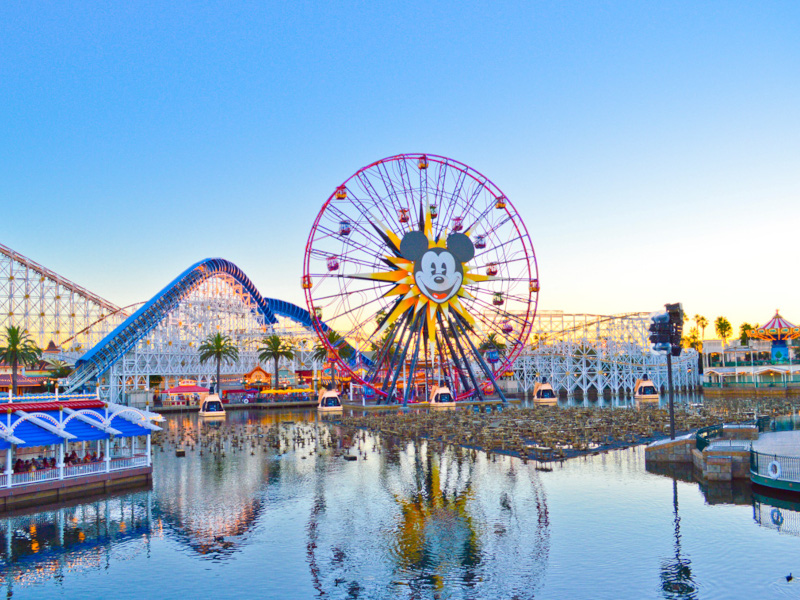 Disney’s California Adventure opened along with the Grand Californian Hotel. We’ll show you the wacky park opening TV special and even look back at the grand opening ceremonies. By the way, do you know which attractions were at the park on opening day?

The inspiration for Disney’s California Adventure actually came out of the success of the Walt Disney World Resort.

While the land that California Adventure occupies today already belonged to the Disneyland Resort (it was originally an extension of the park’s massive parking area), no additional theme park was originally planned when Disneyland opened in 1955.

Following the success of the Walt Disney World Resort and its use of multiple theme parks, Disney executives planned to bring a version of EPCOT, or “Westcot” to the California property in the early 1990s.

The Westcot idea never worked out, partially due to funding where Disneyland Paris had opened in 1992 and was struggling with attendance.

Instead, then CEO Michael Eisner, announced in 1995 that the company would build a park to be called Disney’s California Adventure on the site in celebration of the history and culture of California.

Disney’s California Adventure opened on February 8, 2001 to mixed reviews. Some critics praised the park for its family-friendly atmosphere, Disney-standards in terms of attention to detail, and theming when it came to representing the state of California, but still, not everything on opening day was perfect.

Early on, families felt that the attractions at California Adventure, especially comparatively to Disneyland focused more on an older audience.

Rides like California Screamin’, the park’s roller coaster in the boardwalk-themed area of Paradise Pier (now Pixar Pier), featured an inversion (and a height requirement), while other attractions centered largely on shows that while entertaining on some level did not always appeal to families with young children.

Moreover, the park lacked a nighttime entertainment experience, causing most guests to either leave early or return to Disneyland by the end of the day to see the fireworks.

This was changed soon after the park opened with the addition of Disney’s Electrical Parade, and enhanced even further in 2010 with the opening of the evening light show, World of Color.

Additional changes early on in the park’s history included new appeals to children, such as Flik’s Fun Fair in A Bug’s Land which opened in 2002, and an almost-replica of Walt Disney World’s Twilight Zone Tower of Terror in 2004.

A Bug’s Land since closed in 2018 to make way for the upcoming Marvel Avengers Campus and the Twilight Zone Tower of Terror was re-themed as Guardians of the Galaxy – MISSION BREAKOUT in 2017. 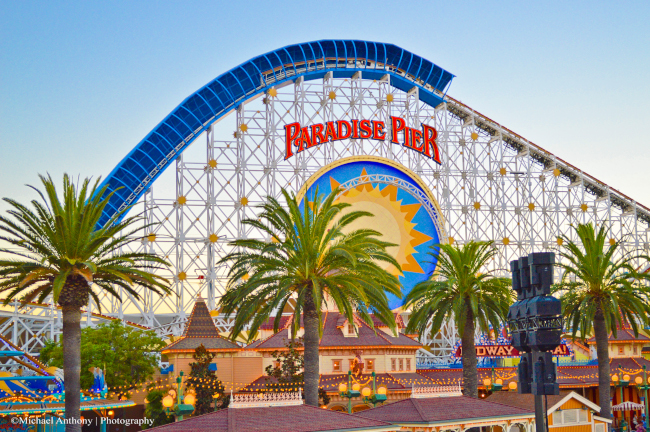 Disney’s California Adventure has gone through more changes than any other Disney theme park, with only a few opening day attractions still open at the park today.

Some have been rethemed, like the very short-lived Superstar Limo attraction which became Monsters, Inc. Mike & Sulley to the Rescue, while others have changed due to changes in the park’s overall design like everything once located in A Bug’s Land.

Other notable opening day attractions include Soarin’ Over California, now “Soarin’ Around the World,” and Muppet*Vision 3D, which also exists in Disney’s Hollywood Studios, and just outside of the park… Disney’s Grand Californian Hotel & Spa. 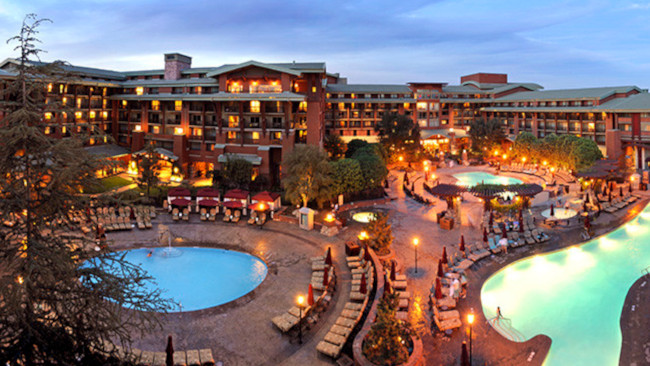 Over 900 guest rooms with a sweeping grand oak interior were reminiscent of California forests.

These joined luxury amenities, including high end restaurants like Napa Rose and spa services, all at a resort that included private entry into Disney’s California Adventure. 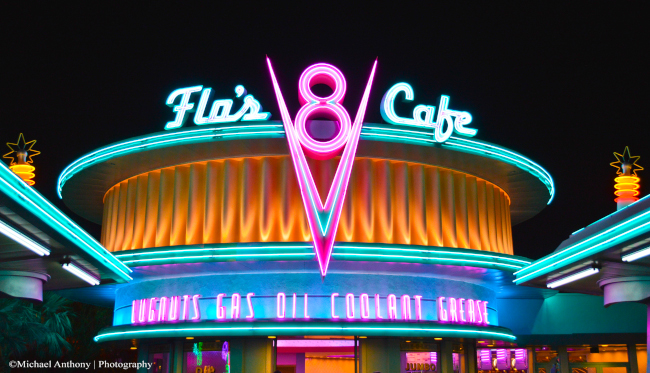 The greatest expansion thus far to Disney’s California Adventure came in 2012 with the 12-acre addition of Cars Land, an immersive look into the Disney Pixar film Cars.

The land’s headlining attraction, Radiator Springs Racers, which uses a similar ride system to EPCOTs Test Track, still regularly racks up high wait times and is considered to be one of the most popular attractions at the Disneyland Resort.

Praised as one of the most detailed and immersive lands in any Disney theme park, Cars Land also includes fun dining locations based on the films.

Flo’s V-8 Cafe and the Cozy Cone Motel are among the recognizable locations and its seasonal overlays for Halloween and Christmas regularly draw swarms of locals and tourists alike into the park.

The story of California Adventure is an interesting one, as it opened with relatively little fanfare in terms of a new Disney theme park, and it’s undergone a series of major changes over the years.

However, with the addition of Cars Land (and later Avengers Campus) plus enhanced accommodations with Disney’s Grand Californian, the park has come into its own and we can’t wait to see what comes next!