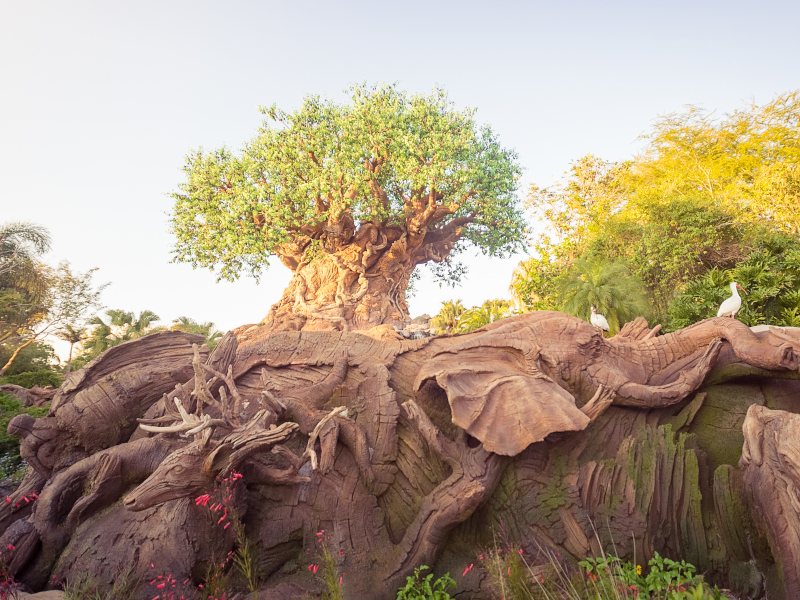 Every snort, stomp, roar, and caw has to start somewhere. On Earth Day 23 years ago, Disney’s Animal Kingdom opened to the public. You can bet it was a wild celebration. Find out what opening day was like as we time travel on the blog!

The Biggest, Most Ambitious Disney Park 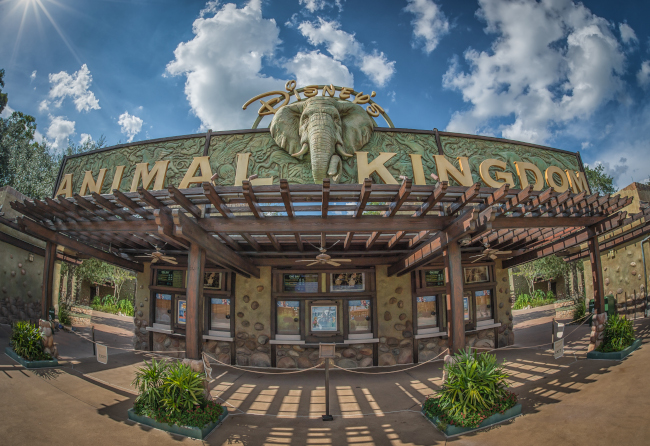 The opening of Disney’s Animal Kingdom marked a number of firsts for the Walt Disney Company and the Imagineers who worked on the project.

It is the largest Disney Park, encompassing 500 acres, large enough that the other three Walt Disney World theme parks could fit comfortably inside it.

At the park’s opening, Animal Kingdom featured Discovery Island, Africa, DinoLand USA, and Camp Minnie-Mickey with Asia opening shortly after. Pandora: World of Avatar opened later in 2017, replacing Camp Minnie-Mickey. When Camp Minnie-Mickey closed, the park moved the Festival of the Lion King show to a new theatre in Africa.

The park was slated to host a number of attractions that never came to be on opening day; however, you can still find hints of them if you look closely.

Beastly Kingdom, for instance, would have been an entire land based on mythical creatures. The concept was never executed, but if you look closely at Animal Kingdom’s logo or at the animals portrayed above the ticket booths outside of the park, you may just spot a dragon.

DinoLand USA was intended to have a rollercoaster based on the same theme as The Boneyard. The project was ultimately scrapped, and the park’s roller coaster was later realized in Asia with Expedition Everest – Legend of the Forbidden Mountain, but the current design of The Boneyard design can give us a glimpse into what the originally planned coaster could have been like.

Animal Kingdom’s icon (also called a weenie– weird, we know!) was even a departure from other Disney Parks, with the Tree of Life, a massive sculpted tree fixated over an upside down oil rig that depicts over 200 animals (and houses the It’s Tough to be a Bug! 3D show.)

Disney Called in the Experts 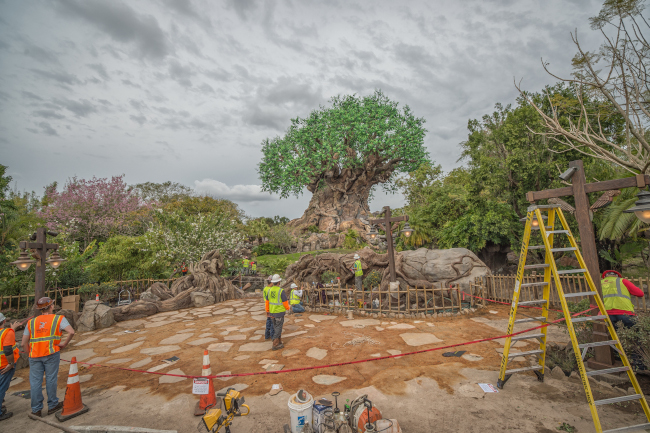 In order to best understand the importance of calling in animal experts for Disney’s Animal Kingdom, we need to discuss a Disney Park that never came to be: Disney’s America.

Disney’s America was a proposed theme park idea that was planned for an area of Virginia just west of Washington, D.C. The vision: an American history-themed park, with each land themed to a different time in our country’s past.

The park gained support from local politicians but quickly found opposition in the form of locals and the historian community who either did not want Disney in their backyard, did not feel Disney was in a place to educate the public on American history, or felt it was disrespectful to construct a park on land that was used during Civil War battles (and therefore serves as the final resting place for those who fought there).

While some historians were strongly against the idea altogether and were never going to be swayed, others felt the concept could have worked if they had been consulted. They agreed Disney was not in a place to tackle negative and complex parts of American history, especially with no historians serving as a reference point or working on the project at all.

The park was ultimately scrapped, and shortly after then-CEO Michael Eisner announced that the company’s next park would be all about animals. After the controversies that surrounded Disney’s America, the company was not going to make the same mistake.

Disney executives immediately reached out to animal experts like Jane Goodall to consult on the project. Goodall gave the project a thumbs-up and shared that she felt Disney was providing the animals with excellent care.

On top of getting the go-ahead from experts, the park went through an accreditation process by the AZA (American Association of Zoos and Aquariums) shortly after opening.

The AZA has strict standards for animal care and conservation messaging that must be followed in order to keep a park’s accreditation, and Disney’s Animal Kingdom has remained accredited since 1998.

The fund today is one of the easiest ways for guests to support initiatives they see in the parks, where each dollar donated is matched by Disney, and the company covers all of the fund’s overhead costs. (You can donate during your next visit at checkout at any Quick-Service or merchandise location.) 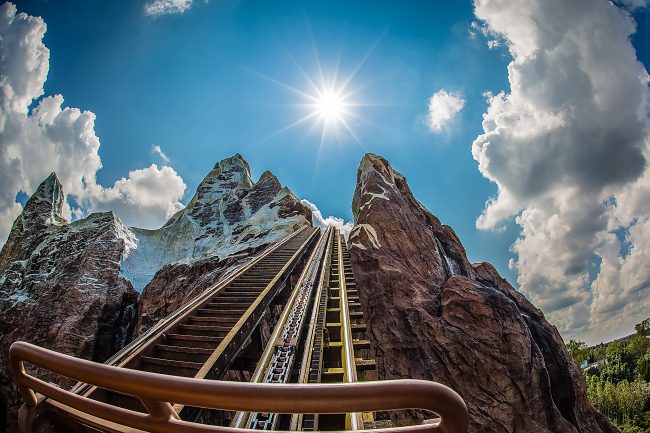 No discussion of Disney’s Animal Kingdom is complete without mention of Joe Rohde, who, along with a team of Imagineers, was instrumental in bringing immersion and authenticity to the park.

Rohde traveled to Asia and Africa to study the architecture of areas that parts of the park would be themed after. Rohde and his team strove for true authenticity; case in point, actual roof thatchers from across Africa constructed the roofs in Harambe.

The park brought along new design challenges to keep its focus on the natural world, details that are best seen in the decay of buildings that seem to be succumbing to nature and the intermingling of the human and animal world in areas like the Discovery Island Trails and the ape enclosure that stands right in the middle of Asia.

Kilimanjaro Safaris gained fame as one of the most unique attractions in any Disney theme park, removing the barriers that guests would typically encounter at a zoo and keeping multiple species together just as they would be in the wild.

The opening of Disney’s Animal Kingdom is fascinating for its firsts in multiple areas of the theme park industry and when considering its inspiration in Walt’s love of animals. It’s easily my favorite Disney Park, and I can’t wait to see what’s in store for Animal Kingdom in the years to come!