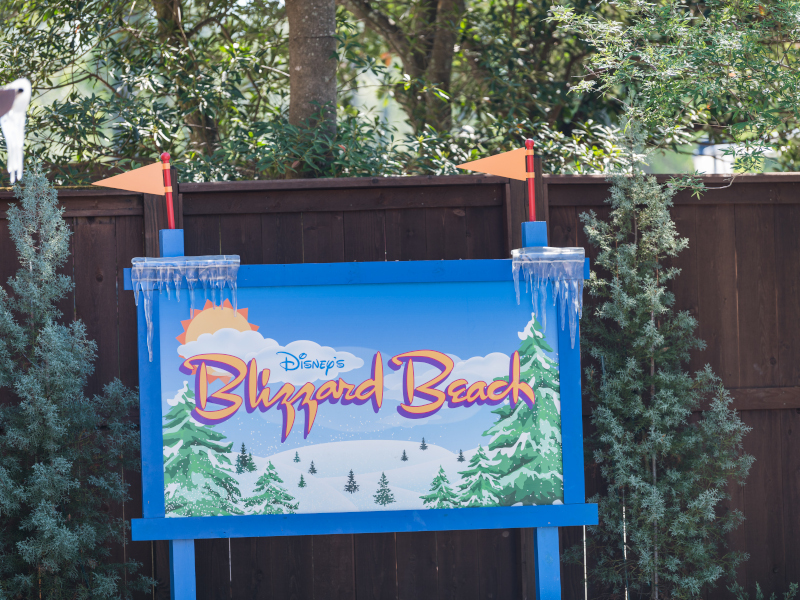 Blizzard Beach opened at the Walt Disney World Resort on April 1, 1995, as a ski resort-themed water park in the middle of central Florida.

Even snowmen have to go on vacation. Blizzard Beach opened on this date, bringing thrills and chills to guests at Walt Disney World. But why a snowy park in Florida? In this post, discover the backstory Imagineers came up with to explain this one …

A Blizzard in Florida? 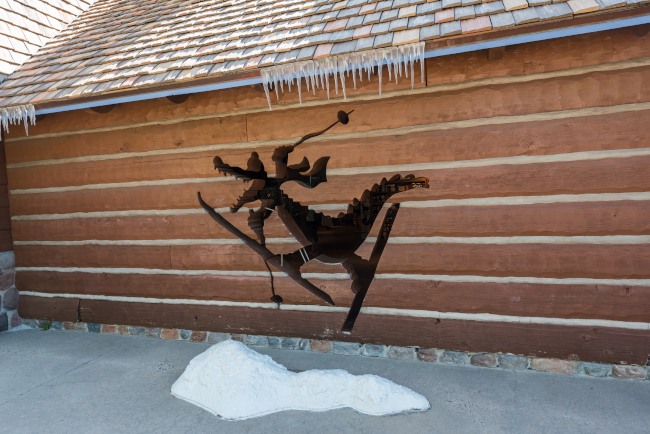 Prior to its opening in 1995, Disney Imagineers dreamed up an elaborate legend to create the backstory for one of the most unique water parks in the world.

According to legend, a freak snowstorm blew through central Florida, covering the 66-acre plot of land the park is on with fresh, powdery snow.

Anyone from up north will tell you that this kind of snow is something to take advantage of during ski season, so with such perfect conditions, Florida’s first ski resort was built.

Once the snowstorm calmed down, however, the snow began to melt, leaving behind a park full of slippery slopes, with bobsled and toboggan runs– and even a ski lift!

The park decided to keep everything from the ski resort and convert it into a water park. Today, Blizzard Beach offers a fun mix of theming and fast slides, a wave pool, and fun ways for the whole family to cool off outside the Walt Disney World theme parks.

Hop on the Chairlift 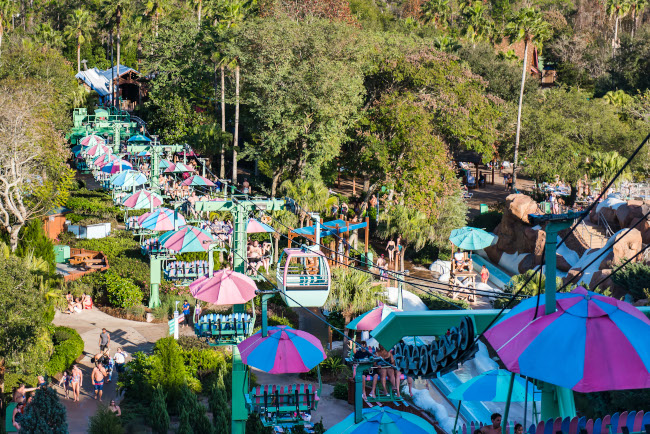 One staple of a ski resort experience is the ride on the chairlift to get up to the top of the mountain.

Guests can board an authentic ski chairlift to easily get to the top of Mt. Gushmore. At more than 120 feet tall, Mt. Gushmore is the park’s highest peak.

Much like a ski resort where the peak at the end of the chairlift leads to a variety of runs for different skill levels and ages, Mt. Gushmore houses many of the park’s attractions.

The most thrilling of Mt. Gushmore’s runs is Summit Plummet, which runs the full 120 feet down before guests reach the pool below. Modeled after a ski jump, Summit Plummet is so steep that guests can’t see the end of the slide until they get there themselves.

Imagineers even created a water spray feature that is perfectly timed with the drop of Summit Plummet so the attraction gives the appearance of a skier going off a jump when each rider heads down all 12 stories of the slide. 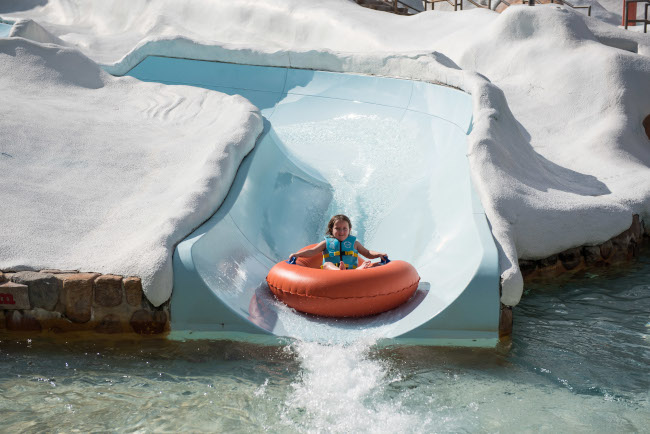 Another favorite Mt. Gushmore attraction, Toboggan Racers gives guests the chance to “sled” the mountain belly down in a race against seven other lanes of riders. With three drops along 250 feet of slide, Toboggan Racer offers a nice dose of thrills for those who aren’t quite ready for Summit Plummet.

Runoff Rapids has guests board inner tubes for 600 feet of slides down Mt. Gushmore. The middle slide has a darkened tunnel section offering a little bit of extra thrill, but each slide is unique and worth the ride while on Mt. Gushmore.

For more thrills, Downhill Double Dipper puts guests in inner tubes and pits them against a friend for a race down 50 feet of ski slopes, while Slush Gusher offers multiple hills down 90 feet adjacent to Summit Plummet.

On the Tamer Side 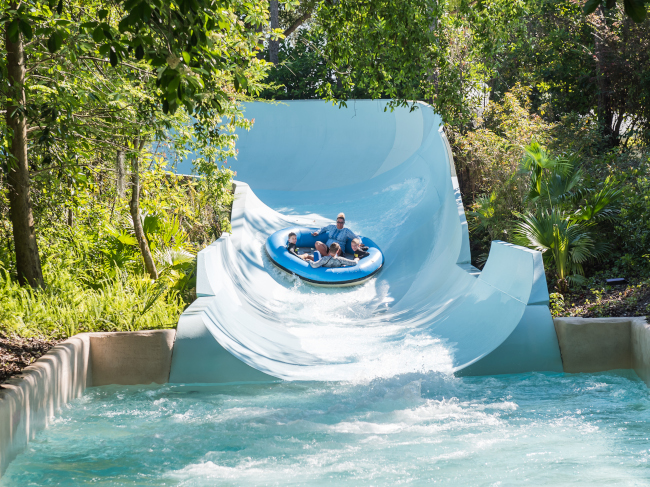 Like a real ski resort, Blizzard Beach has “bunny hill” runs the whole family can enjoy together.

Family raft ride Teamboat Springs can accommodate up to six guests down 1,200 feet of snow with turns, dips, sprays, and splashes.

The park’s lazy river attraction, Cross Country Creek, is the best way to relax in the water with seven entry points to hop in with a tube. The 3,000-foot-long river even has a stop by Ice Gator’s place (he’s got a cold though—his sneeze might catch you off guard!)

Melt-Away Bay, the park’s wave pool, offers mild waves or big thrills depending on how deep into the water you go. It’s also a great place to grab a lounge chair and set up camp for the day.

For the Little Ones 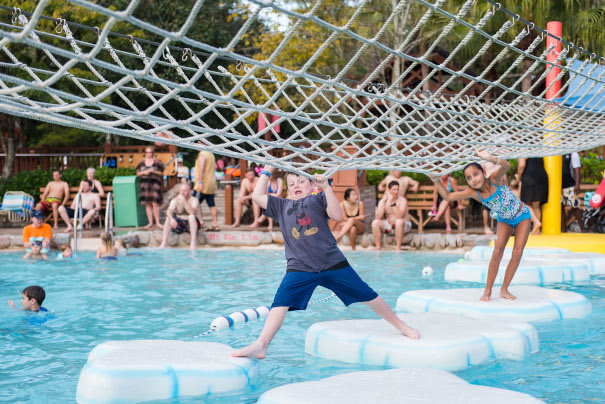 Tike’s Peak is the smallest of the park’s ski runs, with slides and rafts limited to guests 48 inches or shorter. It’s elaborately themed with snow sculptures and nods to Ice Gator, offering lots of fun for little ones.

Blizzard Beach is the world’s third-most visited water park and surely one of the most elaborately themed. We love spending the day at Blizzard Beach while visiting Walt Disney World whenever we need to cool off with some “snow.”