Today in Disney History, 1994: Honey I Shrunk the Audience Opened in EPCOT 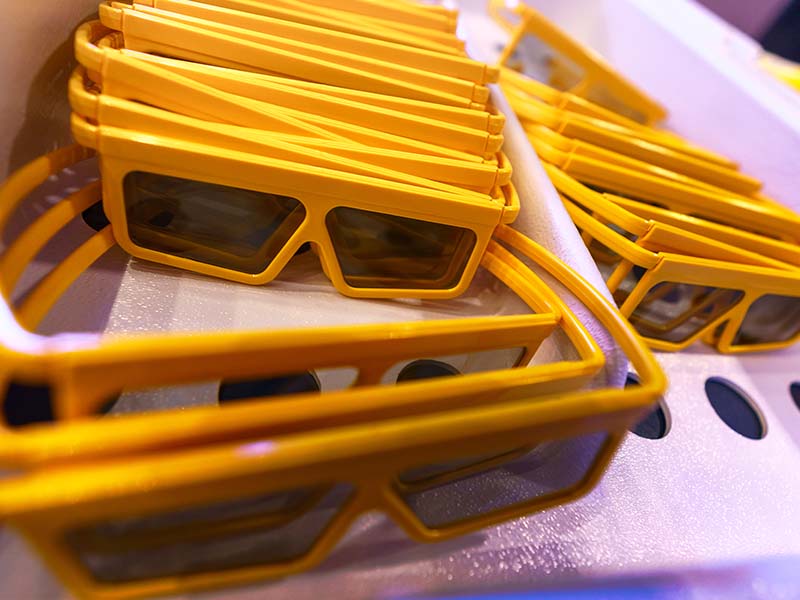 Learn the history of Honey I Shrunk the Audience, a 3D attraction from EPCOT’s past inspired by the hit film franchise.

Though it replaced the wildly popular Captain EO in EPCOT’s Imagination Pavilion, the Honey, I Shrunk the Audience replacement was still a success in its own right. While 3D was the primary innovation of the experience, the attraction relied on moving platforms, sound effects, and more to tell the story. We’ve got all the behind-the-scenes details on the blog. 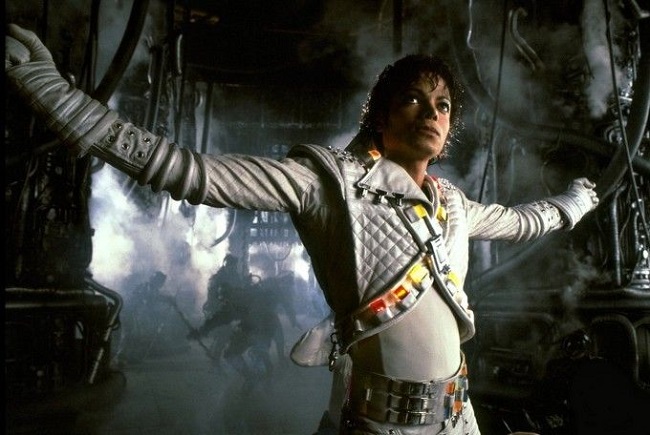 Captain EO was an ’80s favorite that retired for Honey, I Shrunk the Audience.

The theater that would eventually go on to host Honey, I Shrunk the Audience opened with the rest of EPCOT on October 1, 1982. Until 1986, the theater presented Magic Journeys, a staple film in the early history of Disney Parks that featured a world view from a child’s perspective with music by the renowned songwriting duo, Richard and Robert Sherman.

Magic Journeys continued its run in EPCOT until 1986, when Captain EO, a hit musical production in 3D starring Michael Jackson as the title character took over the space. Both shows paved the way for what would be one of the most popular shows adjacent to the Imagination pavilion, with their use of movements and sound effect in addition to 3D films.

Honey, I Shrunk the Audience

In 1994, Captain EO had its last showings (at the time, the show returned for a short tribute run after Michael Jackson’s death) and Honey, I Shrunk the Audience debuted in the Magic Eye Theater. 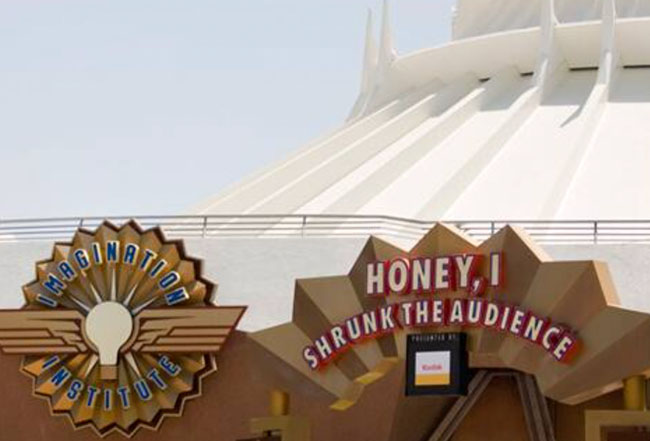 Honey, I Shrunk the Audience opened on November 21, 1994, and invited Guests in EPCOT into the Magic Eye Theater for a presentation by inventor Wayne Szalinski (played by Rick Moranis). The film would then, as its title states, inadvertently shrink the audience where they would then encounter several effects inspired by the plot of the popular movie franchise. 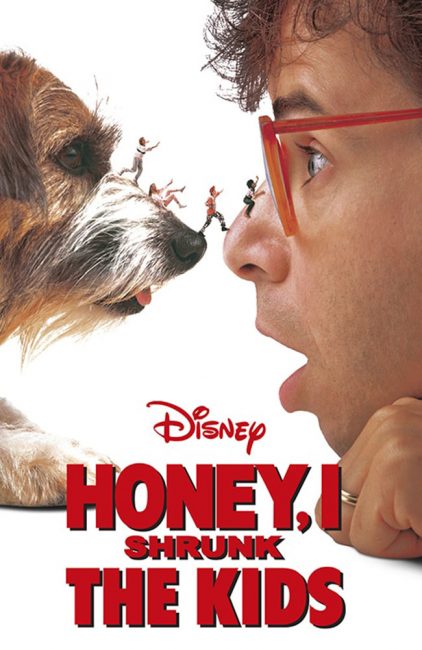 During the mishap, Guests who are now shrunk down would feel all sorts of special effects that created a totally immersive environment that felt extremely advanced for its time. These effects included wind from Szalinski’s hoverboard as the inventor flew by, along with frightening appearances by snakes, a lion, and mice. 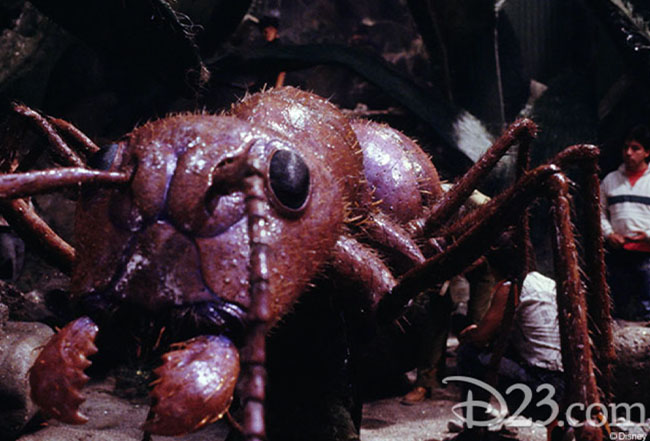 Giant ants are actually friends in the movie. Image via D23

Much like the spider sequence in It’s Tough to Be a Bug in Disney’s Animal Kingdom, these scenes led to several Guests with small children leaving the show early as combined with the effects these visuals could be quite frightening.

Less frightening, but still totally immersive were effects like the flash from a camera held by Szalinski’s youngest son, Adam, and Quark, the family dog who through a follow-up mishap is “blown up.”

The set-up of the Magic Eye Theater, which is now home to the Disney & Pixar Short Film Festival, may seem fairly simple at first glance, but there are a lot of complex effects at play to make the films feel so real.

The platform beneath the seating area for instance has the ability to move a full four inches up and down allowing Guests to feel movement based on what is happening on the screen.

The show also contained several Easter eggs, with perhaps the most fun especially for fans of the next door attraction being the appearance of Dr. Nigel Channing (aka Eric Idle.) While breaking from his character from the Journey Into Imagination With Figment attraction, Idle has a visible reaction to the snake, in Honey, I Shrunk the Audience, which is an intentional reference to the actor’s role in Monty Python.

After Honey, I Shrunk the Audience 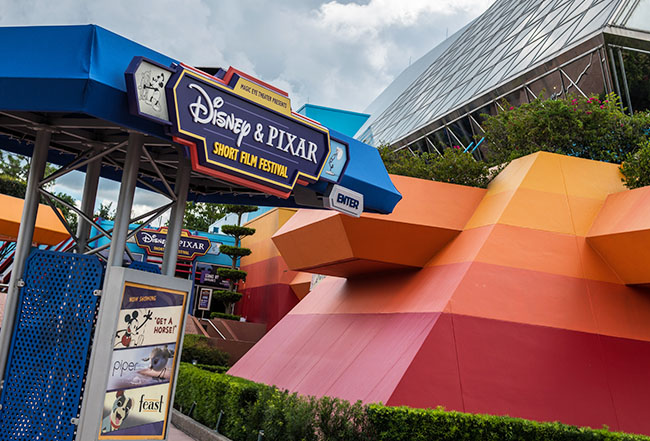 Honey, I Shrunk the Audience was not the only attraction inspired by the film franchise at the Walt Disney World Resort. Over at Disney’s Hollywood Studios (then Disney MGM Studios), the former Streets of America area used to be home to the Honey, I Shrunk the Kids: Movie Set Adventure.

This attraction was essentially a playground that made Guests feel as though they had been shrunk with larger-than-life theming like an oatmeal creme pie, dog nose (that sprayed Guests), and even a Kodak film canister.

The Honey, I Shrunk the Kids: Movie Set Adventure ironically outlived Honey, I Shrunk the Audience, despite being a much simpler attraction. The playground opened in 1990, and did not close until 2016 when the Streets of America were closed to make way for Star Wars: Galaxy’s Edge.

The 3D film was eventually added to several Disney Parks beyond Walt Disney World with versions of the show opening at Disneyland Park in 1998, Disneyland Paris in 1999, and Tokyo Disneyland in 1997 (with a different name as the show was called MicroAdventure!)

December 18, 2009, Disney Parks announced that, following the death of Michael Jackson, Captain EO would once again be shown at the Magic Eye Theater in EPCOT and at the Tomorrowland Theater in Disneyland. Honey, I Shrunk the Audience closed for good. Captain EO would run at EPCOT until December 6, 2015, after which, the Pixar Short Film Festival took over the theater.

Do you remember these Honey, I Shrunk the Kids attractions at Walt Disney World?