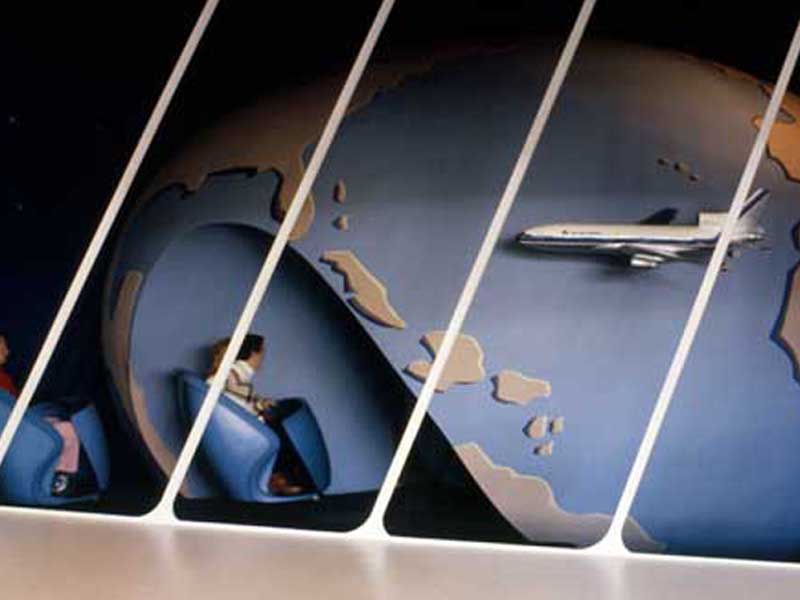 For nearly two decades, Eastern had served as the official airline of Disney. Keep reading to see how this partnership manifested itself in the park and advertisements during the ’70s and ’80s—and what led to its ultimate demise. 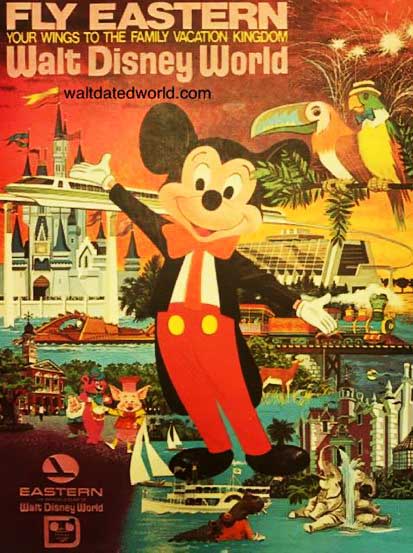 As far as the success of advertising Walt Disney World and Eastern Airlines during this time, we need to consider what marketing and booking travel was like in the early 1970s. Most Guests during this time booked trips through travel agents or called companies directly, and many of the ads they saw for destinations were in print.

Eastern Airlines had a successful print run through the 1970s and ‘80s advertising in travel catalogs as well as in magazines like National Geographic, and as Disney continued to promote the company as its official airline, its success continued to grow.

Moreover, planning travel during this time did not come with all of the easy ways we can compare different deals and price points while planning vacations today. If Guests read that Eastern Airlines was the official airline of Walt Disney World, and finding another airline to fly into Orlando was a tedious process without access to the internet, they would be more likely to book.

If You Had Wings 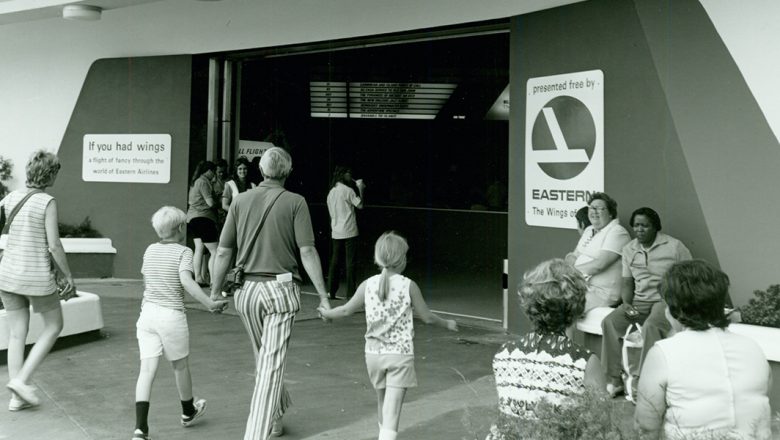 The partnership between Eastern Airlines and Walt Disney World was off to an incredible start. As a result, the airline company was brought in to sponsor its very own attraction in the Magic Kingdom, called If You Had Wings.

The Tomorrowland attraction was a slow-moving ride the whole family could experience that primarily showed destinations you could visit “If You Had Wings,” aka with Eastern Airlines.

Designed by Disney Imagineer and one of the creatives behind the Haunted Mansion, Claude Coats, If You Had Wings was only the second attraction at Walt Disney World behind the Mansion to utilize an Omnimover ride system.

Many Guests have fond memories of the imagery in the attraction, including a bird shifting into an airplane alongside views of numerous destinations and the original song titled, “If You Had Wings.” While it may seem like a somewhat obscure attraction today to Guests who did not experience it firsthand, it does hold some nostalgia for those who remember it!

When Eastern Airlines’ sponsorship of the attraction ended, Disney removed the original music and references to Eastern, and renamed the attraction “If You Could Fly.” This version was not nearly as popular as the original, and when Delta Airlines took over sponsorship in 1989, the ride system remained the same, but the sets and music were changed to fit a new attraction called Delta Dreamflight.

The attraction then operated for a short time without Delta’s sponsorship, before it was permanently closed in 1997 to make way for Buzz Lightyear’s Space Ranger Spin which opened the following year and is still open in Tomorrowland today.

The Decline of Eastern Airlines

As we mentioned earlier, Eastern Airlines thrived during the 1970s and ‘80s in part because of the lack of instant resources available to check out the competition. As more airlines began to ramp up their marketing specifically for flying into Orlando and as booking travel became easier, Guests found themselves with more options and less reason to stick to Eastern Airlines specifically.

It wasn’t only changing travel plans and marketing that led to the downfall of Eastern Airlines, however. The company was plagued by a number of labor disagreements that continued to worsen by the late ‘80s and into its final year, 1991.

The New York Times reports on strikes at Eastern Airlines.

Labor unions seemed to be continually in disagreement with the company’s then CEO, Frank Lorenzo, and continued labor shortages and legal fees were surely detrimental to an already struggling company.

The state of the economy and Eastern Airlines’ own debt situation was the final influence on the like being discontinued in 1991. On top of the debt that had built up from declining business and labor struggles, the aircraft in the company’s fleet were not exactly fuel-efficient, and all of this at a time when oil prices were extraordinarily high.

Whether it is the result of the classic attraction, If You Had Wings, or you are just nostalgic for the old days of Walt Disney World, many fans look back on Eastern Airlines with fond memories from their earlier trips to “the Vacation Kingdom of the World.”