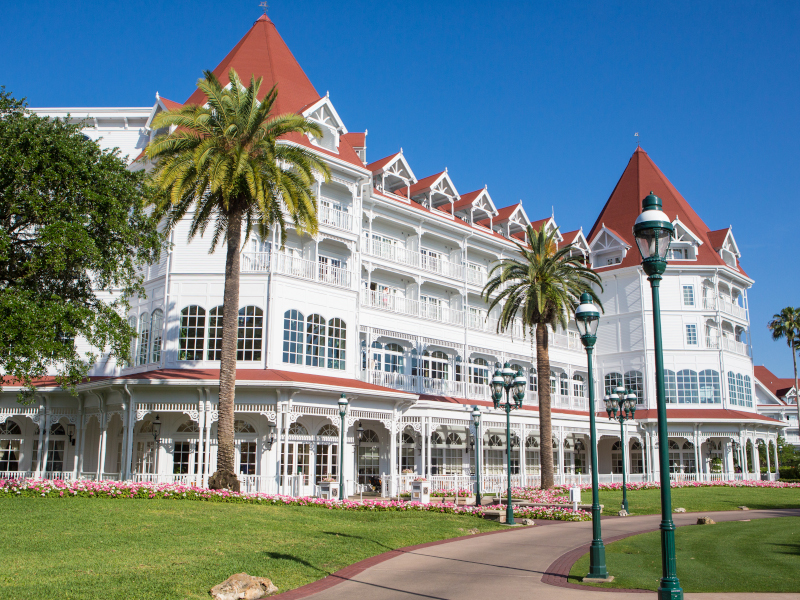 Vacation Kingdom of the World 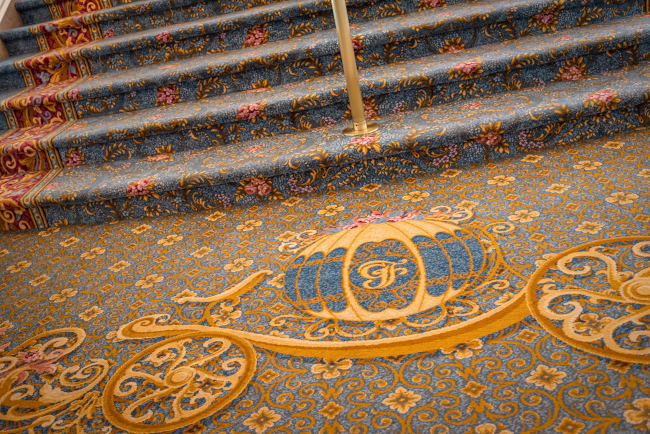 The Grand Floridian Beach Resort, as it was called when Walt Disney World’s flagship resort opened in 1988, was part of The Walt Disney Company’s vision for the ‘Vacation Kingdom of the World’ in Central Florida.

Roy O. Disney announced the Vacation Kingdom of the World concept for the Walt Disney World Resort at a 1969 press conference devoted to the opening of the company’s new East Coast theme park.

During the conference, he referenced his brother Walt Disney’s dreams for a Disneyland experience with more space to expand the park and create a more immersive experience for guests.

The Vacation Kingdom of the World would let guests stay with Disney at intricately designed hotels with exclusive recreation and amenities nearby the theme parks.

On June 28, 1988, the Grand Floridian Beach Resort became the third resort to open at Walt Disney World, followed by the majority of the other Disney resorts, which opened throughout the 90s and are continuing to open and expand today!

Turn of the Century – In & Around the Magic Kingdom 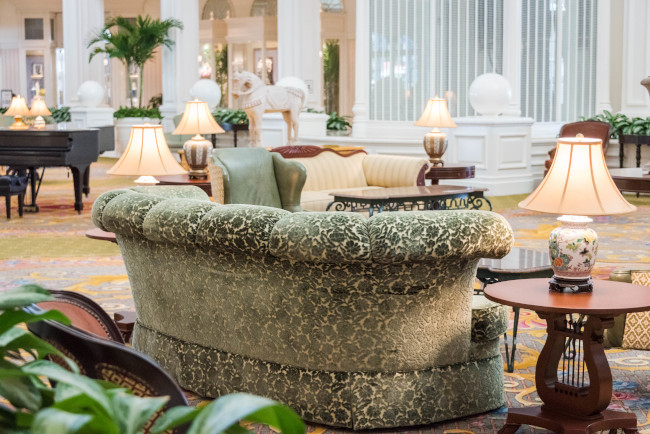 Some of the Magic Kingdom area resorts mirror lands in the theme park.

Disney’s Contemporary Resort is loosely designed with Tomorrowland in mind, while Disney’s Polynesian Resort (albeit a bit of a stretch geographically) fits in with Adventureland.

Disney’s Grand Floridian Resort & Spa takes the turn of the century theming found on Main Street USA and turns it up into a luxury Florida beach resort-inspired resort stay.

While the land was inspired by his childhood years spent in Marceline, MO, we can place the time of the land close to the turn of the century, specifically to the year 1893 (or a year or two after), given nods around Main Street to the 1893 Chicago World’s Fair.

For the ten years or so surrounding this time, Florida became a major vacation destination for many Americans.

Taking its cues from the same period as Main Street, Disney’s Grand Floridian Resort was designed with all of the Victorian details in mind that made up some of Florida’s most luxurious beach late 19th and early 20th-century beach resorts.

Cream colors, floral designs, intricate latticework, and red brick are just a few of the Victorian architectural details at play in the resort.

In contrast to Main Street USA (which is arguably more opulent than Walt’s Marceline, MO to begin with), the Grand Floridian is where people of the day would have splurged on a vacation, while Main Street represents where they lived.

Inspiration Around the Country 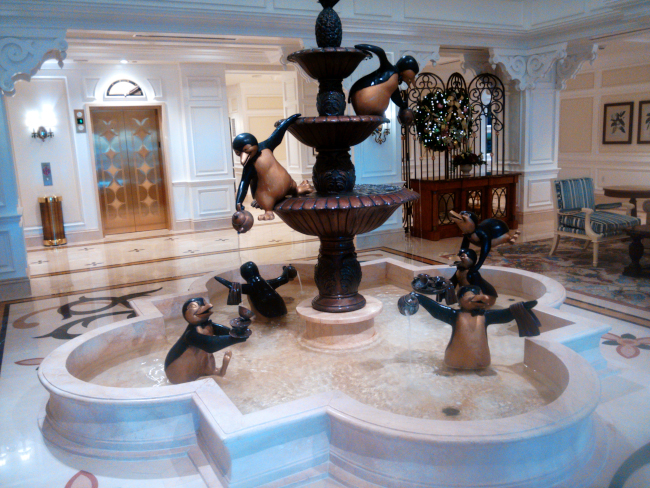 While the Grand Floridian is indeed a beach resort, themed to the golden age of Victorian vacations along Florida coastlines, the resort’s exterior was inspired by resorts from around the U.S.

The Mount Washington Resort in Bretton Woods, New Hampshire, is one of the most renowned instances of a white-sided and red-roofed Victorian-inspired resort.

Though a New Hampshire resort would obviously come with different amenities than a Florida beach resort, the Mount Washington Resort is authentic to the time period the Grand Floridian replicates (as it opened in 1902).

Another source of inspiration for the resort’s exterior came from the West Coast with the Hotel del Coronado in Coronado, CA. (On your next visit to the Grand Floridian, you can especially see the inspiration from this resort in the rounded buildings around the property, like the area that houses Narcoossee’s restaurant for instance.)

Like the Mount Washington Resort, Hotel del Coronado opened in the timeframe the Grand Floridian is based on, even earlier in 1888.

Much of the Florida-specific inspiration from the resort came from the Belleview-Biltmore Resort and Spa in Belleair, which opened in 1897 and was unfortunately demolished in 2015 save for a couple of the original buildings that were registered historic sites due to investor disputes.

The Belleview-Biltmore was constructed by a Victorian businessman named Henry B. Plant, who in 1893 gained ownership of a railroad line that he began rapidly expanding throughout Florida.

In a sort of similar story to the actual opening of Walt Disney World as the ‘Vacation Kingdom of the World,’ Plant sought to use the railroad to connect resorts to various tourist destinations and beaches throughout the state.

Plant’s hotel served guests at the peak of luxury, offering jazz lounges, ballrooms, and Victorian architectural details plus notable amenities throughout the early 20th century until the resort’s history took a turn during World War II.

During the 1940s, the Belleview-Biltmore was used for housing during the war effort. Following the war, it never recovered to its original grandeur.

Later damage caused by hurricanes, business disputes, and areas that were in excessive disrepair ultimately led to its closure.

However, it’s the resort’s prime years of 1897 through about 1915 that were important to Disney Imagineers in finding inspiration for their park-side Victorian beach resort. 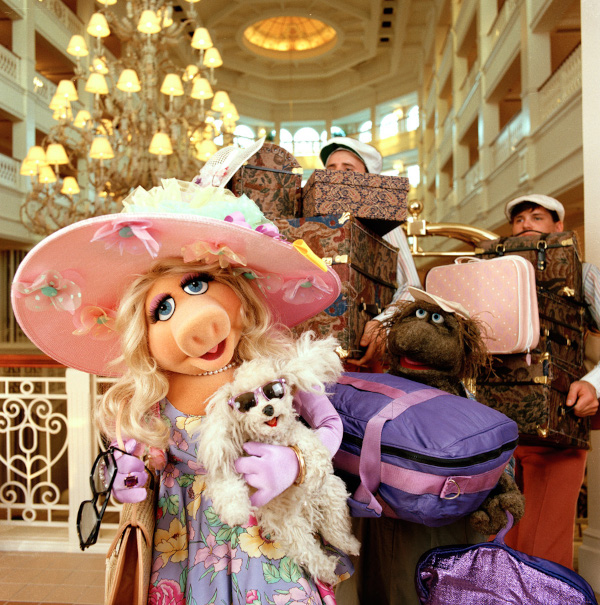 When Disney’s Grand Floridian Resort & Spa opened in 1988, it came with a price tag of $135 million, a price justified by the company’s belief that it would bring a new luxurious experience to Walt Disney World, and become a well-known destination around the world.

The resort lobby has not changed too much since 1988. The shops, restaurants, and some minor artistic details have changed.

Original guests will recognize the birdcage-style elevator, two grand chandeliers, and gingerbread-style trimmings around every railing and window display.

In contrast to authentic Victorian beach resorts, the Grand Floridian came with such modern amenities (some of which were true marvels in ‘88) like televisions in each guest room, multiple phones (including ones in the guest bathrooms), and modern recreational offerings.

Shops were loosely themed to Victorian counterparts but offering contemporary clothing for men and women, toys, and more.

While the resort had nearly every amenity a guest could need when it opened, some things, like the resort’s spa, and walkway to the Magic Kingdom, came later.

The resort’s opening day followed through with its storyline with an aquatic swim and dance performance set to thematic melodies performed by a live orchestra.

Then-Disney CEO Michael Eisner was on hand for the resort’s official ribbon-cutting, along with actor Burt Reynolds and about 4,000 members of the local and national press.

Today, Disney’s Grand Floridian Resort & Spa lives up to its original intention as one of the most luxurious resorts in Florida. It’s gotten a little away from the beach theme, but its Victorian details hold up.

The afternoon tea in the Garden View Tea Room, authentic pieces of art from the time period spread throughout the resort, its AAA Five Diamond Restaurant, Victoria and Albert’s, and of course Disney charm and close proximity to the Magic Kingdom!