Today in Disney History, 1987: The First Disney Store Outside a Park Opened 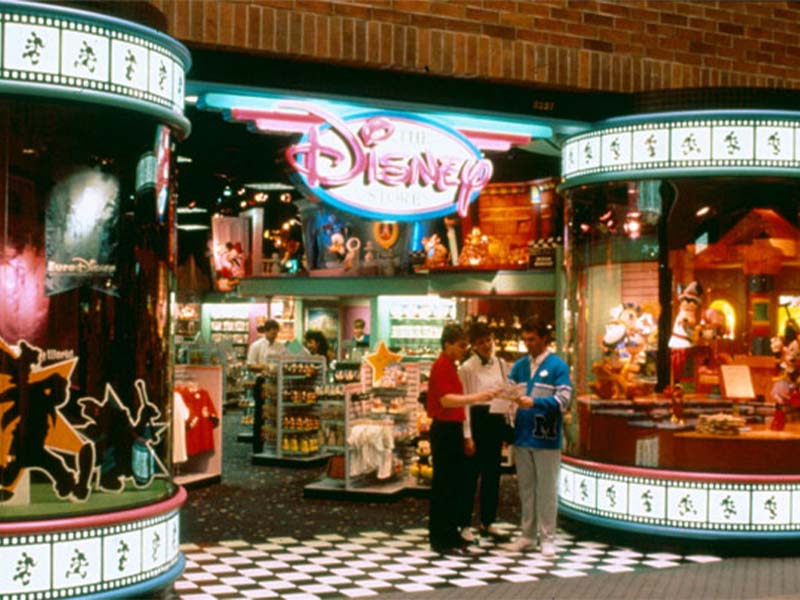 Scroll on to learn more about the very first Disney Store to open outside a Disney Park—and how the store evolved over time.

Swing by the food court for your Starbucks and Sbarro, sniff some candles at Bath and Body Works, and head on over to the Disney Store, the pinnacle of mall shopping. The very first retail Disney Store outside a park opened on this day in 1987 in the Glendale Galleria in California. Learn more about the Disney Store in this post.

Prior to the opening of the Glendale Galleria Disney Store location, the only store located outside of a theme park was the one found within the Orlando International Airport that was run directly by Walt Disney World.

During Michael Eisner’s time as CEO of the Walt Disney Company, he and president of the company Frank Wells saw the lack of Disney merchandise locations outside of the parks as a missed opportunity. The team went to work creating the Disney Store model, based on merchandise concepts that already existed in the theme parks.

Under this model, store employees acted essentially like Cast Members in Disney theme parks, and they underwent the same training so they could provide a similar level of service to guests all over the country.

By the late ’90s, the Disney Store was a success, and the number of stores peaked in 1997 with a total of 747 stores across the US. At this time, store Cast Members were even able to assist guests with buying tickets to Disney theme parks, and they enjoyed many of the same perks as in-park Cast Members despite working at their local malls.

In the early 2000s, Steve Jobs had come up with a concept to breathe new life into Disney Stores. He imagined a store more like an Apple Store, where guests would find hands-on products they could try while testing out new technology, in only a way Disney could create, of course. 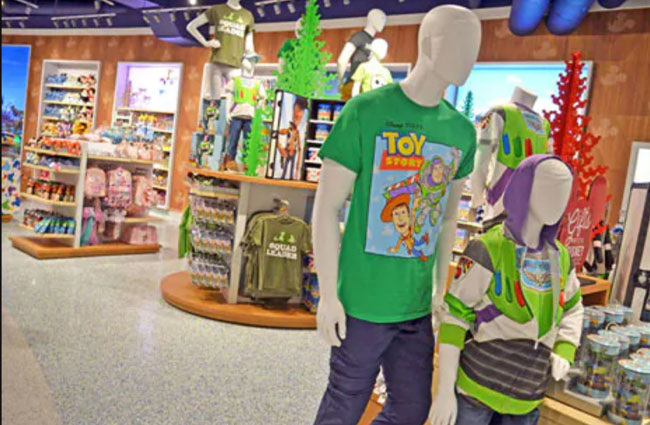 Jobs’ concepts were rolled out in a couple of stores, as were different flagship stores in various parts of the country offering items more specific to their locations. One example of this store that still remains today is the Times Square location in New York City. (The Times Square Disney Store is also one of the very few locations outside of Disney theme parks where you can pick up select packaged treats like Mickey Rice Krispie treats and Goofy’s Candy Co. items!)

The more interactive concept for the Disney Store likely would have seen some success if it were implemented earlier, but by the time Disney could have really taken off with it, malls were on the decline and business was becoming increasingly difficult to sustain. 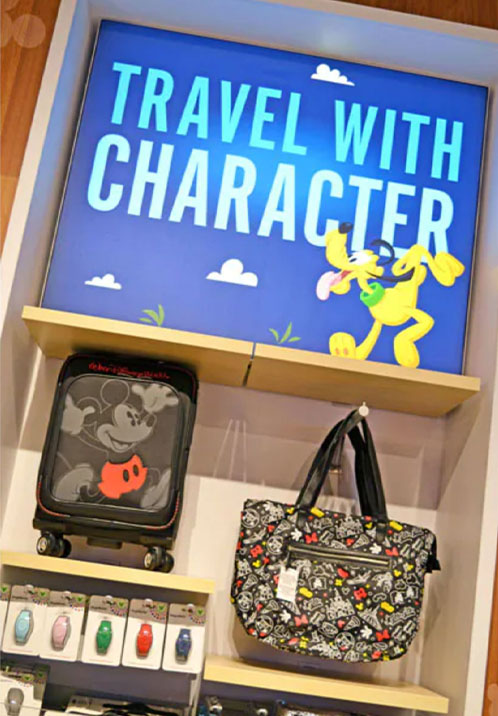 Luggage for sale at a mall location. Photo courtesy of Disney

In 2004, another mall staple, the Children’s Place, took over management of the store with the company hoping to find new opportunities for profit by expanding to more stores and lowering some price points on items.

Unfortunately for Disney and the Children’s Place, this model did not work either despite things looking better from the guest perspective as more stores were opening. The Children’s Place ultimately pulled out of the venture as a result of Disney’s strict licensing processes that forced expensive store remodels regardless of profit margins.

The parent company of the Children’s Place, Hoop Retail, sold the stores back to Disney by the end of 2008.

Disney Store: The End of an Era

Disney Store locations had been on the decline for a number of years, but in 2019, The Walt Disney Company announced that Disney’s merchandise offerings would be teamed up with Target. While many fans have not seen a Disney-fied section of Target to this day, they are still popping up around the country, while at the same time most Disney Stores have closed their doors permanently. 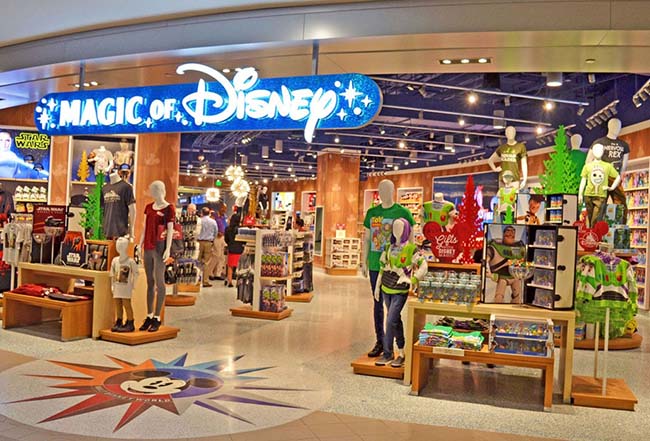 We’ve reached the end of an era for Disney Stores (and malls in general). Photo courtesy of Disney

By the end of 2021, the majority of states no longer had Disney Stores, with California having the most stores out of any state with only five remaining. During the last mass Disney Store closing in 2021, the company announced that it would be shifting its merchandise efforts to focus on shopDisney, where Guests could shop for their favorite Disney products from the parks and beyond online.

The closing announcement mentioned that 20% (60) of the remaining Disney Stores in North America would close, leaving most fans without a store in their area by the end of 2021.

If you were able to visit Disney Stores back in their peak, they probably have a special place in your heart (and we know the feeling!). For now, we’ll just have to plan stops at whatever Disney Stores we can find on any road trips we might take, and spend lots of time exploring the World of Disney while at Walt Disney World.