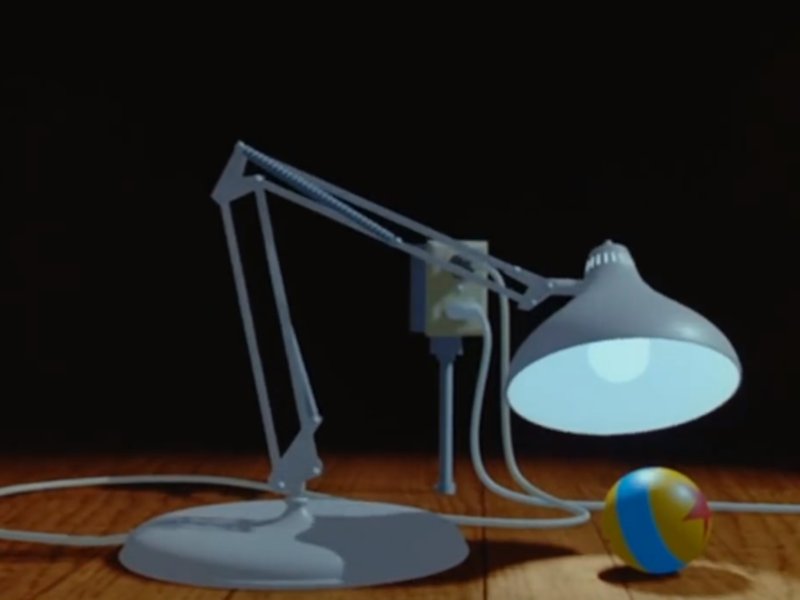 Get the full Luxo Jr. history and even rewatch the iconic short below.

It all started with a lamp: Luxo Jr., a short film about a now-famous desk lamp, became the first animated project from Pixar when it debuted in Dallas. The computer-animated film foreshadowed the immense success of the animation studio over the next several decades. But why did they start with a lamp? 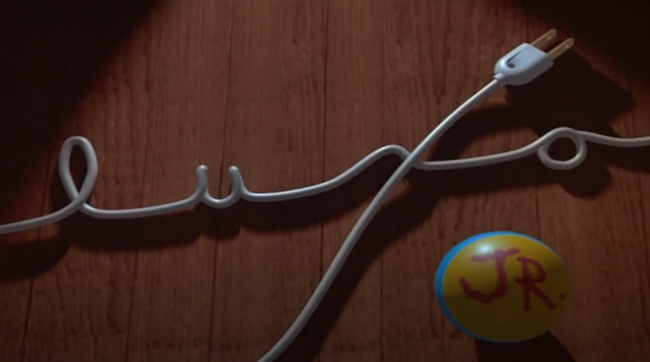 The 1986 Pixar short Luxo Jr. has become one of the most recognizable pieces of animation and film introductions of all time. You may have heard that the inspiration for the short simply came from a lamp on John Lasseter’s desk, but Lasseter’s connection to the lamp as a character goes back a little bit further in his history.

While attending CalArts, the aspiring animator-turned-filmmaker created a short film called The Lady and the Lamp. Taking cues from the Walt Disney Company’s history of adding interesting personalities to inanimate objects, the short featured a lamp going through multiple stages of emotions.

After seeing a coworker’s newborn, the idea struck that the short could be expanded upon by creating a smaller, “baby” lamp alongside the original. Using a lamp of all things for the shorts helped to force some creativity to add humanlike emotions and expressions to an otherwise mundane piece of office equipment, and the challenge proved an exciting one for Lasseter.

With some work on the lamp project behind him, Lasseter prepared a character study for Ed Catmull and Alvy Ray Smith, Pixar’s lead creatives and cofounders. Beyond the expressions shown through the anthropomorphic lamp, Lasseter’s study sought to showcase another notable achievement the short could display: an enhanced way to animate light and shadows. 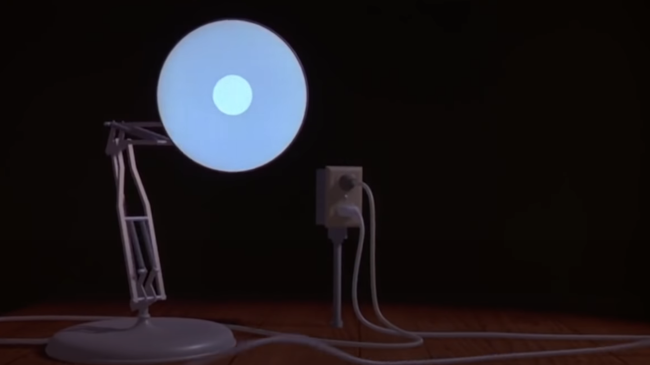 Another reason for Lasseter’s fascination with the lamp was that it gave him the ability to experiment with animating varying perceptions of light, shadows, and the interaction between the two. Doing so was quite the challenge, as he was careful to edit in light where it would be reflected with a real-life desk lamp and as he attempted to capture elements like the glow and shine of the lightbulb against the rest of the set.

The plot of the short is simple, with the parent lamp essentially doing some parenting as Luxo Jr. nearly falls while balancing atop a ball. By the end of the short, the ball is flattened by Luxo, who then turns to look at the audience.

The turn toward the audience was another instance of Lasseter’s character study showing how lighting could be used in computer animation. The thought may not have come to mind while watching the short ahead of your favorite Pixar films, but next time you watch, consider the light’s movements, and you will realize what an accomplishment the work was to the world of animation in 1986. 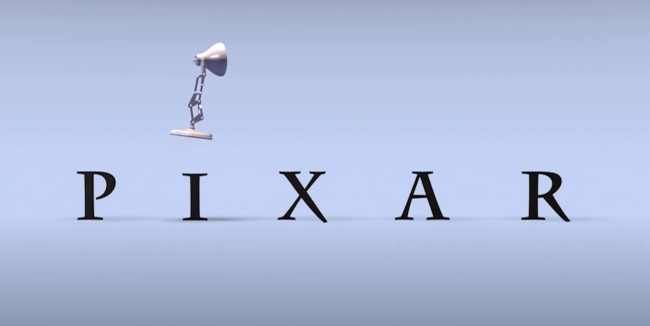 The short was extremely well received by nearly everyone who saw it; Pixar executives and colleagues of John Lasseter’s praised the work, and when it was shown publicly at the SIGGRAPH computer graphics festival in Dallas, it was met with widespread critical praise. Luxo Jr.even went on to become the first fully computer animated film to be nominated for an Academy Award.

Today, most fans of Disney and Pixar likely know the film from its use in the opening of each Pixar film, where the “i” in Pixar is flattened by the lamp similarly to the ball in the original version.

Although to many it may simply be an introduction to the animation company behind the full length feature they are about to watch, Luxo Jr. has become incredibly iconic lending its likeness to everything from merchandise to creative, fan-made cosplays and Halloween costumes. 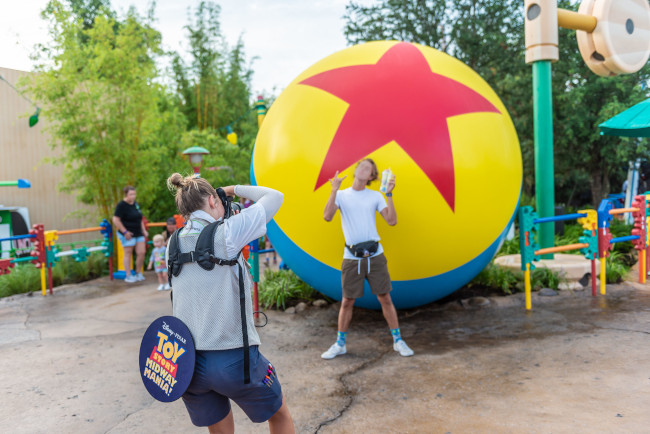 Perhaps the most iconic piece of animation to come from the Luxo Jr. short is the “Luxo ball.” Since debuting in the short in 1986, the brightly colored red, yellow, and blue ball has been seen in a number of Pixar movies, including Toy Story, UP, and Monsters, Inc., just to name a few.

Pixar is known for working a variety of Easter eggs into their films, and the Luxo ball is one of the most fascinating due to its origins as one of the earliest computer animated shorts that is still known around the world today.

The ball has even become as much of a symbol for Pixar as Luxo Jr. itself, and guests to the Walt Disney World Resort can even spot the Luxo ball in person while traveling through Toy Story Land at Disney’s Hollywood Studios.

The history of Luxo Jr. is a fascinating one that began with its debut in 1986 and continues to this day with every new Pixar film to be released. Its legacy has now been preserved in the National Film Registry as a result of its influence on pop culture and inclusion in other films, and we’re always ready to get a glimpse at the iconic lamp ahead of each and every Pixar movie we queue up on Disney+ or rush to theaters to see!