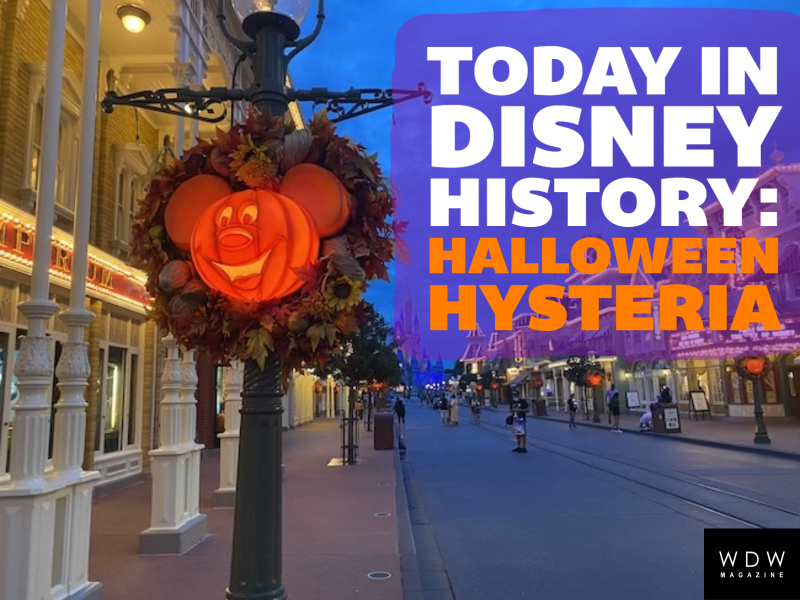 Way back in 1979, you could celebrate Halloween at Disney World with Halloween Hysteria at Magic Kingdom.

Long before Mickey’s Not-So-Scary Halloween Party, Magic Kingdom hosted a one-night event called Halloween Hysteria. The park stayed open until 1:30 AM, and a little band called The Police performed for the crowds. Keep reading to learn more about this scariest of celebrations. 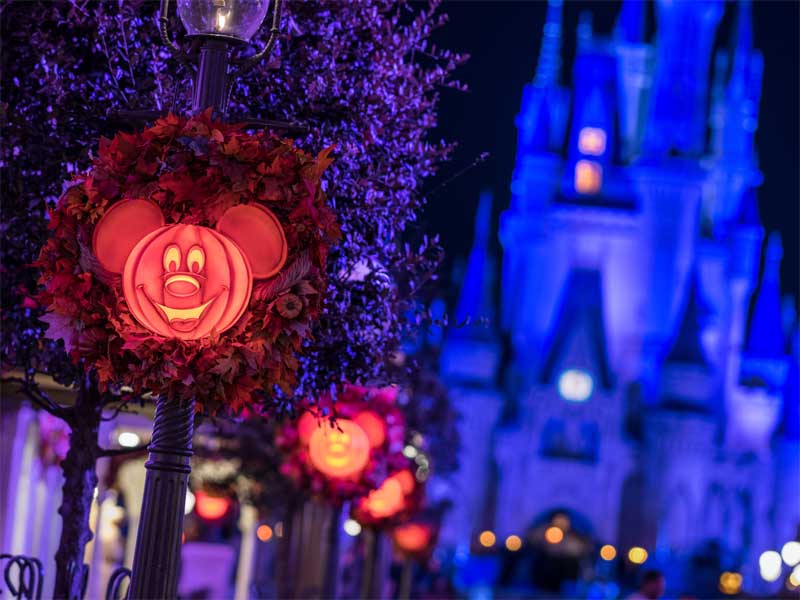 The event debuted as a one-night-only offering in the Magic Kingdom on October 27, 1979. Before we get into Halloween Hysteria however, we need to head back to the year following the opening of the Magic Kingdom …

We took you in-depth into Halloween Weekend in our October 2020 issue of WDW Magazine, and fans loved it. In fact, we’re SOLD OUT. But if you want to relive the ghosts and goblins of Halloweens past at Magic Kingdom, you can still access this special issue by becoming a subscriber. Your subscription to WDW Magazine gets you access to digital versions of all our collectible issues. Subscribe today to access this haunting content! 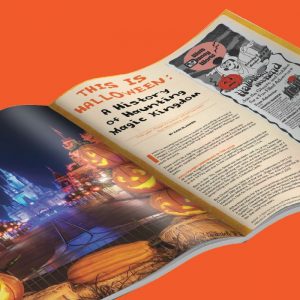 While Halloween Weekend did include some additional entertainment, including family-friendly magic shows and character meet-and-greets, plus a screening of The Legend of Sleepy Hollow, one major highlight for guests was that rides on the Haunted Mansion were free during the event.

In 1972, as you may recall, Magic Kingdom operated on ticket books that only gave a limited number of tickets for each type of attraction. The Haunted Mansion was considered an E-Ticket, the highest-priced and most valuable ticket type in the book that would typically be used up quickly.

And, as you may have figured out by now, there is one noticeable difference from Halloween Weekend to the special events we know today at Walt Disney World (and even to “Halloween Hysteria.”) Halloween Weekend was included in park admission.

The event was a resounding success, and as a result, it was offered again the following year, also during Halloween weekend. Despite its popularity, the park then took a few years off from Halloween celebrations, though some smaller events such as trick-or-treating in stores did continue through the mid-1970s in the Walt Disney World Village. 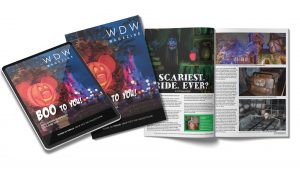 Click here to get our special Halloween 2021 issue of WDW Magazine.

Halloween Hysteria became the first separately ticketed Halloween event to take place at Magic Kingdom. In concept, the event may have been more comparable to the After Hours Parties (think Boo Bash) we see today than to the usual Mickey’s Not-So-Scary Halloween Party.

However, it certainly helped to pave the way for party nights to come in the Magic Kingdom. (Originally, the concept of an After Hours Party came from Disneyland, where various events similar to this one had already been hosted at the park prior to 1979.)

For just $10 (!!), paid for in person at the entrance to Magic Kingdom, guests could enjoy a special Halloween party at Magic Kingdom for one night only. The event ran from 9:00 PM to 1:30 AM. 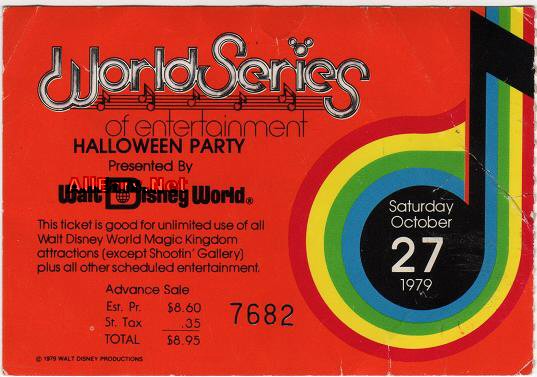 A ticket to the events of Halloween Hysteria at Magic Kingdom. Photo courtesy of Disney

Adjusted for inflation, that $10 would only be about $38 today. (Try not to think about that the next time you purchase After Hours or Mickey’s Not-So-Scary Halloween Party tickets!)

The event again featured a family magic show for entertainment, but it also brought in some higher-caliber musical guests. While it was part of a promotion throughout Walt Disney World called the “World Series of Entertainment,” we have to imagine that it would have been memorable to see a performance of The Police right in the Magic Kingdom! 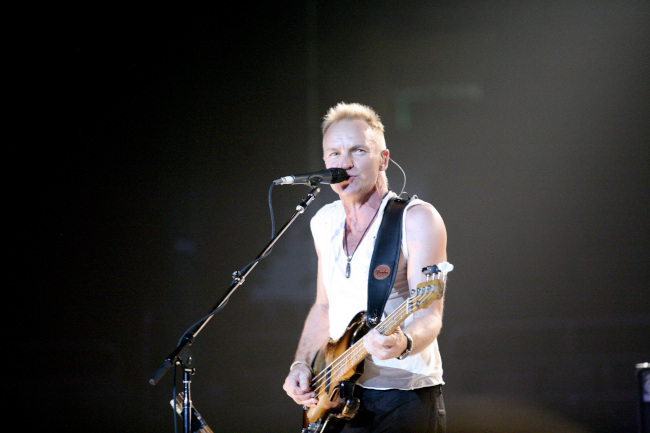 While the event proved to be very popular with guests, Magic Kingdom largely stayed away from Halloween festivities save for the one-off specialty food item or decorations around the park until the first Mickey’s Not-So-Scary Halloween Party took place. 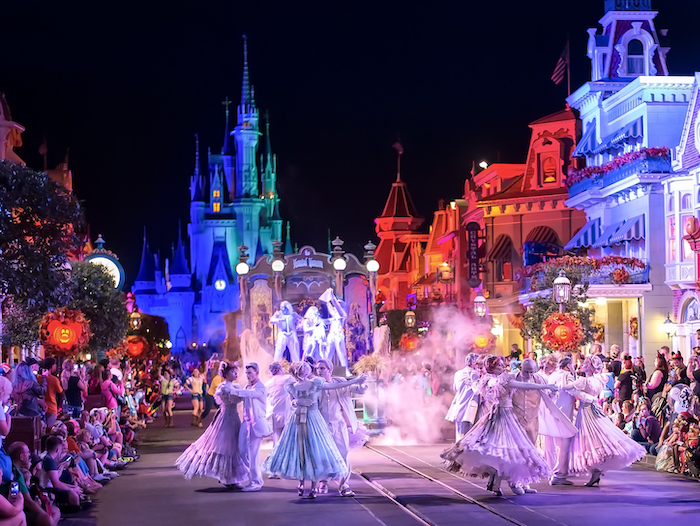 Much like its two predecessors, the first Mickey’s Not-So-Scary Halloween Party was offered as a one-night special event on October 31, 1995. The separate entry fee for the first party was just $17 (or $30 today), and guests loved it.

Due to its popularity during Halloween 1995, Mickey’s Not-So-Scary Halloween Party expanded gradually each of the following years, leading up to today where the event actually starts in August!

A more family-friendly take on the earlier Halloween Hysteria event, Mickey’s Not-So-Scary Halloween Party was largely a hit due to guests’ ability to trick-or-treat in the park. Another major perk guests enjoyed at early parties was much like Halloween Hysteria and Halloween Weekend: Fewer guests in the park meant more time to ride attractions without long waits in line.

As Mickey’s Not-So-Scary Halloween Party evolved, so did the character meet-and-greets as they now come with special Halloween costumes, as well as projection work, parades and fireworks, and even stage shows, that have all come a long way since 1995.

Disney fans today can now celebrate Halloween at theme parks around the world and even aboard Disney Cruise Line with a Halloween on the High Seas cruise!

We covered the transition between these two creepy Magic Kingdom events in greater detail in a previous issue! Become a digital subscriber to our monthly magazine to get access to this article and all our back issues.