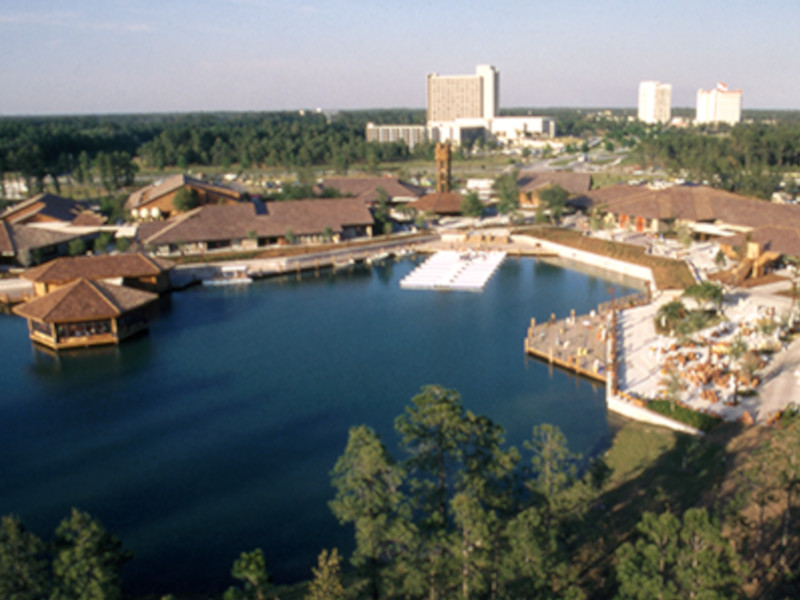 The Lake Buena Vista Shopping Village officially opened its doors at Walt Disney World. This area offered shopping, dining, and unique entertainment for those who weren’t in the parks. Any guesses as to what this area is called today? 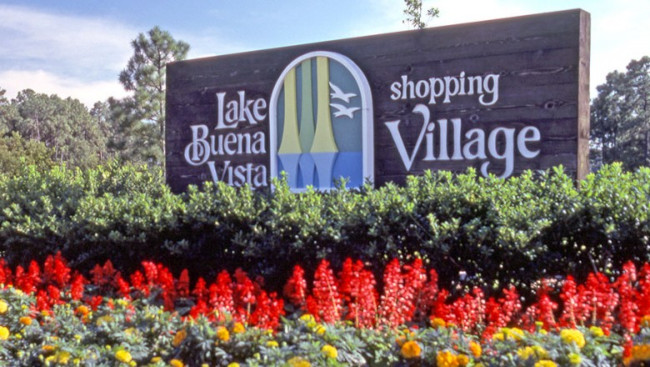 The city of Lake Buena Vista was established in 1967 as a subdivision of Orlando on the future property of the Walt Disney World Resort.

Originally, Disney developers planned on building the resort around this plot of land between I-4 and Highway 535; however, Walt requested that the land be included as he believed that it offered potential for an entertainment and shopping area and maybe even residential homes.

Fulfilling Walt’s wish, Disney acquired the city, and developers named it after the street address for the Walt Disney Studios in Burbank, Buena Vista Street.

After Walt’s death, however, the company was focused on Magic Kingdom and neighboring resorts and recreational offerings in preparation of the opening of his beloved “Florida Project.”

With so much going on in the construction of the theme park and hotels, the shopping and entertainment district idea was put off until after the park’s opening. It wasn’t until 1975 when the Lake Buena Vista Shopping Village officially opened near Village Lake with original merchandise locations and restaurants for guests to enjoy. 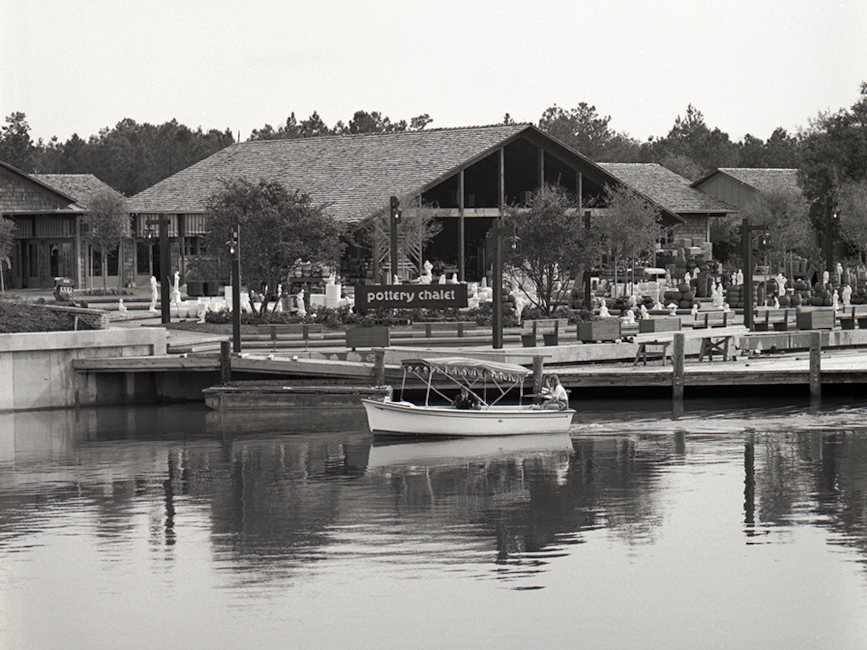 When it opened in 1975, the Lake Buena Vista Shopping Village was one of the first of its kind in terms of bringing high-quality, unique shops to such a popular destination.

Throughout the late ’70s, the shops covered a variety of themes and products, including toys, handmade artisan goods, gourmet kitchen accessories, Disney souvenirs, and more.

Opening day shops included the Pottery Chalet, which sold handmade pottery and offered demonstrations daily for guests to participate in; Toys Fantastique, an FAO Schwarz-like version of a toy store with detailed displays enticing guests to buy; and the Character Shop, where guests could shop for souvenirs based on their favorite Disney characters. 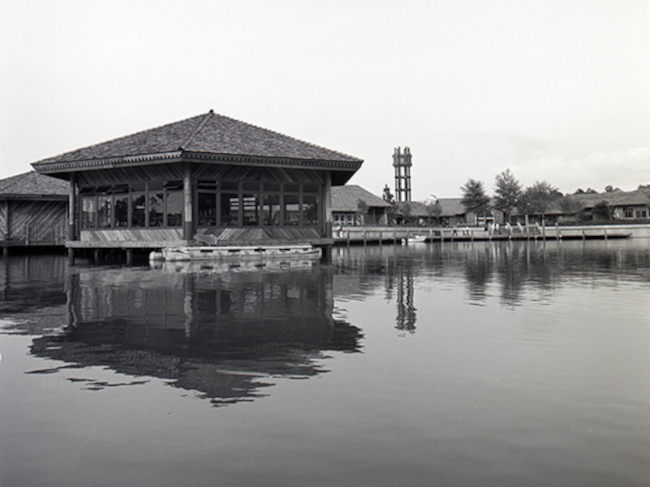 During its run as the Lake Buena Vista Shopping Village, and the Walt Disney World Village as it was renamed in 1977, guests also found a variety of unique dining opportunities.

The Empress Lily (which later became Fulton’s Crab House and is now Paddlefish in Disney Springs) was one of the most memorable restaurants in the area, offering a fine-dining experience on the water. And fun fact: The ship was named after Walt’s wife, Lillian.

The Empress Lilly also offered dining with Santa during the holidays in 1977– and some of the first character dining experiences at Walt Disney World, with Snow White replacing Santa outside of the holiday season.

Other favorite restaurants early in the history of the Walt Disney Village included the Village Restaurant, a casual eatery offering family-friendly fare, and Captain Jack’s Oyster Bar, a more casual, decidedly 1970s version of something similar to The BOATHOUSE of today. 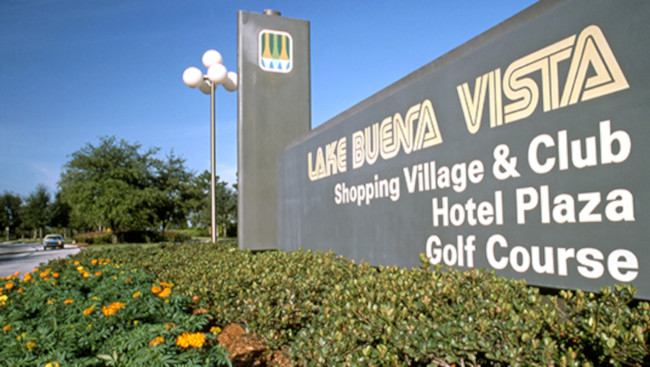 The Lake Buena Vista Shopping Village had a bit of an identity crisis early on as Disney executives struggled to get guests to spend time there in addition to Magic Kingdom and their resort hotels.

The first name change came in 1977, when the area was renamed the Walt Disney World Village, a name chosen with the hope that guests would recognize the district as a place that was part of Walt Disney World and therefore somewhere they should go during their vacations.

The Walt Disney World Village saw higher visitation than the Lake Buena Vista Shopping Village, but it wasn’t yet up to what the company was hoping for.

In 1989, the area became the Disney Village Marketplace, which was closer to what guests needed to understand what the complex offered but still not overall enticing enough to get enough people to visit.

In 1997, the entire area was rebranded with different themed districts under the name Downtown Disney.

Disney increased marketing on the site, promoting it as a shopping, dining, entertainment, and nightlife district perfect for adults to spend time after the theme parks closed and fun for families to grab lunch at a themed restaurant, take in some live entertainment, shop, and more.

While some passionate Disney fans today are nostalgic for the Disney Village Marketplace or one of its other former names, Downtown Disney was the first truly cohesive marketing effort bringing together nightlife, shopping, and dining experiences, all themed to Disney’s renowned level of detail. 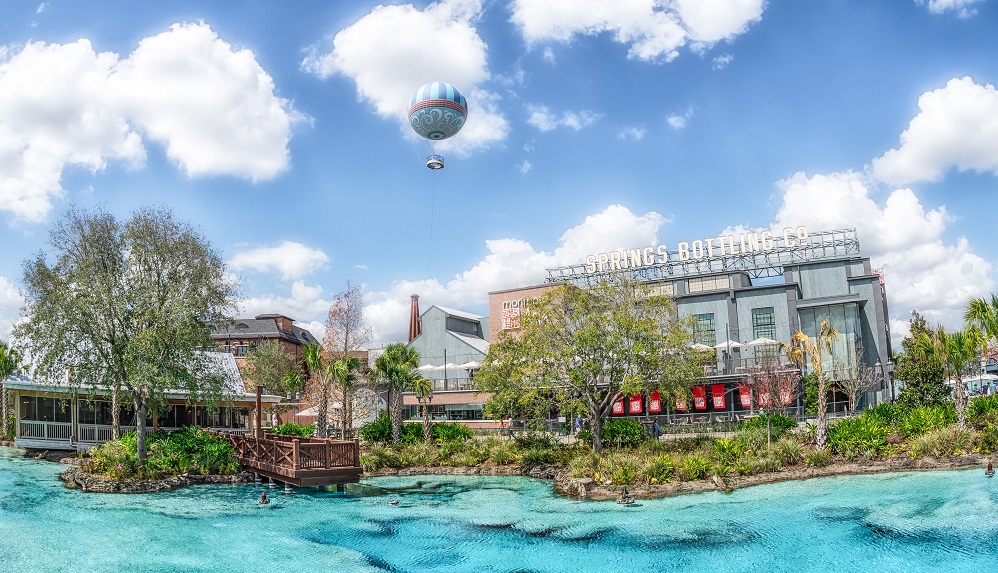 …is Disney Springs! Downtown Disney underwent a major refurbishment in 2015, with Disney effectively rebranding the area and offering  a new storyline tying it all together under Disney Springs.

The nightlife district of Pleasure Island, along with the rainy-day staple of DisneyQuest, an indoor interactive arcade, were casualties of the last remodel, but Disney Springs today offers some of the most beloved dining and shopping experiences at Walt Disney World.

The area is full of fan-favorite restaurants like The BOATHOUSE and Morimoto Asia, and new entertainment is coming soon with the addition of a made-for-Disney version of Cirque du Soleil.

Disney Springs may not look too similar to its original counterpart, but today we can say for sure that Walt had the right idea with his request to include a shopping and dining area at Walt Disney World.