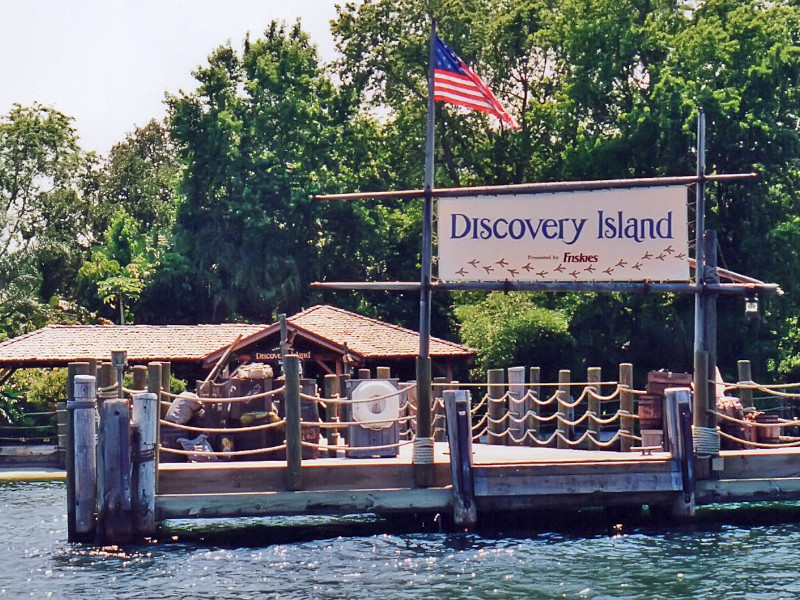 Located on Bay Lake just behind the Contemporary Resort, Discovery Island opened at Walt Disney World with its original name, Treasure Island. For 25 years, guests could explore 11.5 acres of tropical terrain and encounter animals along the way. On our blog, find out what a day on the island was like. 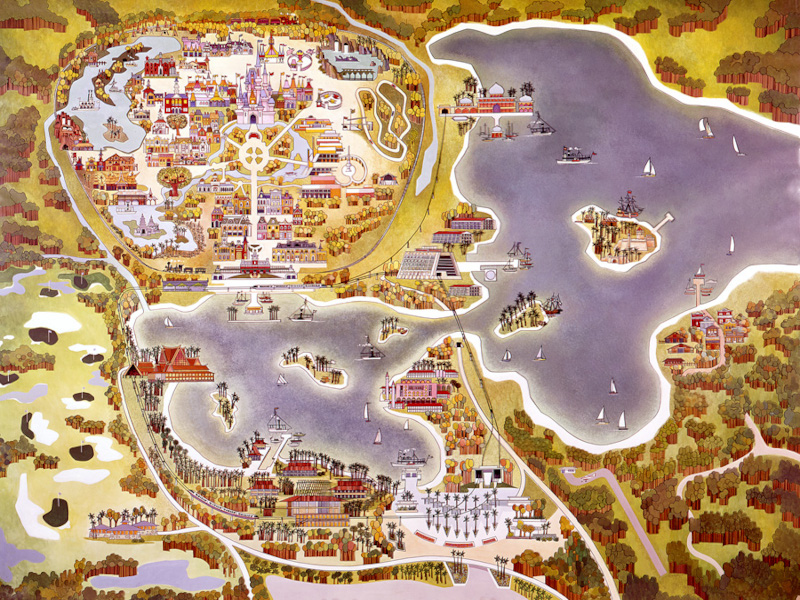 The Walt Disney World island that eventually came to be known as Discovery Island was home to a number of residents before the Walt Disney Company acquired it in 1965.

The earliest known inhabitants of the island were the Raz family, a central Florida farming family who worked the land on the island from about the turn of the century to 1937. While unofficial, the island was known as Raz Island during this time. 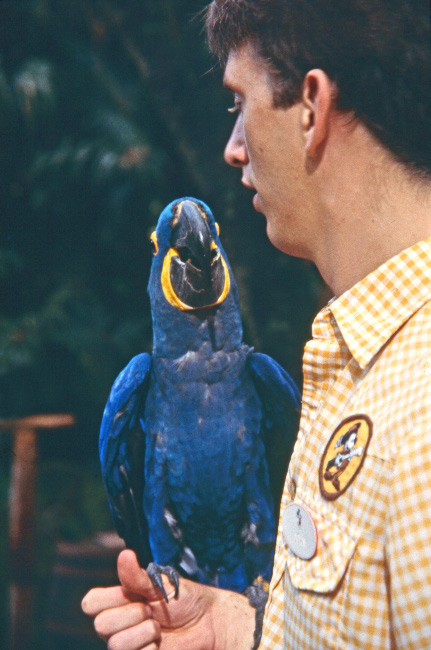 In 1937, the island was purchased by radio host Delmar Nicholson, or “Radio Nick” as people knew him on the air. Nicholson only paid $800 for the island (roughly $15,000 when adjusted for inflation).

In addition to appearing on local radio shows, Nicholson was skilled at growing exotic plants and had an interest in zoology. He stayed on the island, which he called Idle Bay Island, for about 20 years, making a home for himself, his wife, and a pet crane.

When Nicholson’s health declined later in life, he sold the island to a local business firm that used the land for hunting retreats. During this acquisition, the island earned the name Riles Island, which stuck until Disney took over ownership. 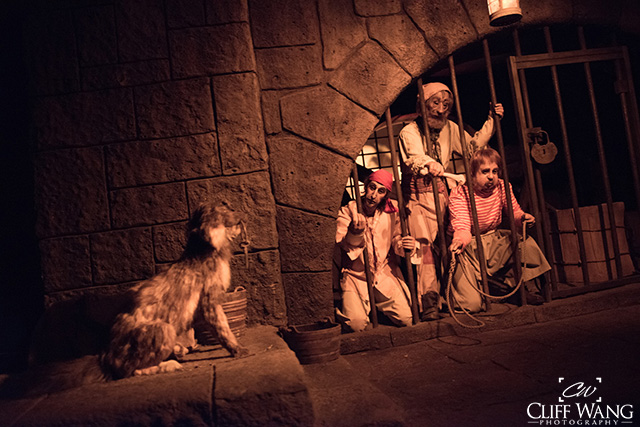 The Walt Disney Company purchased the island in 1965 while acquiring land for Walt’s famous “Florida Project.”

The opening of the island took place in 1974, three years after the opening of Walt Disney World, as a botanical escape where guests could wander trails and observe wildlife in the middle of Bay Lake.

As its name suggests, the island was originally intended to be inspired by pirate lore. Guests visiting the Magic Kingdom in 1971 even saw maps advertising the island that mentioned Blackbeard.

Guests could access the island via boat, with stops during tours of Bay Lake. Once on the island, guests could explore and find a variety of wildlife with loose nods to the Treasure Island theme.

The Treasure Island name was short lived, as it was renamed Discovery Island soon after it opened. 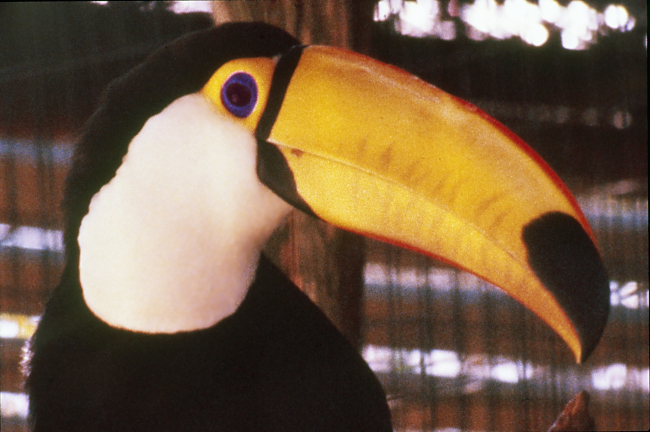 In 1978, the island was accredited by the American Association Zoos & Aquariums, so Disney changed the name to Discovery Island to be more in line with conservation and education initiatives and less into a proposed fictional backstory.

Once on Discovery Island, guests would encounter a variety of animal exhibits with the most notable being Trumpeter Springs, home of trumpeter swans (the heaviest living birds in North America); Avian Way, which featured the largest scarlet ibis breeding colony in the country; and Tortoise Beach, an area that housed five Galapagos giant tortoises.

Other attractions featured lemurs from Madagascar, an array of migratory birds, and the aptly named Pelican Bay and Flamingo Lagoon. 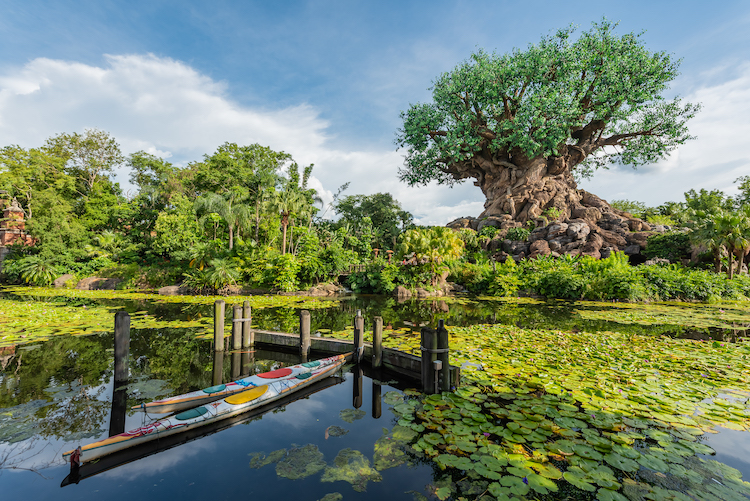 Discovery Island operated on Bay Lake until April 1999, just about one year after the opening of Disney’s Animal Kingdom.

When Discovery Island opened in 1974, it was one of the experiences that elevated a trip to the “Vacation Kingdom of the World.” The island offered a specialized experience where guests could stay on Disney Property and spend the morning riding classic attractions in the Magic Kingdom and the afternoon learning about exotic wildlife just a boat ride away from their hotels.

By the time Disney’s Animal Kingdom opened, popularity in Discovery Island was already on the decline. With three additional theme parks, guests were finding less incentive to pay a separate (albeit small) admission fee to access Discovery Island, and many could not justify the time during a vacation when the resort offered so much else to see.

When Animal Kingdom opened, the need for Discovery Island in terms of family-friendly animal exhibits and education opportunities had drifted away as the new park had all of these areas covered.

In the month following the island’s closure, the animals who inhabited it were either moved to Animal Kingdom, likely to the Discovery Island area near the front of the park, named for the original Disney island, or to other zoos around the country.

After 1999, a handful of urban explorers have made their way to the island, which they’ve found has largely been abandoned in place. Many of the original structures remained on the island in the years after it closed, and some wildlife that likely lived there before the AZA was involved remains on the island.

Today, it is not open to the public, and we don’t recommend trying to get over there on your own, but we do hope we’ve inspired you to look around Discovery Island at Animal Kingdom during your next visit to get a glimpse into what a visit to the original Discovery Island was like during its prime.