Today in Disney History, 1971: The First Monorail Was Set On the Tracks 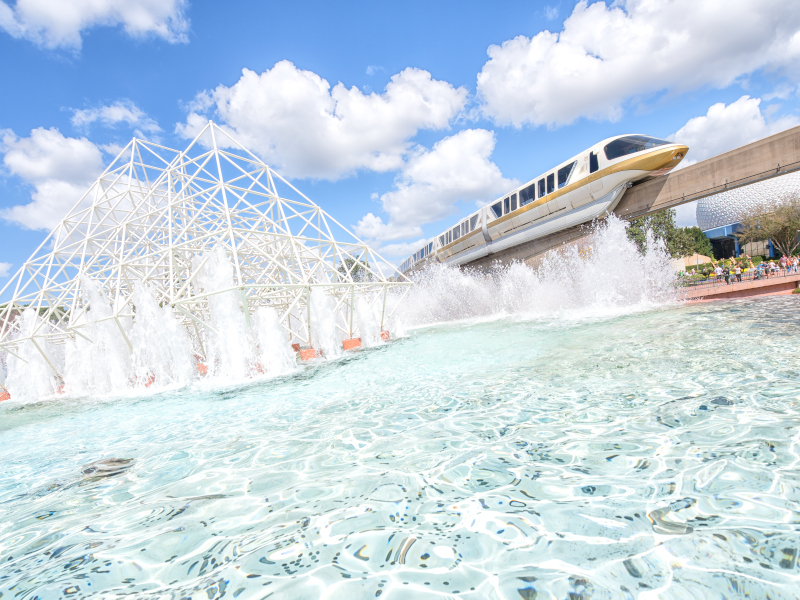 Learn about the history of the iconic Monorail at Walt Disney World, which was first set on the tracks near the Magic Kingdom on April 15, 1971.

“Please stand clear of the doors.” Did you read that in his voice? On this day, the first Monorail was set on the tracks near Magic Kingdom. Did you know that an important part of this transportation system was named after Mary Poppins? Find out why down below! 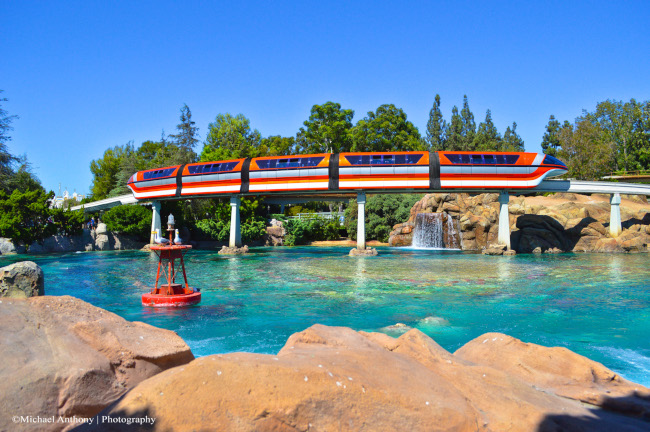 Before we explore the Mark IV and Mark VI monorails at the Walt Disney World Resort, it’s important to look back to the first Disney monorails~ in Disneyland.

Many Disney fans today debate whether the monorail is an attraction in itself, an ironic fact as the first Disney Monorail System opened as an attraction rather than a transportation system.

Disneyland continued to expand the track with the rest of the resort, though in contrast to Walt Disney World’s monorail, it only has two stops today: Tomorrowland and Downtown Disney. (The Disneyland Hotel moved, and that monorail stop is now Downtown Disney; while the track passes through the Grand Californian Hotel and Disney’s California Adventure, it does not stop there).

Disneyland’s original Mark I monorail was designed by Imagineer and Disney Legend Bob Gurr, also known for his work on the Matterhorn, Autopia, and Haunted Mansion Doom Buggies, to name a few– and later designs of the monorail led to the Mark III train, before Walt Disney World introduced Mark IV monorails in 1971. 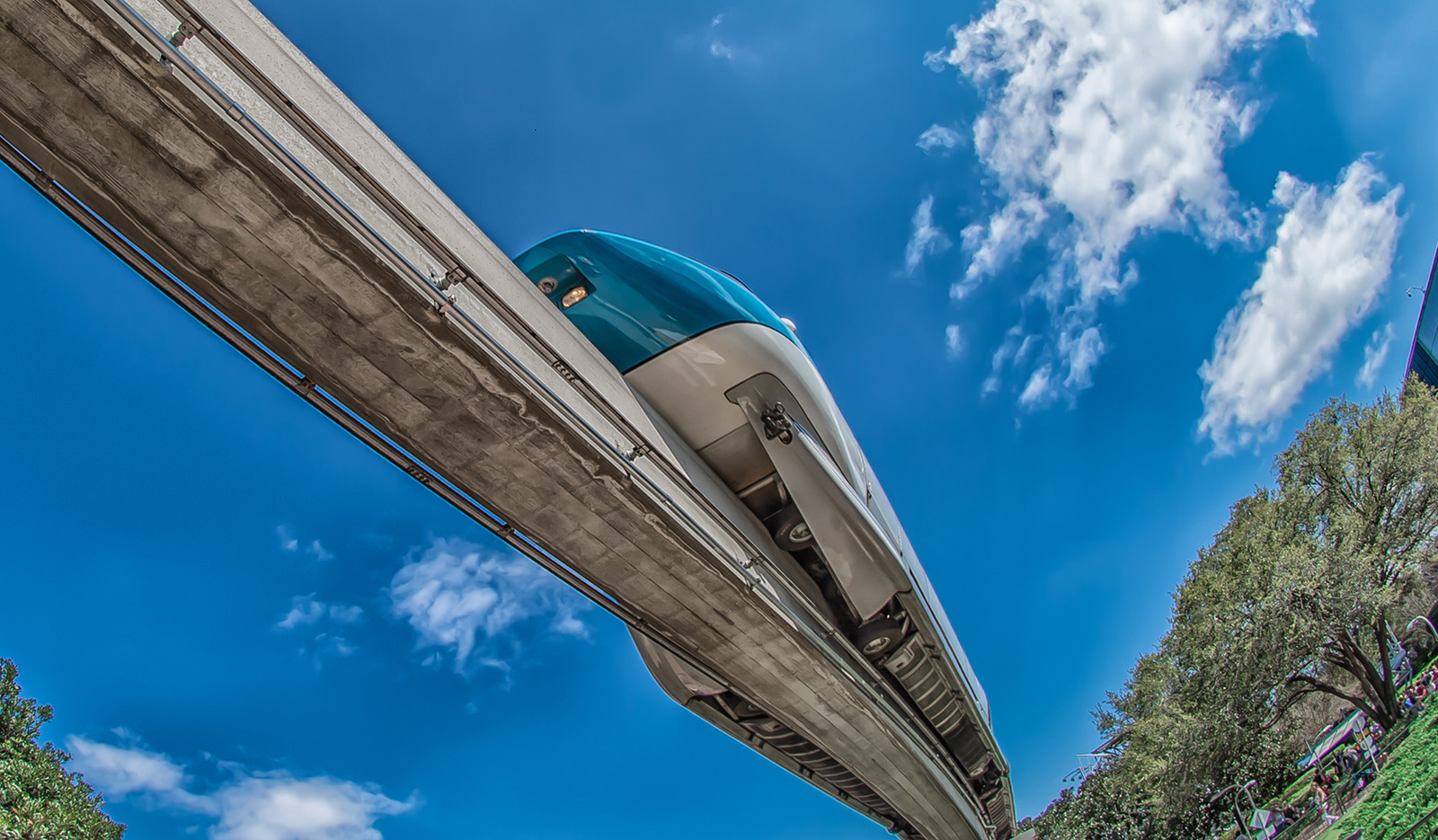 The monorail that was set on the tracks by the Magic Kingdom in April of 1971 was the first use of Bob Gurr’s Mark IV Monorail.

Whereas Disneyland’s monorail originally served guests as a Tomorrowland attraction, Walt Disney World’s served a greater purpose: setting up a sense of show that created a more immersive experience at Magic Kingdom than what Imagineers were able to achieve given the limited space on Disneyland’s property.

Due to Disneyland’s location, the guest parking lot was located right outside of the park. Thanks to the space available at Walt Disney World, Magic Kingdom’s parking lot is set across Seven Seas Lagoon, so guests visiting the park are required to arrive by monorail or ferryboat rather than simply parking their car and walking in.

In Walt Disney’s original plans for the Walt Disney World Resort, the monorail would have extended far outside the park’s reach, connecting to EPCOT (as it was then planned to be a livable community rather than the theme park we see today) and other manufacturing and recreational areas around the property.

On Magic Kingdom’s opening day on October 1, 1971, however, the monorail ran just outside the entrance to the park to the Transportation and Ticket Center (where guests still park today) and with stops at Magic Kingdom area hotels that sit along the track.

The monorail system that opened with the park was also designed by Bob Gurr, who took inspiration from the look of Disneyland’s monorails and added some stylistic updates to the 10 original trains. 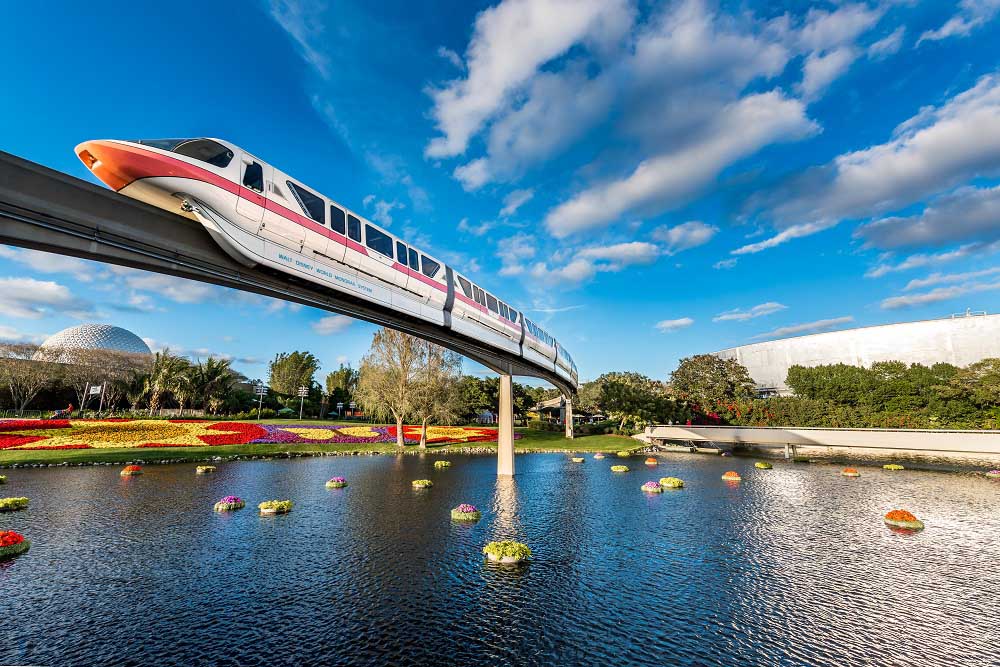 The monorail passes through EPCOT. Photo by Cliff Wang

By the time the Mark VI trains were introduced, the track was extended to include EPCOT. In addition to the Express Monorail line to the Magic Kingdom and the park’s Resort line, guests could board the EPCOT line at the Transportation and Ticket Center to arrive at the park via monorail rather than car or bus (or boat, if staying at one of the park’s neighboring resorts).

Today, the Walt Disney World Monorail System is one of the most heavily transited rail systems in the world, reaching about 165,000 daily riders on peak days.

Fun fact: The monorail’s auto-braking system, a safety feature, is called MAPO. This stands for Mary Poppins since Walt used the proceeds of this beloved film to fund the Monorail Transportation System.

While technically a transportation system at Walt Disney World, many guests consider the monorail to be one of their favorite attractions, and we’d have to agree that there is nothing like arriving at the Magic Kingdom or EPCOT by monorail to get away from the real world during a Disney vacation.