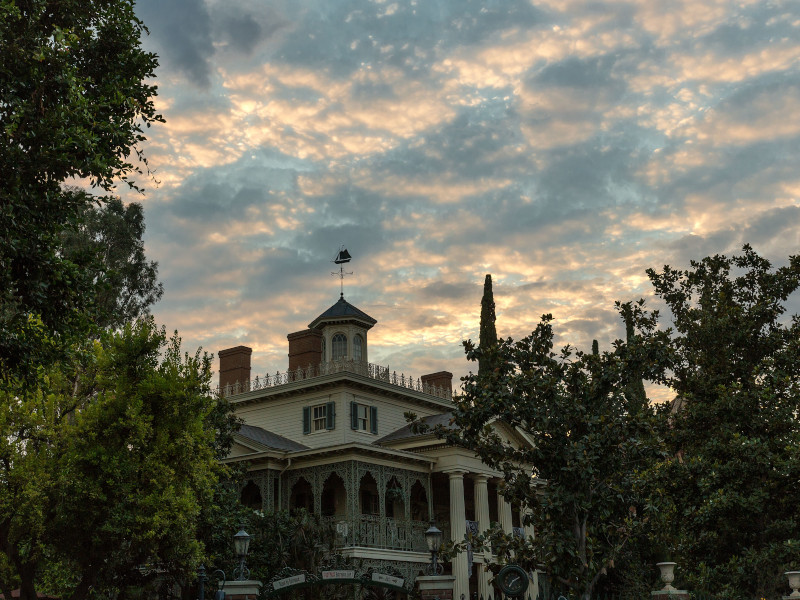 Foolish mortals encountered the Haunted Mansion at Disneyland for the very first time on August 9, 1969. Since then, it has changed quite a bit and even had sister mansions open across the globe. Learn how the original mansion has evolved since its spooky opening day. 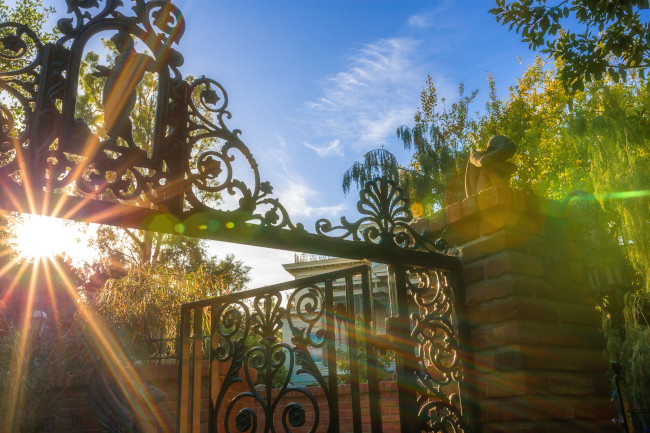 The sun rises over Haunted Mansion … for now. Photo by Brian Shih

The Haunted Mansion in Disneyland is located in New Orleans Square, the first themed land to be added to the park after its 1955 opening. Since July 24, 1966, New Orleans Square has immersed guests in a setting based on 19th-century New Orleans, complete with quaint architectural details like wrought iron fences, French design inspiration, and even authentic food at fan-favorite restaurants like the Blue Bayou.

In 1969, the Haunted Mansion became the last major attraction added to the park’s new land, following the opening of the Disneyland Railroad in 1966 and Pirates of the Caribbean earlier in 1969.

Disneyland’s Haunted Mansion is unique to other Haunted Mansions added later around the world as it is the only one to be located in New Orleans Square and claim a matching exterior. (Walt Disney World’s attraction is located in Liberty Square, Tokyo Disneyland’s is in Fantasyland, and Disneyland Paris has a mansion in Frontierland.)

While the interior of the Haunted Mansion is similar to some of the other parks, it does have its differences (especially during the holidays, but we’ll get to that soon!), and the outside in Disneyland is unique to its opulent Southern estate theming. For a more concrete look into the background of Disneyland’s exterior though, look to the Shipley-Lydecker House in Baltimore, Maryland, as Imagineers were heavily inspired by the home’s architecture while designing the Mansion.

Get the scoop on Disneyland’s Haunted Mansion opening 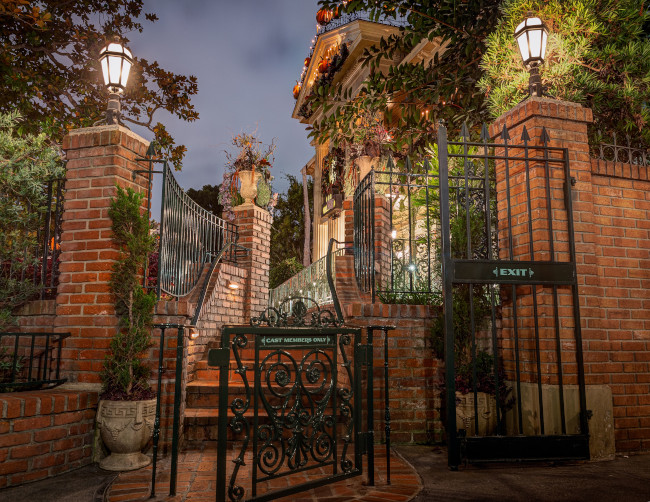 The Haunted Mansion’s opening at Disneyland was delayed numerous times as Imagineers disagreed on how the attraction should look and operate. Their disagreements, however, actually led to multiple styles of art and storytelling making their way into the mansion, and upon seeing the finished product, we wouldn’t have it any other way.

Imagineers were also pulled off the project in the late 1950s because their skills were needed to create attractions for the 1964 New York World’s Fair. While construction was well underway by the end of 1961, and the ride’s exterior show building was completed by 1963, work on the World’s Fair delayed the Haunted Mansion’s opening until 1969.

In the meantime, Imagineers worked out the details of the ride’s interior, while guests were greeted with spooky promotional materials promoting the current vision for the Haunted Mansion along with nods to the former idea from Imagineering called the Museum of the Weird.

Work on the rides seen in the World’s Fair likely contributed to the success of the Haunted Mansion as some of the technology developed by Imagineers for the fair later made its way into the Haunted Mansion. It is worth noting, though, that while he did work extensively on the project prior to its opening, the Haunted Mansion is the first major Disney attraction to open without Walt Disney as he passed away in 1966. 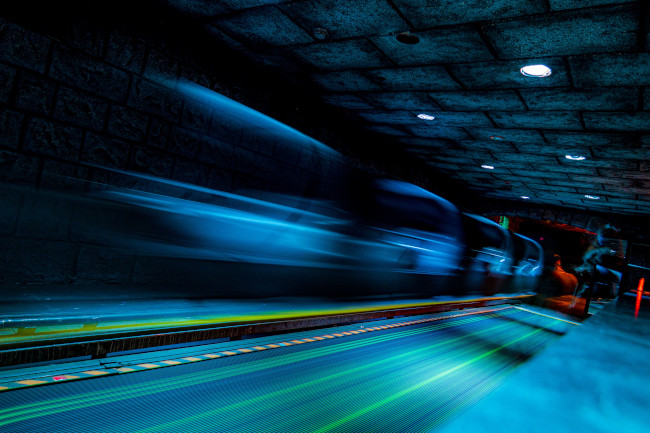 While much of the attraction once inside the show building is the same, or at least very similar, between the Disneyland and Walt Disney World attraction, there are some notable differences. As far as the ones guests may notice, they mainly come in the beginning of the ride.

(If you’re worried that details of how some of the effects in the mansion work are “not safe for magic,” skip down to the “Haunted Mansion Holiday” section.)

The Stretching Room is one of the first areas of the mansion that guests interact with outside of its eerie exterior and interactive themed queues through the cemetery. (Disney officially calls this area, and the one inside the attraction, the Haunted Mansion’s “graveyard,” but in reality, a graveyard implies association with a church whereas a cemetery does not …The more you know!)

In Walt Disney World, the ceiling rises, lifting the walls above the portraits in the Stretching Room to create the illusion that the room is actually stretching.

If you ever have the opportunity to work at the Haunted Mansion or as a Cast Member at Walt Disney World who is lucky enough to find themselves on a backstage tour, you may be invited to lie on the floor of while the effect works in reverse, which is quite a frightening, but fun, experience!

In Disneyland, the Stretching Room is indeed an elevator. The different levels of the two mansions does have an impact on how the ride is laid out, but visually the two are very similar, so guests who have experienced both are not likely to notice these small layout changes. 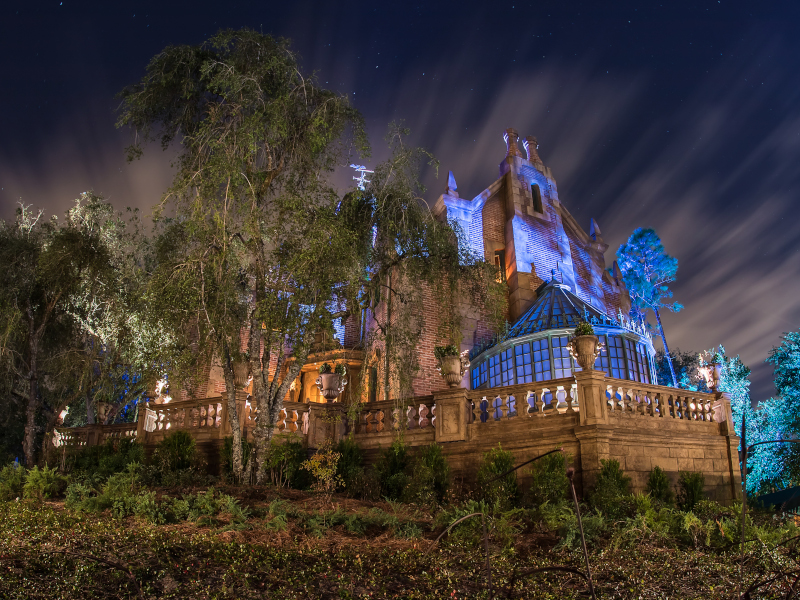 One of the first areas beyond the Stretching Room that guests come to is a portrait hall with images that change into ghostlier versions of themselves as lightning strikes.

In Disneyland, guests walk through this area, as a nod to the original concept for the Museum of the Weird. (The Museum would have been a walk-through attraction.) In Walt Disney World, guests move by the portraits while seated in their Doom Buggies.

The last noticeable difference for Guests comes with the Hatbox Ghost. The figure first debuted in the attic scene soon after the attraction’s opening in Disneyland, but it was quickly removed as the effect was not working as Imagineers had envisioned it.

The figure made its return only to Disneyland with enhanced technology in 2015, showing the Hatbox Ghost, appropriately holding his hatbox for guests to see his head vanish and reappear inside the box.

One change since opening day that can be seen in both US parks is Madame Leota’s crystal ball floating as opposed to its original placement on the table in the Séance Room. The effect was originally created using projections and voice work from Imagineer and Disney Legend Leota Toombs.

There are rumors that Imagineers made the decision to float Madame Leota following incidents of guests leaving their ride vehicles to attempt to grab the crystal ball, but it is difficult to confirm how much this factored into the decision. 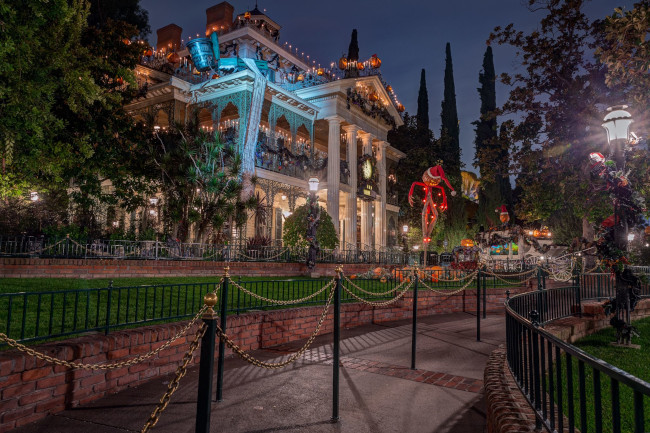 Each year, the mansion is decorated with characters and props from the film, bringing together a unique experience celebrating both Halloween and Christmas as well as the cult classic film at one of the park’s most beloved attractions. 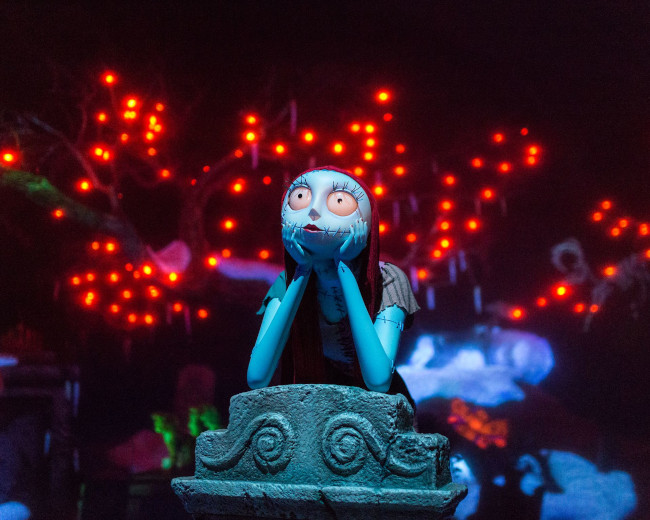 If you are planning your visit around the Haunted Mansion Holiday, look out for its annual opening typically in September with its run lasting through the holiday season (and note that the weeks prior to its opening, the mansion will be closed for this transformation.) 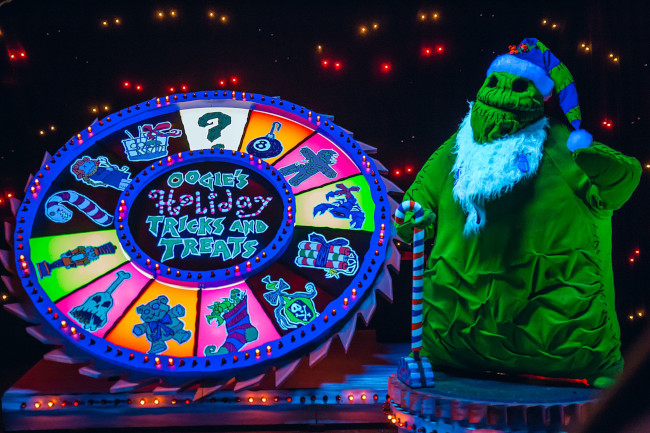 The Haunted Mansion in Disneyland also got a couple of new updates upon the park’s 2021 reopening. If it’s been a while since your last visit, keep your eyes peeled for a new addition in the pet cemetery, the return of an original work of art, and decor updates to both the exterior and interior of the mansion.

You can find all the details in this post, too.

Were you there on Disneyland’s Haunted Mansion opening day—either in 1969 or its reopening in 2021? Tell us all about it on Facebook.