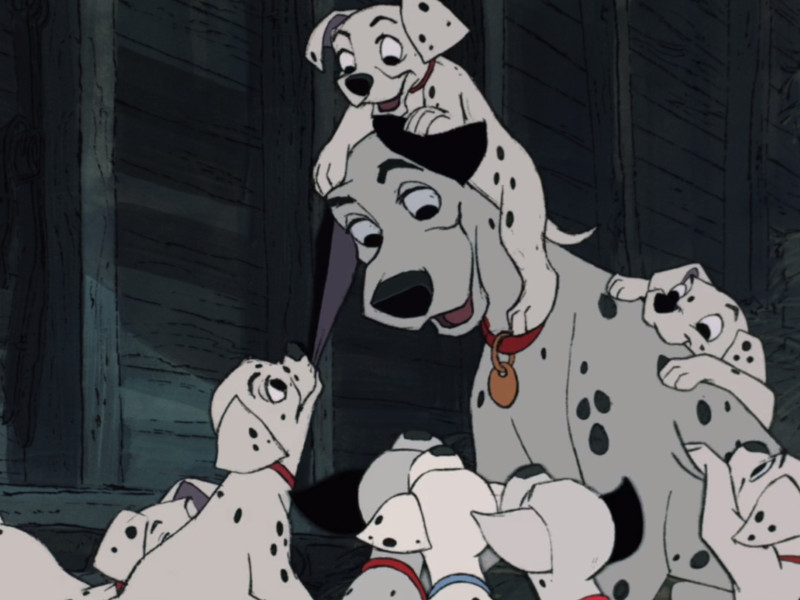 101 Dalmatians bounded to life on the big screen, and to roaring critical reception. On our blog, find out why Variety said in 1961 that, “even the most hardened dogmatic pooch-detester” would likely be amused by this Disney classic. So… even Cruella would love it? 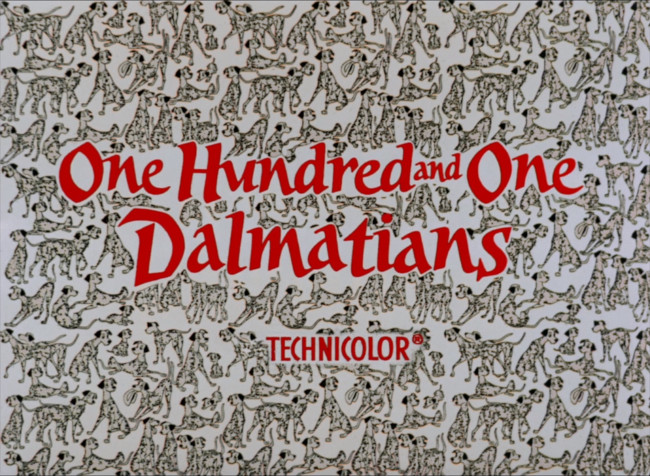 Disney’s 17th animated feature film, 101 Dalmatians was met with stellar reviews from both critics and audiences. The film cost $4 million to produce and grossed $14 million during its initial release in the U.S. and Canada.

Critical reviews during the films original theatrical release followed suit, with some hailing it as the best Disney animated classic since Snow White and the Seven Dwarfs.

Variety praised the film for its effort and technological advances in terms of animation, but also pointed out that it would not hold the same spot as other classics.

Throughout its re-releases, critics’ review got more, well, critical. MSNBC for instance one remarked that the film was odd for using a storyline featuring a woman who makes coats out of dogs, and others shared the sentiment that the film was lacking in storytelling but it made up for this with the talented animation.

It was the highest grossing film in 1961, with many fans at the time agreeing that this work would stand the rest of time.

Currently, the film has a near perfect score on Rotten Tomatoes of 98%, and it’s become a fan-favorite hit with some of the most memorable characters.

The Making of 101 Dalmatians 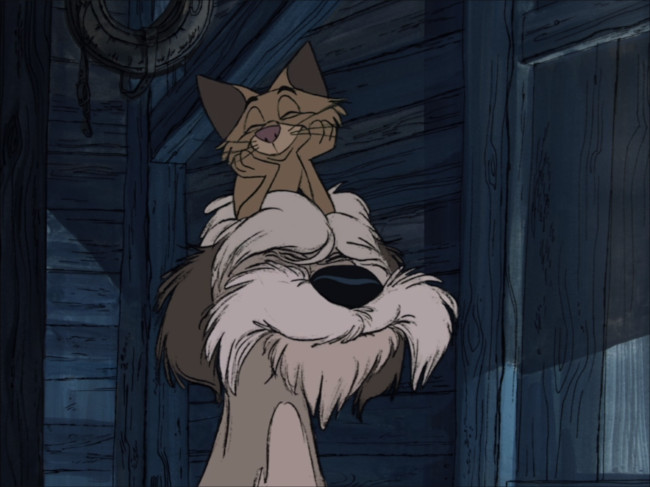 You can see the sketch marks left from the Xerox process in some shots. Courtesy of Disney

101 Dalmatians was the first film to use the Xerox process for transferring drawings to cells. For the first 16 Disney animated feature films, drawings would have been hand traced with ink to the cel. The Xerox process sped this up, making it easier to animate so many dogs (and so many spots)!

The Xerox process led to some more noticeable black lines and sketch marks in the animation, which gives 101 Dalmatians a unique visual quality when it premiered compared to other films from the same time.

The lines may be removed from remastered versions of the film, if you have the option to watch the original version we’d recommend that (and we can confirm that the sketch marks are visible in the Disney+ release)!

Thousands of spots needed to be animated into 101 Dalmatians, so the Xerox process came just in time to save animators from painting all of the individual spots.

Speaking of spots, they are actually animated onto light grey fur for the dogs, rather than white. The animator-mixed grey color worked better with the black spots and helped the dogs stand out during the snow scene.

Disney Legend Marc Davis was the only animator assigned to Cruella De Vil. Davis painstakingly added details to the characters appearance to bring her to life, including a red lining on her coats indicating a bit of the “devil” in her, and modeling her facial structure after her voice actress, Betty Lou Gerson.

The film is based on the 1956 novel of the same name by Dodie Smith. While most names were changed for the Disney film version of the story, Smith had a Dalmatian named Pongo, which served as inspiration for the rest of the film. 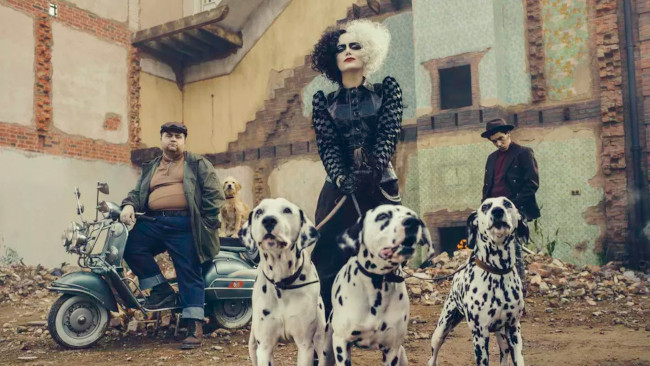 The legacy of 101 Dalmatians continues since it premiered in 1961. Disney debuted a live action version of the film starring Glenn Close in 1996 (which spawned a sequel), and since then we’ve seen television series, computer games, and more!

The next film based on 101 Dalmatians is a live-action origin story focused on the film’s villain, called Cruella. The new live action movie, Cruella, will star Emma Stone as Cruella De Vil, and is set to debut on Disney+ on May 28, 2021.

At Walt Disney World, 101 Dalmatians has a very understated presence (at least we think so!). The film is featured in the parks at Disney’s All Star Movies Resort, where larger than life icons decorate the section of the resort themed after the film.

Aside from All Star Movies and the occasional montage of film footage, or villain’s float during the Boo to You Parade at Mickey’s Not So Scary Halloween Party, the film is featured in the park very little save for the occasional Loungefly bag or t-shirt.

Whether you’re spending the day humming the lyrics to “Cruella De Vil,” or hosting a Disney movie night, we hope you join us in recognizing 101 Dalmatians today.

The film was pivotal in the Disney animation process, and for bringing us a favorite villain and classic characters- And we can’t wait to hear about Cruella’s origin story on Disney+ later this year.