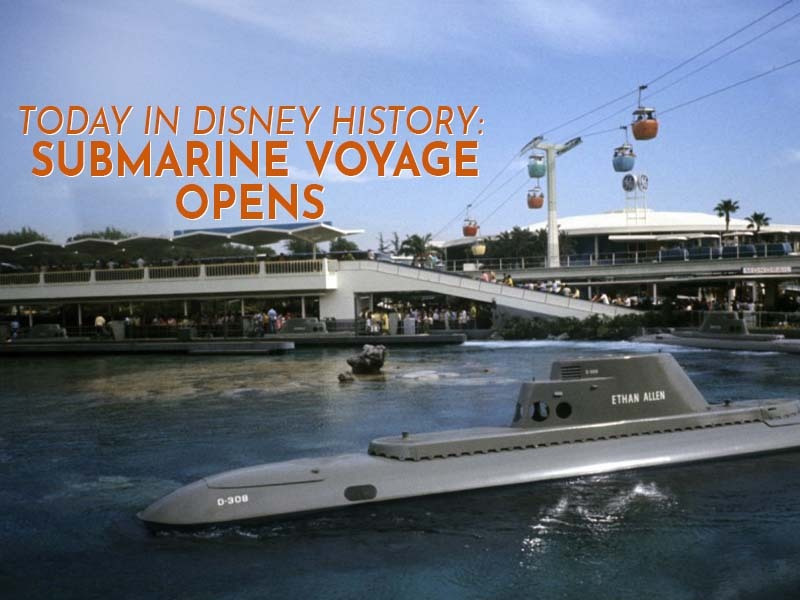 Learn the history behind Submarine Voyage, which opened at Disneyland as part of the Tomorrowland expansion in 1959.

Eight days before its official dedication, the beloved Submarine Voyage attraction, based on 20,000 Leagues Under the Sea, opened at Disneyland. What was a ride through “liquid space” like when it opened?

A Voyage Through ‘Liquid Space’

1959 marked the first major expansion of Disneyland Park, introducing the Alweg Monorail System, the Matterhorn Bobsleds, and the Submarine Voyage. These attractions also brought with them the introduction of the ‘E-Ticket’, but we’ll get back to this later.

The attraction demonstrated the creativity of Walt Disney and Walt Disney Imagineering (or WED Enterprises as they were known at the time) as it combined real-world inspiration with elements of fantasy from 20,000 Leagues Under the Sea.

Pitched as a voyage through “liquid space”, the Submarine Voyage would effectively operate as a glass-bottom boat made to create the feeling of being submerged underwater in a submarine. 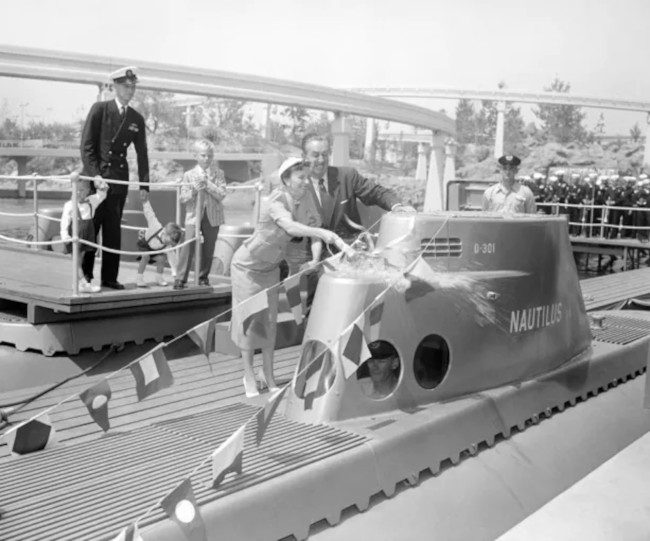 While the ride vehicles did not fully submerge as a real submarine would, nearly every aspect of their design was inspired by authentic submarines. The original eight submarines that operated on the attraction were designed after the newest nuclear submarines operated by the U.S. Navy at the time.

Named after naval subs, the Nautilus, Seawolf, Skate, Skipjack, and additional submarines on the attraction were painted grey like their real-life counterparts and outfitted with fixtures and details to make for an immersive voyage for guests. 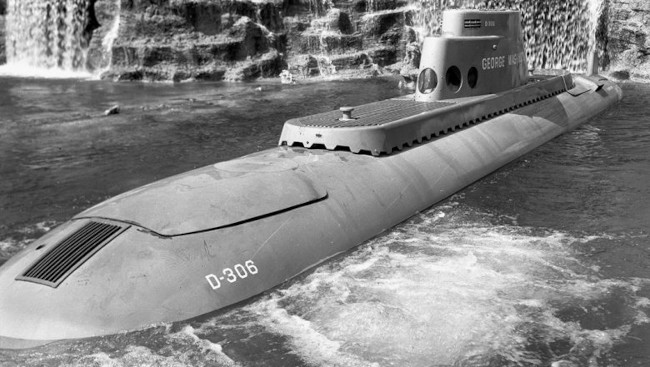 When Submarine Voyage opened, guests were taken on a journey underwater to the lost city of Atlantis, which they could view from their seats through porthole windows. While exploring Atlantis, Imagineers originally intended for guests to see actual living sea creatures; however, Imagineers quickly realized this would not be practical for a theme park attraction at the time.

Instead, guests saw a number of Disney-made sea creatures, including a seat serpent, sunfish, battling lobsters and crabs, a moray eel, barracuda, giant clam, and more. All of these creatures would “come to life” just outside the porthole windows as each submarine submerged, complete with authentic nautical orders from the captain.

Moving to later scenes of the attraction, guests would encounter a storm followed by a graveyard for ships lost at sea, with some ships dating as far back as Ancient Roman and Viking sea vessels.

The submarines would later travel close to the ocean floor where guests would encounter a giant squid, before moving slowly toward the surface spotting mermaids and the lost city of Atlantis along the way.

The most exciting part of the attraction came as each sub made its way through Atlantis, barely squeezing by columns of the ancient city. This scene featured volcanic activity, too, which was an impressive effect for 1959, and it was quickly followed by a sighting of a sea serpent. 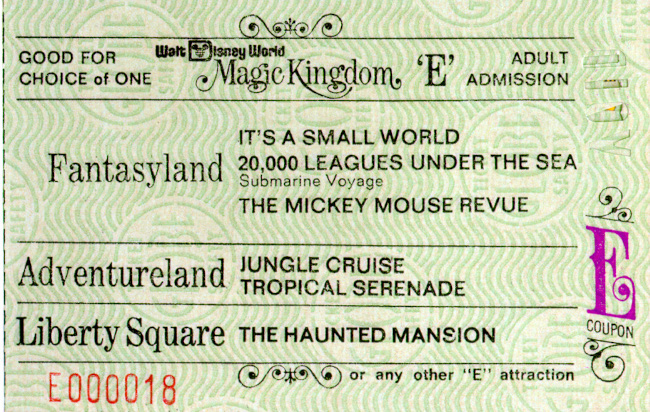 Submarine Voyage was among the first E-Ticket attractions ever unveiled at a Disney park. While ticket books are no longer used at Disney parks today, the term “E-Ticket” is still used to describe popular amusement park attractions today.

The introduction of the E-Ticket came during the massive expansion of Disneyland (when Submarine Voyage officially opened) that was celebrated with an official ribbon-cutting attended by Richard Nixon, then Vice President to Dwight D. Eisenhower.

You can read more about the 1959 Disneyland expansion here.

The submarines at the attraction were painted yellow and given a retheme to look more like research vessels than naval vessels in the 1980s.

By 1998, thanks to newer attractions at Disneyland, Submarine Voyage was waning in popularity and Disney deemed it too costly to operate given its low capacity. The ride was closed that fall and the lagoon remained without an attraction until 2007.

Following the success of Finding Nemo (2003), Imagineers came up with the idea to breathe new life into the former Submarine Voyage attraction by retheming it to the hit Disney and Pixar animated film. The lagoon was drained in 2005 to add all of the elements inspired by the new film, and to rework the submarines to fit with the story of Finding Nemo, and in 2007, the ride opened and it remains a staple of Disneyland today.