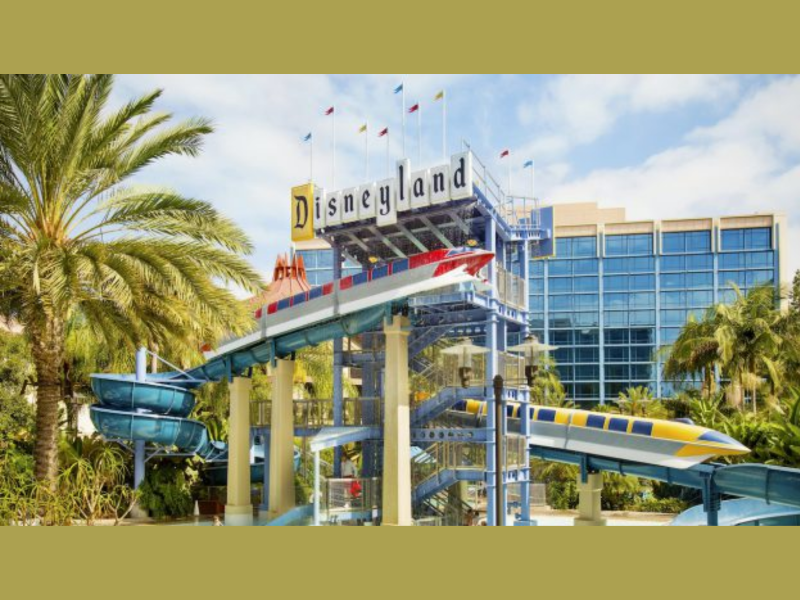 Oct. 5 marks the anniversary of Disneyland Hotel’s opening day back in 1955.

Just three months after Disneyland’s opening day, the Disneyland Hotel opened to guests, but back then, it had just 104 guest rooms. Today? Nearly 1,000. Below, see how this hotel has grown in the last 65+ years, including the addition of the two monorail-themed slides. 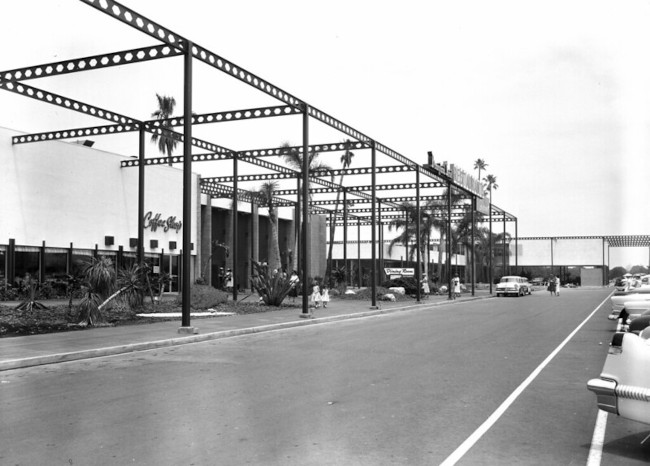 On Oct. 5, 1955, just a few months after the July 17 opening of Disneyland park in the same year, the Disneyland Hotel opened to guests.

At the time of its opening, it was the first major resort constructed in Southern California since the 1940s, an accomplishment in itself but even more so when we consider the fact that the Disneyland Hotel was the first resort ever constructed by the Walt Disney Company.

While Disney is renowned as a leader in the hospitality industry today, just like the theme parks, the hotel industry was entirely new to the company in 1955. 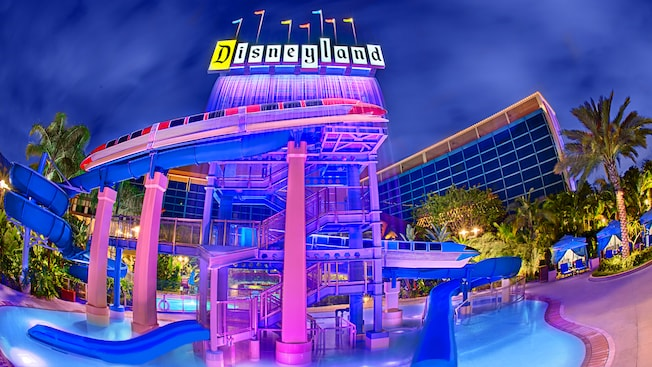 During the first year the Disneyland Hotel was open, the property was only home to 104 guest rooms. (Can you imagine any Disney resort having only 104 rooms today?!)

By 1956, the Coral Swim Club was the first major addition to the hotel, which brought guests new amenities like a year-round heated pool, with refreshments served to guests right at their lounge chairs.

In 1970, a few years past the Disneyland Hotel’s opening day, the World of Water marina opened at the Disneyland Hotel. This 3.5-acre attraction shared a look at the newest designs in the watercraft industry, with sailboats, cruisers, powerboats, and houseboats. (The World of Water area was located where Goofy’s Kitchen and Steakhouse 55 sit today.)

Perhaps one of guests’ favorite updates to the Disneyland Hotel came in 2011, when two new monorail-themed slides were added to the pool area. The Disney Monorail, which made its debut at Disneyland in 1959, is a classic part of any visit to both Disneyland and the Walt Disney World Resort, and what better way to celebrate this piece of Disney history than by sliding down it into the pool at the Disneyland Hotel?

In addition to the slides, by 2011 the resort had grown to include three pools, two waterslides, and multiple spas and poolside cabanas for guests to use during days “off” from visiting the theme parks. 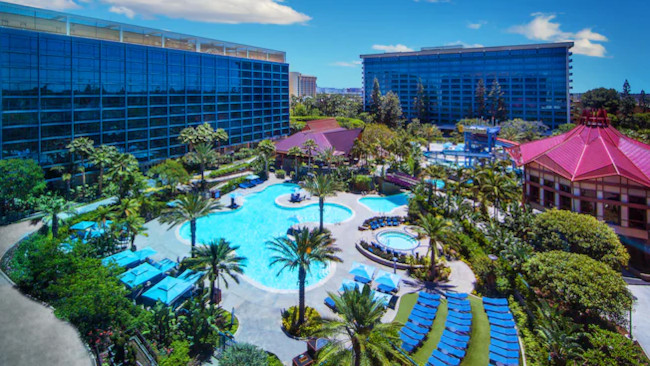 The Disneyland Hotel is a fan-favorite for guests spending time at the Disneyland Resort. DLR’s resort business has come a long way since the 1955 opening day of Disneyland Hotel. Its 104 original rooms have since expanded to three different towers totaling out at 975 rooms, some of which are even elaborately themed suites.

Guests with some extra wiggle room in their budget staying at the Disneyland Hotel today can add even more magic to their Disney vacation by booking a themed suite, like the Big Thunder Suite or Pirates of the Caribbean Suite.

The hotel today is also home to some of the most popular restaurants at the Disneyland Resort. Goofy’s Kitchen (sort of similar to Chef Mickey’s if you are more familiar with Walt Disney World) is a classic family character dining experience and a popular spot for breakfast before spending the day in Disneyland. 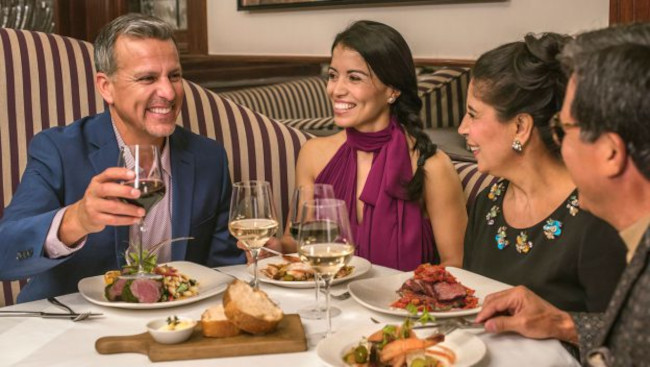 For a more upscale yet still classic Disney dining experience (maybe for a date night), the hotel is also home to Steakhouse 55. The restaurant serves breakfast, dinner, and sometimes even afternoon tea, and like Goofy’s Kitchen, advanced reservations are a must.

RELATED: WDW just opened its own Steakhouse 71 restaurant. Take a look INSIDE! 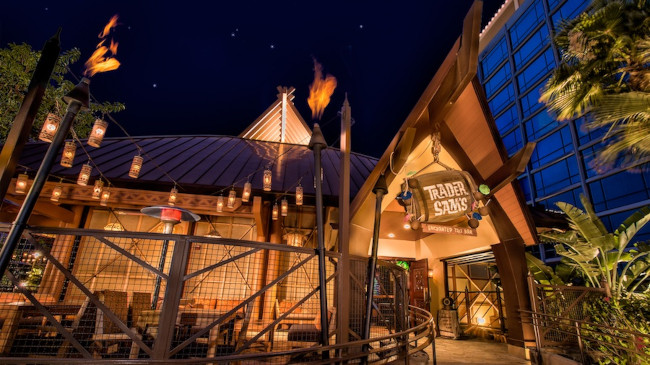 As you would imagine with monorail pool slides and a bar named for a sort of obscure character from a theme park attraction, the Disneyland Hotel is perfect for Disney history nerds (like us! And probably you if you’re still reading this post … ), and it should be on the bucket list for any fans of Disney Parks.

Have you stayed at Disneyland Hotel since its opening day nearly 70 years ago? Tell us about your experience on our DLR Magazine Facebook page.

Everything You Need to Know About Disneyland Resort Magic Key