Today in Disney History, 1944: Goofy’s How to Play Football is Released 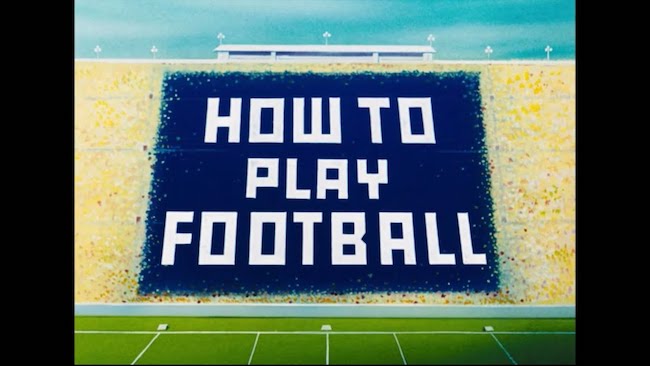 Today in Disney history we’re celebrating one of Disney’s most versatile, beloved characters: the laugh riot of the fab five, Goofy! More specifically, Goofy’s ‘How to’ series of shorts because on this day in 1944, ‘How to Play Football’ was released.

Right now, you can find it in one of the most sentimental archives on Disney+. Like many Disney creations, Goofy has the ability to transform into a myriad of dramatis personae.

But unlike any of the remaining fab five or any other Disney pal for that matter, Goofy also has the versatility to represent a whole cast of characters. That jovial genius is what makes Goofy the beloved BFF to the big cheese while also giving him the independence as so much more than a sidekick.

That said, let’s celebrate (and maybe even learn!) “How to Play Football!”

Imagineers Behind the Magic 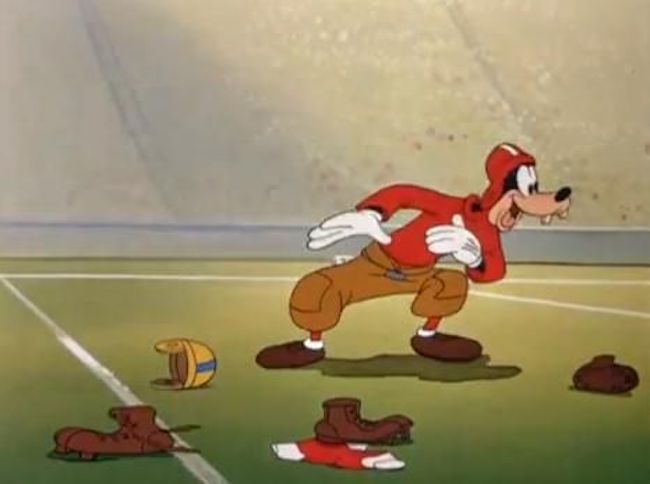 Goofy in How To Play Football. Image Courtesy of Disney

It can be easy to forget the origins of our favorite Disney pals, but behind every character is the Imagineer who breathed life into them.

In this case, Walt Disney himself, Art Babbitt, and Frank Webb are the artists responsible for the creation of Goofy, with Babbitt providing the animation in all of the Goofy ‘How to’ shorts.

You may recognize Babbitt as he also worked on Snow White, Fantasia, and Pinocchio.

“How to Play Football” was directed by Jack Kinney, who had a lifelong career with the Walt Disney World Company, working on dozens of shorts including an Academy Award-winning Donald Duck short called “Der Fuehrer’s Face” and feature films such as Pinocchio, Dumbo, and Fun and Fancy Free.

The Time Period Inspired the Short 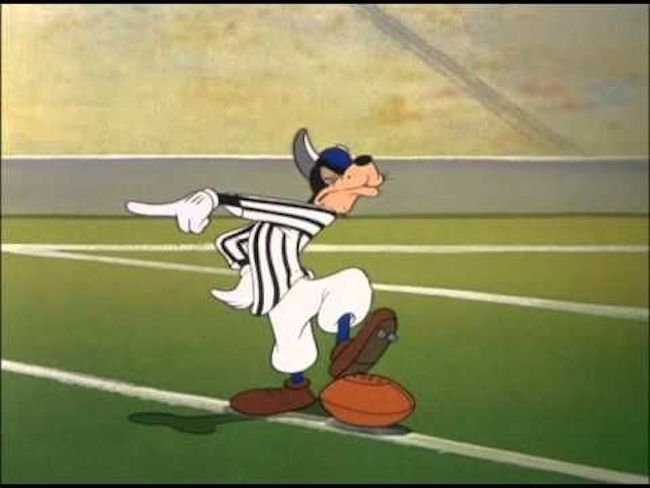 Not surprisingly, the time periods in which each ‘How to’ Goofy short was released was inspired by the relevance of said sport/activity in America at the time.

Track ‘n Field, Riding a Horse, and Boxing (a close second in popularity to baseball at the time) all made their way into this beloved shorts series with Goofy hilariously, albeit chaotically showing us how it’s done.

In “How to Play Football,” the film takes us to a college stadium with opposing teams Taxidermy Tech and Anthropology A and M facing off for an overflowing coliseum of zealous fans!

In 1944, baseball may have been king in the professional sports world, but college football was hailed, pun intended, across the nation as far more popular (due in no small part to the war effort). 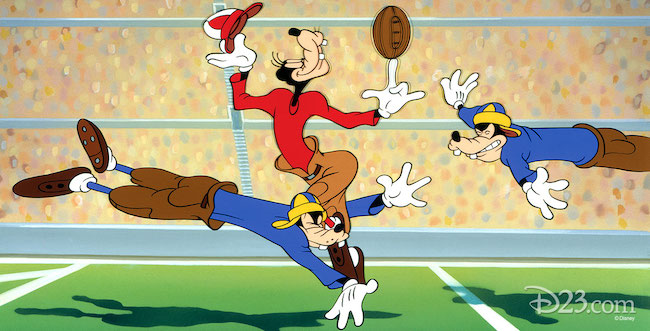 The short manages to poke fun and show you the ins and outs of football. Image Courtesy of Disney

While all of the films in this beloved series are comedy genius, none dish out the ribbing of the oftentimes trivial chaos that comes with organized sports, specifically football, quite like “How to Play Football” does.

Goofy, who represents each uniquely different character, is able to pay homage to the beloved American past time while showing us the true nature of the sport, jabbing at the hilariously competitive spirit of both the players and fans of football.

That is not an easy thing to do, but Goofy pulls it off effortlessly.

The most telling scene in both mastery of animation and storytelling of the aforementioned (and the funniest in my opinion) is the moment wherein the coach, played by Goofy, of course, is being praised by the sportscaster on his ability to pull the team together.

They win by just half of a point (hilarious in and of itself!) all while babbling nonsense to himself whilst tied up in chains, straight jacket style.

I have no doubt that any coach, from Peewee football to professional coaching, would get a good chuckle from that scene.

And as far as the fans of football are concerned, the boisterous cheering crowd drowning out the announcer as he declares the rules of the game tells the story of die-hard fandom throughout the ages.

Something interesting to watch for when viewing this film is the evolution of what football was in 1944 and what it is today.

“How to Play Football” portrays the sport in the 1940s, which was actually much more reminiscent of Rugby than it is today.

This can be seen in the uniform styles, the line formations, and the plays, such as the lack of forward passes which can be seen much more often in modern-day pig skin tossin’. 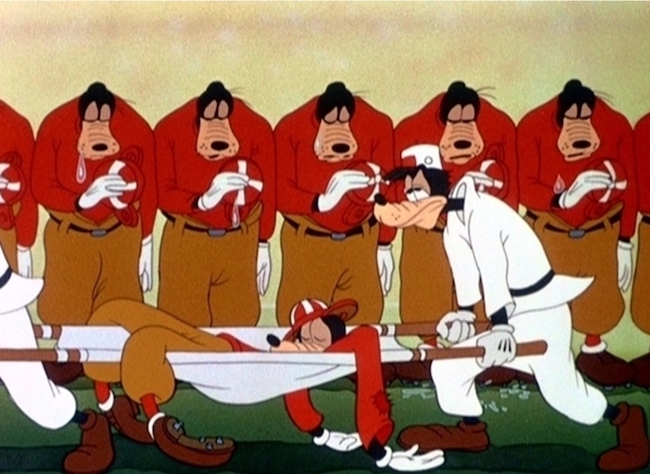 The short showcases all angles of the sport. Image Courtesy of Disney

Goofy has always been one of my favorite Disney characters of all time both with his gang of pals and independently. His role as the tender-hearted, klutzy old soul has won us over for generations and no doubt will for many more to come.

We’ve seen him as the silly and more apt Goofy in the Fab Five, he stole our hearts in the 90s as the doting single father in A Goofy Movie and An Extremely Goofy Movie, and of course has taught us many lessons through his role in the ‘How to’ short film series.

If you’re a football fan, or even if you aren’t, “How to Play Football” will surprise you with its smart humor, make you appreciate the complexity of such a jovial character, and maybe even take you back to a different time and place where you are bundled up, sipping hot cocoa and hoarsely yelling for your team to score that winning half of a point.

Want to know more about the Goofy sports cartoons? We covered them in our August magazine! Go and grab your copy of the August edition, and subscribe to the print edition to get magic delivered to your door monthly.

Britta Stephens is a contributing writer for WDW Magazine, Disney blogger, hairstylist, and dog mom x2. The first book she ever read was Hans Christan Anderson’s The Little Mermaid and she’s been a fan of Disney endings ever since. When she’s not fostering kittens, she can be found reading literature from a dog’s perspective and singing the opening of The Lion King to her greenhouse plants.