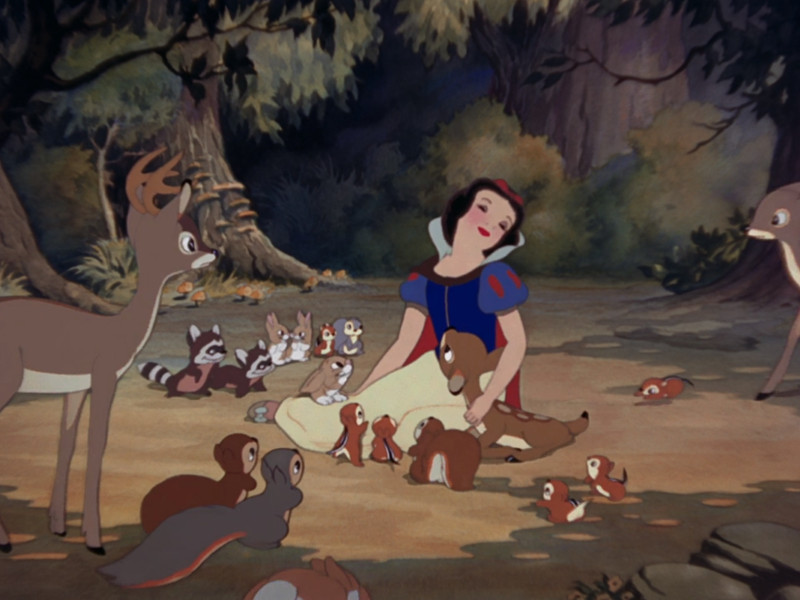 Snow White and the Seven Dwarfs first premiered on this day, December 21st, in 1937.

The Ladies Behind Snow White

As the first full-length animated film, Snow White and the Seven Dwarfs was no easy feat for animators to pull off. To help artists depict the movements of characters, models were often used in the early days of animation.

The model for Snow White, Marge Champion, joined the Walt Disney Company at the age of 14 as a dancer and model for animators.

Many of Snow White’s movements are based on Marge’s work, and her connection to the Walt Disney Company continued through her adult life.

She went on to model as the Blue Fairy in Pinnochio and as Hyacinth Hippo in the Dance of the Hours scene of Fantasia.

In her personal life, Champion’s first husband was none other than Art Babbit, the animator responsible for creating Goofy.

While their marriage only lasted a couple of years before ending in divorce, Marge went on to live a full life teaching dance and performing well into old age, even acting in Follies at the age of 81.

Adriana Caselotti, who performed the voice of Snow White, is the first female voice actor to earn the Disney Legend Award.

Want to see the voice behind the original princess? Here she is performing with Julie Andrews in 1972:

Her career was somewhat limited by Disney who unfortunately did not credit her in the film’s original release.

Upon updating this, I still found it difficult to find additional voice acting work due to Disney’s hold on her in an attempt to preserve the magic of Snow White’s voice.

Lucille La Verne, who voiced the Queen, saw her final film performance in Snow White, claiming to have enjoyed the experience because the character gave her so many different situations to work with.

While she performed in a variety of stage shows and silent productions, she became most known for giving a voice to Disney’s first theatrical villain.

Walt Disney received an honorary Oscar for the film in 1939. During the award ceremony, Shirley Temple awarded Walt one full sized Oscar and seven miniatures.

The film was also nominated for best musical score but lost to 100 Men and a Girl, a comedic musical featuring Leopold Stokowski.

Shirley Temple’s presentation at the Academy Awards led to some confusion over the Prince’s name in Snow White and the Seven Dwarfs.

The Prince’s name in the film is quite simply, “The Prince.” You may on occasion see mention that his name is Ferdinand.

This is incorrect, and the misnaming of The Prince can be traced back to Shirley Temple’s remarks in which she congratulated Walt Disney on Snow White and “Ferdinand,” in reference to the Disney short, Ferdinand the Bull. 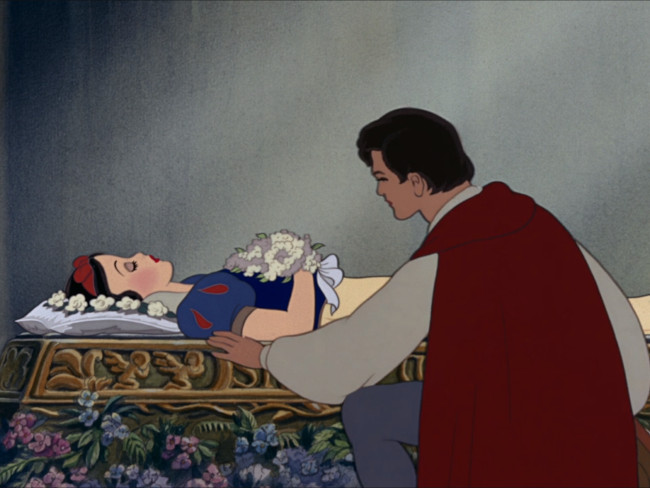 Snow White and the Seven Dwarfs was the first full-length animated feature film. The movie premiered at the Carthay Circle Theatre in Los Angeles, CA.

While in Walt Disney World today, you can find a replica of the exterior of Carthay Circle Theatre by stopping by the Once Upon a Time gift shop on Sunset Boulevard in Disney’s Hollywood Studios.

Snow White and the Seven Dwarfs was the highest-grossing film of all time for the three years following its debut (only to lose this distinction to Gone with the Wind in 1940).

During its original run, the film grossed $3.5 million just between the United States and Canada and adjusted for inflation since its premiere Snow White and the Seven Dwarfs is believed to have made the Walt Disney Company over $418 million.

Snow White and the Seven Dwarfs was the first film in American history to come complete with a soundtrack album– prior to 1937-39 the idea of having a soundtrack to a movie on hand was largely unheard of.

With such memorable songs as “Someday My Prince Will Come,” “Heigh-Ho,” and “Whistle While You Work” it’s easy to see why! 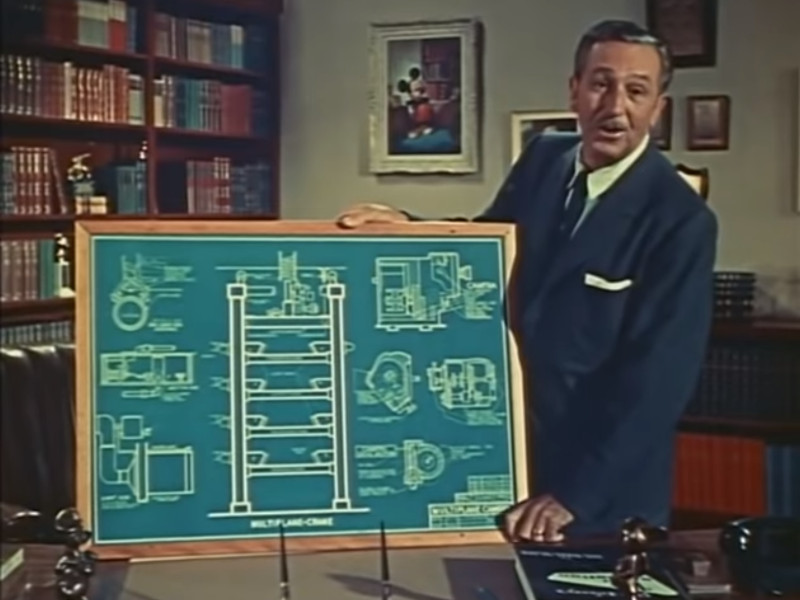 Snow White and the Seven Dwarfs featured animation like no one had ever seen before… at the time, animation felt 2-dimensional, with backgrounds that often blended with the action.

Invented by Ub Iwerks in 1933, just four years before the debut of Snow White and the Seven Dwarfs, the multiplane camera added depth to animation by laying transparent cells over one another.

A camera was mounted in front of the trays of cells, which could be moved independently.

Here, let Walt explain it to you:

The final result was a multidimensional look at certain scenes of the film rather than the flat backdrops seen in earlier animated productions.

While at Hollywood Studios, be sure to stop into Walt Disney Presents to witness another piece of Snow White history, the multiplane camera!

Here, the camera is on full display. Seeing it in person will give you an idea of how much work and technology went into creating the magic of Snow White and the Seven Dwarfs.