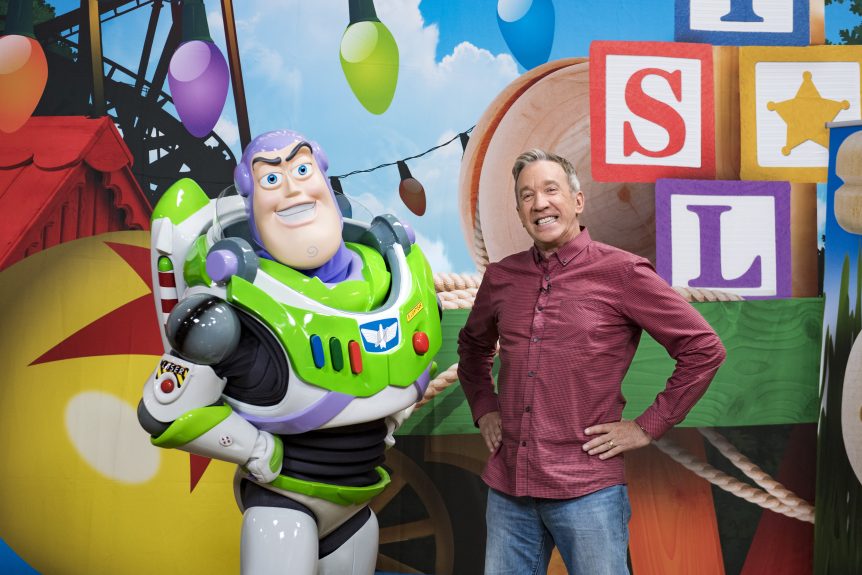 This is really cool!  Tim Allen was at WDW to take part in a special taping of Toy Story Land footage, and he stopped in to see his best pal, Buzz Lightyear!  The TV special will air this Wednesday, May 2 on ABC. Toy Story Land opens June 30 at Walt Disney World Resort in Florida, and we’ve got all the details below! 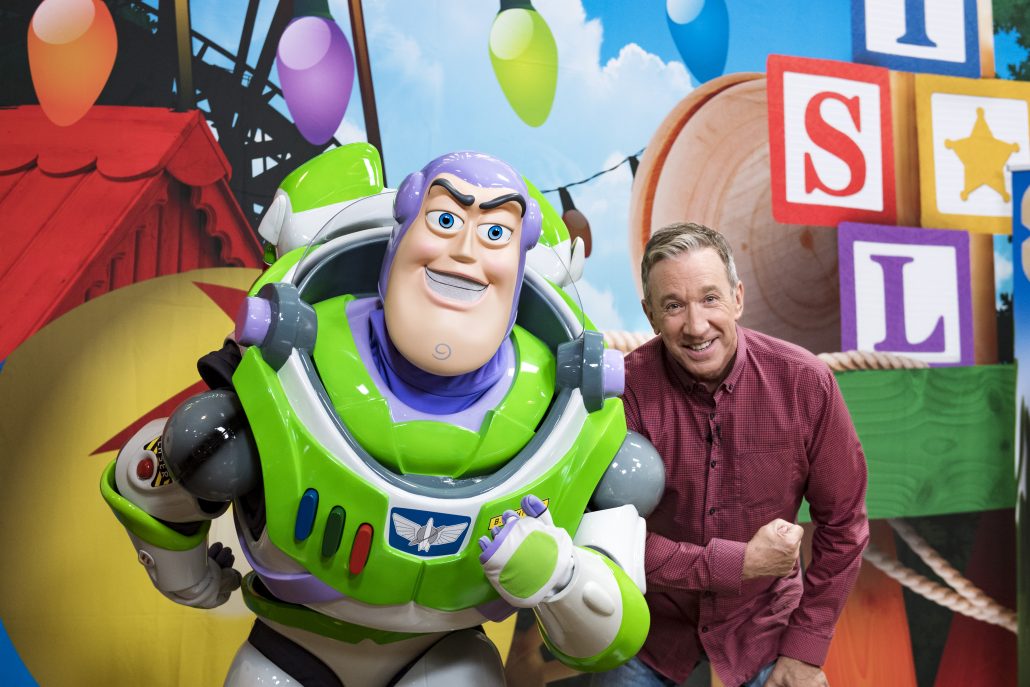 Tim Allen strikes a pose with Buzz Lightyear after taping an interview for Toy Story Land-exclusive segments with “Good Morning America” and “Nightline” airing on ABC, Wednesday, May 2, 2018. Throughout the day, ABC shows, including “GMA,” “Nightline,” “The View” and “The Chew” will feature special segments about the new Toy Story Land opening June 30 at Disney’s Hollywood Studios. In the new land, Walt Disney World Resort guests will “shrink” to the size of a toy to explore Andy’s backyard, ride the Slinky Dog Dash coaster, go for a spin on Alien Swirling Saucers and experience 4D carnival midway games on Toy Story Mania! (Chloe Rice, photographer)

This Wednesday, May 2, “Good Morning America” will kick off a full day of ABC special segments that will feature the much-anticipated Toy Story Land, opening June 30 at Disney’s Hollywood Studios.

The exclusive access starts with a live welcome from the all-new 11-acre Toy Story Land at Walt Disney World Resort, hosted by Paula Faris. Inspired by Disney•Pixar’s “Toy Story” films, the new land will transport guests into the adventurous outdoors of Andy’s backyard where they will feel like they have shrunk to the size of a toy.

Tim Allen will take viewers “To Infinity…and Beyond!” when he makes a special appearance on both “GMA” and “Nightline.”

Hosts Sunny Hostin and Sarah Haines will tour the Land on “The View.” Then, “The Chew” will showcase a few delicious treats from Woody’s Lunchbox – the eatery at Toy Story Land.

“Nightline” will wrap the special day with an in-depth look at “Toy Story” and how it and other Disney•Pixar stories come to life at Disney theme parks.

Be sure to tune in to ABC all day to learn more about Toy Story Land!

PS: You can catch up with our latest Toy Story Land coverage (and MORE!) in our newest issue of WDW Magazine!