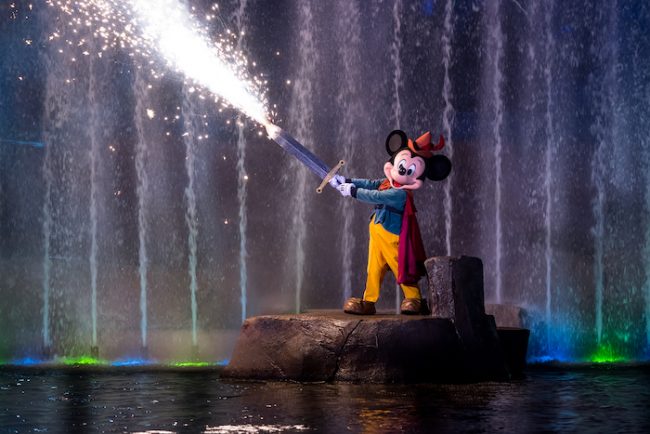 Picture this: it’s a warm Florida evening and you’re sitting on the cool stadium bleachers of the Hollywood Hills Amphitheater, where Fantasmic is held.

You’re calming down after a long, fun day at Hollywood Studios. You hear some fun pop covers of Disney songs playing softly in the background. You can’t help but dance in your seat a little.

Suddenly, the music stops and you hear in a loud, excited voice “Welcome to Fantasmic!”

Fantasmic is one of those shows that resonates with Disney fans from all over the world. And today, May 13th, this nighttime spectacle is celebrating its 28th birthday at Disneyland.

This beloved show is a feature at Walt Disney World, Disneyland, and Tokyo DisneySea. There are many reasons why it’s been around for as long as it has with no signs of stopping.

Here is the history behind Fantasmic. 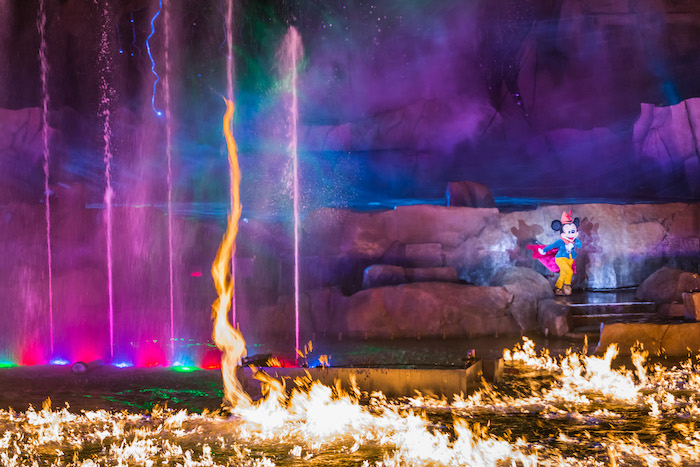 In 1992, Disneyland’s entertainment department was faced with a unique challenge: Come up with a new, exciting night show spectacular, utilizing the Rivers of America section of the park.

It’s safe to say that the Fantasmic team didn’t hold back! It was the first show to utilize so many elements including fireworks, pyrotechnics, live characters, music, props and puppets, sets, and water projections.

Fantasmic is a unique show that has every element you could want from a Disney Parks production.

The show was set to run for just 5 years, but Disney fans loved it so much that not only is it still in Disneyland, but it also expanded to Walt Disney World in 1998 and Tokyo DisneySea in 2011.

While Fantasmic at both parks follows a similar formula, there are some key differences.

At Disneyland, Fantasmic was created to fit the Rivers of Light area whereas Fantasmic at Walt Disney World got its own, custom stadium.

At Disneyland, you have to watch Fantasmic standing up and at Walt Disney World, you get to sit on stacked bleachers.

The show itself is a bit different at both parks too. 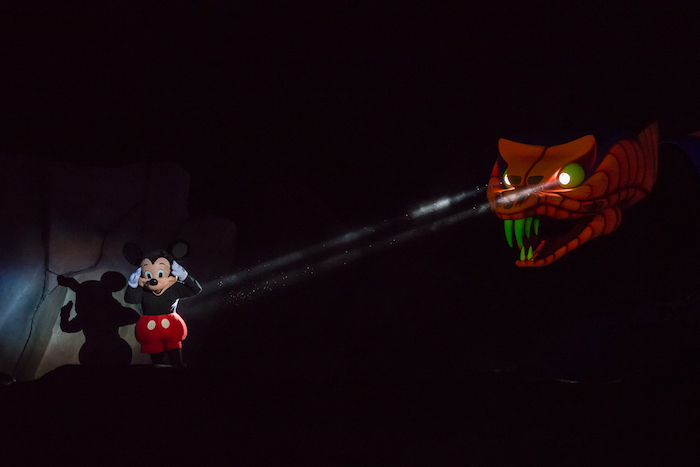 This giant snake is a different character at Disneyland and Disney World! Photo by Cliff Wang

Walt Disney World’s Fantasmic has more fireworks and bigger effects because it takes place in a larger space.

And while both versions of Fantasmic focus on Mickey going into a dream world, some of the characters they utilize are different. For example, Disneyland uses a large snake puppet of Kaa from The Jungle Book. 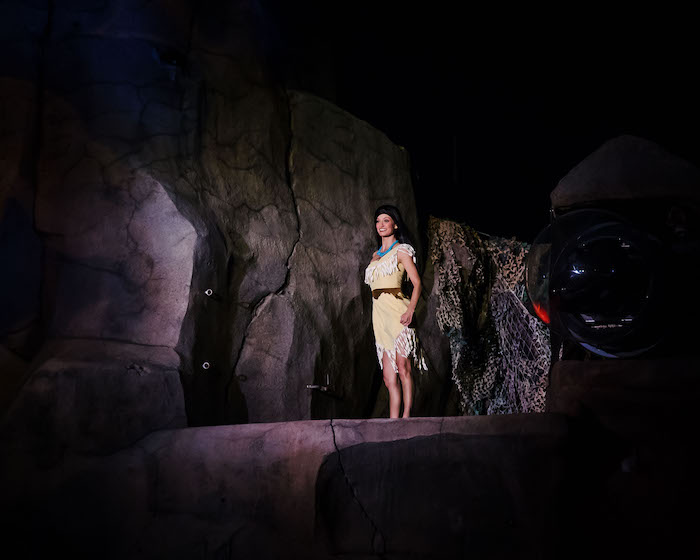 At Disneyland, the WDW Pocahontas scene was Peter Pan! Photo by Laurie Sapp

Additionally, the Pocahontas scene we all know and love from Walt Disney World’s Fantasmic was originally a Peter Pan scene at Disneyland and, after an update to the show a few years ago, a Pirates of the Caribbean scene.

It’s amazing how both parks tell the same story in their own, unique ways.

No matter which Fantasmic is your favorite, for us Walt Disney World people, nothing beats sitting in the stadium at Hollywood Studios and watching the magic unfold right before our eyes. 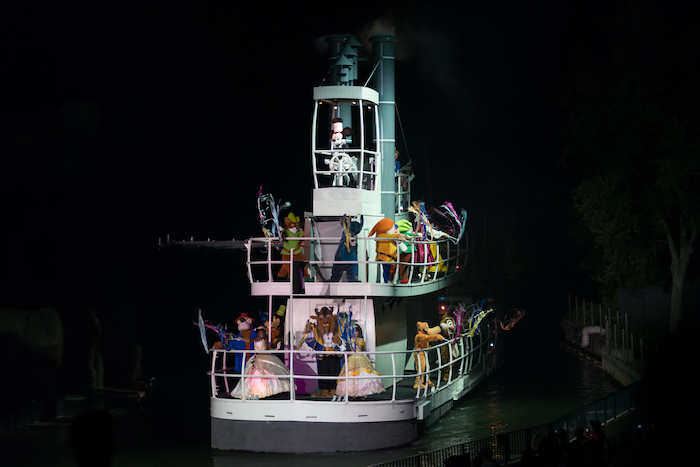 There is true magic in Fantasmic! Photo by Cliff Wang

From singing along to the iconic song about imagination and dreams to seeing all of our favorite characters on screen and on stage, it’s a mesmerizing experience from start to finish.

To me, Fantasmic is dancing in the car with my brother to its soundtrack until we’re crying from laughing so much.

Fantasmic is sitting in anticipation and wonder with a friend experiencing it for the first time.

It’s sitting in the rain with my boyfriend on our anniversary, singing along to the classic Disney songs and cheering on Mickey as he reclaims his dream.

Whatever Fantasmic means to you, it’s truly a wondrous experience.

Want to learn even more about Disney and keep up with the magic in the parks? Subscribe to our newsletter and stay informed!