The Replacements: The Three Caballeros Animatronics Are Out to Lunch 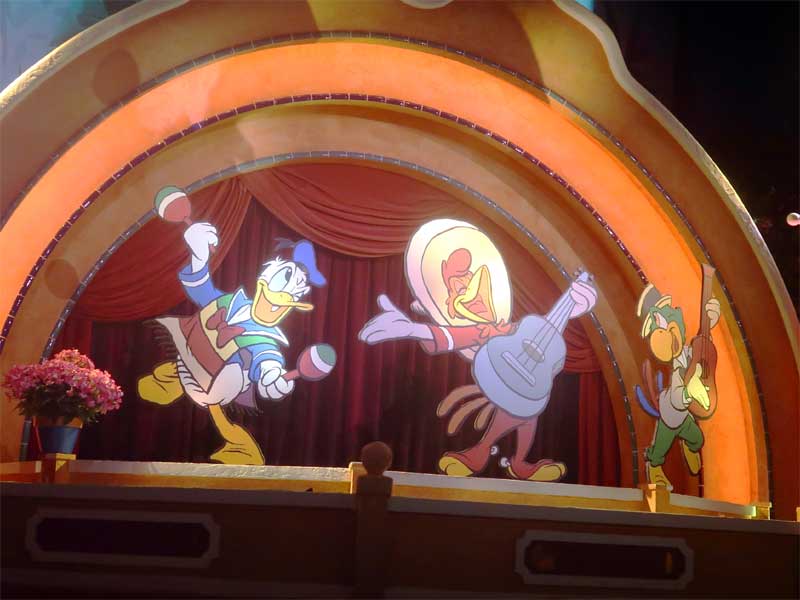 Our beloved Three Caballeros Animatronics have flown the coop. Here’s what replaced them…

It’s like the cover of Sgt. Pepper’s Lonely Hearts Club Band. So many cardboard cut-outs… but this time, the Beatles are cut-outs, too!

The Donald, Panchito, and Jose figures at EPCOT’s Three Caballeros attraction are some OG Audio-Animatronics.

Our monthly subscribers to WDW Magazine heard all about their origins in our February issue. We won’t give it away, but all three are opening day (yep, that’s October 1, 1971) animatronics.

But, as Jafar would say, they’re so old. And all old robots need a bit of TLC now and then. Here’s the short saga that lead to their disappearance.

The unfortunate faceplant that Jose performed over the summer was amusing, sure. Oh, the puns about sleeping on the job, rocking till he dropped, etc. But his unique stage moves had a few consequences.

Jose soon returned to the show after what we presumed were a few cups of coffee and maybe an oil change.

But in January 2021, the Donald animatronic had similar issues and was removed from the ride. He was seen in early January moving a bit like I do when I forget to take my glucosamine. Hey, for an 86-year-old duck, his arthritis actually isn’t that bad.

When it came time for repairs, Donald’s spot was filled in late January with what many fans called a “memorial,” but we think it was Donald’s way of saying “Seeya real soon.”

One thing is for certain: Panchito, you the real MVP.

To remind you of what these animatronics look like in all their glory, here’s a fantastic close-up view from our friend, Big Fat Panda.

This video was recorded in 2015 when the Three Caballeros first returned to EPCOT from their world tour:

While the birds have flown the coop, expect to see this new view of our not-so-lively stand-ins:

We aren’t sure if the figures are undergoing an extensive refurbishment, or if they will return.

Perhaps they’re just molting. As always, we’ll keep you updated as soon as we get word directly from our press rep at WDW.

Want to know when they return? Sign up for our newsletter, and get Google News alerts as soon as we post.