The Nightmare Before Christmas Disneybounds 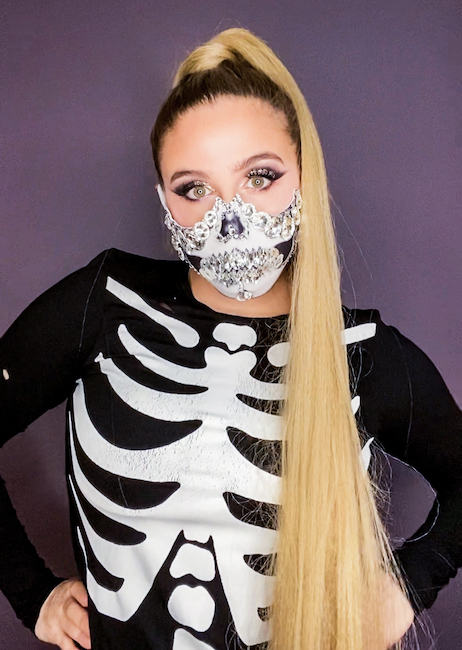 Remember in Tim Burton’s The Nightmare Before Christmas when the citizens of Halloween Town were panicking when they were getting ready for Christmas? That’s how I feel when getting a costume ready in time for Halloween.

Halloween is going to look a little different this year, and that is ok! Trick-or-Treating will be minimal (if non-existent) and instead of Halloween parties, I think most of us will be staying in.

I have been having a lot of fun over the past couple of months putting at home Disneybounds together. It’s given me time to practice some makeup looks that I haven’t had time to try, and also experiment with different styles that are outside of my comfort zone.

With that being said, Halloween is a great time to put together a Disneybound, instead of a full costume.

If you’re also having a low key Halloween this year, then Disneybounding is great because you can emulate a character without having to wear an extravagant costume!

Here are a few ideas to help inspire NMBC Disneybounds you can create at home to celebrate the most Spook-tacular time of the year!

Jack Skellington might be the easier character to Disneybound… ever!

His color palette is so simple: white and black. That’s all you need when you want to Disneybound as Jack, and I think white and black articles of clothing are easy to come by in any closet!

For my Jack Skellington Disneybound, I paired my skeleton dress with a bedazzled skull mask. If I do choose to leave my house on Halloween (even if it’s just to the grocery store), I will be able to wear a mask that compliments my outfit and Jack so well.

I used a black eyeshadow to create a smokey eye, and dabbed on silver glitter to create this look. It is a lot easier than I thought it would be.

I usually avoid using black eyeshadow because I think it can take a lot of work to blend it out, but using the glitter is a great way to “cheat” because it can mask any imperfections in the shadow.

Sally is such a lovable little rag doll. I don’t think we talk about this enough… but Catherine O’Hara, as in Moira Rose of Schitt’s Creek, leant her voice to create our beloved Sally.

Sally has many colors to her, which makes her Disneybound a little more difficult. Her color palette consists of many earth tone shades including burgundy, green, yellow, blue, and purple.

When you Disneybound as Sally, you have the opportunity to play with makeup in a way you normally wouldn’t! Sally’s skin is blue, and you can use blue tones to create a smokey eye!

Adding stitches with black liner is also a great option because Sally is a rag doll after all, so those small additions can really elevate your whole look. Take a look at how @lasdisney did her makeup! It’s wickedly divine!

If you want to “up your game” when it comes to Disneybounding,  you can follow Maggie’s lead and pose like your character.

Jack and Sally are great characters to Disneybound as with your significant other or best friend! Here is a great Disneybound duo from WDW Magazine’s very own Tatjana:

Oogie Boogie is a fun Disneybound to put together because you can pull elements from his green and tan color palette to create a chic and unexpected outfit.

Amber is a cosplay queen, and her dapper day Disneybounds are always on point. Check out how she used neutral tones to create a fantastically vintage Oogie Boogie Disneybound!

Want more Disney inspiration for your Halloween? Make sure you subscribe to our newsletter to stay in the Disney loop!