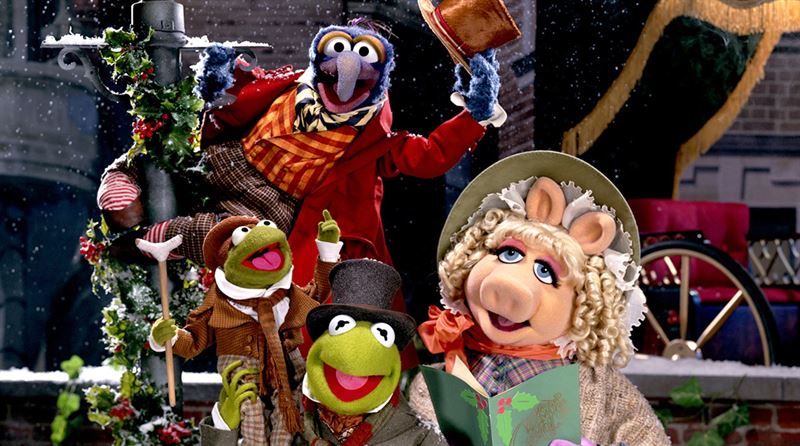 The Muppet Christmas Carol debuted on Dec. 11, 1992, as the first Muppet film distributed by Disney and the first following the passing of Jim Henson. Disney is no stranger to adaptations of this Dickens tale, but no one tells it quite like Gonzo.

Keep reading to learn some fun trivia and little-known history about this Christmas classic.

The Muppet Christmas Carol was the first Muppets production to debut following the death of Jim Henson. Henson passed away two years prior to the film’s debut in 1990, following his work on the Disney attraction Muppet*Vision 3D, which was the last project he worked on. 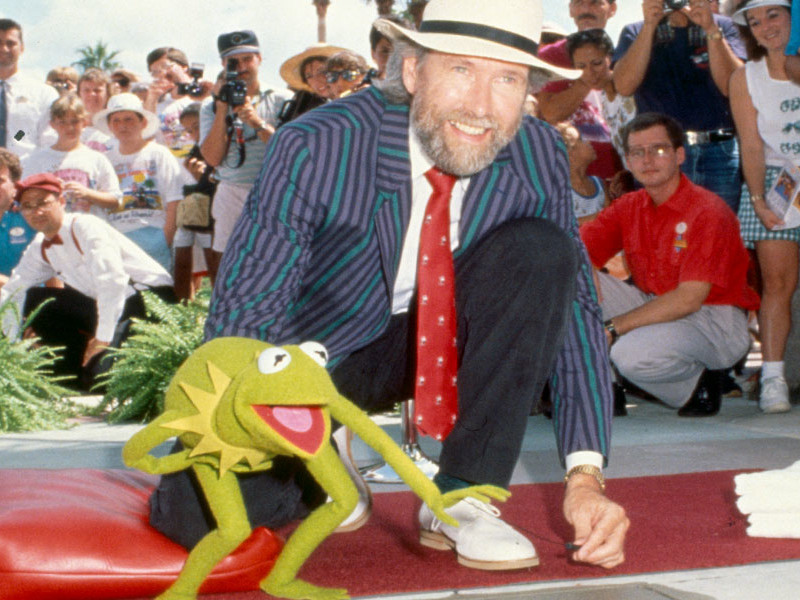 Jim Henson and Kermit the Frog. Photo courtesy of D23

Whitmore actually expressed his anxiety to Henson over portraying the iconic character, but he was ultimately given Henson’s blessing (and trust) that he would perform the role well.

The puppeteers, director, designers, and actors behind The Muppet Christmas Carol dedicated the film to Jim Henson as well as Richard Hunt. Hunt was a puppeteer and actor who had worked with Jim Henson for a number of years, portraying roles like Scooter, Beaker, Janice, Statler, and Sweetums, and he unfortunately passed before The Muppet Christmas Carol premiered in January 1992. 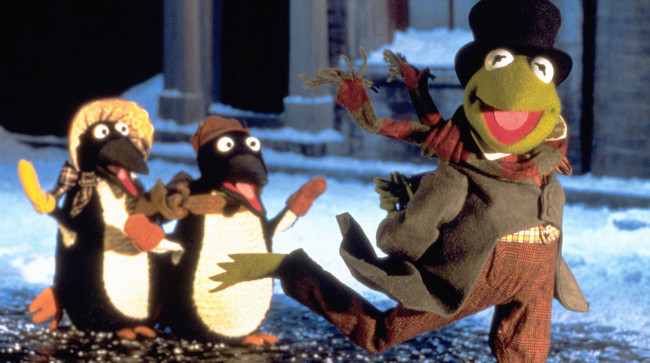 Look for the Kermit moment in the film (with the star) that pays homage to Jim Henson. Photo courtesy of Disney

The tributes to Jim Henson do not stop with a simple line of dedication. Longtime Muppet fans may be familiar with scenes featuring a shooting star flying over Kermit. The Muppet Christmas Carol director Brian Henson has discussed the scene and stated that it is inspired by The Muppet Movie, when the star originally flew over Kermit. It has since become a recurring theme as a subtle tribute to Jim Henson when seen in later Muppet productions. 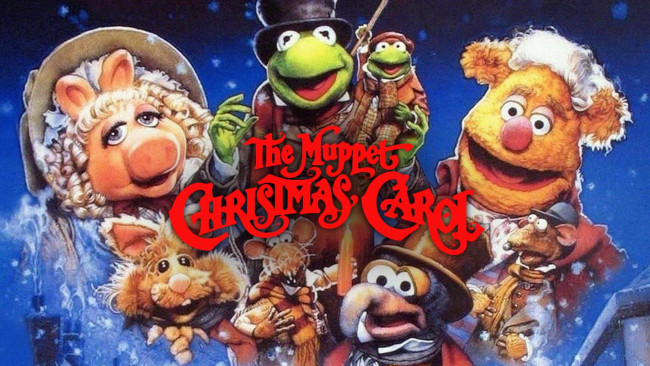 Before he began directing Muppet films, Brian Henson worked as a puppeteer in Muppet productions and was even seen on TV as a child on Sesame Street. His role beyond The Muppet Christmas Carol covers all aspects of renowned puppeteering films, with some of his most popular characters he has portrayed including Hoggle from Labyrinth and Jack Pumpkinhead in Return to Oz.

If The Muppet Christmas Carol is as big a part of your childhood (or perhaps your kids’ childhoods) as it was ours, you may be surprised to learn that a lot of decisions on the portrayals of different characters were changed multiple times leading up to the film’s production. 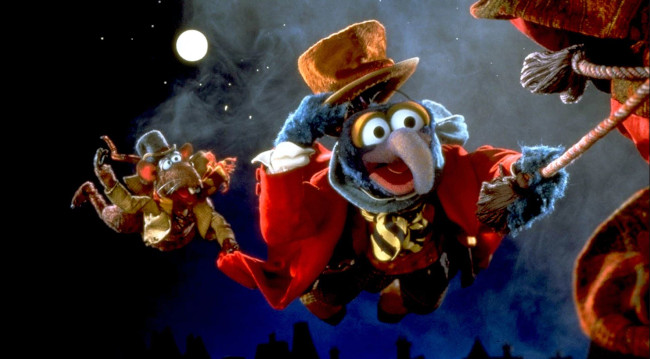 Gonzo was almost one of the ghosts instead of Charles Dickens. Photo courtesy of Disney

For instance, Gonzo was originally intended to star in the film alongside the other characters; however, producers later decided to use him as the narrator to showcase Charles Dickens’ classic writing. 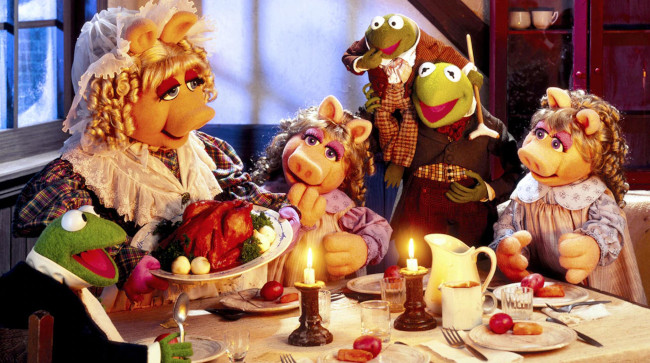 Who would’ve played Mrs. Cratchit if not Miss Piggy? Photo courtesy of Disney

Scooter was originally intended to appear alongside Miss Piggy and Gonzo as the story’s ghosts. We now know Gonzo was recast as Dickens, and later producers moved Miss Piggy to the role of Mrs. Cratchit. Scooter was still intended to be one of the ghosts at that point, but then the film’s creators decided to go with new Muppets all together for the roles, ultimately leaving Scooter out of the film. 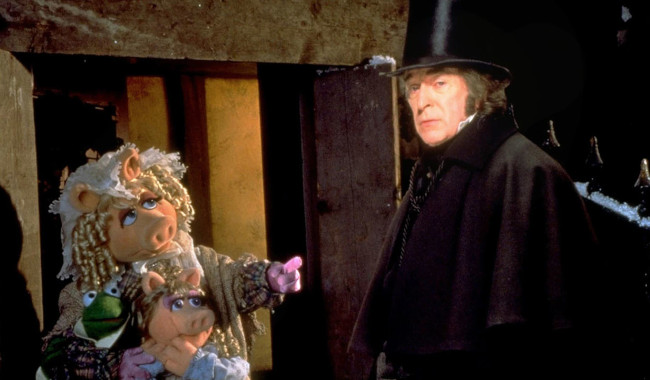 Can you picture anyone else other than Michael Caine as Scrooge? Photo courtesy of Disney

The role of Scrooge went to Michael Caine, and while his performance is one of the most iconic Ebenezer Scrooge portrayals in any Christmas Carol to date, the role was originally considered for a different actor. Earlier in the film’s casting, George Carlin was considered for the role. (What do you think? Can you see that?)

Carlin had performed in a couple of theatrical releases by that point in his career, though he was perhaps most known for his standup routines, which in some instances may seem to fit the bill for the Scrooge character, but they did not end up being what the casting directors were looking for.

A handful of actors from the UK were also considered for the role, including David Hemmings, David Warner, and Ron Moody, but the role was ultimately given to Michael Caine.

How to Watch The Muppet Christmas Carol 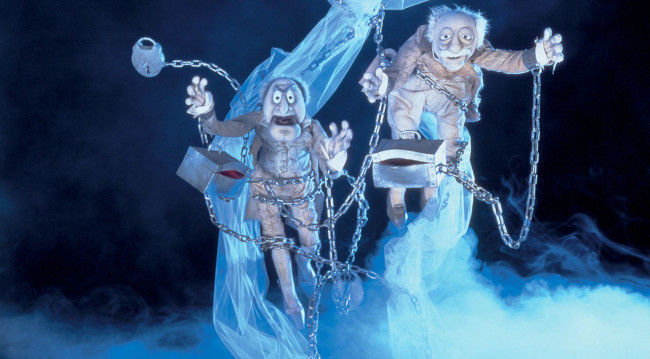 You can’t see this picture and not hear “We’re Marley and Marley” instantly. Photo courtesy of Disney

Hoping to add The Muppet Christmas Carol to your holiday film lineup? You can watch it now on Disney+ (or any time during the year, we won’t judge!) along with numerous other Muppet specials including the Disney+ original Muppets Haunted Mansion, The Muppet Movie, The Muppets (series), and so much more.