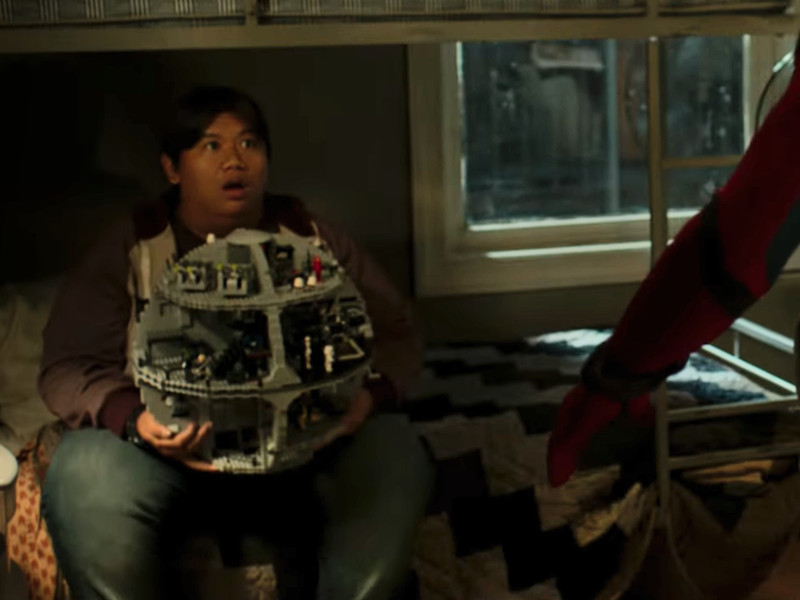 Aspiring brick masters, start saving up: These are the most expensive Star Wars LEGO sets on the market.

Remember when Peter and Ned had a date set to put together that Death Star LEGO set?

After seeing the price of this set, you might understand why this was such a big deal to Ned. Some of the most popular and in-demand LEGO sets are Star Wars-themed, and the most expensive sets are definitely collectibles and rare finds. Here are six LEGO Star Wars sets priced over $300. 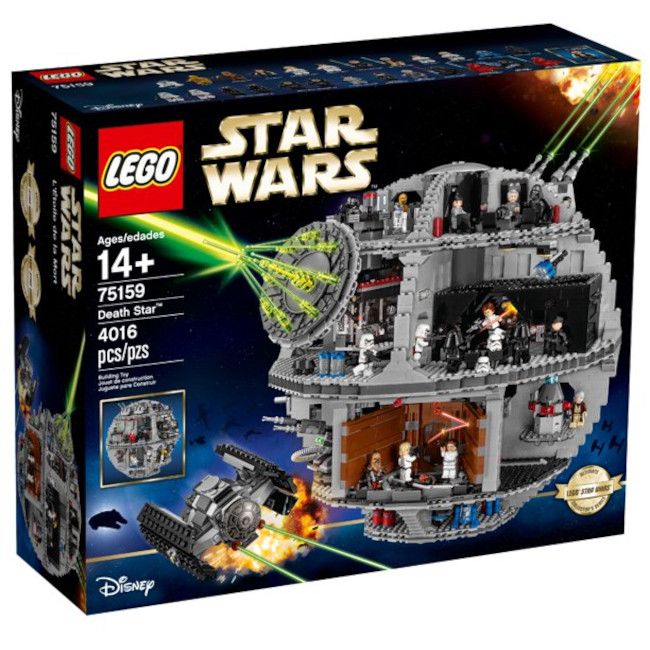 The Death Star kit tops the list of the most expensive Star Wars LEGO sets. Photo courtesy of LEGO

The LEGO Star Wars Death Star takes the cake as the most expensive on-the-market LEGO set at $1,399.99. You can’t find this set on the LEGO website, but you can snag it on Walmart.com.

Now you can feel just like Bevel Lemelisk, the architect who created the Death Star. And hopefully not like Tom Holland and Jacob Batalon, who admitted they couldn’t finish this behemoth on the set of Spiderman: Homecoming. 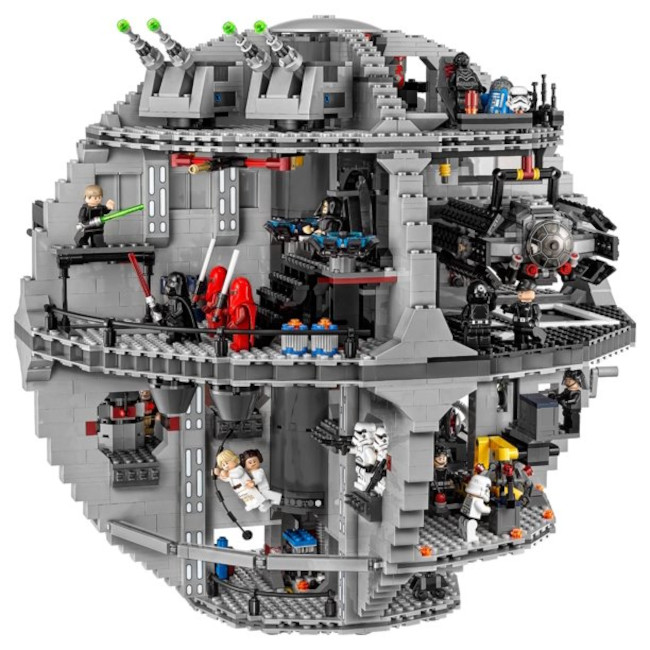 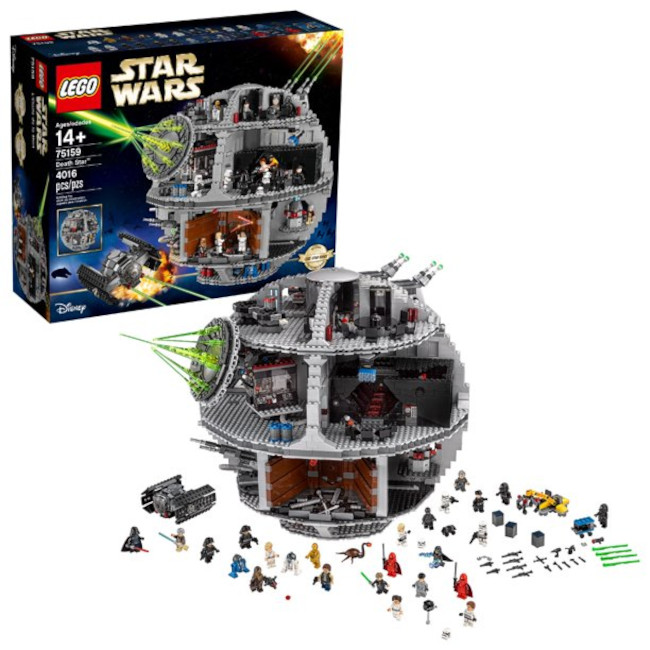 If you are a true Star Wars fan, this is the ultimate collectible. And the fact that you can build it yourself? Priceless. 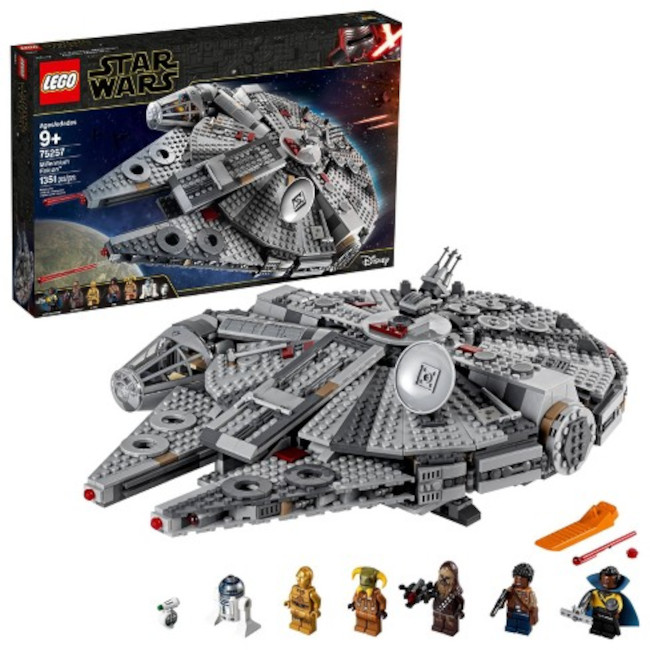 Coming in as the second most expensive Star Wars LEGO set at $799.99, the Millennium Falcon includes 7,541 pieces and is packed with authentic details.

It looks as if the real Millennium Falcon was shrunk down and put right in your home to be displayed. 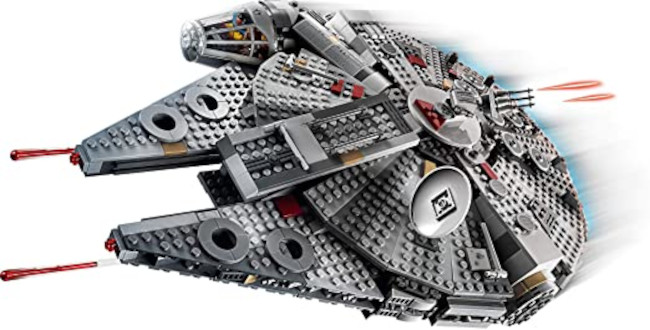 One of the most expensive Star Wars LEGO sets ever designed. Photo courtesy of LEGO

The characters included in this set are Han Solo, TFA Han Solo, Rey, Finn, BB8, Chewbacca, Princess Leia, C-3PO, two buildable Porgs, and a buildable Mynock. Although the Millennium Falcon is known to be one of the fastest toasters in the galaxy, you definitely want to take your time building this smaller version and enjoy it! 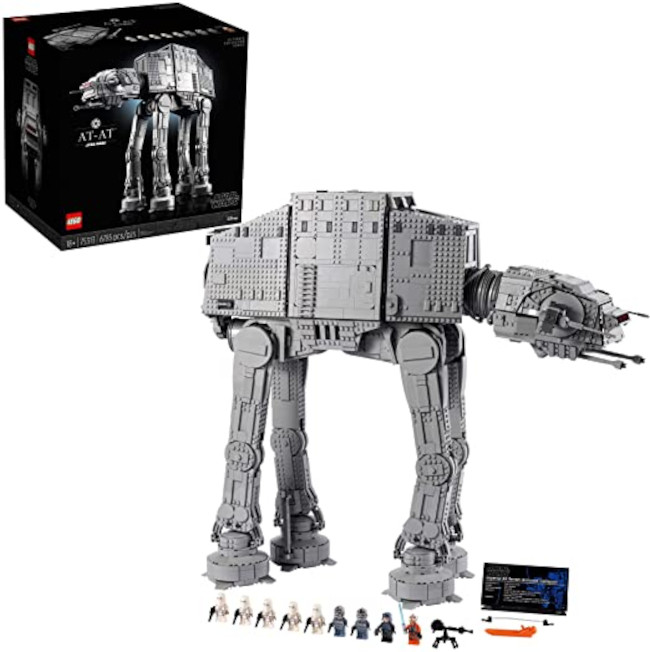 The Star Wars version of the Trojan Horse, an AT-AT is definitely a threatening sight. Not only is an intimidating combat vehicle, but at 20 meters tall with four legs and an animal-like head and torso, it also just looks plain terrifying.

You could say the same thing for the LEGO AT-AT—the set is $799.99 and is equipped with authentic details of weaponry, ground vehicles, nine minifigures, and is 25 inches tall. The Star Wars AT-AT set is a stimulating and interesting build for even the most advanced builders. 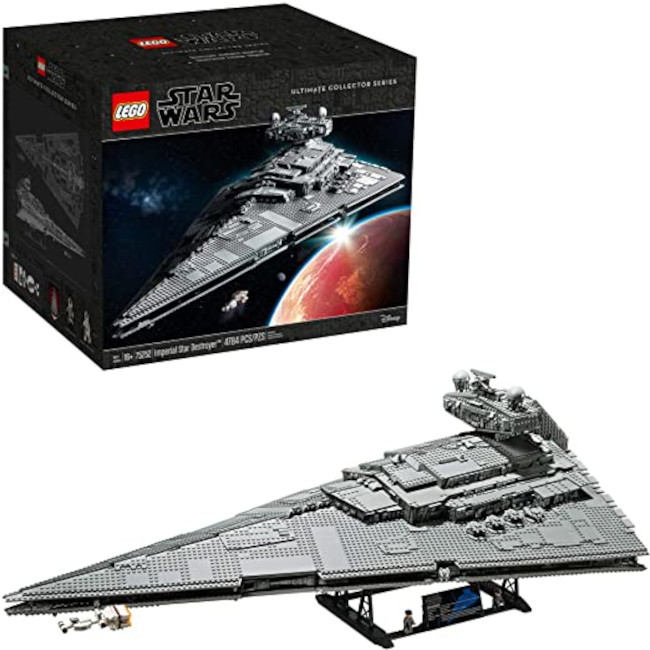 The LEGO Imperial Star Destroyer measures 3 feet long and 2 feet wide, making it one of the largest LEGO sets ever.

This bad boy is $699.99 and is extremely detailed right down to a Buildable Tantive IV that attaches to the front for display, and two Minifigures including an Imperial Officer and an Imperial Crew Member.

With more than 4,700 LEGO pieces, this is a challenging build that you can feel proud of when you’re all done. This set is an “Ultimate Collector Series LEGO set.” It even includes a display stand and plaque that includes facts about the Destroyer.

White it doesn’t come with any minifigures for play, this set is a true collector’s item and a great focal piece for any Star Wars fan. 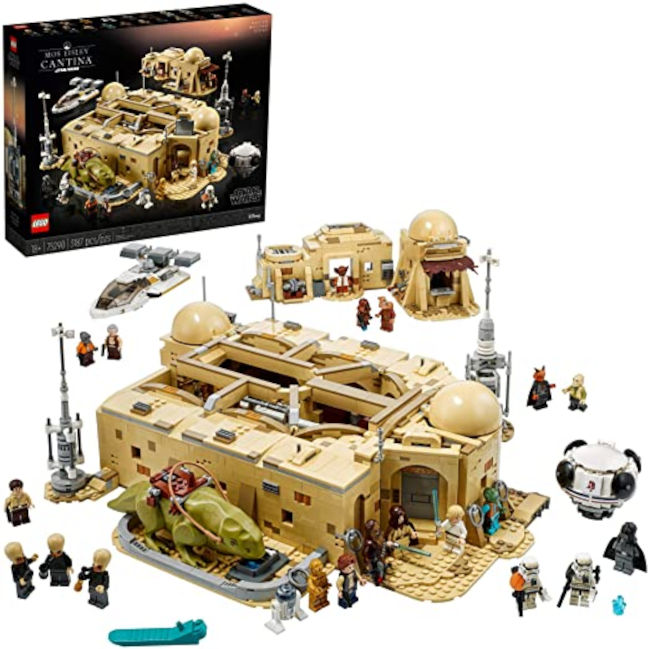 Every Star Wars fan dreams of having the famous cantina in their home. Well, now you can! …A miniature version that is.

The Mos Eisley Cantina set comes in at $349.99 and has 3,187 pieces. It comes with a whole cast of minifigures (21 to be exact), some being rare figures that can only be found in this set.

For both play and display, the cantina includes several mini-scenes from the movie that you can relive yourself. Although the real Mos Eisley Cantina may be a shady place, this set will be sure to add some delightful whimsy to your home.

So go ahead: Belly up to the bar and grab a space brew! 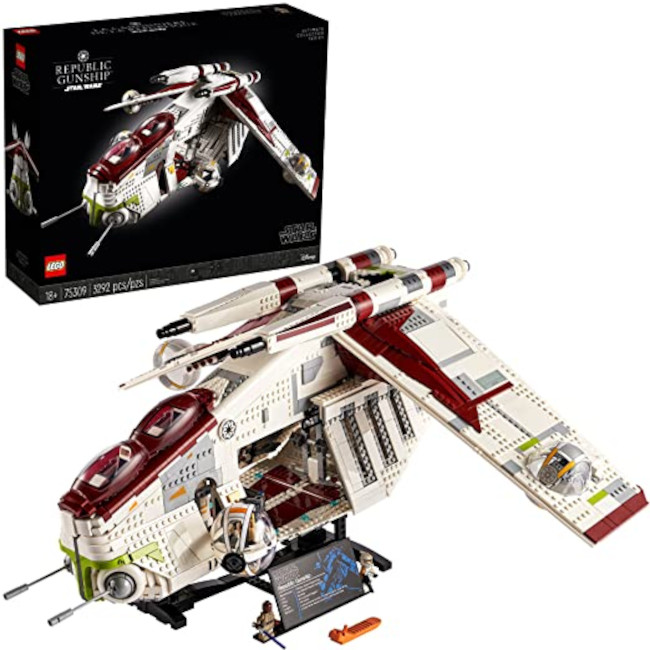 Tying in price with the Mos Eisley Cantina set, the Republic Gunship comes with 3,292 pieces and multiple poseable parts.

The doors of the ship open up to expose the cockpit that has plenty of room for troops and is made with some of the largest individual LEGO pieces made.

This set also comes with its own display plaque with facts about the ship making it the perfect collector’s item.

LEGO Star Wars sets are some of the most detailed and perfectly re-created models there are. Not only that but you can build them yourself, and have fun well doing it.

These may come with a price tag, but they are worth every cent to call yourself a true spacecraft manufacturer and to have a conversation starter displayed in your home.