The Monstrous Summer All-Nighter in 2013: 24 Hours in Magic Kingdom 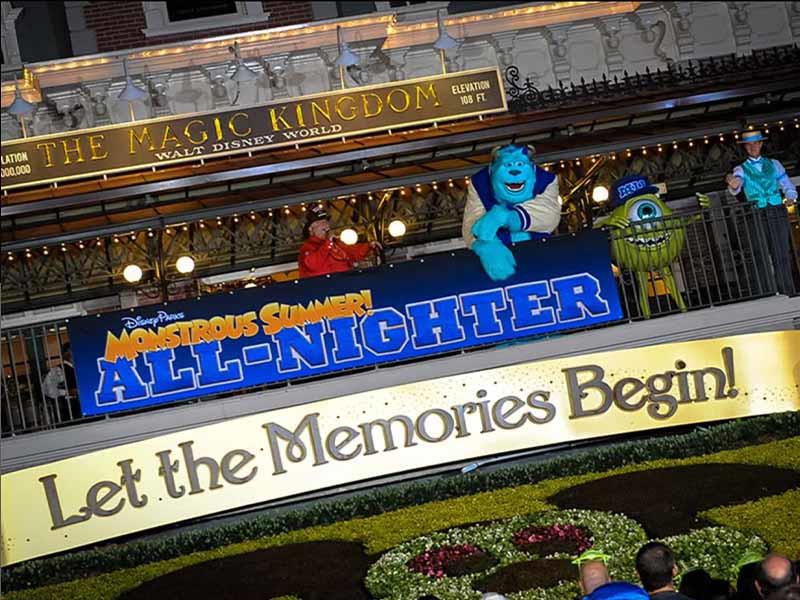 On May 24, 2013, Disney was open for 24 hours straight and hosted The Monstrous Summer All-Nighter. Here is what happened that day:

At this slumber party, there wasn’t much sleep for the guests. Maybe it was because monsters were lurking about. Or maybe, they didn’t want to miss out on all the fun to be had in honor of the release of Monster’s University. 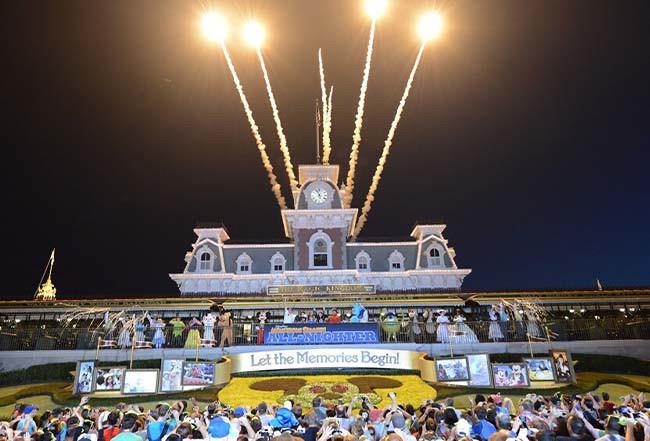 The summer of 2013 was quite an exciting time for Disney Parks. At Walt Disney World, the Magic Kingdom was still celebrating the opening of New Fantasyland, the largest expansion in the park’s history that was revealed to guests at the end of 2012.

The park also began showing Celebrate the Magic, a memorable projection show that took place nightly on Cinderella’s Castle for the following years until it was retired in 2016. 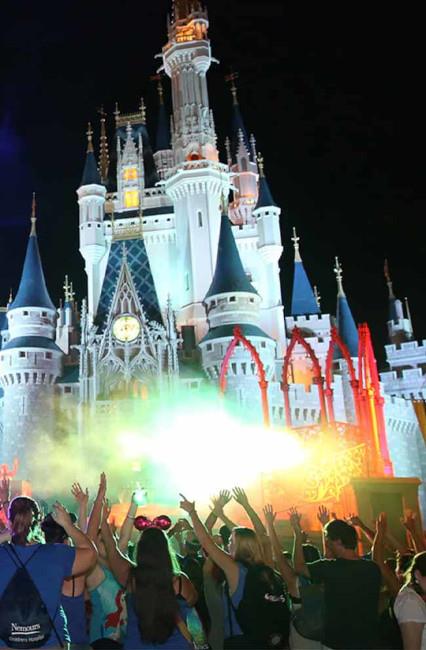 EPCOT had just reimagined Test Track, and both of Disney’s water parks, Typhoon Lagoon and Blizzard Beach had been newly refreshed. Downtown Disney was not yet Disney Springs, but it was well on its way to becoming the shopping, dining, and entertainment complex that it is today with the opening of Splitsville Luxury Lanes.

Why was the summer of 2013 called Monstrous Summer, though? Monsters University (2013) the prequel to Monsters, Inc. had its theatrical release on June 21, 2013, and to celebrate the occasion Disney hosted characters from the film, namely Mike and Sulley, in special events all around the Parks and Resorts. 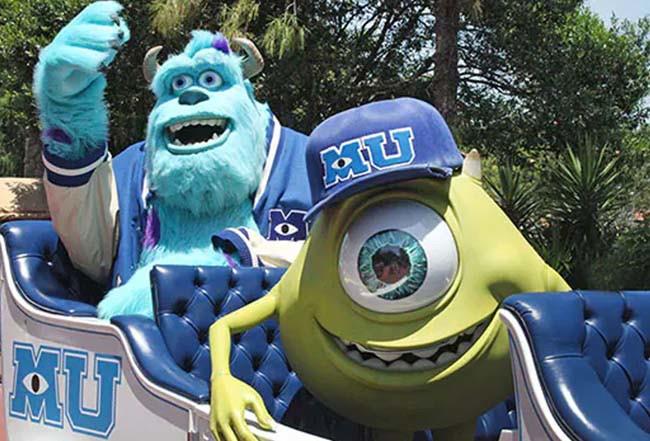 The Monsters, Inc. Laugh Floor in Tomorrowland opened in 2007, but the show certainly experienced a revival in popularity among guests during Disney’s Monstrous Summer with fans pouring in to see Mike as the “monster of ceremonies,” alongside a variety of monster comics.

One of Disney World’s monorail trains received a special wrap for the Monstrous Summer occasion. Known as the “Monsterail,” the wrap featured images of scenes from the new Disney and Pixar film. Guests visiting Disney’s Hollywood Studios could meet Mike and Sulley and have photos taken with the duo by a Disney PhotoPass Photographer.

For Guests staying at Disney resort hotels, Monstrous Summer wake-up calls were available each morning. The voice of Mike Wazowski, himself would call to wake up guests. 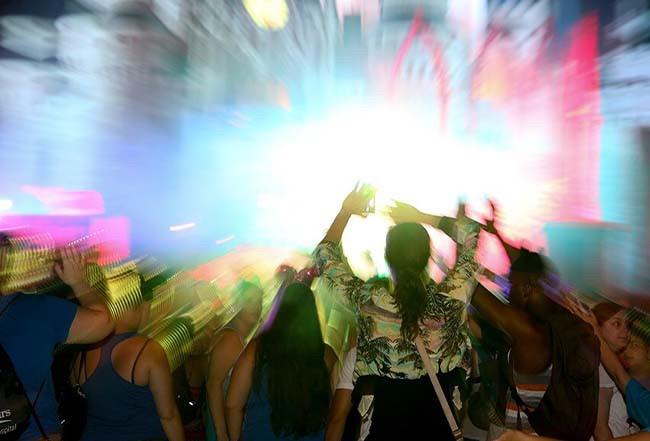 Kicking off the Monstrous Summer was the Monstrous Summer All-Nighter, which is precisely what it sounds like. During this special very limited-time event, Guests were able to spend an entire 24 hours inside the Magic Kingdom at Walt Disney World, as well as Disneyland Park and Disney California Adventure at the Disneyland Resort.

During the event, the parks opened at 6:00 a.m. on May 24, and they remained open all the way until 6:00 a.m. on May 25, 2013. While some attractions, shops, and restaurants did have some temporary downtime throughout the event, the majority of Disney’s most popular experiences were open and waiting for guests during all hours of the Monstrous Summer All-Nighter.

Some guests even got to experience special entertainment for the occasion, like the Special Nighttime Mickey’s Soundsational Parade for Monstrous Summer “All-Nighter” that ran in Disneyland Park.

Disneyland also hosted ‘Disney Friends Arrive From a Galaxy Far, Far Away’ aka Mickey, Minnie, Donald, and Goofy all decked out in their Star Wars gear (you may recognize their costumes if you ever attended Star Wars Weekends at Disney’s Hollywood Studios.) 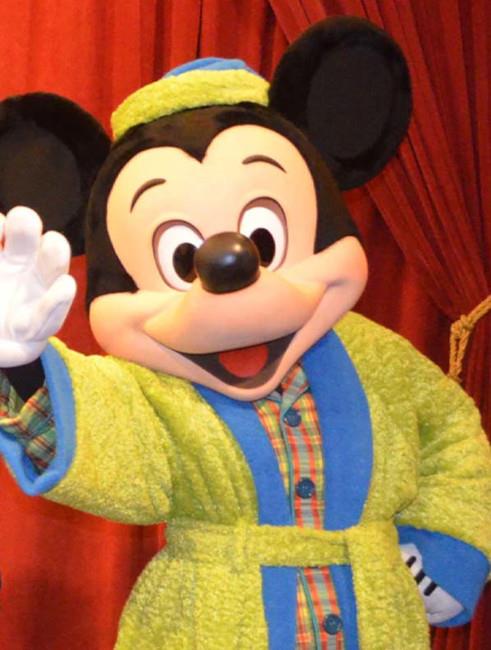 At Walt Disney World, Guests were treated to a late-night dance party in front of Cinderella’s Castle, an event often limited to holidays like New Year’s Eve or Fourth of July. Select character meet-and-greets ran late into the evening with Disney characters sporting their favorite pajamas.

The Main Street Electrical Parade also ran twice during the Monstrous Summer Fun All-Nighter in the Magic Kingdom, and guests at all three parks could taste some unique Monsters, Inc.-inspired treats, exclusive to this event.

Of course, like any good slumber party, the Monstrous Summer All-Nighter was littered with guests finding spots wherever they could around the parks to take a quick snooze (and we don’t blame them!)  A normal day at Magic Kingdom with typical opening and closing hours is exhausting, never mind 24 full hours!)

Disney has not held a 24-hour experience in the theme parks since the Monstrous Summer All-Nighter during Memorial Day weekend in 2013, but it would be fun to see it come back someday! Keep your fingers and claws crossed!