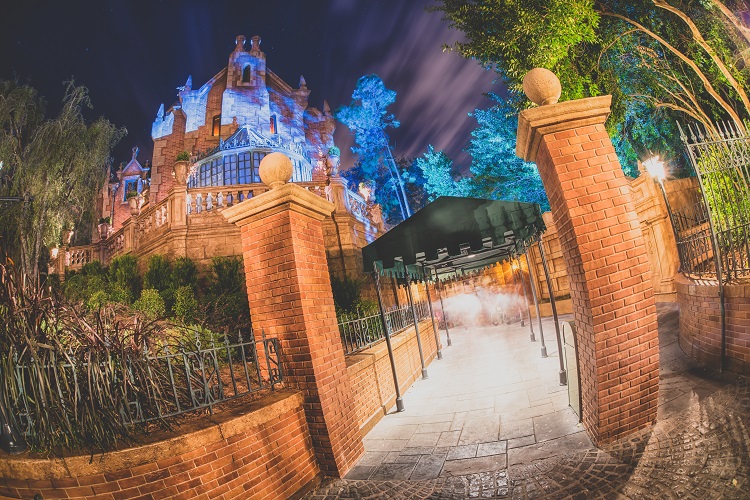 When I was presented with the opportunity to write about the Haunted Mansion for WDW Magazine, I leaped at the chance to dig six feet under and explore more about my personal favorite attraction in all the land (of the dead and living)!

When you meet a fellow Ghost Host, Madame Leota, or Mellomen aficionado, the first thing many of us ask one another is, “What is your favorite scene?”

To be fair, this is a common question to ask of any attraction at WDW, but this tour, in particular, is chock full of all of that delicious Disney magic we have come to know and love over the years.

Like many attractions, The Haunted Mansion theme starts in the detailed queue, continuing to your ominous entrance into those double doors, and into the Stretching Room … there’s no turning back now! Without further ado, grab a seat on your Doom Buggy and “look alive” as we explore five things you may not have known about Madame Leota’s chilling dwelling.

If you think the voice of the Ghost Host in both Disneyland and  Disney World sound familiar…you’re right! 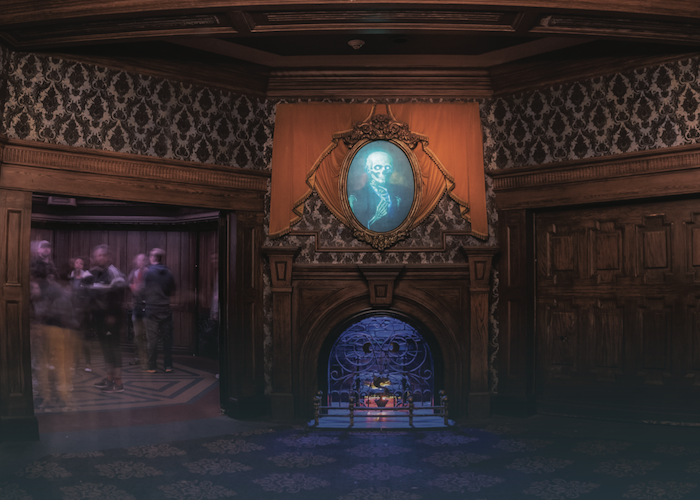 Step inside the Haunted Mansion. Photo by Judd Helms

Although wildly different in character, Paul Frees, the same tour guide we know and love from the attic to the ballroom scene to the graveyard is not only the voice of Boris Badenov of Rocky and Bullwinkle but is also the sweet articulation of the beloved Pilsbury doughboy- whoa!

And speaking of epic voices…Walt Disney himself actually originally recorded the ghost host narration but eventually scrapped it for what we know now.

2. If at First, You Don’t Succeed, Make Another Movie!

While the Haunted Mansion isn’t the only attraction to inspire a film (Pirates of the Caribbean is indisputably the most popular) it also wasn’t the first attempt at this silver screen rendition of the beloved attraction. 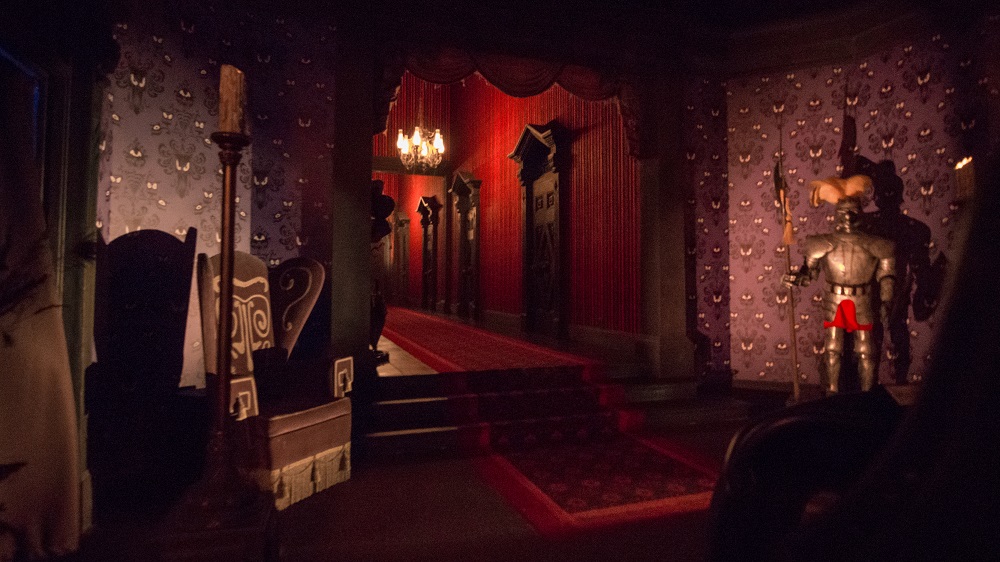 The Haunted Mansion movie screenplay went on a journey longer than this hallway. Photo by Cliff Wang

In the early 90s, Michael Eisner, the head of Disney Parks at the time, commissioned the ride for a screenplay, but alas it never came to fruition. Once more in the late 90s, the last attempt was made for a telefilm on the Wonderful World of Disney, before the Eddie Murphy version you know and love(?) was brought to life on the big screen in 2003.

Another familiar voice haunts our beloved attractions as a Melloman in the graveyard scene.

You may recognize Thurl Ravenscroft as Tony the Tiger and the vocalist who sings “You’re a mean one Mr. Grinch” (I can totally hear it now!) in the television version of How the Grinch Stole Christmas. A name as distinctive as his bellowing baritone voice!

4. Madame Leota is the Real Deal

If you are a Haunted Mansion aficionado, this one may not come as a surprise to you, but it’s too fun not to mention. 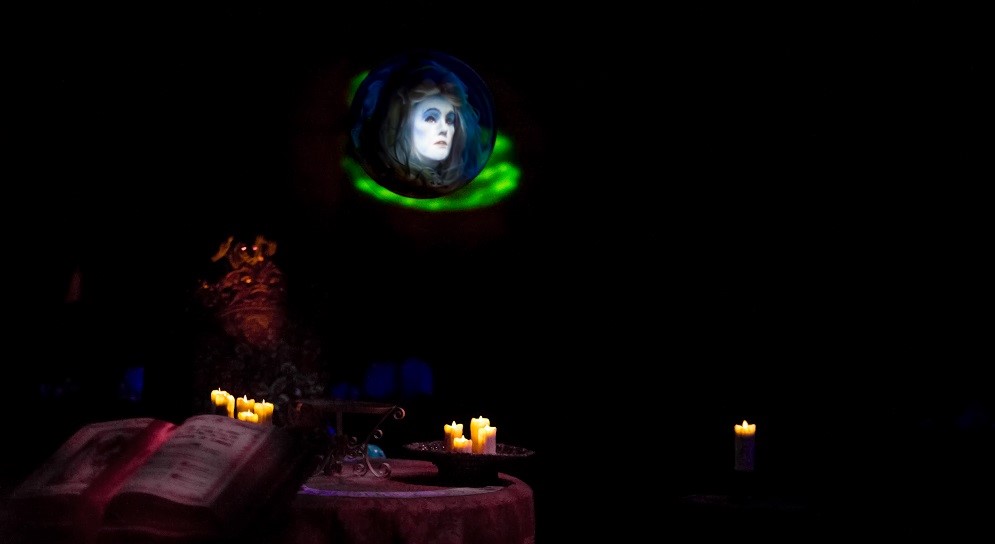 While the voice of Madame Leota was recorded by a separate voice actor (Eleanor Audley), an Imagineer by the name of Leota Tombs (yes, her actual name) was the vision of the disembodied chanting! It’s her disembodied head that appeared in her crystal ball.

Keeping it all in the family, Leota’s daughter, fellow Imagineer Kim Irving took over after the passing of the beloved Mrs. Tombs.

The Gracey family emblem is depicted throughout the Memento Mori gift shop found just around the corner from the attraction itself at Walt Disney World. 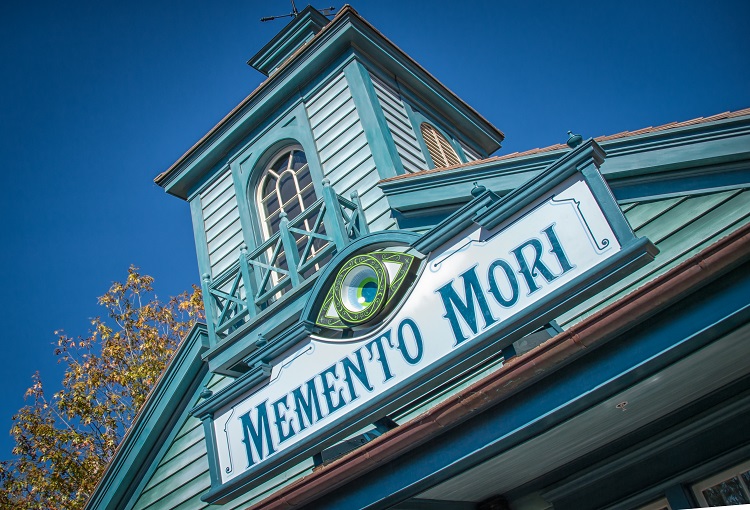 This is a gesture to yet another Imagineer and animator named Yale Gracey who had a hand in developing one of the coolest, chilling scenes in all of the attraction—Madame Leota’s Seance scene!

Room for One More

As an opening day attraction, The Haunted Mansion is an OG in the Magic Kingdom and continues to draw a cult following of sorts. As the kids say, if you get it, you get it.

While each and every Disney park around the world brings its own bit of magic to the table, they all have one thing in common—from Florida to California, to Paris, Shanghai and Tokyo, they all have their own unique version of the Haunted Mansion.

While each version may be distinct in its own right, the fact that this fun-loving haunting exists across the globe speaks volumes to its effect on Disney aficionados everywhere.