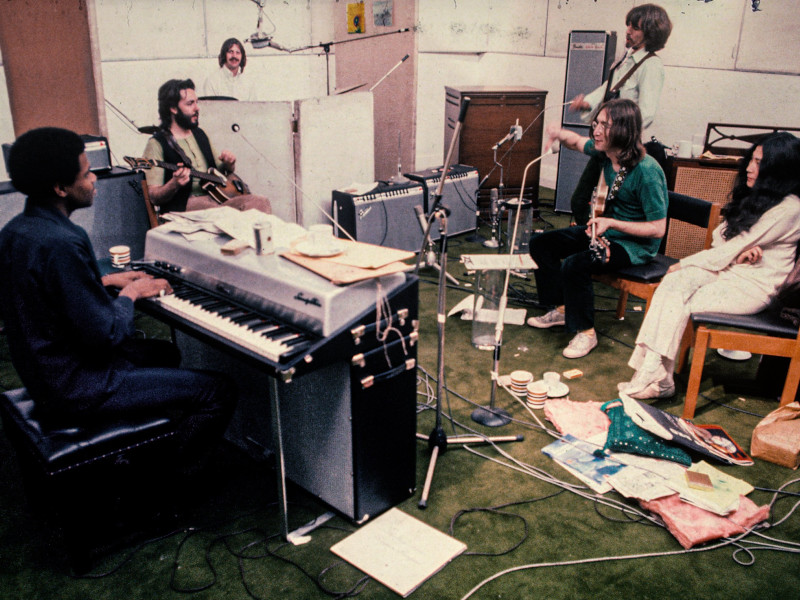 The upcoming documentary series “The Beatles: Get Back” from Director Peter Jackson will premiere on Disney+ this Thanksgiving.


“The Beatles: Get Back” Will Premiere on Disney+

During a sneak peek of the film released in December, Director Peter Jackson announced to fans that The Beatles: Get Back was being cut together from “56 hours of never before seen” archived footage.

It seems that Jackson has found more than one film’s worth of moments to put into the project, as The Beatles: Get Back has expanded into a 3 part, 6 hour-long docuseries, which will premiere exclusively on Disney+ on November 25th, 26th, and 27th.

When asked about the project’s growth, legendary filmmaker Peter Jackson expressed his excitement, stating, “Over six hours, you’ll get to know The Beatles with an intimacy that you never thought possible. I’m very grateful to The Beatles, Apple Corps, and Disney for allowing me to present this story in exactly the way it should be told.”

Bob Iger, Ringo Starr Praise “The Beatles: Get Back”

Experience The Beatles: Get Back, a three-part #DisneyPlus Original documentary series streaming November 25, 26 and 27. pic.twitter.com/OJoUTz4BBa

The anticipation of the upcoming The Beatles: Get Back docuseries can be felt all the way up to the highest rung of the Walt Disney Company.

“As a huge Beatles fan myself, I am absolutely thrilled that Disney+ will be the home for this extraordinary documentary series by the legendary filmmaker Peter Jackson.” Disney Chief Executive Bob Iger stated in the announcement that The Beatles: Get Back would be premiering on Disney+.

He continued, “This phenomenal collection of never-before-seen footage offers an unprecedented look at the close camaraderie, genius songwriting, and indelible impact of one of the most iconic and culturally influential bands of all time, and we can’t wait to share The Beatles: Get Back with fans around the world.”

Courtesy of the Walt Disney Company

Bob Iger and Peter Jackson aren’t the only ones excited for the upcoming film, however.

In an interview with Steven Colbert, surviving Beatle Ringo Starr had the following to say about the film, “I used to moan because the original documentary (Let It Be) was very narrow, built around a moment… [The Beatles: Get Back] is so great… I love it now; it’s going to be something to look at.”

Starr’s former bandmate, Paul McCartney, had similar feelings from the footage he had seen so far, stating, “I love it, I must say because it’s how it was. It just reminds me of –even though we had arguments, like any family– we loved each other, you know, and it shows in the film.”

The Film Will Feature The Entire “Rooftop Concert”

Significant for being the final live performance of The Beatles before their breakup in 1970, only about 22 minutes of the legendary “Rooftop Concert” have been available to the public as part of the original Let It Be documentary.

While parts of it are included throughout the original 1970 documentary, The Beatles: Get Back will feature the entire rooftop concert– All 42 minutes of it.

The setlist for the impromptu concert includes four songs: two takes of Don’t Let Me Down, and I’ve Got a Feeling, one take each of Dig a Pony and One After 909, and three takes of the film’s namesake, Get Back– which closes the concert as London police come to shut down the performance.

The Beatles: Get Back will feature all of the above, as stated in this press release, “The footage captures interactions between the band members, reactions from fans and employees from nearby businesses, and comical attempts to stop the concert by two young London policemen responding to noise complaints.”

Who’s your favorite Beatle? Will you be watching the premiere of The Beatles: Get Back this Thanksgiving on Disney+? Tell us over on our Facebook page!