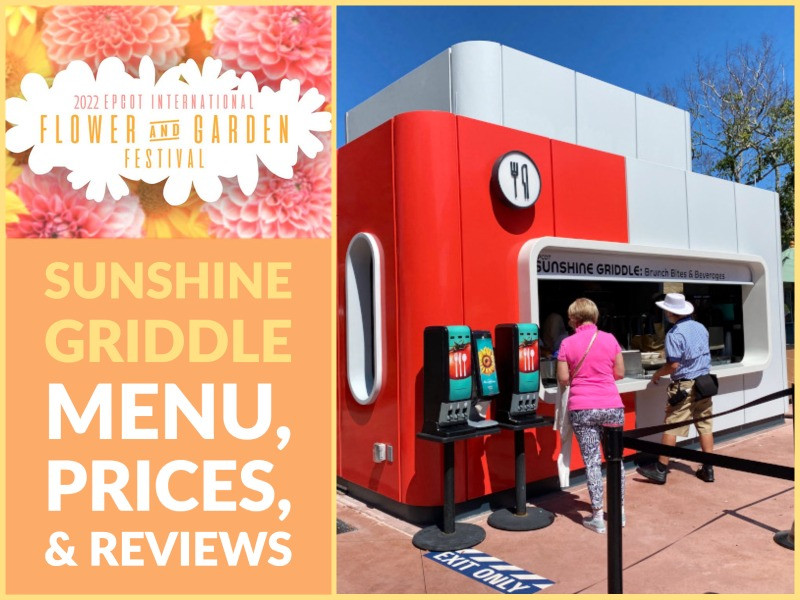 Get the full 2022 EPCOT Sunshine Griddle menu at EPCOT Flower & Garden Festival, plus prices, photos, reviews, and our snack-or-skip recommendations.

Walt Disney World has announced the full list of 2022 EPCOT Flower & Garden Festival food booths and menus. For a quick, ad-free list of all the food and drinks, keep scrolling.

When you’ve got a hankering for breakfast, it doesn’t matter what time of day it is. Sunshine Griddle is there to help your breakfast cravings all day long.

🍽️ ORDER UP: Millennials, listen up: Just get the avocado toast and don’t think about how much you could be saving for retirement by skipping it. 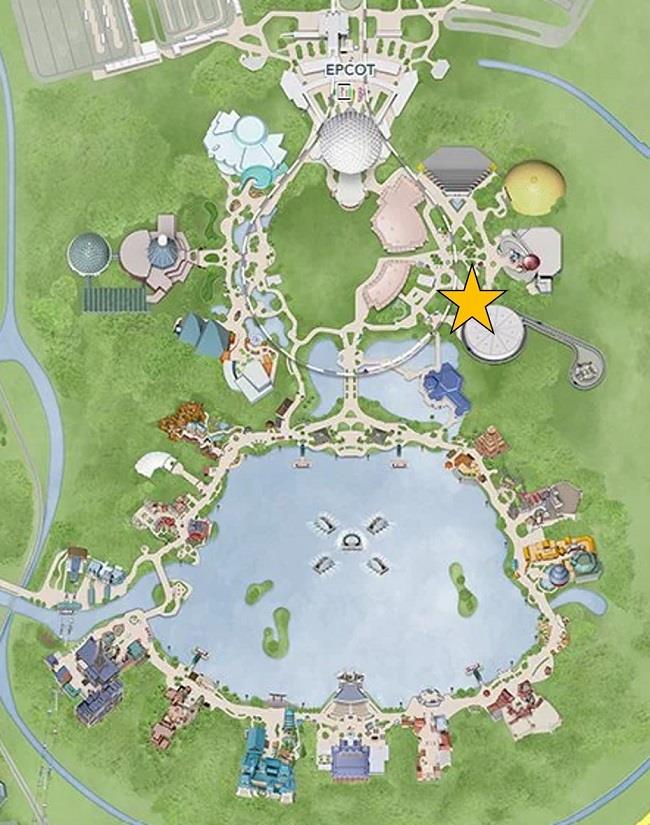 Sunshine Griddle is near Test Track presented by Chevrolet, next to World Discovery. 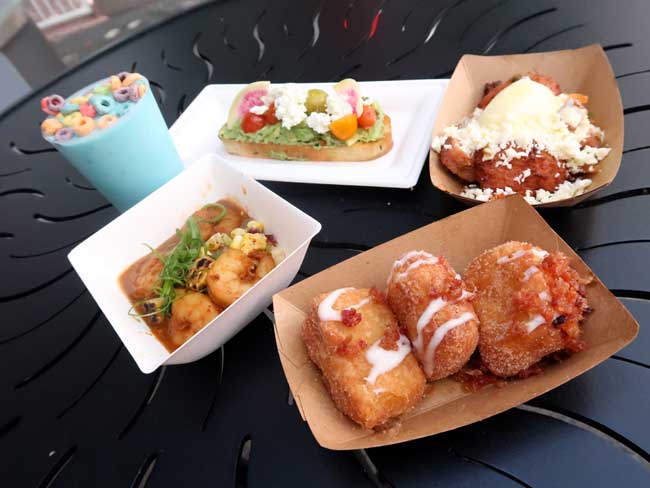 Press photos are one thing—honest reviews and on-site photos are better! As the festival progresses, we’ll add photos of what we were served at the outdoor kitchens and our candid thoughts on this year’s selections. Make sure you check back for more reviews, food photos, and menu details for the Sunshine Griddle booth at the 2022 Flower & Garden Festival. 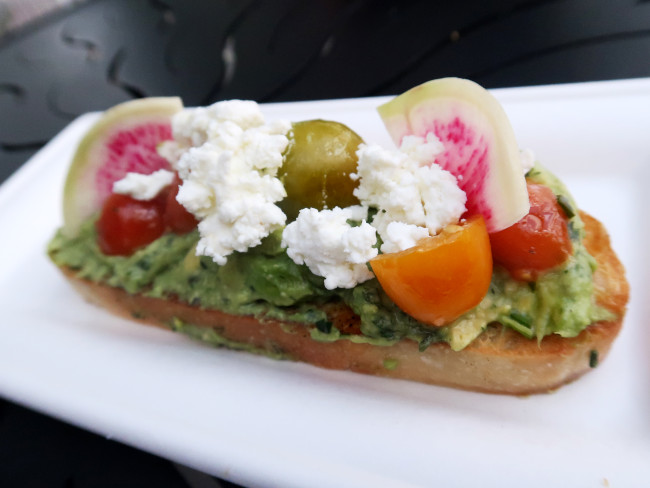 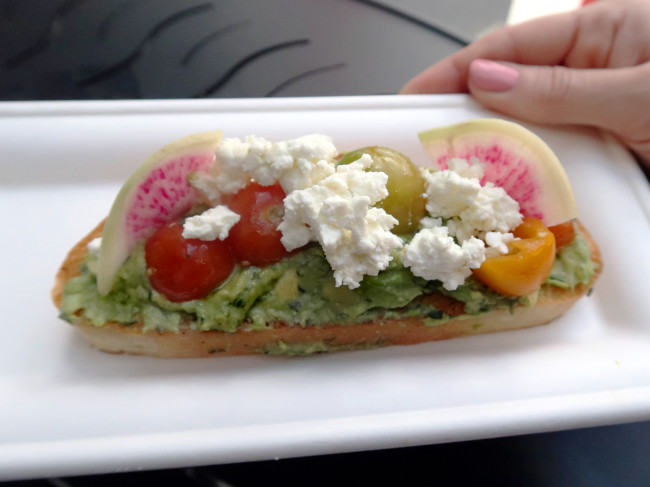 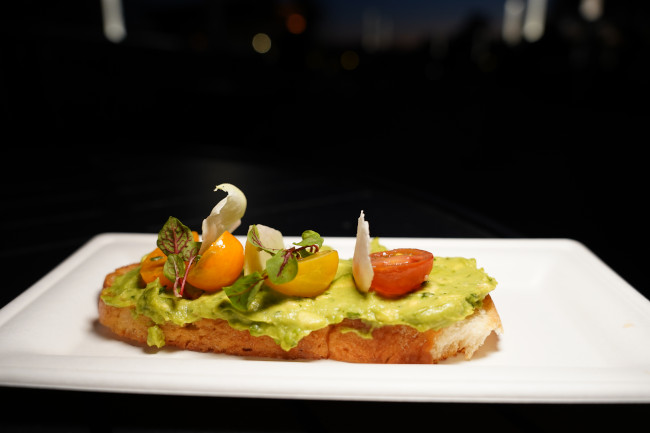 WDW Magazine Editorial Director, Rain Blanken: “If you love a lot of goat cheese, then this avocado toast is for you. I’m a big fan, so I was happy about it, but those who want to taste more of the avocado and tomato might want to knock off some of that cheese before the first bite.”

WDW Magazine CEO, Stephanie Shuster: “This was a really big portion and was so fresh. I liked the crunchiness and how beautifully it was plated.” 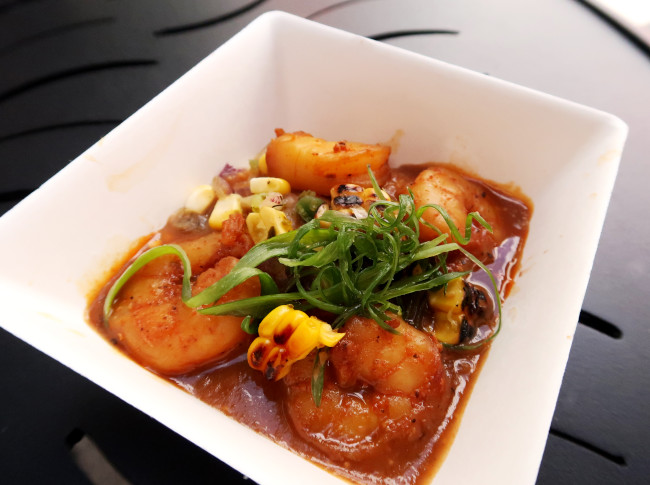 WDW Magazine Editorial Director, Rain Blanken: “When I try out a new brunch spot, I usually order the shrimp and grits. Everyone makes them a bit differently, so it’s always a surprise. These were intensely salty, which is something I love. If you’re not into salty grits, try mixing the tomato sauce in with them to blend that salt out a bit. With that bit of workshopping, this was a great brunch bowl with plenty to share.” 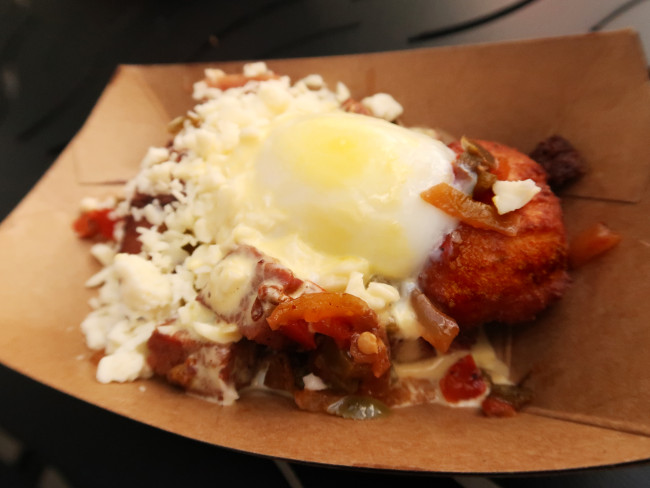 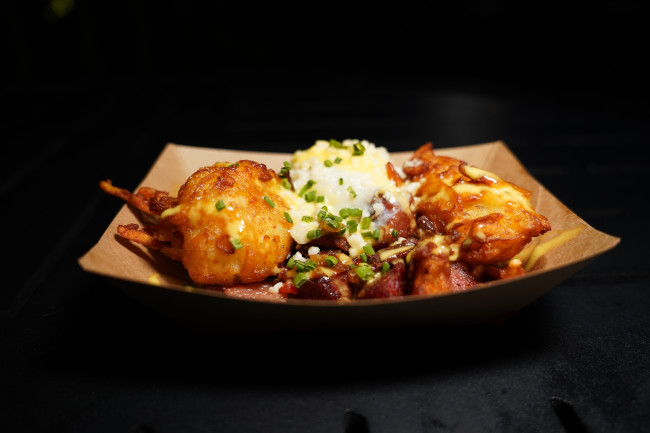 WDW Magazine Editorial Director, Rain Blanken: “One of the best of the fest, in my opinion, and fit for brunch, lunch, or dinner! The egg was done perfectly so that it dripped all over the veggies and brisket meat. My brisket was a bit chewy, but I’m not much of a brisket person (I’m a human person), so this is likely not an issue for those who enjoy this hearty meat.”

WDW Magazine CEO, Stephanie Shuster: “The corned beef is really tender, and wow, the portions are big. I found it very filling and especially liked the perfectly cooked soft-boiled egg with a nice, runny yolk.” 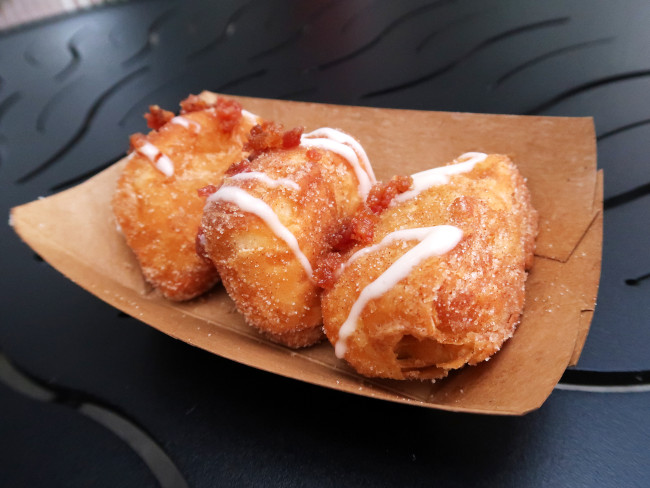 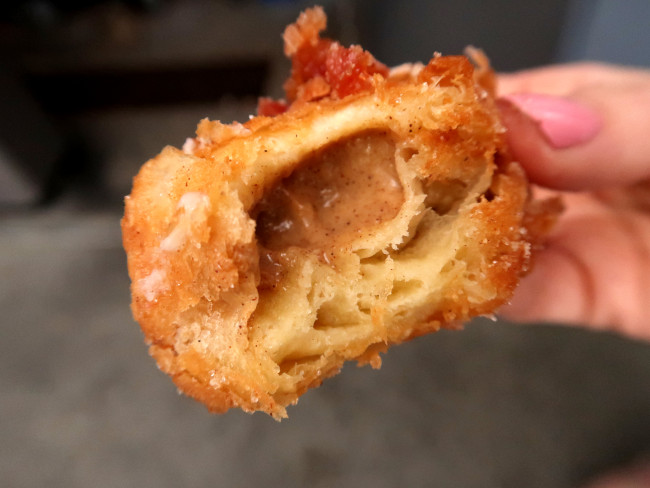 WDW Magazine Managing Editor, Rain Blanken: “Surprise, there is filling! You wouldn’t know from the menu description, but these pillowy delights have some delicious cinnamon cream in the middle. When you top that sweet flavor with bacon, you get a salty/sugary combo that pairs really well with something heartier from this booth like the brisket hash.” 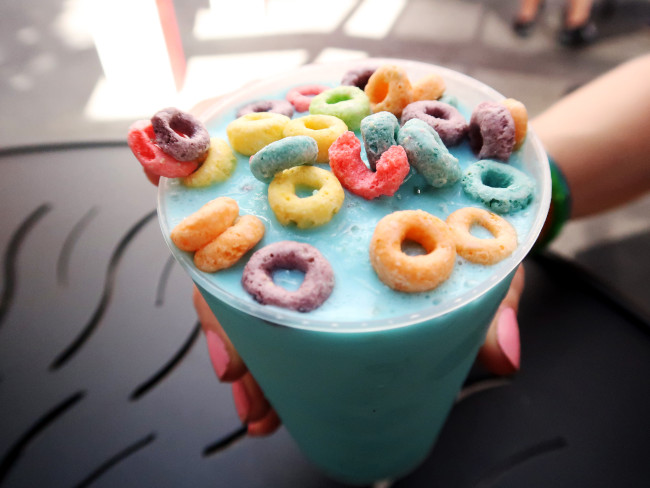 WDW Magazine Managing Editor, Rain Blanken: “If you were expecting Froot Loops in a cup, then you are in luck, my friend. This shake tastes exactly like a bowl of Froot Loops magically transformed into a milkshake. How do they do it?”

We’re covering every part of this year’s festival to make it easy to find what you’re looking for! Like what you see? Subscribe to support our efforts.