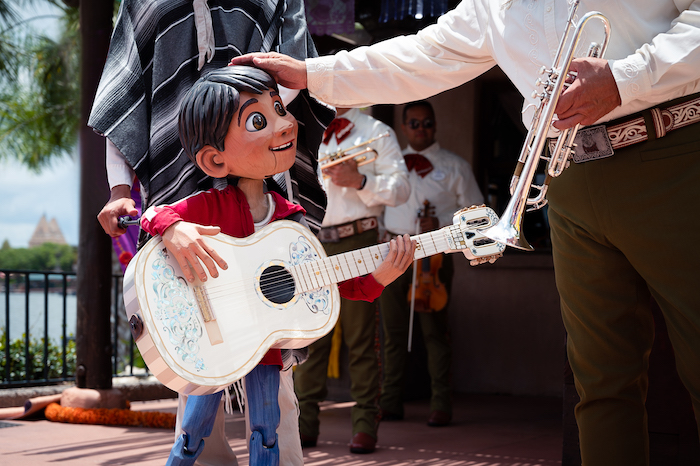 If you’re in EPCOT this weekend (October 31 – November 2), be sure and drop by the Mexico pavilion to catch the limited-time return of ‘Story of Coco!’

This show tells the story of the Disney Pixar film “Coco” in a unique and exciting way, and is it back just in time to celebrate Día de los Muertos or Day of the Dead!

Mariachi Cobre and folklórico dancers (traditional Mexican folk dancers) join together to tell Miguel’s story using traditional Mexican song and dance. The show highlights Día de los Muertos, a holiday that celebrates, honors, and remembers those who have passed on. 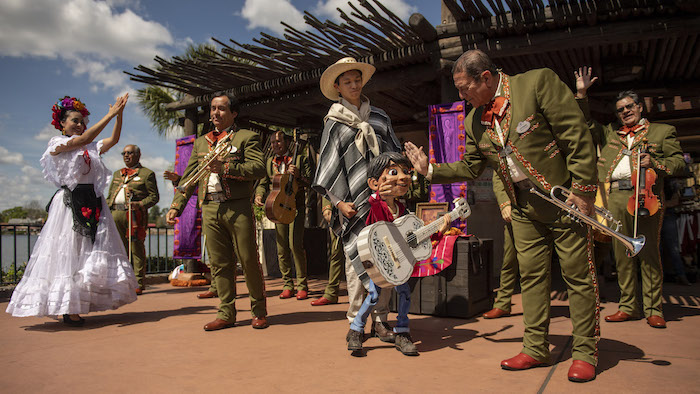 Catch ‘Story of Coco’ during its return to the Mexico Pavilion at EPCOT! Photo Courtesy of Disney Parks Blog

Those who have seen the 2017 movie “Coco” will remember the holiday is also the center of the movie. So, it is fitting to bring the show back for Día de los Muertos, which begins the evening of Thursday, October 31 and concludes on Saturday, November 2.

According to Disney Parks Blog, the show will be performed four times a day from Thursday, Oct. 31 through Saturday, Nov. 2 at the Mexico pavilion in World Showcase. Visit DisneyWorld.com for up-to-date scheduling information and showtimes.

Subscribe to WDW Magazine, where we celebrate Disney storytelling each month!