5 Things We Know After Seeing the Star Wars: The Book of Boba Fett Trailer 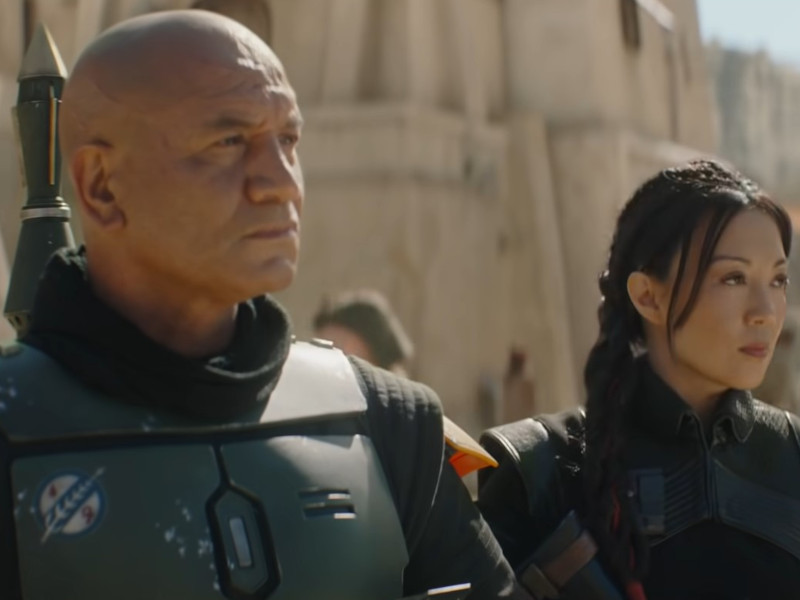 The first official Star Wars: The Book of Boba Fett trailer has dropped. Here’s what we now know …

Star Wars fans have clamored for Boba Fett to get his moment in the spotlight for nearly 40 years. And with the upcoming Disney+ series Star Wars: The Book of Boba Fett, the infamous bounty hunter’s moment has finally arrived.

Following his mind-blowing appearance in the second season of The Mandalorian, Boba gets his own show-ba on Disney+. Disney dropped the first trailer for The Book of Boba Fett this week, and it’s a real doozy.

Before the all-new original series begins airing on Dec. 29, here are five fast facts we learned from the first trailer for Star Wars: The Book of Boba Fett.

1. Jabba the Hut is Dead

The tagline of The Book of Boba Fett speaks volumes: “Every galaxy has an underworld.” You can expect this series to explore the seedier side of the Outer Rim as Boba Fett looks to claim the throne once held by everyone’s favorite giant space slug.

Unlike Jabba, who ruled with an iron first, Boba—played by Temuera Morrison—intends “to rule with respect.” We’ll see how long that lasts. Either way, The Book of Boba Fett looks like it’ll be filled with plenty of intrigue.

2. Fennec Shand Plays a Big Role in The Book of Boba Fett

Fennec Shand is back by Boba’s side. Photo courtesy of Disney+/YouTube

Boba won’t be alone on Tatooine. He’ll be joined once again by his partner Fennec Shand, played by Ming-Na Wen.

In one particularly tense scene, Boba’s authority is challenged directly. Shand, standing at his right with coolness, warns that Jabba would have fed back-talkers to his menagerie. Clearly, she hasn’t lost a step.

Looking through the first trailer for The Book of Boba Fett, you’ll spy several familiar forms and faces.

Among the creatures that pop up in the trailer are a B’omarr monk, a rather regal looking Ithorian, and some scaly Trandoshans. And it wouldn’t be a trip back to Tatooine without an appearance from the Tusken Raiders. You can bet there’s more where that came from, too.

4. Boba Still Has a Mean Streak

Boba shows he can still go after all these years. Photo courtesy of Disney+/YouTube

It wouldn’t be a show about your favorite intergalactic bounty hunter without lots and lots of action. At one point, Boba can be heard saying that he’s not a bounty hunter anymore, but he sure demonstrates the skills (and viciousness) of one in a few short snaps of combat.

And what about that helmet full of coins? I guess we’ll have to see.

Boba looks good for a man once consumed by a giant desert mouth. Photo courtesy of Disney+/YouTube

Back in 1983, Boba Fett was dealt a defeat at the hands of Luke Skywalker with the help of a ravenous Sarlacc. For years, stories have told of Boba’s escape from the Dune Sea of Tatooine—and we may finally get to see how it played out. Open wide! 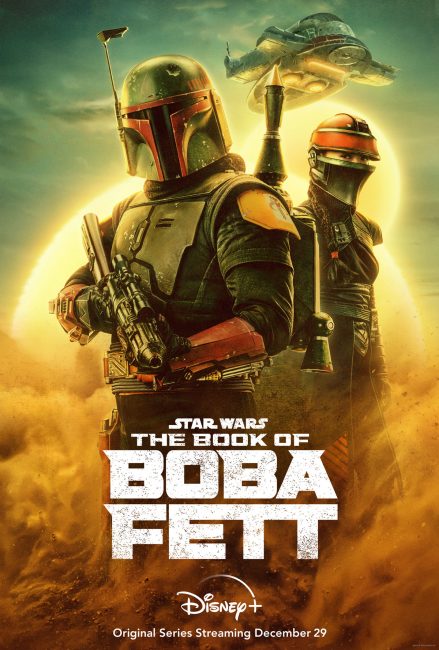 Star Wars: The Book of Boba Fett begins streaming on Disney+ starting Dec. 29. Plenty of time to binge The Mandalorian again and book yourself a trip on the Star Wars: Galactic Starcruiser.

Are you a fan of Boba Fett? Visit us at the WDW Magazine Facebook page and let us know whether you think he’s one of the best in the galaxy or a bit overhyped.

PHOTOS: The $11.5 Million Star Wars House Near Disney World Is For Sale