Explore Star Wars: Tales From The Galaxy’s Edge at Disney Springs this Summer 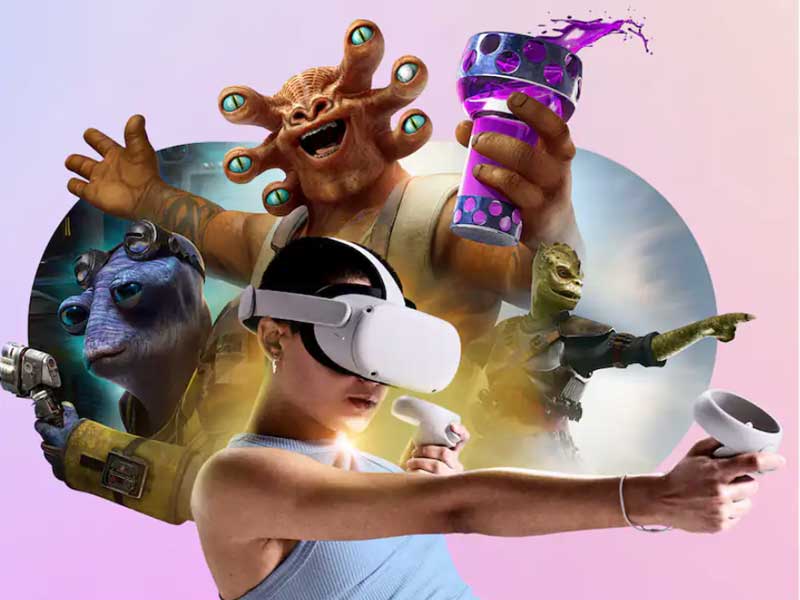 Explore Star Wars: Tales From The Galaxy’s Edge at Disney Springs this summer

Bright suns, gamers! Are you ready to immerse yourself in a galaxy far, far away? The outer rim awaits those who are brave enough to explore it—at Disney parks and beyond!

Disney first brought Batuu to life at Hollywood Studios, where guests can roam the streets, build droids, purchase alien furry friends, grab a drink at Oga’s Cantina, or even create their own character and fulfill missions on their own datapad!

Just when I thought the remote terrestrial planet couldn’t get any more real, video game developers took it a step further. Star Wars: Tales From The Galaxy’s Edge has made it possible to virtually insert yourself into arguably the most epic tale of all time!

Porgs are actually all over the place in here!

Tales from Galaxy’s Edge happens between the events of Episode VIII The Last Jedi and Episode IX The Rise of Skywalker, so it is in the same timeline as Batuu at Disneyland and Hollywood Studios.

The press images show C3PO (you’ll really give him a hand in the game), R2D2, and Yoda, voiced by none other than Frank Oz. Doc Ondar is there, too, but don’t worry, he has a translation droid! 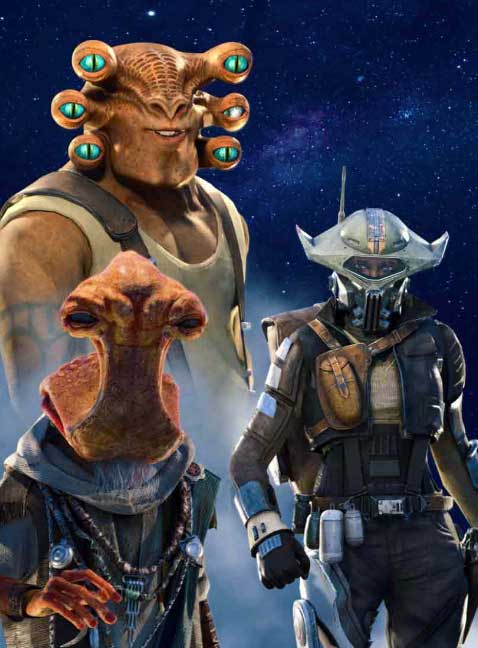 Even more characters to interact with in the Last Call expansion.

The second installment of Star Wars: Tales From Galaxy’s Edge brings in a new group of characters and some all-new adventures. This adventure centers on your retrieval of an acient artifact for Doc Ondar. Check out some of the mysterious characters in the promotional stills! That bounty hunter droid looks like trouble… 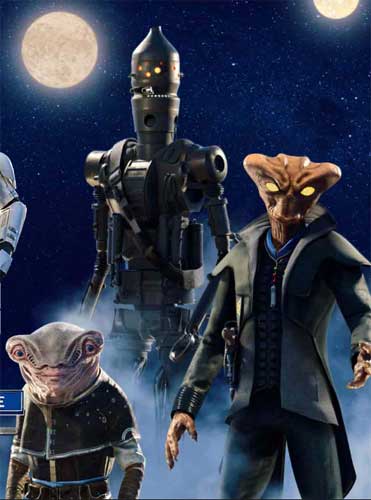 Not ready to commit to the console? Try out virtual reality at Disney Springs if you aren’t sure that you’ll be able to brave Batuu.

In this complimentary preview, you’ll be able to taste the adventure in an extended preview of the game, where you’ll experience a wide array of what Batuu has to offer. You’ll also receive a complimentary swag bag and the opportunity to purchase your own Meta Quest 2 virtual reality headset!

Ready to try it out? While call-ahead reservations aren’t available, head to Disney Springs West Side to reserve a time slot or join the line queue. Tales From Galaxy’s Edge is in the old NBA Experience building near the Cirque du Soleil tent. 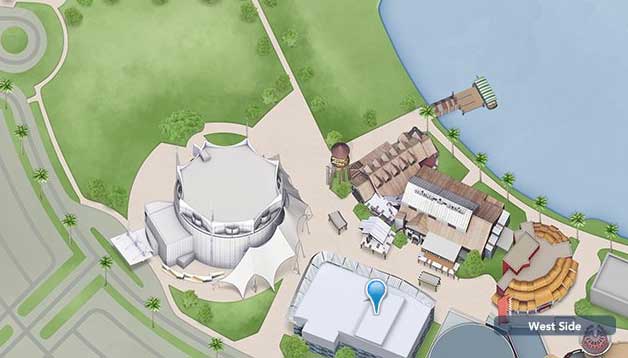 If you’ve wondered what’s in the old NBA Experience building, now’s your chance!

We Went Inside Star Wars: Tales From The Galaxy’s Edge 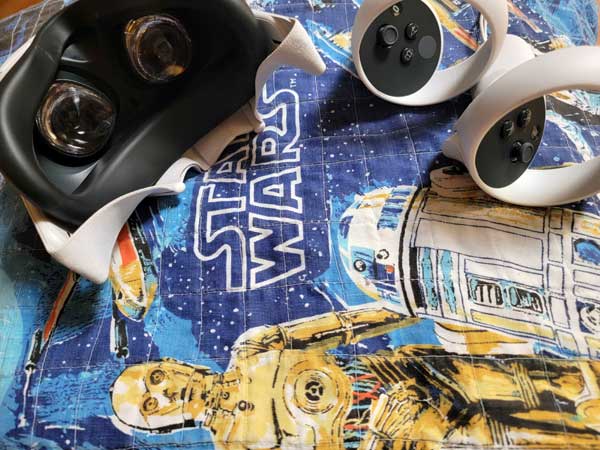 Now you don’t need a park ticket to experience Batuu, or even stop at Disney Springs. Command ships, shoot blasters, save droids and fly via jetpack from the comfort of your living room with a Meta Quest 2 virtual reality gaming console.

When I heard about Star Wars: Tales From The Galaxy’s Edge, I just knew I had to experience this revolutionary technology. With my clunky headset strapped on and living room floor cleared to prevent potential wipeouts, I was ready to embark on an awesome galactic adventure.

I wasn’t prepared for just how real the experience felt! It doesn’t take long for you to forget that you’re actually on Earth. Soon enough, I found myself ducking behind cargo containers, my heart racing as I peeked out to shoot my blaster at mercenaries (to the amusement of my family). Some difficult parts include trying to not drop your blaster and mastering the teleport function. Though, the latter is great once you get the hang of it and can prevent motion sickness.

While playing you can duck and crouch in real life and your character knows to duck behind a crate to blast Stormtroopers from your hiding spot. The Meta Quest 2 guardian sensor keeps you from actually running into stuff around the room.

The number one thing to keep on top of in this game is your health. Learn how to use the bacta spray in the heat of battle and you’ll be OK. Also, don’t get attached to your blaster. This is a world of disposable guns, so just chuck that baby as soon as the battery is dead.

We don’t want to give away too many of the surprises along the way, so let’s say you’ll meet some familiar Star Wars characters, engage in heart-racing battles, and solve a lot of puzzles along the way.

For those who are frequent travelers to Black Spire Outpost, you’ll be thrilled to discover that the game takes you beyond the limitations of the parks. With your DataGrip equipped and a blaster in hand, you’ll explore never-before-seen areas, including outer space aboard a cargo ship and the scenic natural wilds of Batuu.

As you can see, there are tons of ways to experience the thrilling world of Star Wars beyond the movies and parks. Whether you decide to try it out at Disney Springs or bring the galaxy to your living room, don’t miss out on this cutting-edge galactic experience!

May the 4th Be With You—Our Year at Star Wars: Galaxy’s Edge