So, you love the idea of dressing up like a Star Wars character when visiting the parks, but either a) you’re an adult and it’s not allowed, b) you don’t want to spend a lot on an outfit for your kid, or c) you’re a big fan of the more subtle approach.  That’s where Star Wars DisneyBounding comes in!

I recently tried out three Star Wars Disneybounds in Batuu at Disney’s Hollywood Studios. If you haven’t heard about this craze, DisneyBounding basically means that you dress in outfits inspired by your favorite characters or films.  You can go pretty casual or extreme – but the idea is to mix every-day clothes with a couple of quirky pieces to make whimsical outfit perfection.

We’ve got some great Star Wars DisneyBounding outfits to inspire you!

First up, we have to talk about the best DisneyBound inspiration on the internet – DisneyBound.co.  Their curated outfits are simply amazing!  They’ve got ideas from casual park getups to sporty tfits and even formal attire! 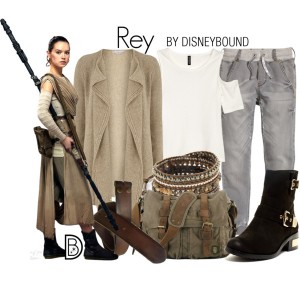 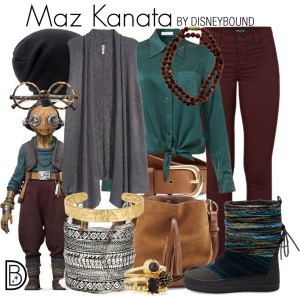 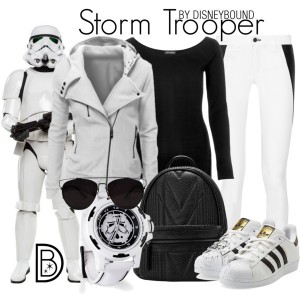 Next, I just LOVE the Star Wars collection from Her Universe.  These pieces let you DisneyBound in style, without the effort of assembling your own ensemble.  From dresses and skirts to tops and bottoms you can mix and match your perfect light side or dark side outfit! 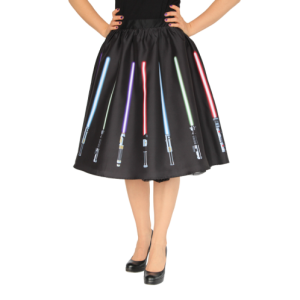 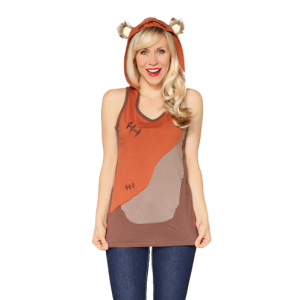 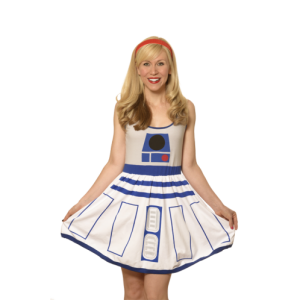 Finally, there’s nothing wrong with simply wearing an article or two of clothing to show your love for Star Wars!  Here are a couple of pics from my last trip – Star Wars logo tank and Stormtrooper purse were perfect to meet Chewbacca and play with Jawas at Launch Bay, and the Darth Vader ugly Christmas sweater was a hit at Mickey’s Very Merry Christmas party! 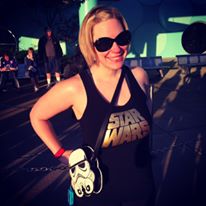 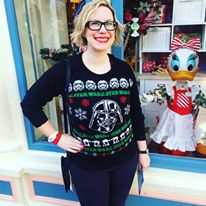 Here is a quick look at my Star Was Disneybounds from the media preview of Star Wars Galaxy’s Edge: 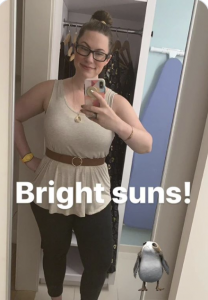 Check out my media preview of Galaxy’s Edge to learn more about my Batuu Disneybounds!

For more on Star Wars and Disney’s Hollywood Studios, check out the digital edition of WDW Magazine! Click here to see the issue!