Spring Into Action With These Marvel Danielle Nicole Bags 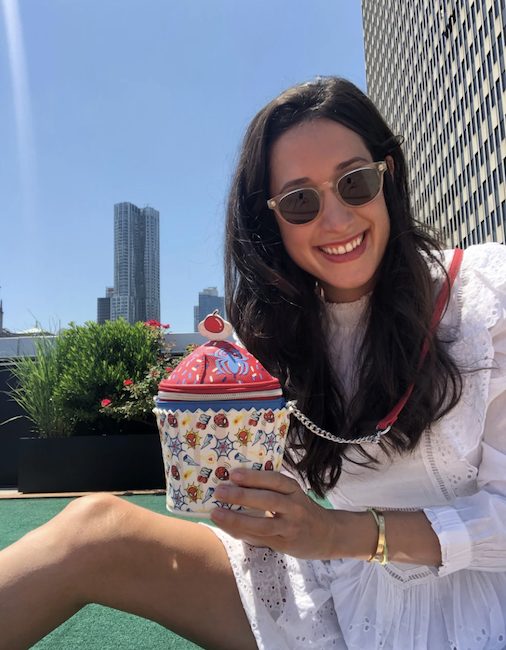 Get ready for an action packed summer with these Marvel inspired bags from Danielle Nicole!

It’s been a good year for Marvel fans! In January fans were invited into the home of Wanda Maximoff, (aka The Scarlet Witch) and were on edge of their seats in anticipation for every new episode of Wandavision to release on Fridays.

In March we got Falcon and The Winter Soldier, and in less than a month we get to follow along with our favorite sarcastic, cheeky, trickster, Loki, in his very own series.

Not to mention, the highly anticipated Black Widow movie will be available on Disney+ as a premier access on July 9!

So yes, it’s a great time to be a Marvel fan, and an even better time to jump on the bandwagon (if you’re not already a fan) because there is a lot of great content coming out on Disney+.

Whenever new characters, shows, or movies are released from Disney, I always get excited for the possibilities of fresh Disneybound ideas– and new Disneybounds gives me a reason to go shopping!

Danielle Nicole is my one-stop-shop for the perfect Disneybound purses! Danielle Nicole is a popular brand that is responsible for a lot of the statement Disney bags and accessories that you see in the parks and on Instagram.

Spring into action with these thrilling Marvel inspired bags from Danielle Nicole!

The highly anticipated Black Widow movie will be available on Disney+ as a premier access on July 9. I was thrilled when the movie was announced at the San Diego Comic-Con in 2019, but I became ecstatic when they announced David Harbour was going to join the cast. Swooooon!

I know Marvel fans everywhere are excited for this release, and Danielle Nicole has designed a bag just for the occasion! I think when I am putting together a Disneybound, the accessories I choose to pair with my outfit with always seem to bring the character I am Disneybounding as to life. 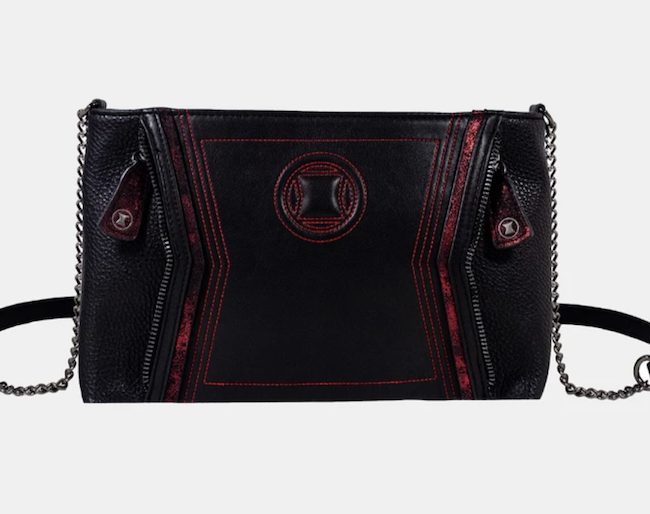 The Black Widow crossbody from Danielle Nicole is the perfect size for a trip to the movie theater. It is cute, compact, and will allow you to level-up your Disneybound with Black Widow’s logo. 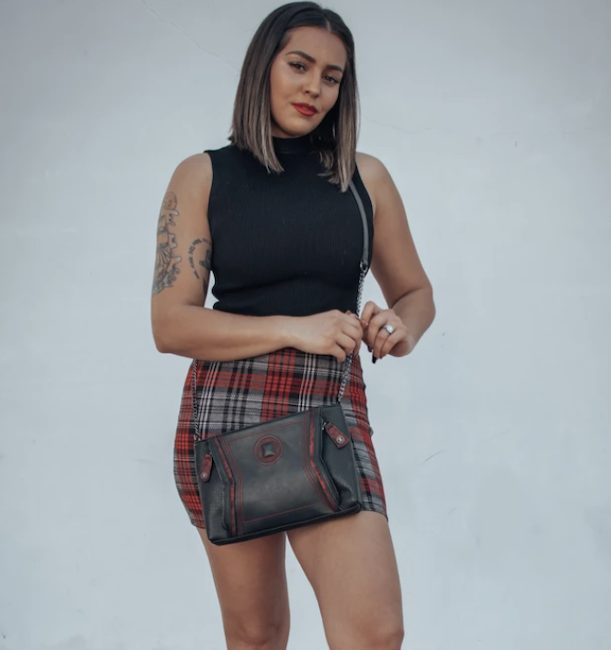 Here is a treat for Spider-Man fans! If you’re on TikTok then you know that fans everywhere absolutely love Tom Holland as Spider-Man. There have been some great portrayals of Spider-Man in the past, but Tom Holland’s performance is my favorite, which makes Disneybounding as Spidey even more. 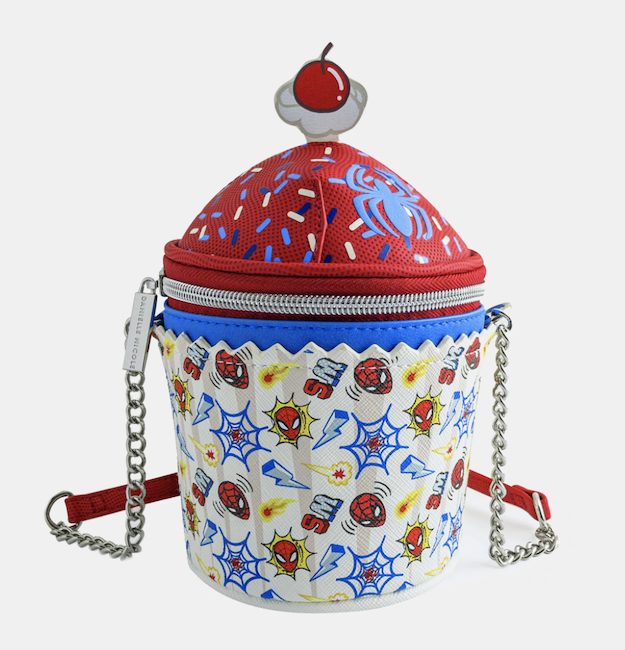 This delicious little accessory is perfect to take along with you to the opening of the Avenger’s Campus at Disneyland on June 4 at Disneyland.

This cupcake bag comes complete with a cherry on top and sprinkles! How cute is that?

This isn’t the first food inspired bag that Danielle Nicole has released. They have released a Mickey shaped Avocado bag and a cute Mickey Mouse ice cream backpack. You can check both of those styles out here!

Yes, Deadpool is Marvel! There is a little confusion around Deadpool, as the Deadpool films are released under 20th Century Fox and we haven’t seen him in any of The Avengers movies. But Deadpool is absolutely part of the Marvel Comics Universe (MCU). He’s just not an avenger. 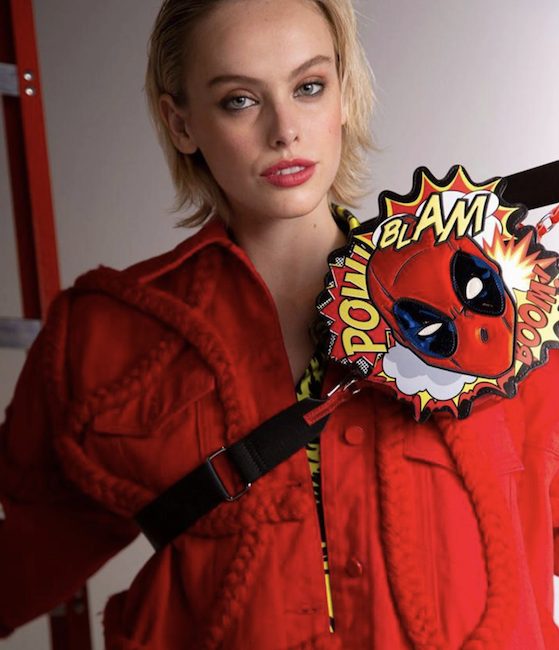 Deadpool is known for his sass, general carelessness towards life, and witty remarks. Ryan Reynolds plays this character exceptionally well, and if you watch Reynolds in an interview, you will see how his real personality blends nicely with Deadpool’s. 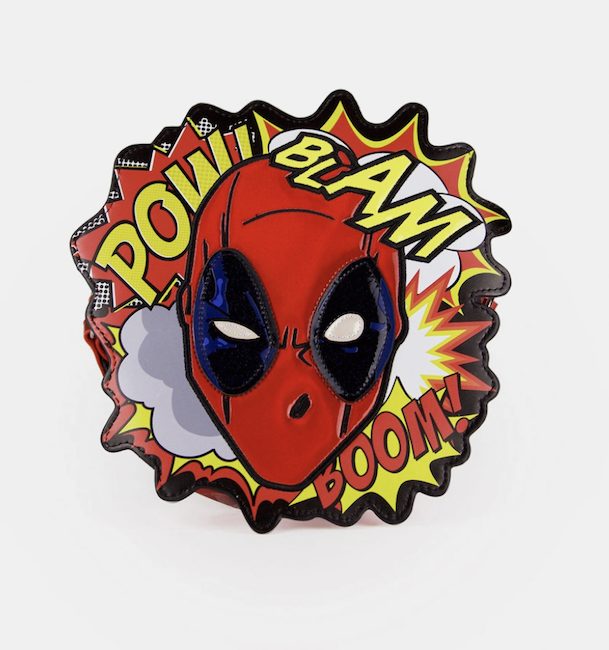 If you’re a Deadpool fan, or just a fan of the Canadian treasure that is Ryan Reynolds, this pop art style bag is a perfect addition to your wardrobe!

You better hurry though! These styles won’t last long. If any of these styles fit perfectly with your next Marvel Disneybound then you’d better act fast, because these are the last Marvel styles left from Danielle Nicole!

Which of these Marvel handbags from Danielle Nicole are your favorite? Tell us in the comments on our Facebook page!