Spoilers: Who is in the Dr. Strange In The Multiverse of Madness Trailer? 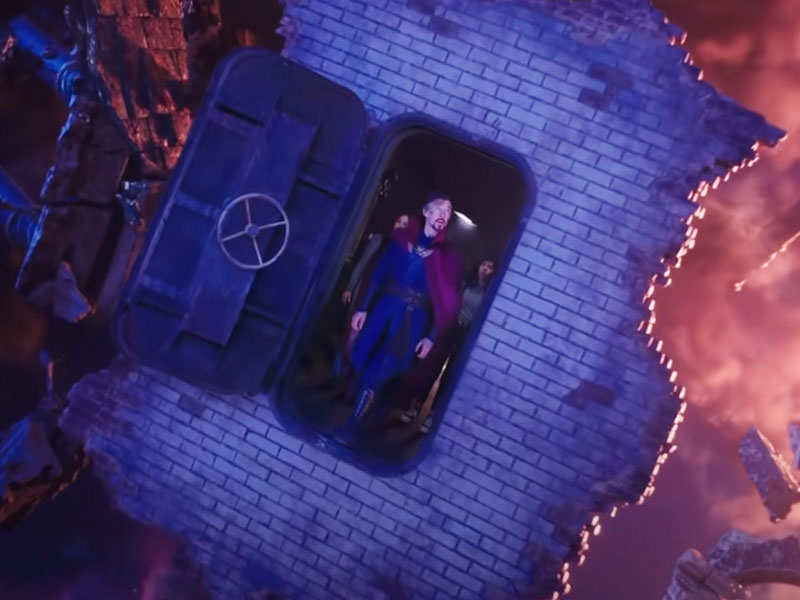 Who is in the Dr. Strange In The Multiverse of Madness trailer? Here are the character spoilers and hints you might have missed.

A new Dr. Strange In The Multiverse of Madness trailer dropped and it’s got everyone talking. Is this a Scarlet Witch movie, too? What’s up with Evil Dr. Strange? And… is that… Jim?

The trailer vignettes happen so fast, it’s full of blink-and-you-missed it Easter Eggs that last milliseconds but speak volumes about the MCU punch this movie is packing.

Check out the trailer that dropped during the Super Bowl in case you haven’t seen it, then keep scrolling for our breakdown of the character moments you might have missed.

1. Wanda and the Scarlet Witch 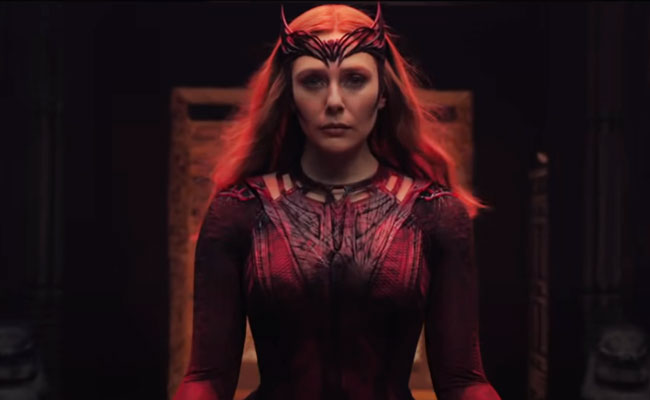 We can’t wait to see Wanda on the big screen again. Screenshot via Marvel Entertainment

Well, of course, you spotted Wanda in the trailer, she’s all over it and we couldn’t be happier! But maybe you missed the scary Scarlet Witch transformation.

It seems like so long since we all fell down the WandaVision rabbit hole, it’s time to finally see how she’s doing.

I know that house! Screenshot via Marvel Entertainment

The scenes in the trailer are foreboding. Looks like Wanda is still working through the trauma that built Westview. This visit back to her WandaVision house shows her conferring with herself as Scarlet Witch. 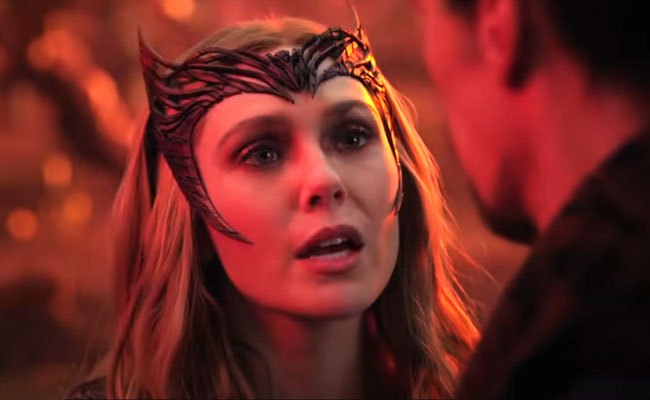 Wanda might get a lil mad in this one. Screenshot via Marvel Entertainment

And in a later scene in the trailer, Scarlet Witch is, well, not real happy and her quip had some edge to it. Her dark side may be winning out… 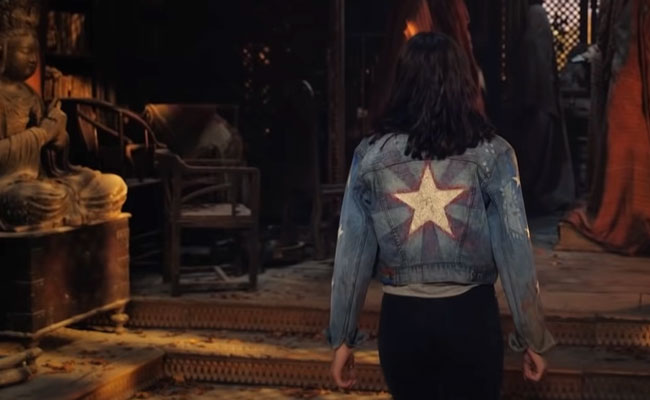 Compared to the other superheroes in the Marvel Cinematic Universe, America Chavez is a relative newcomer.

And to Marvel Comics, too! Her first appearance came in 2011, star of the limited Vengeance series. She would then appear in Young Avengers, A-Force, Ultimates, and West Coast Avengers.

America’s character is no stranger to the multiverse, so Dr. Strange will be pretty happy to have her along for the ride.

In the comics, America Chavez traveled the multiverse as Ms. America via star-shaped portals—but we don’t know where her story starts in Dr. Strange In The Multiverse of Madness, so who knows which of her powers will be developed in this film?

And since she’s such a new hero, there isn’t as much lore to adhere to, so her story could develop much differently in the MCU. 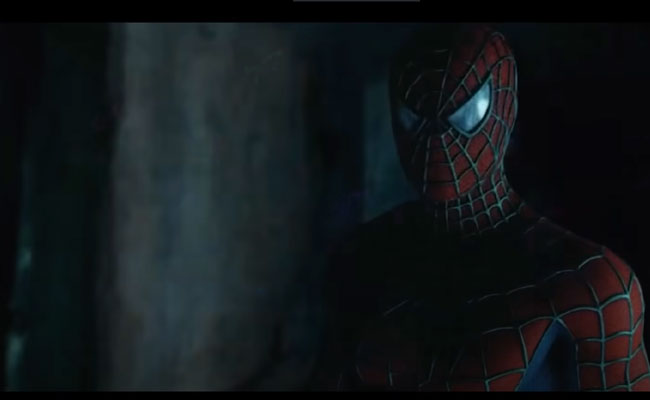 This trailer only featured two Spider-Man suits making a cameo, but the precedent is three, so we’ll hold out hope.

They only show up for a flash in the trailer, so this might just be a short stint to keep the story flowing from Spider-Man: No Way Home. 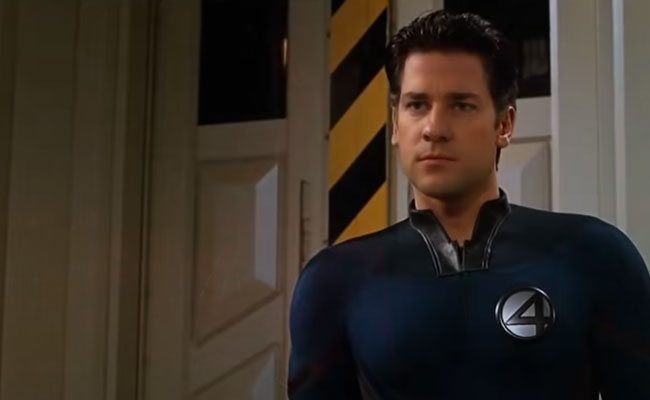 And they said it couldn’t be done … Pam finally talked Jim Halpert into going all-in on a Halloween costume.

John Krasinski will appear somewhere in Dr. Strange In The Multiverse of Madness as Mr. Fantastic.

But don’t get too excited: Since this is the multiverse, he could just be playing a cameo from another timeline that appears for merely a scene.

Or maybe this is the start of a new Fantastic Four franchise? Only the multiverse knows for now. 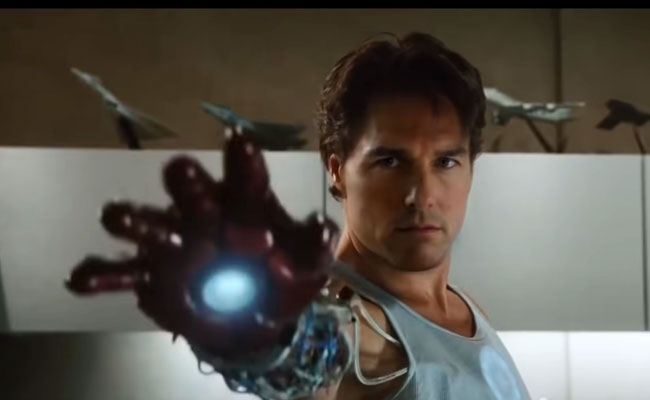 Thought I wouldn’t live to see the day this happens. Screenshot via Marvel Entertainment

Tom Cruise as Iron Man might be the most confusing piece of this preview unless you’re a Marvel comics fan. In that case, you might have laughed out loud to finally see this happen.

I own many an Iron Man comic with Cruise’s visage, so my jaw dropped at this one. Iron Man comics released before the first Iron Man movie featured a Tony Stark that more than resembled Tom Cruise.

This is because Tom Cruise was favored to play Iron Man before it dawned on someone that Robert Downey Jr. simply embodied the role. That explains why we’re finally getting this glimpse of Cruise fashioning his own repulsor glove. 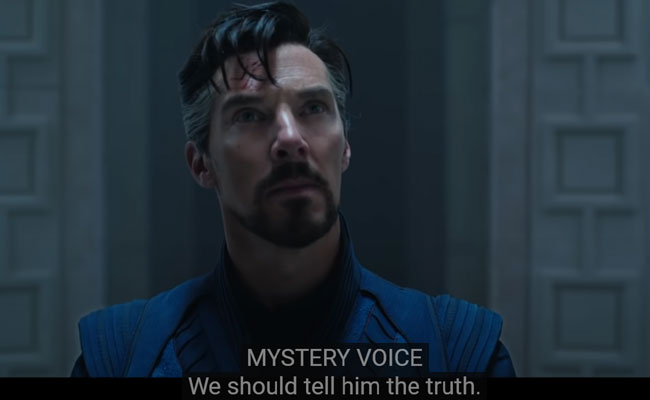 Who is the mystery voice?? Screenshot via Marvel Entertainment

Alright people, buckle up, because when you hear this voice you might rocket into space.

All my hours of watching Star Trek: The Next Generation (and Star Trek: Picard) just paid off. I absolutely know this voice. As I’m writing this right now, by God, I’m drinking tea, Earl Grey, hot.

There is nothing definitive yet. And we don’t report rumors here at WDW Magazine. But with “Mystery Voice” in the captions, you know the MCU wanted us to have fun speculating this one.

Are we finally folding Professor X into the MCU? Nothing is definitive yet, and that’s all I can officially say!

Want to see more? Marvel Entertainment also released the full trailer, which includes more shots of the movie, but less of those “WHAT?” moments that flashed by in the big game trailer: