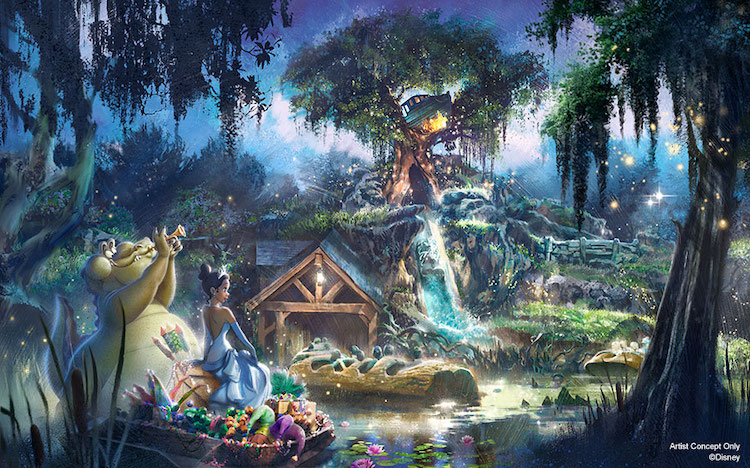 Disney just delivered some really big news: they are re-theming Splash Mountain to be a Princess and the Frog themed ride!

This may come as a big shock to die-hard Disney fans. Splash Mountain is such a beloved ride, and it’s a true staple of any trip to Disneyland and Walt Disney World.

I’ll admit that I’m a little sad to say goodbye to Brer Rabbit and his friends (and enemies) but I know Disney will put so much love and effort into re-theming Splash Mountain. 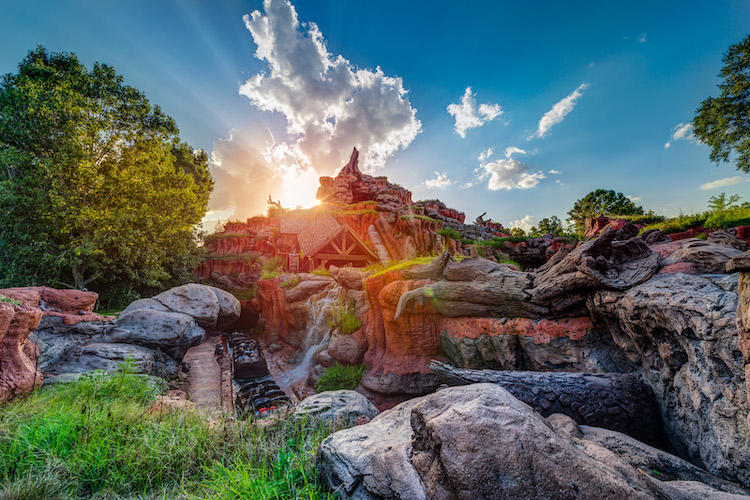 Splash Mountain, as we know it now. Photo by Cliff Wang

So instead of despair, I’m choosing to look on the bright side! And I think you should do the same.

Here are some things to look forward to (and hope to see) with the re-theming of Splash Mountain into a Princess and the Frog attraction! 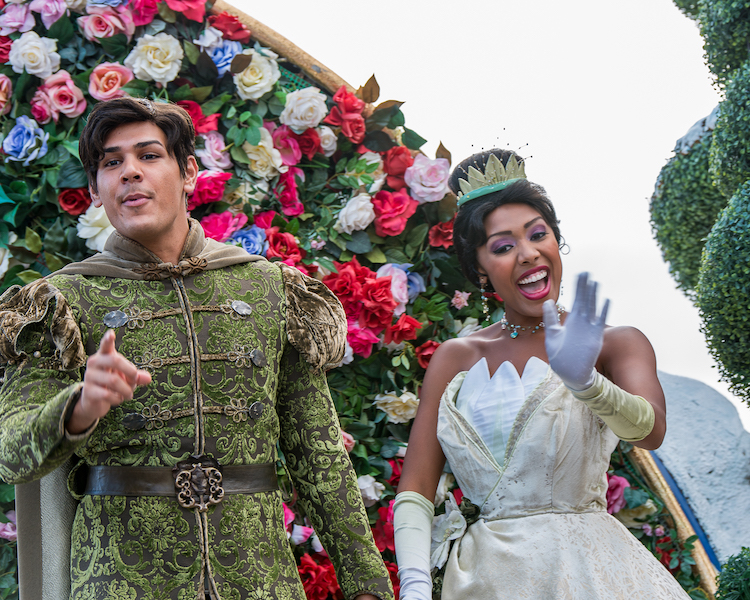 Disney didn’t go into a lot of detail on the ride’s new story, but we do know that it takes place after the movie ends, and features Princess Tiana and Louie. The pair are preparing to perform at Mardi-Gras.

My family and I actually watched Princess and the Frog just a couple night ago, so the movie is completely fresh in my mind.

Much of the movie takes place in the bayou, which honestly translates really well into the vibe Splash Mountain already has laid out.

I can really see myself riding through the Louisiana bayou, with the swamp and all its inhabitants surrounding me with the song “Gonna Take You There.”

I’m picturing Louie and Tiana needing to gather lots of friends for a big Mardi-Gras performance, but running into some big Voodoo problems.

We’d have cameos from Mama Odie and of course Prince Naveen, and maybe even Ray! 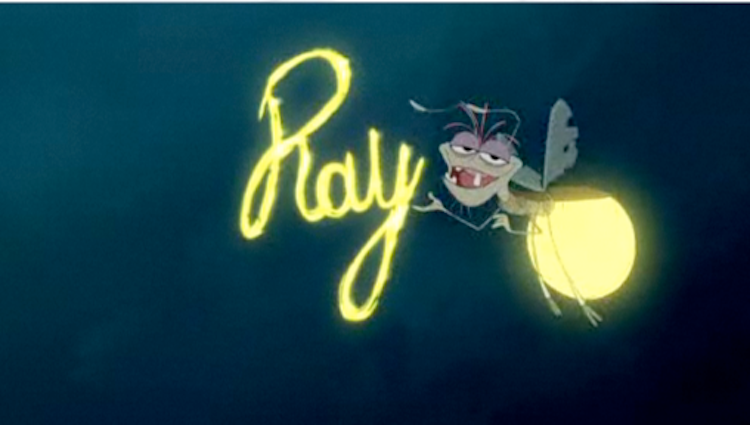 I do wonder if Disney will bring back Ray and Dr. Facilier, who both met their ending during the film. As this is supposed to take place after the movie ends, I can see Disney needing to get a little creative.

There are a couple really awesome elements I could see coming to life on this new ride.

Based on the movie, we can guess that evil Voodoo will play a part as the villain on this attraction. Even if we don’t see Dr. Facilier as we know him, he could come back as a spirit.

I could see some really epic light displays and special effects going on with the evil spirits crawling around the walls, trying to foil Tiana’s plans for the perfect Mardi-Gras. 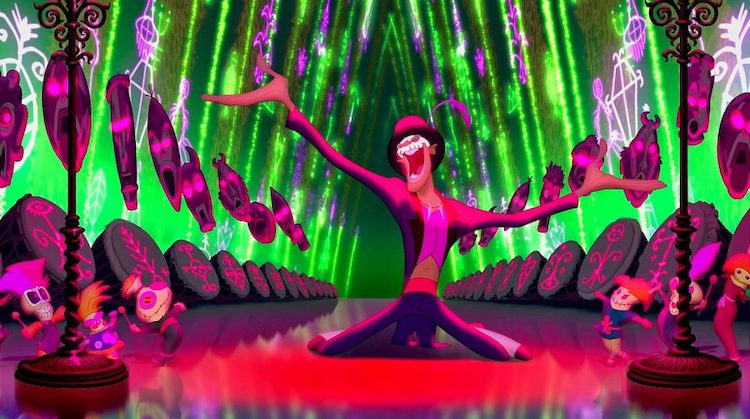 I’ve got friends on the other side. Image Courtesy of Disney

The perfect ending to this epic new attraction would put us at a swinging Mardi-Gras party on a riverboat. Louie, Tiana, and Naveen will serenade us as we celebrate.

It’s easy to see the final scene of Splash Mountain turning into a riverboat celebration—the elements are pretty much already there! 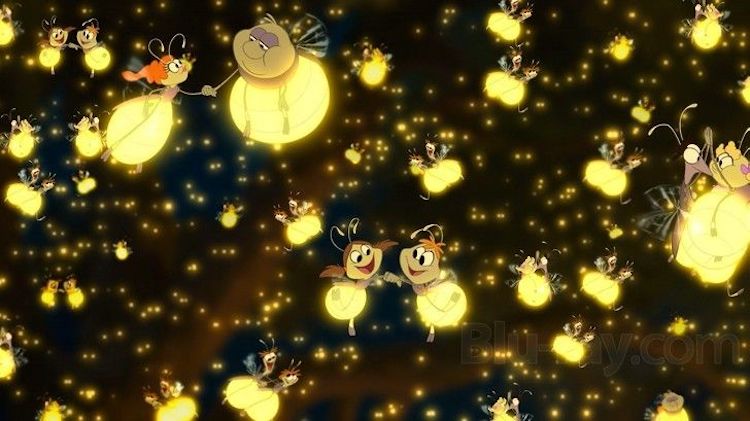 Oh, and to top it off, the scene will be made even more beautiful with Ray’s firefly family surrounding the night like stars in the sky. Fireflies all over the ceiling and in the trees would be a truly breath taking finale in the bayou.

Outside the ride itself, we have to wonder if we’ll see any further changes to the surrounding area. 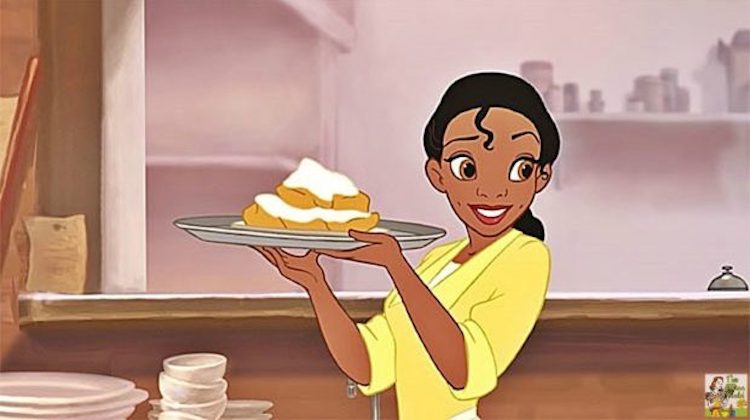 One thing we could really hope for is some delicious beignet to munch on in park! I’m hoping for at least a snack cart nearby, but could even see an entire restaurant popping up nearby.

After all, the whole movie is about Tiana realizing her dream to own her own restaurant, Tiana’s Place (which becomes Tiana’s Palace by the end).

No matter what, beignets should be involved. 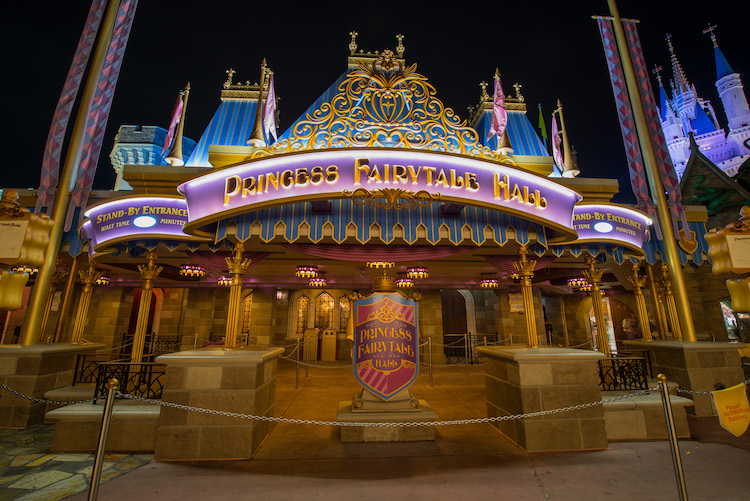 Because Tiana will now have her very own attraction, I wouldn’t be surprised if she gets her own meet-and-greet location.

Many characters with their own title attractions meet somewhere nearby (Winnie the Pooh and friends, Princess Jasmine). It only makes sense to put her close to her own ride!

Her meet-and-greet location, like Merida’s, would be totally themed to her, and would make meeting Tiana even more special.

That would also make room for a new princess to begin meeting regularly in her place at Princess Fairytale Hall. I wonder who it could be!

What’s In A Name?

What will the new ride be called? Image Courtesy of Disney Parks Blog

Beyond what will happen on ride, one thing I am REALLY wanting to know is this: what will the ride be called?!

Honestly, I really hope they stick with Splash Mountain, or at least keep the “mountain” in the name. I know it’s a new ride, but the name is so iconic, beyond even the theme of the ride.

What would we do without the third mountain in our Disney mountain range?

Maybe it could be as simple as Splash Mountain: A Journey Through The Bayou. Or, they could change it up a little and call it Swamp Mountain? That’s not very good. Don’t listen to me on that one, Disney.

No matter what they name it, even if they decide to retire the mountain with the re-theming, I know it will all be okay and the ride will still be filled with Disney magic.

Disney is wonderful at creating the ultimate attractions for their guests to enjoy. I have no doubt that this ride will be no exception.

While we don’t know a timeline for when Splash Mountain will close for renovations, or when we can expect the new ride to open, we can continue to look forward to new and exciting things coming to Walt Disney World and Disneyland.

And, we’ll keep you as up-to-date as possible with all Splash Mountain: Princess and the Frog Edition related news. Be sure and subscribe to our newsletter!