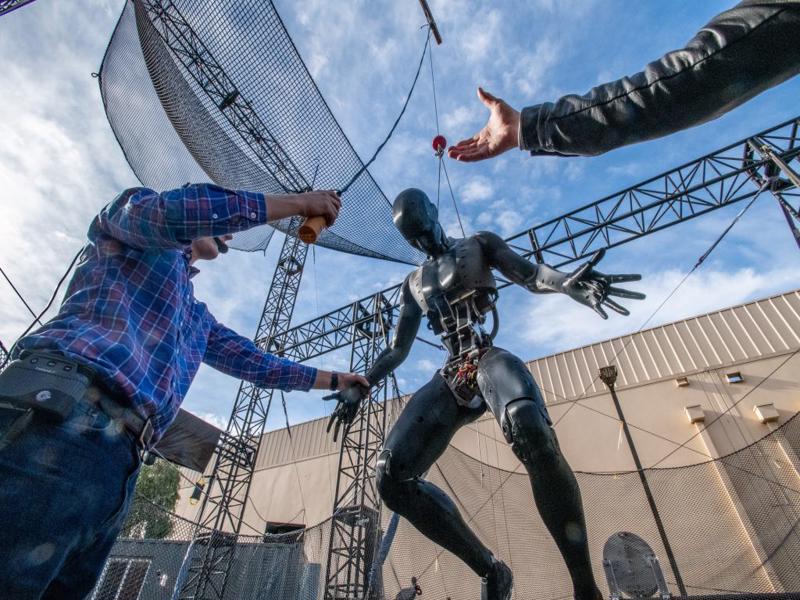 That Spider-Man you see doing crazy stunts over Avengers Campus in Disneyland is in fact an advanced animatronic built by Disney Imagineers!

If you’ve already paid a visit to Avengers Campus, you’ve no doubt been wowed by the aerial acrobatics of everyone’s favorite web-head. But did you know: That ain’t no Spider-Man; it’s a Spider-Manimatronic.

Avengers Campus, the newest addition to Disneyland which opened on June 4, is home to a rad Spider-Man animatronic. Thanks to the ingenious work of Disney Imagineers, this Spider-Man looks extremely lifelike even as it’s hurtling high over the sky.

How Does the Spider-Man Animatronic Work?

It’s worth noting that Spidey isn’t just any animatronic. He’s a Stuntronic, a stunt-double animatronic perfected by Disney Imagineers.

Disney began working on its Stuntronics a few years back. The goal from the outset was to create an animatronic that could strike lifelike poses in midair.

Thanks to a complex system of onboard sensors, the Stuntronics can flip, twist, and pose while being flung through the sky. Disney Research scientists leveraged the law of conservation of angular momentum to give the Stuntronics their pinpoint-precise performative abilities.

Best of all: Disney using Stuntronics means that no stuntpeople are put at risk. That’s what you call a win-win.

Does Avengers Campus Use Real Spider-Men?

Why, yes! If you stop to check out the aerial show, you’ll see Spider-Man scampering and flipping across the walkway over WEB SLINGERS before he launches into the sky. That’s a real human being.

So, no, this Spider-Man animatronic isn’t stealing jobs from hardworking human performers. Just making their jobs a bit safer.

What Comes Next for Disney Stuntronics? 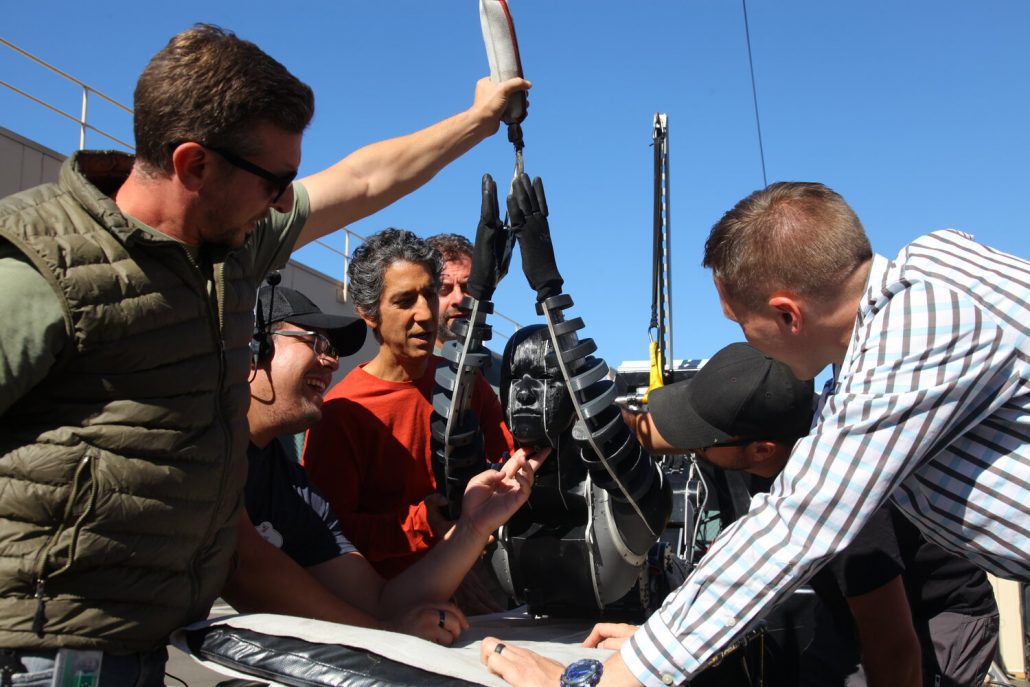 Which characters will get the Stuntronic treatment next? Courtesy of Walt Disney Imagineering

You can bet that this incredible technology won’t stop with just one Spider-Man animatronic. As Nerdist’s Dan Casey muses in the video up top, it’s probably not going to be too long before we get Stuntronics of characters like Iron Man and Din Djarin.

How far Disney will take its Stuntronics from here? Will Disney replace some of its already impressive animatronics with Stuntronics?

You can just picture it: Abraham Lincoln emerges from the Hall of Presidents, hat in hand, to wrestle the 25-foot-tall yeti from Expedition Everest. Make this happen, Disney.

But even if we never get Honest Abe suplexing a mythical monster, the Spider-Man animatronic at Avengers Campus bodes well for the future of animatronic entertainment at Disneyland and beyond.

Which characters should Disney turn into Stuntronics next? Tell us who you want to see performing death-defying feats our Facebook page!