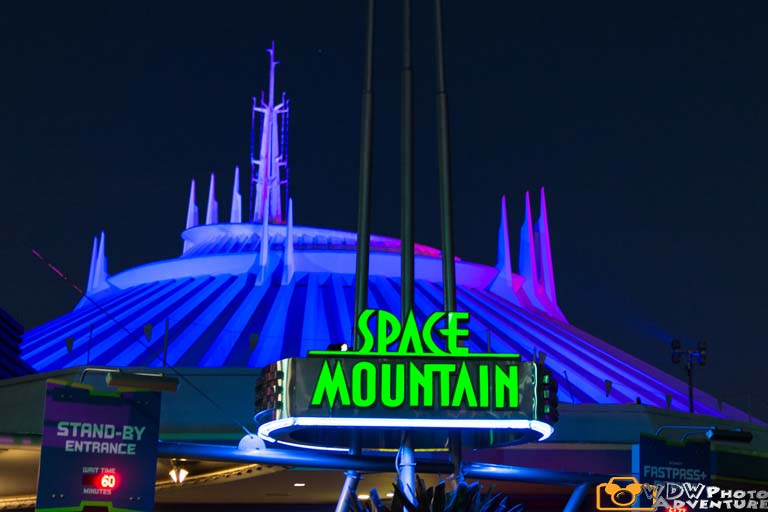 One small step for man, one giant leap for mankind… those words would unite the global community, inspire decades of interest in the space program, and cement the intrigue with space travel in our collective psyche.

While certainly not the feat of landing on the moon, WDW’s Space Mountain would set thrill rides on an entirely new course and define a new class of theme park attraction forever.

Space Mountain took Disney Imagineers on a journey full of challenges like they’d never encountered before, but they emerged triumphant with a classic attraction that is still as popular today as when it opened in 1975.

One of a handful of rides that debuted at WDW in Orlando instead of at Disneyland in Anaheim, Space Mountain was a long time in the making.

Walt first approached Disney Legend John Hench about building it in 1964, and the concept changed names three times, from “Space Voyage” to “Space Port” and finally the name “Space Mountain” materialized in 1966.

Uncle Walt had a dream to build an outer space-themed coaster but the technology just didn’t exist in the 1960s. But John didn’t forget after Walt’s passing in 1969. 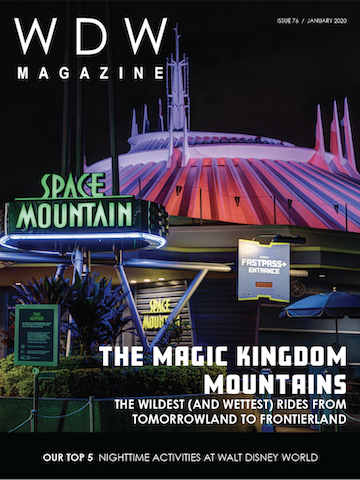 Time Catches Up to Walt 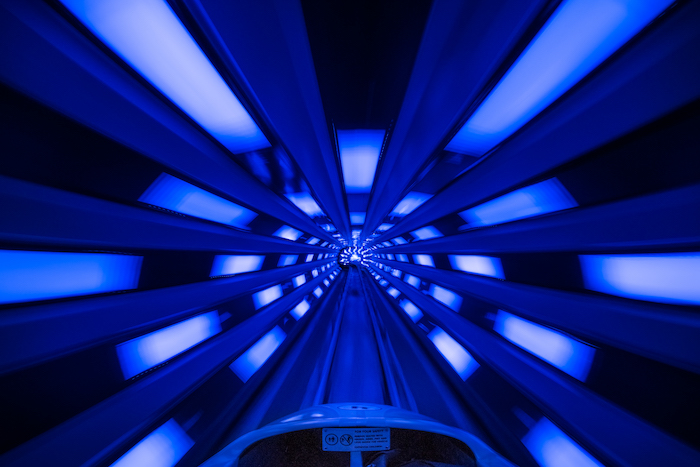 “The one that seemed like an impossible dare when you were small, that felt like a hero’s journey when you rode it for the first time all those years ago.” Photo by Cliff Wang

The idea never left the drawing table and after the success of Magic Kingdom, Imagineers returned to fulfill Walt’s dream.

In 1975, with the right technology and Imagineering know-how, Space Mountain became the world’s first roller coaster controlled by a computer. 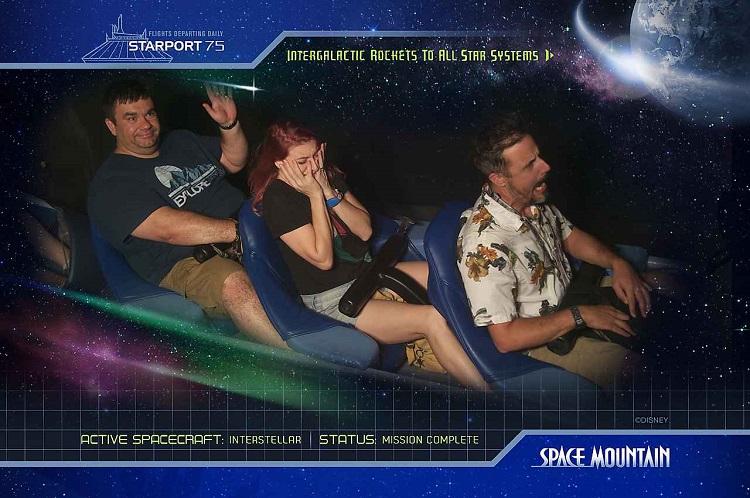 The tubular steel coaster track (adapted from the design of the Matterhorn Bobsleds track, which was the first of its kind in the world) was assembled indoors–another first!

The enclosed indoor coaster concept has since been copied many times the world over, but when you ride the Magic Kingdom’s Space Mountain, you’re riding a piece of history.

As a front-runner in so many ways, it makes sense that it is also one of the first attractions to implement WDW’s Photopass on-ride face recognition technology.

Read more about Space Mountain in the January 2020 issue of WDW Magazine!