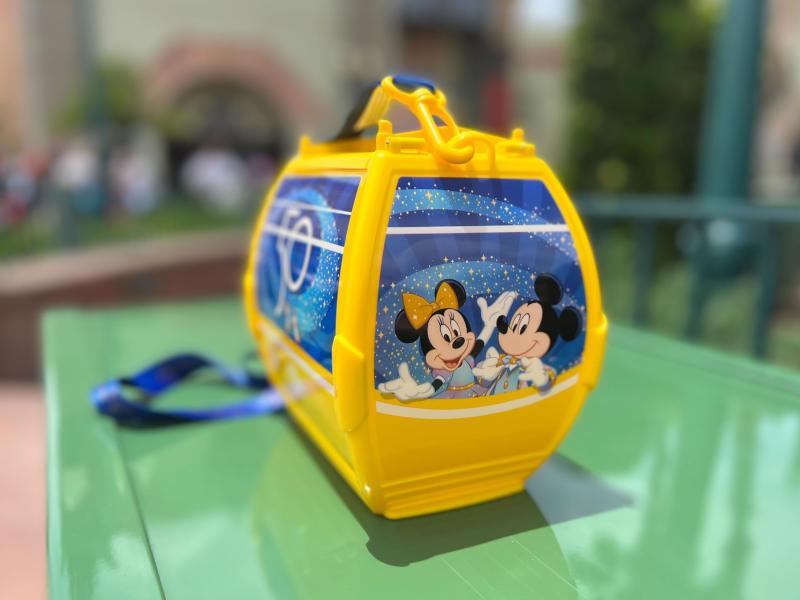 Normally, eating anything you find on a Disney transportation vehicle would be a very bad idea. This new Skyliner popcorn bucket is the exception to the rule.

Keep reading to find out where you can find your own at Walt Disney World.

Where To Find It

Our reporter, Ilana Robinson, spotted this souvenir bucket at a popcorn stand in Hollywood Studios. Specifically, the stand to the left of Mickey & Minnie’s Runaway Railway. 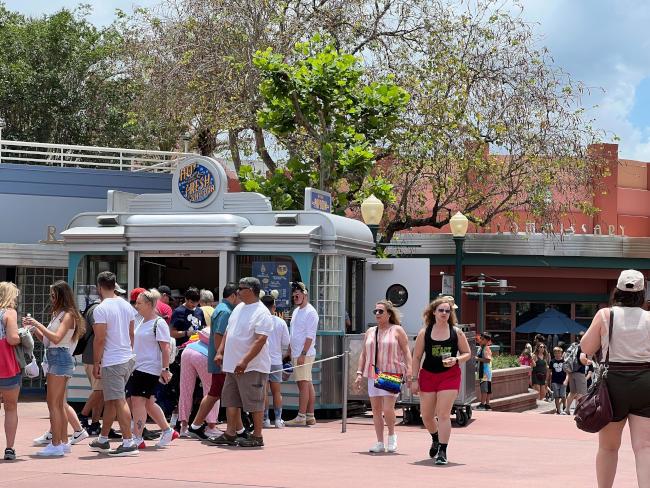 If you want to ask for it by name, its official moniker is the 50th Celebration Skyliner Popcorn Bucket.

How Much Does The Skyliner Popcorn Bucket Cost? 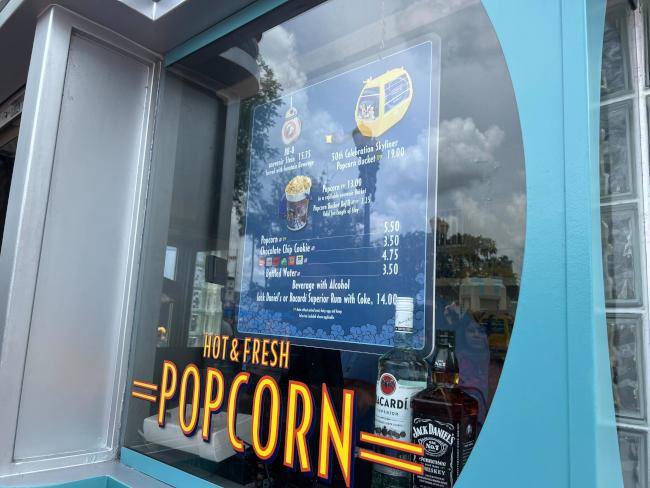 The Skyliner popcorn bucket retails for $19. That’s a slight price increase compared to similar buckets. (You might remember the Onward popcorn bucket that was sold for $18 back in 2020.)

Given that this one is themed around the 50th Anniversary Celebration, the cost is likely tied to its collectible status.

The bucket is yellow and modeled after the Skyliner gondolas that allow for easy breezy travel around Walt Disney World.

You’ll notice that the sides have character artwork on them. Just like the real thing! 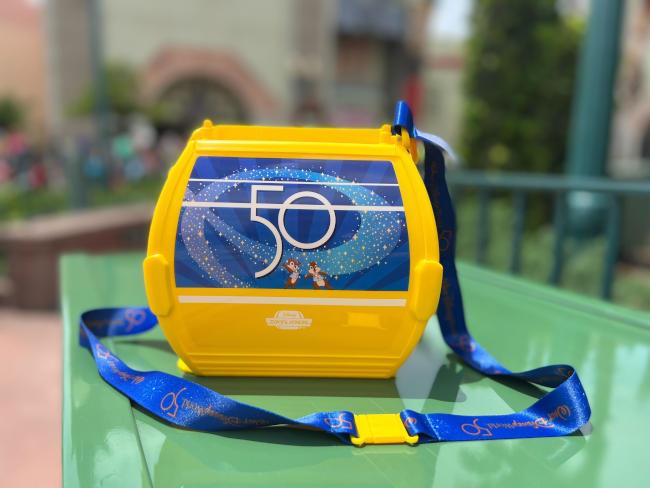 One side is illustrated with the number 50 and Chip ‘n’ Dale in their EARidescent celebration vests. 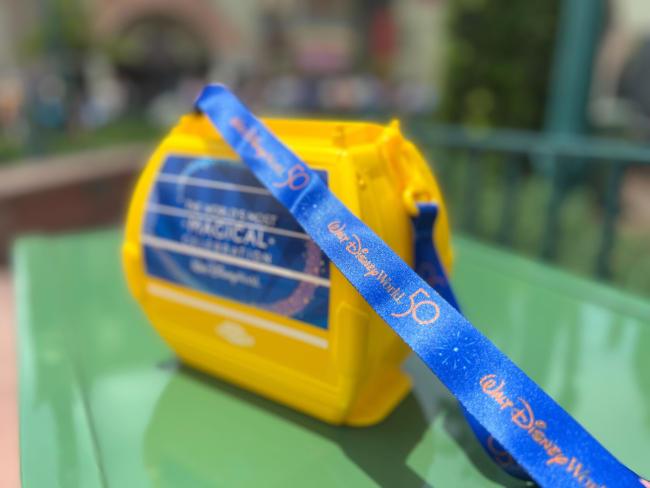 The opposite side says, “The World’s Most Magical Celebration,” with a flourish of sparkles. To allow for the convenience of portable snacking, the popcorn bucket comes with a blue strap decorated with fireworks. 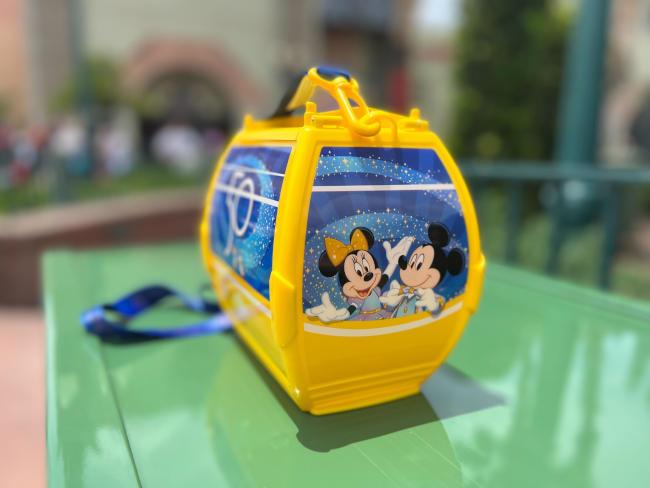 At the back, Mickey and Minnie (looking as dapper as ever) are peering out the window.

It even has gondola doors molded on the side. But don’t try prying those open to get your popcorn. They’re just for show. This container actually opens from the top.

Will You Be Getting A Skyliner Popcorn Bucket?

Let’s hope this souvenir bucket isn’t as elusive as that other notable popcorn bucket based on a certain purple dragon.

If your trip to the Parks isn’t complete without a ride on the Skyliner, you’ll definitely want to seek this one out.

Oh! Speaking of Skyliner travel … we’ve got a map for that if you need it.