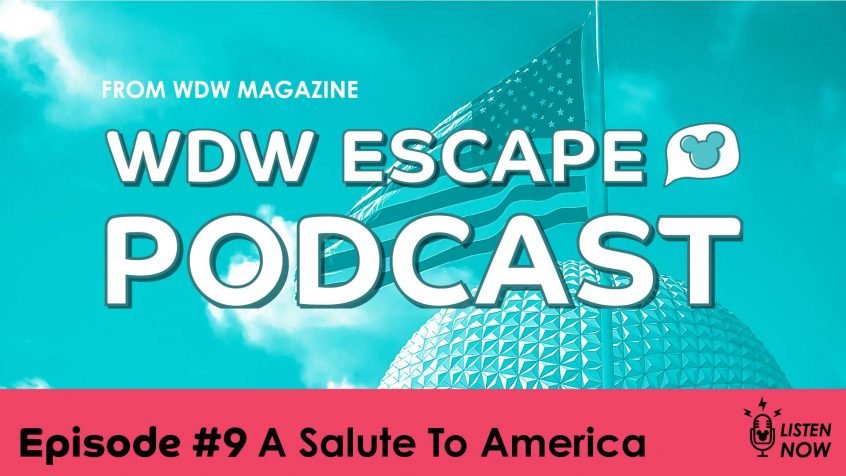 This week on WDW ESCAPE, we celebrate the Fourth of July with a Salute to America!

For more info on WDW Escape, click here—or listen to all our episodes. Listen to today’s Salute to America episode while following along with the transcript and photos below!

MALE: Walt Disney was a visionary, a dreamer, an artist, a showman and perhaps most of all, he was a patriot. His love for America lives on to this day in the parks that bear his name. They are full of both a deep respect for history and an unshakable faith in the limitless potential of that Great Big Beautiful tomorrow.

FEMALE: Walt’s love for America powers the spirit of Walt Disney World, and is shared by the millions of people who love the Most Magical Place on Earth. In honor of Independence Day, and in celebration of America, we asked our team at WDW Magazine to share some of their most treasured, most Star-Spangled experiences for this special episode. This is what they had to say. 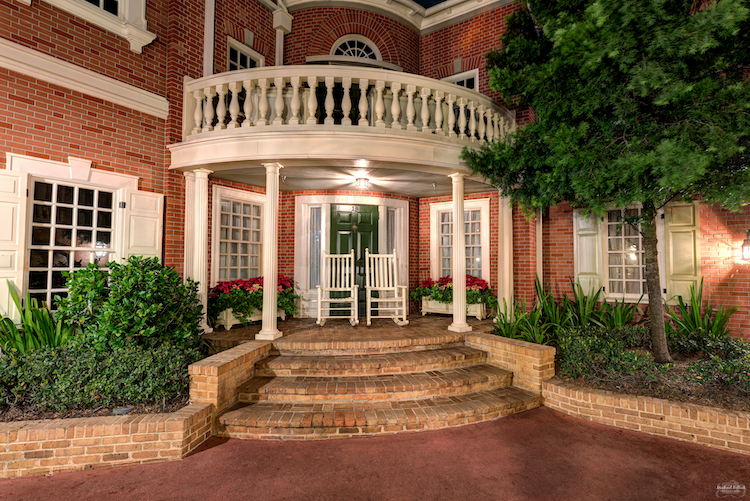 MALE: I love Liberty Square. I don’t know why, but I get very sentimental about it. It’s just unapologetically American, and it makes me happy. It’s that perfect Colonial America that everybody imagines. From the time that my kids were little, every time we walked through the Square we would get a picture of the kids in the stocks.

My son on the left, and my daughter on the right. Every visit, sometimes more than once, they never got tired of it. We have a stack of those pictures now.

They get taller, and the haircuts change, but the smiles stay the same. I look back at those pictures now and it’s like winding through our lives together in just a few seconds. I’m so grateful that we were able to share that time together in that wonderful place. 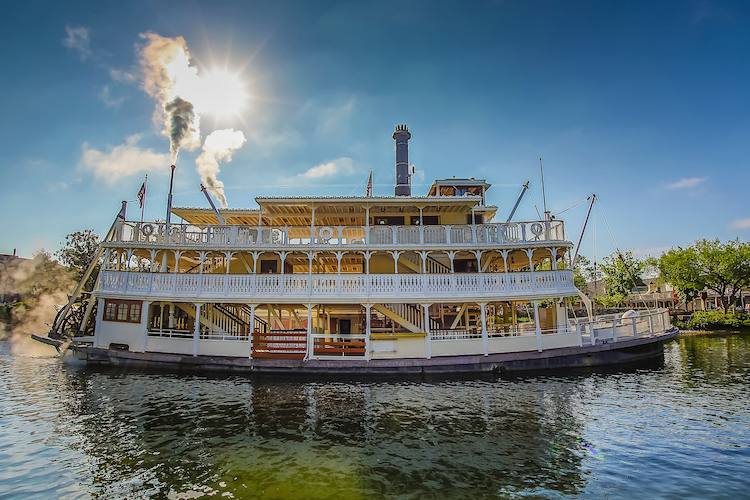 FEMALE: The Liberty Belle is my favorite bit of Disney World Americana. It seems so funny, this great big, wonderful steamship in a little lake, but it has big dreams, though, just like America.

The first time I remember riding her I think my parents got on because there wasn’t much of a line, but I fell in love with it right away. It really takes you on a magical journey, when you get back you really feel like you’ve been somewhere! I never miss taking that trip. 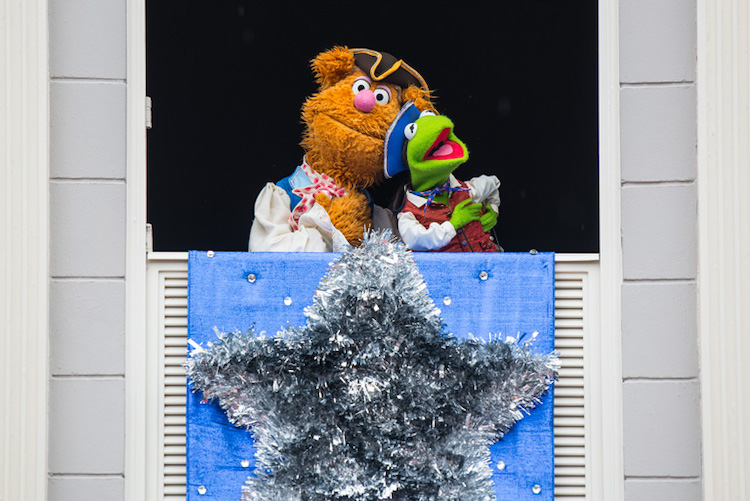 MALE: I really loved the Muppets show in Liberty Square, I really miss that one.

I know everyone loves character meets and costumed characters, and I do too, but there was something about that show… I mean, these were the Muppets.

Not somebody in a suit, these were the actual Muppets. The first time I saw it, I was a little bit star-struck, and yes I know how that sounds. And yes, they had fun with history, but it was always respectful, and there were parts that came right out and made you feel proud. It was just a perfect Disney experience.

AUDIO – KERMIT THE FROG READS THE DECLARATION OF INDEPENDENCE 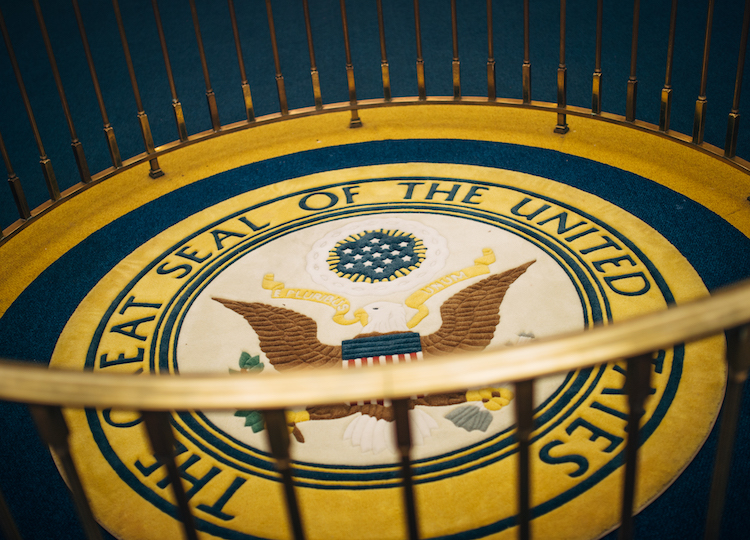 AUDIO – FROM THE HALL OF PRESIDENTS

FEMALE: I just can’t resist the Hall of Presidents! It’s pure Disney, through and through. Celebrating the past by wrapping it up in the future.

Who can resist? The first time I saw it, I’m not sure how many of Presidents I knew. I guess I probably knew which one was Lincoln, but maybe not, I was pretty little. One thing I know is I never forgot them! That experience really fostered a love of American history that has lasted to this day. 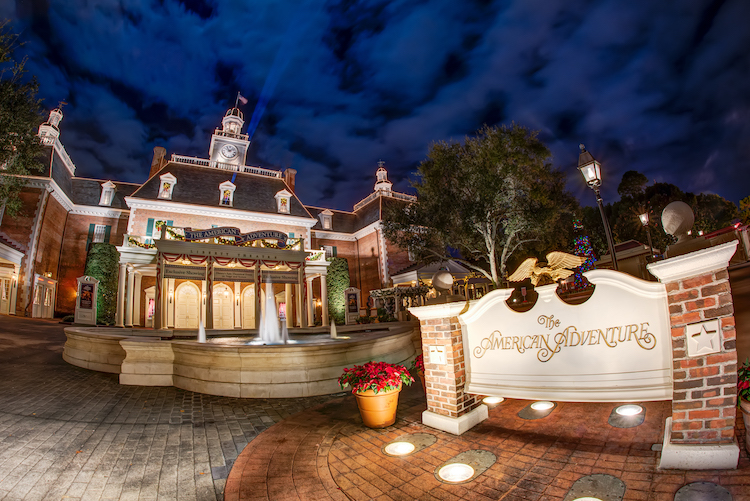 MALE: The American Adventure is my favorite show in my favorite Disney Park! It doesn’t matter how many times I see it; I never get tired of it and it gets me every time.

I love the show, I love the music, and most of all what I love is the spirit of the whole thing. I wish that everyone in this country could share that experience just once, to remind us all of how lucky we are to live in this great land, and to take pride in America and everything we have achieved as Americans.

I’m not much of a softie, but my wife has caught me with a tear in my eye more than once at the end of the show. I’m not embarrassed to show my pride, but she does get a giggle out of it, and that’s okay too, I guess. 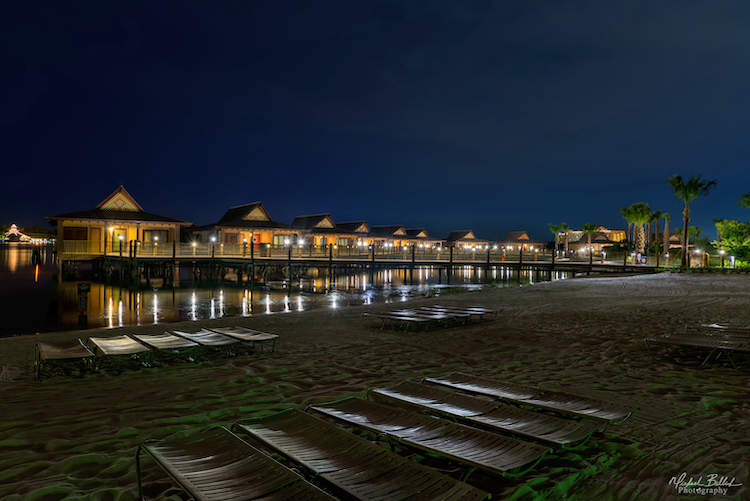 FEMALE: My family and I have been staying at the Polynesian Resort since I was six. My parents always made it a point to get lake view rooms so we could see the Electrical Water Pageant.

Little rafts go by right as it gets dark showing different creatures and animals with a musical interlude to match. Once all the floats are displayed, they turn into American flags and play the anthem. Every time that happened, we’d stand and put our hand on our hearts. Now my husband and I do the same thing with our son to keep the tradition going. 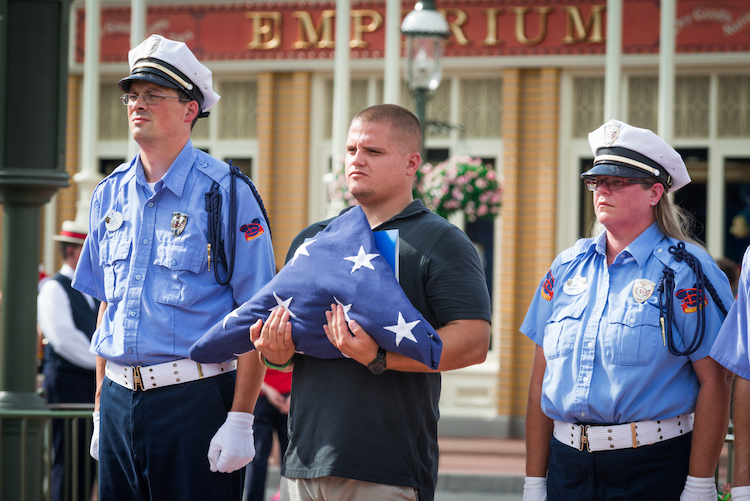 MALE: My parents have always been extremely patriotic people. One of Walt Disney’s most endearing qualities to them, was his patriotism. While there is no doubt they loved each other deeply, my parents were never big on public displays of affection.

Back in 2009, they finally got to witness the Flag Retreat at the Magic Kingdom. They hadn’t known I was also watching from behind them. My Dad, a veteran of the US Army stood proud. My mom, the daughter of a US Navy veteran wiped tears from her eyes.

They held hands throughout the ceremony. When it was over, they looked at each other with prideful smiles and then my Dad kissed my Mom on the forehead. It took my breath away. I never told them I had been there with them, watching them. It was clearly a private moment, but also a gift for me. It is the greatest memory I have or ever will have from Walt Disney World. 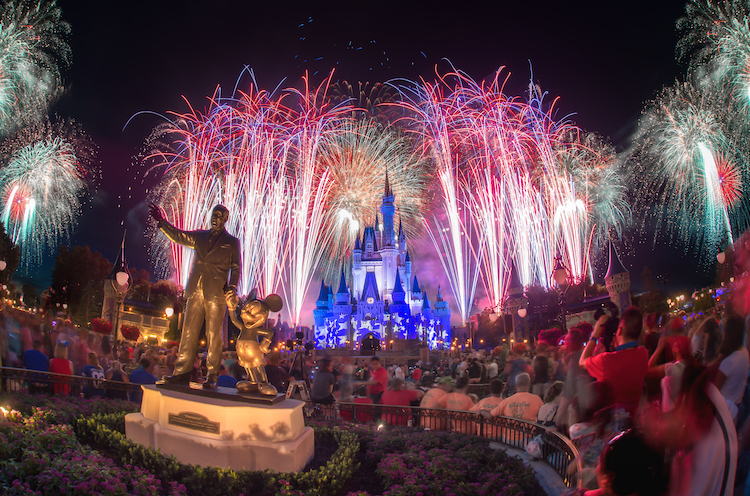 FEMALE: I was a brand-new Central Florida resident, feeling both ecstatic to be living in the shadows of Cinderella Castle and nervous about making a home for ourselves in a state far, far away from our previous home. To acquaint ourselves, my boyfriend and I had been spending a lot of time in our new backyard: the Disney Parks!

Never having seen the highly-praised 4th of July fireworks at Disney, we knew we had to change that as new locals.

We headed to Magic Kingdom hours before the show was set to start and scoped out our spot on Main Street USA. I ‘ll never forget the bright bursts of lights.

The music began, cheers arose on Main Street, and we were suddenly encircled in the most awe-inspiring, grandiose, 360-degree fireworks extravaganza either of us had ever witnessed! With bursts of blindingly beautiful white lights exploding in literally any direction we looked, we stood on Main Street USA and let the show unfold around us…as Walt Disney World’s 4th of July fireworks welcomed us home.

MALE: Thank you for joining WDW Escape for this very special tribute to America, and the Disney Magic that helps us all celebrate the Land of the Free and the Home of the Brave on Independence Day and every day. On behalf of everyone at WDW Magazine, have a Magical Day and God Bless America.

AUDIO OUT – FIREWORKS AND MUSIC