REVIEW: The Beatles: Get Back Is The Best Documentary on Disney+ 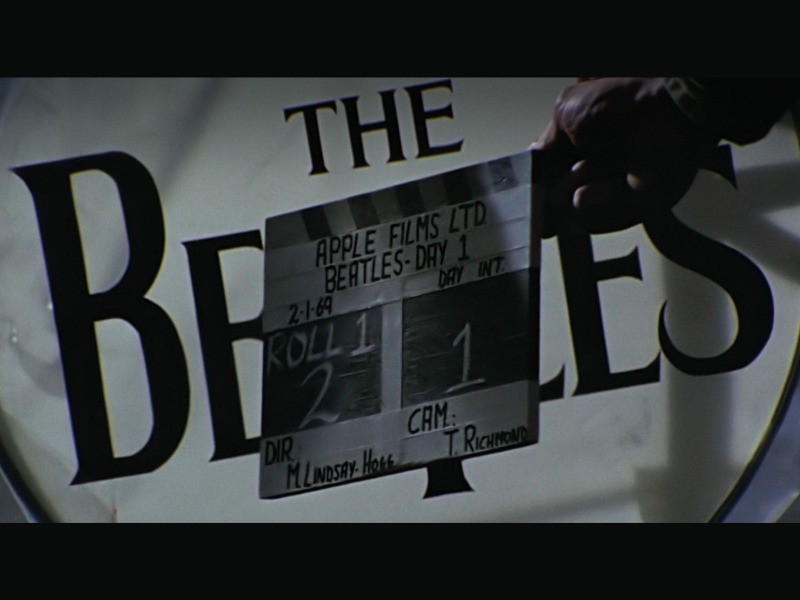 Scroll on for our full review of The Beatles: Get Back on Disney+.

The Beatles: Get Back is finally here on Disney+, but how does it compare to the original Let It Be? More than that, is it faithful to the true story of The Beatles’ most troubled project?

These questions and more, answered in our honest review of The Beatles: Get Back.

Sourced from the footage originally shot for 1970’s Let It Be directed by Michael Lindsay-Hogg, 2021’s The Beatles: Get Back gives viewers a much closer, more intimate look at the band that changed not just rock, but popular music forever. 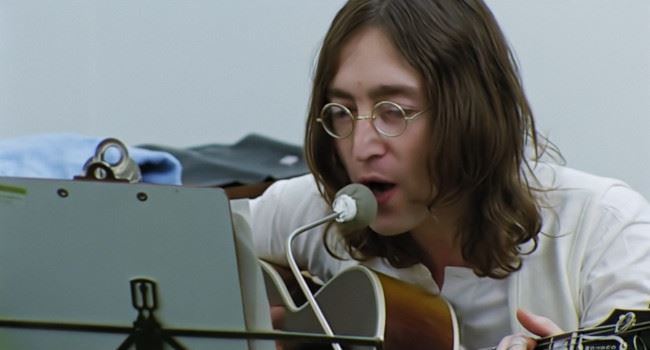 Not only does it give fans a view of the turbulent final days of The Beatles, but it also shows the sort of compassion and comradery one might expect to see between four life-long friends.

But Get Back gives us more than a unique view of The Beatles working in the studio; it also includes many heartwarming goofs and gaffes between the lads. It shows that even though Let It Be was more or less the project that broke up The Beatles, there were still a lot of lighthearted moments and love involved in the creation of the original documentary and the accompanying Let It Be album.

Review: The Beatles: Get Back Tells a Better Story Than Let It Be

The original Let It Be documentary is infamous nowadays for being incredibly hard to find. It’s been out of print for decades, and even Get Back director Peter Jackson had to shell out $200 for a copy.


After viewing both, I can confidently say that Get Back makes Let It Be look like nothing more than a highlight reel. Both share many of the same moments, which isn’t surprising seeing how they’re sourced from the same footage, but Let It Be lacks any sort of central plot or or premise. Until the famous “rooftop concert” at the end, Let It Be is little more than an hour of The Beatles goofing around in the studio.

In contrast, 2021’s The Beatles: Get Back lays it all out to bare—from the very beginning of the documentary, Director Peter Jackson makes it very clear that his intention is to show the order of events as they happened. No favoritism, no bias, no censorship (heed that content warning!). 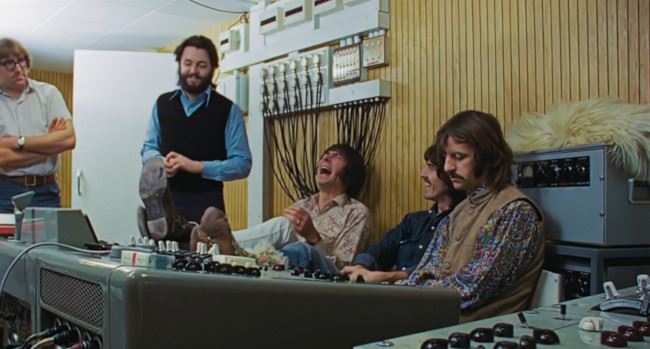 Whereas Let It Be chose to omit the moment George Harrison (briefly) left the band, Get Back shows moments like this, along with others in all their melancholy glory.

The Beatles: Get Back Features The ENTIRE Rooftop Concert

I’ll be honest: The allure of 6+ hours of unseen archived footage was more than enough to hype me up for Get Back’s debut this Thanksgiving, but what really marked my interest were the rumblings that Get Back would feature the entirety of the legendary “rooftop concert,” which was also the final public appearance of the Beatles as a group—ever. 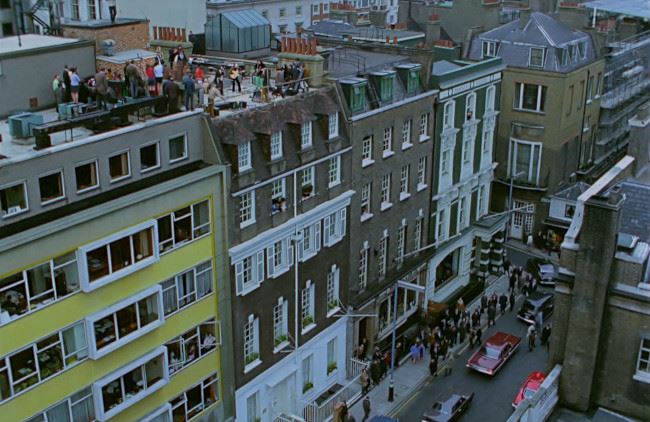 Portions of this concert have been available for years, sourced from both the original Let It Be film and various bootlegs, but never has it been available as a complete concert.

Now with the release of Peter Jackson’s The Beatles: Get Back, fans new and old alike finally have the opportunity to see and hear the concert as a Londoner in 1969 might have. 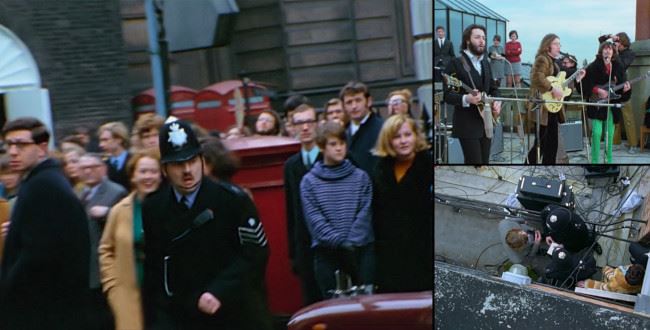 Sure, the “new” concert tracks included on The Beatles: Get Back are mostly different runs of tracks that did appear in the Let It Be documentary, but you don’t have to be a Beatles completionist to appreciate these alternate takes on well-loved classics.

Not only that, but interspersed throughout the tunes, we get views of the streets of London and treated to interviews of both fans and critics alike as people gather around Abbey Road Studios to catch a glimpse of what was, at the time, the first public appearance of the band since they stopped touring years earlier.

Get Back Is A Fantastic Look At The Creative Process

As someone who plays, appreciates, and writes about music, I can say one thing for certain—music is hard. Not only that, but sometimes it just seems hopeless … hitting a wall as a musician is just like getting writer’s block, but worse because it involves notes and melodies, too. 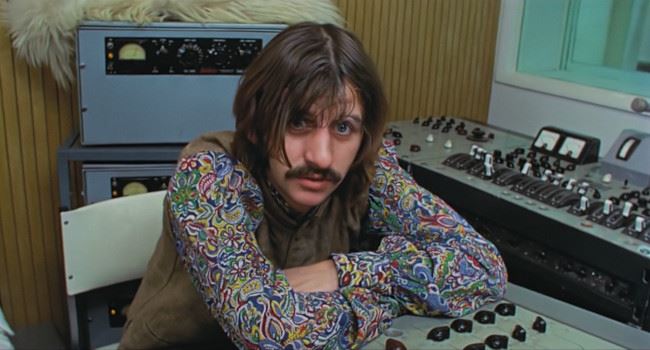 Pressed to conceive, write, and perform an entire album’s worth of new material in the span of just a few weeks for the Let It Be album and documentary, The Beatles’ backs were more or less against the wall for the duration of the project. However, even under the stress of such a quick deadline, the four were able to produce some stellar tunes—and in The Beatles: Get Back, viewers are privy to the entire process.

One of the greatest moments of the documentary, in my opinion, is the moment we see McCartney’s random strumming and humming evolve into something beyond that. In just moments, his noncommittal strums transform into the first few lines of “Get Back” (the song), and an almost ethereal feeling fills the room as it becomes obvious that he’d just stumbled into something incredible. 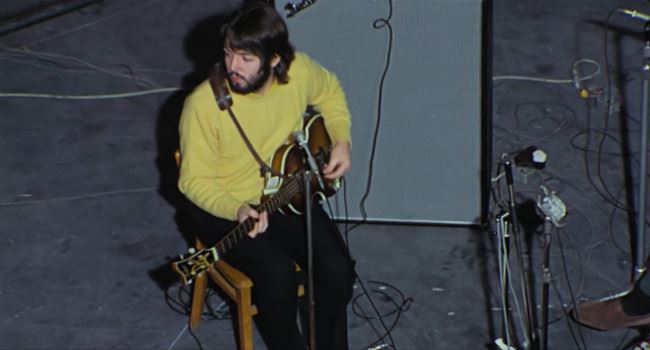 From there, viewers are treated to practice sessions, rehearsals, and more, showing the entire process of turning idle noodling into a final recording ready to be pressed to a record.

The Beatles: Get Back Is A Treasure Trove For Beatles Nerds

Now, let’s face it: Let It Be isn’t exactly the most popular Beatles album. Overshadowed by the much more critically acclaimed Abbey Road, Let It Be has often been described as uninspired and tacky, compared to other works from the Fab 4.

Personally, I really dig tracks like “Dig A Pony” and “I’ve Got A Feeling,” but I can understand why some might consider those tracks weaker than something as, say, “Strawberry Fields Forever.”

That being said though, even if you aren’t a fan of “Maggie Mae” or “One After 909,” Peter Jackson’s The Beatles: Get Back is absolutely essential for anyone, both die-hard fans and idle listeners alike. Not only does Get Back make a point to mention when it’s showing the very performance of a track that appeared on Let It Be, but it also features demo versions of tunes that would later appear on Beatles member’s future solo albums. 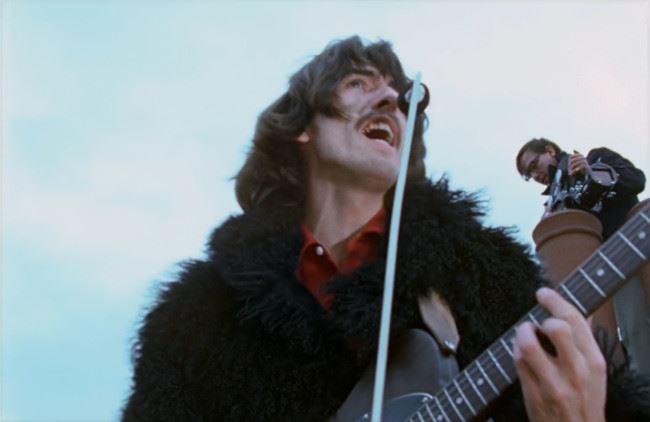 John Lennon’s “Jealous Guy” makes an appearance as “Child of Nature,” as does “Gimme Some Truth,” and not to mention the inclusion of a couple of tracks that would later appear on Harrison’s All Things Must Pass.

Even between tracks, the entertaining banter between The Beatles and their crew can’t be understated. Throughout the entire three-episode docuseries, I had to keep reminding myself that these were real events, featuring real people. No script, no outline—all of the jokes they crack at each other make this a worthwhile watch all in of itself.


The Beatles: Get Back Review

In 1970, Let It Be served as a sort of eulogy for The Beatles. It showed them at their weakest and most vulnerable, capturing the fissures that had developed between the four members in almost excruciating detail. In many ways, Get Back is much the same and, at times, is even more raw and uncomfortable than Let It Be. 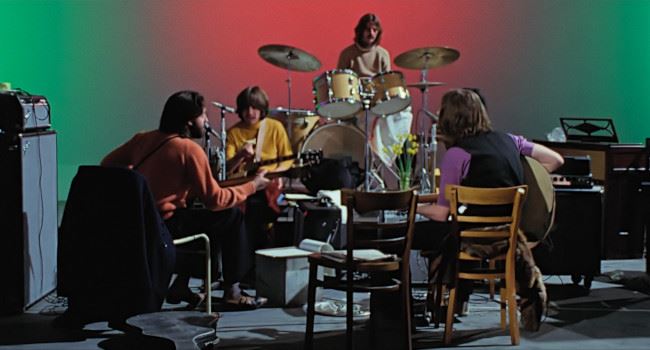 Despite that though, Get Back, over all, is a much more positive look at the project that killed The Beatles and shows, above all else, that they were a family like any others. Through good times and bad, they all still cared about each other—and in The Beatles: Get Back, it shows.

I recommend this documentary not just to fans of The Beatles, but to anyone who loves music. Just be sure to heed the content warning at the beginning, because sometimes it really does get “so heavy.”

Are you a Beatles super fan? What did you think of The Beatles: Get Back? Tell us your thoughts over on our Facebook page!

The Beatles: Get Back on Disney+ Streaming Over Thanksgiving Weekend

Kurdt is an avid Disney fan and full-time computer geek, working as both tech support at home and as the Systems and SEO Manager of WDW Magazine. His favorite WDW park is Hollywood Studios, and his favorite Disney "princess" is H.R. Giger's Alien.

Kurdt is an avid Disney fan and full-time computer geek, working as both tech support at home and as the Systems and SEO Manager of WDW Magazine. His favorite WDW park is Hollywood Studios, and his favorite Disney "princess" is H.R. Giger's Alien.